On June 3, Hyundai delivered the first ix35 Fuel Cell vehicle in Europe, to the City of Copenhagen in Denmark.

Production of the company's hydrogen-fueled vehicle began in February.

That means that its first production hydrogen fuel-cell vehicle is now on the roads, albeit at low planned volumes (like most fuel-cell cars).

Hyundai says it will build 1,000 of the hydrogen-fueled compact crossover by 2015, at its Ulsan factory in South Korea. It has been developing fuel-cell technology since 1998.

That vehicle will come to the U.S. as the Hyundai Tucson Fuel Cell, although whether it will be offered to retail customers or only for fleet use remains unclear.

“Hyundai Motor is committed to hydrogen as the fuel of the future for Europe," said Hyundai Motor Europe president Byung Kwon Rhim during the delivery ceremony.

He called hydrogen fuel-cell vehicles produced on an assembly line "a realistic solution to the region’s sustainable mobility needs.”

In a followup interview with Miles Johnson, Hyundai's senior manager of midwest product public relations, AutoblogGreen found that the company remains cautious about the prospects for hydrogen cars.

Johnson's point--expressed several times within a lengthy six-paragraph statement--is that even if Hyundai and other makers can bring down the cost of hydrogen-fueled cars after 2015 through higher production volume, they'll remain limited to those few areas where hydrogen-fueling infrastructure exists:

"The fuel cell station infrastructure in the US still needs the government's financial support."

"Infrastructure development in the US has been slow, thereby limiting any potential demand."

"Currently Hyundai is investigating potential demand for the Tucson Fuel Cell Vehicle in the US market, particularly in California, where most of the H2 refueling infrastructure development has taken place."

Essentially every car-owning U.S. household has electricity, meaning it has the potential for its own "fueling infrastructure." 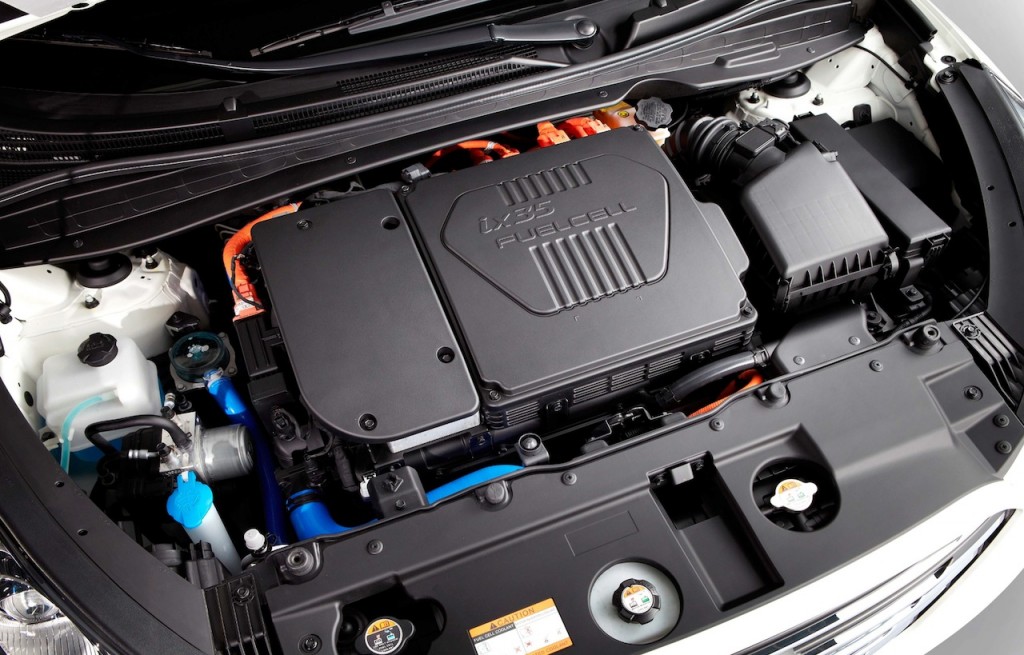 Hydrogen stations, on the other hand, cost more than $1 million apiece to install, with roughly 15,000 needed to cover the U.S. if each one were optimally located.

Fewer than 100 hydrogen fueling stations exist in the U.S. today, against roughly 1,000 for natural-gas vehicles (about half of which are open to the public).

Today, Honda, Hyundai, and Toyota each plan to offer low numbers of hydrogen vehicles between now and 2016.

Daimler, Ford, and Nissan-Renault announced early this year that they would combine their hydrogen fuel-cell development programs.

At the same time, Mercedes-Benz delayed its production launch of a hydrogen vehicle for two years, until 2017.

It was one of four makers that had committed to launch production cars powered by hydrogen between 2015 and 2018.

General Motors has pulled back from its broader research on hydrogen vehicles to concentrate on plug-in electric vehicles.