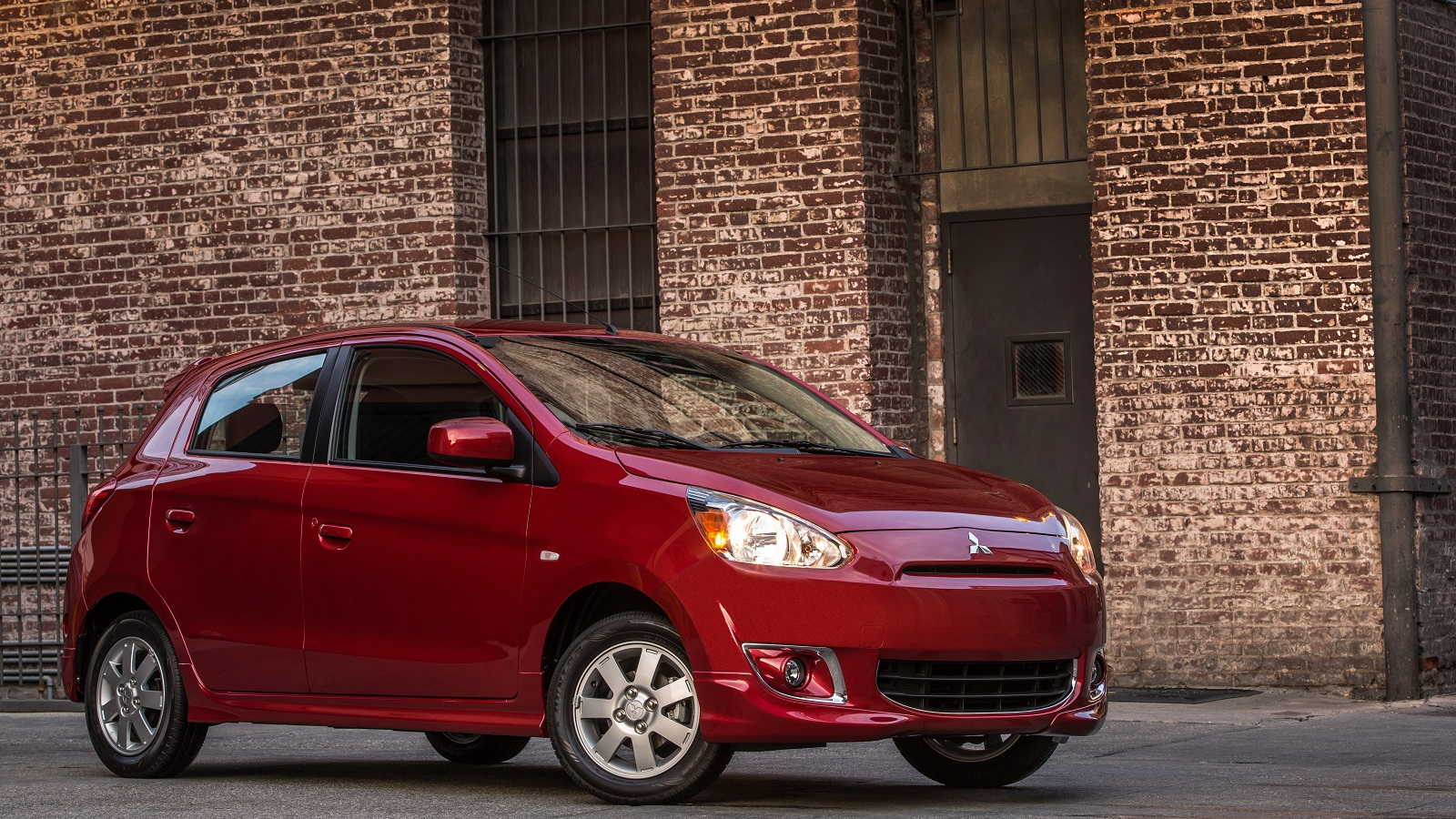 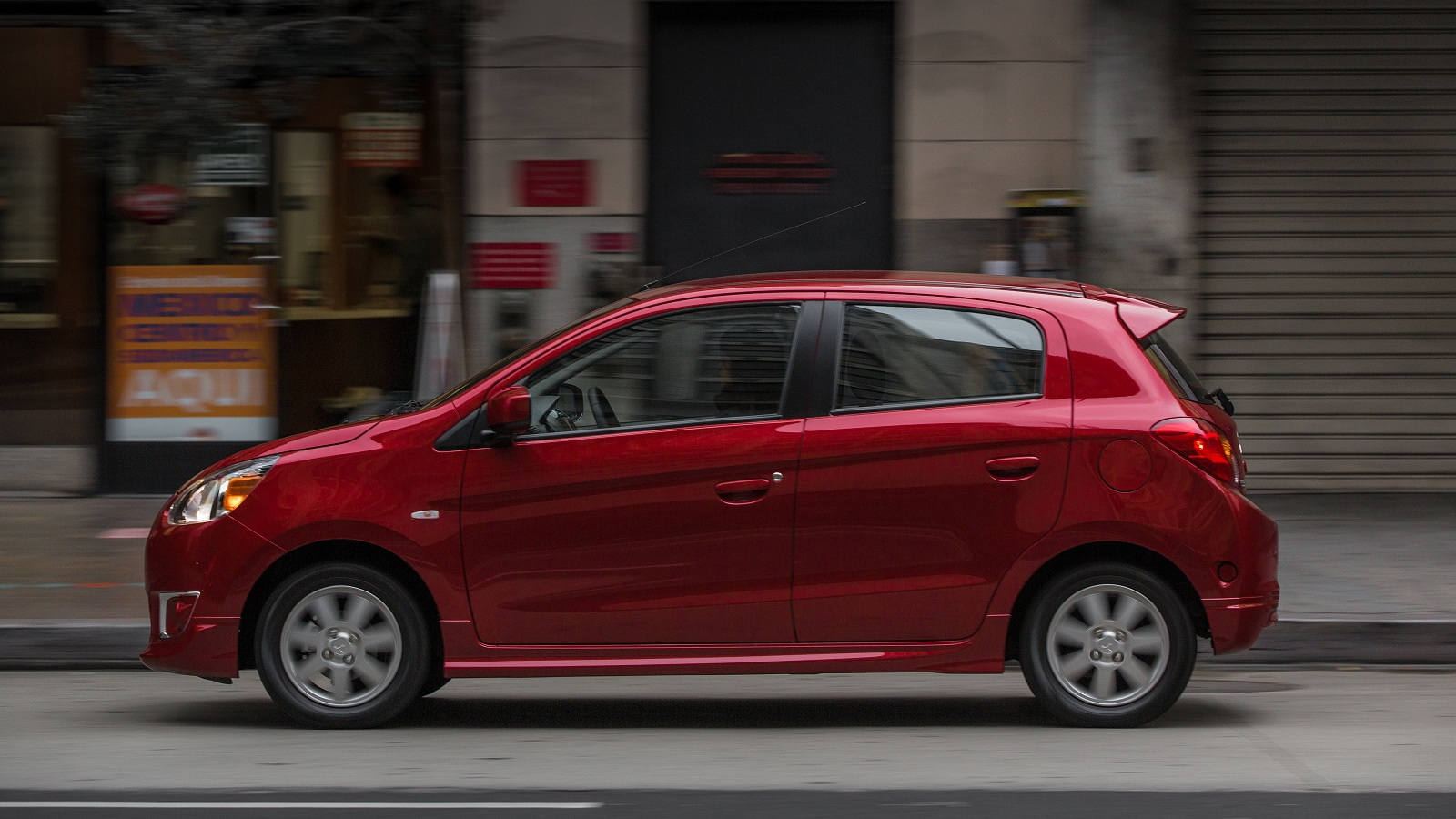 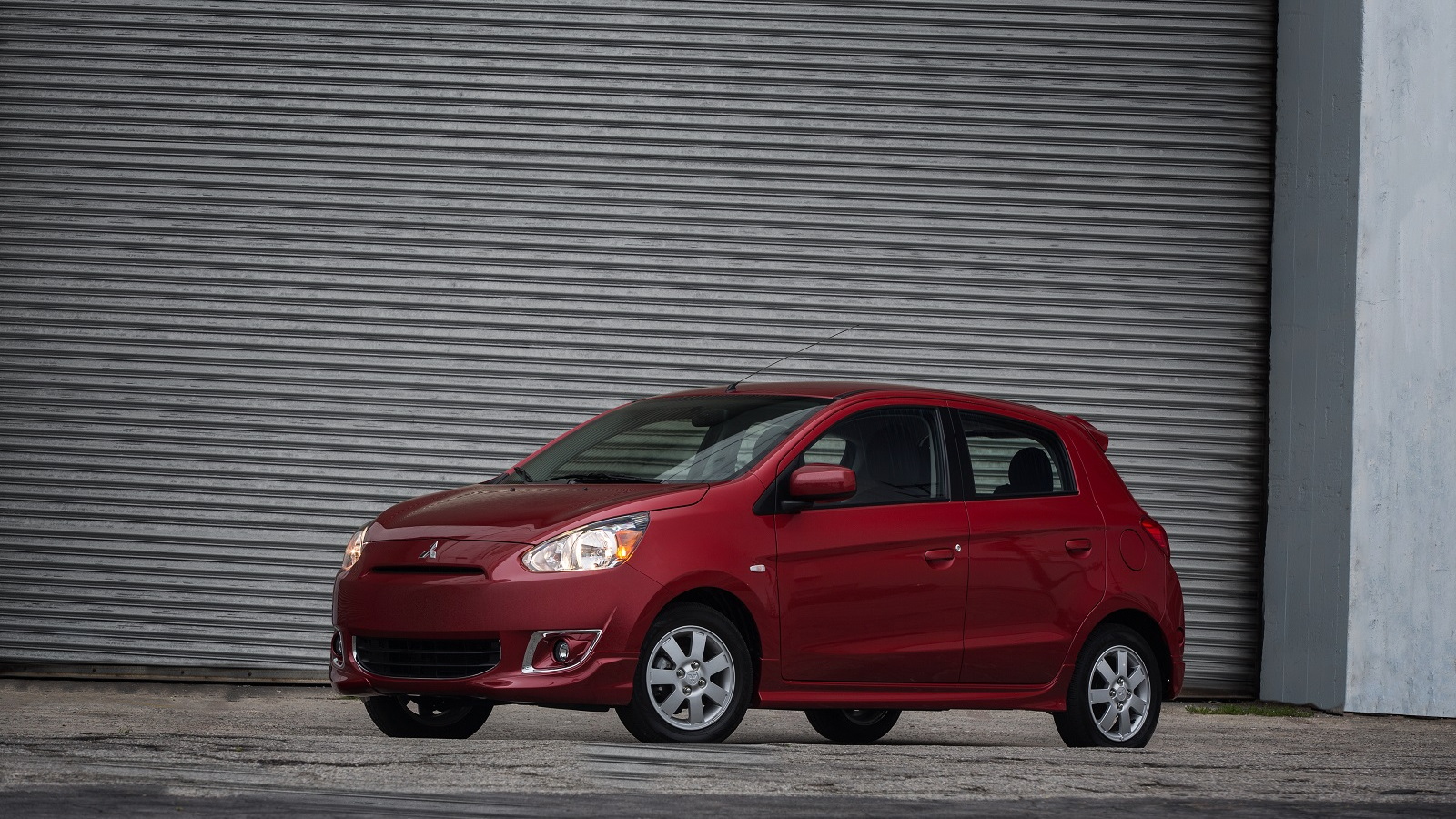 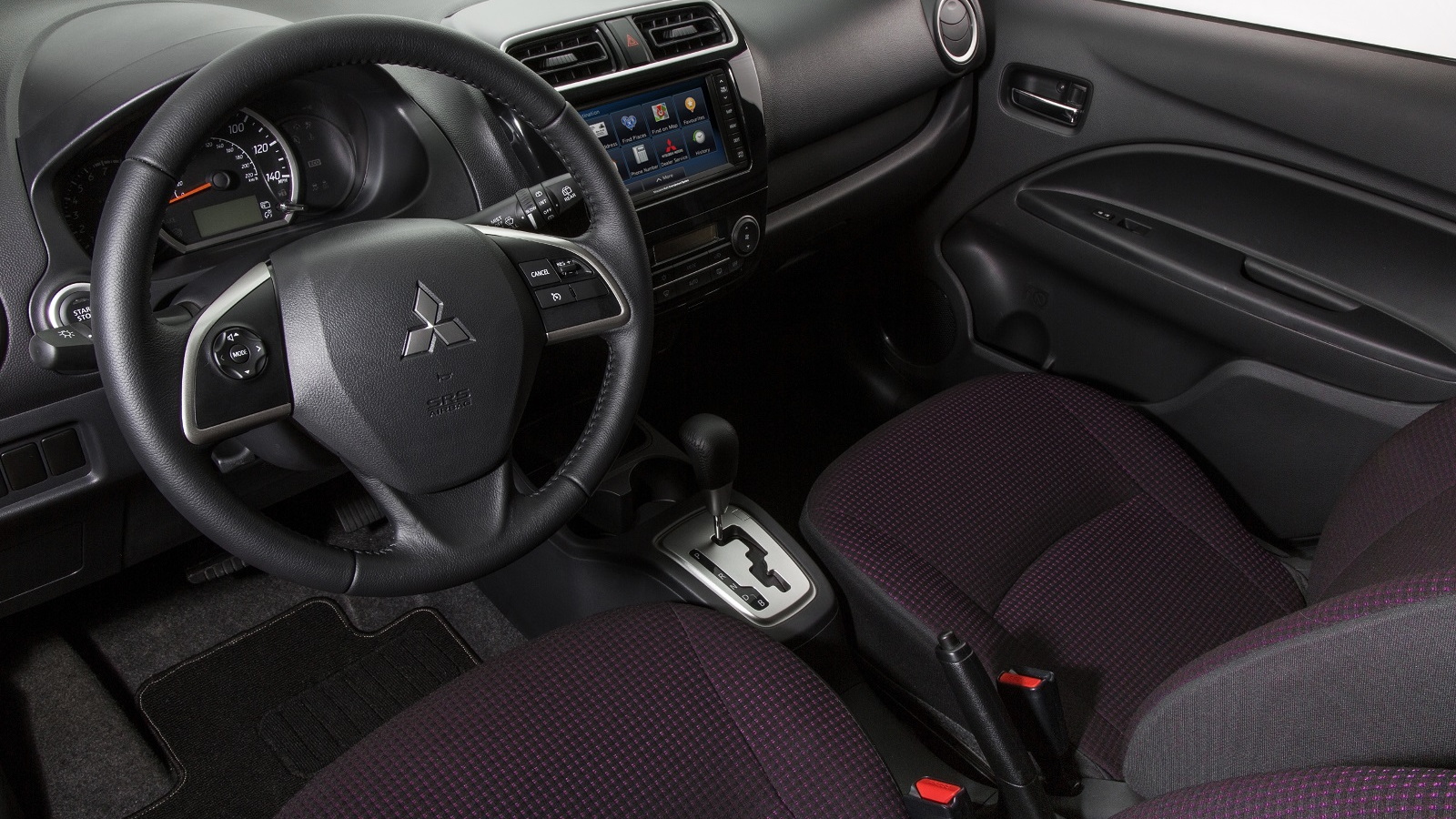 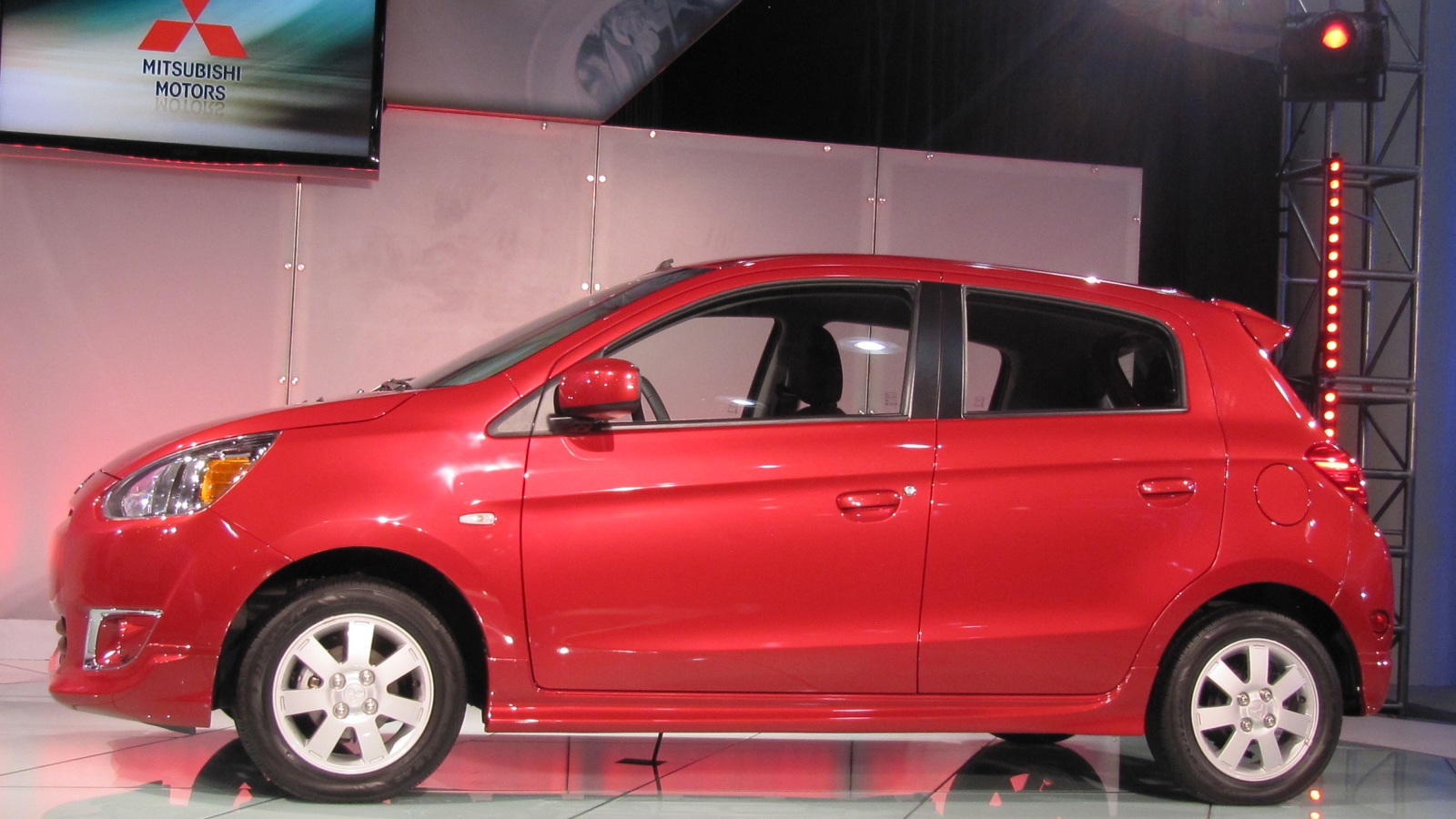 10
photos
The 2014 Mitsubishi Mirage is due to arrive in U.S. dealers this fall, but until now we've only known the EPA gas mileage of the CVT automatic variant.

At 37 mpg city, 44 highway and 40 mpg combined it's one of the most efficient subcompacts on the market, and thanks to Mitsubishi Canada announcing official mpg figures, we can now estimate EPA numbers too.

MirageForum.com revealed the official Canadian numbers yesterday. Thanks to the way Canadian testing works, there's always a consistent percentage difference between those figures and EPA numbers--providing an accurate estimate of U.S. figures.

With its 1.2-liter three-cylinder gasoline engine and a five-speed manual transmission, the 2014 Mitsubishi Mirage should return 34 mpg city, 43 highway and 38 combined.

That's a little behind the efficiency-optimized CVT model, but still more than respectable for a car in the Mirage's class.

Size-wise the Mirage straddles both minicar and subcompact classes, but aside from the 2013 Toyota Prius C, a more expensive hybrid, the Mirage is the most fuel-efficient small car available.

Some have likened the car to a modern-day Geo Metro, in that its efficiency stems from light weight, compact size and a small, simple engine rather than expensive technology--though it goes without saying that the Mirage offers modern standards of safety, equipment and comfort too.

We've already driven the Mirage 1.2 manual, albeit in UK-specification trim, and returned a trip computer-indicated 39 mpg during our drive--suggesting those estimated figures aren't too wide of the mark.

And while driving, those Geo Metro comparisons continue--it's pleasant if unexciting, and not quite as polished a product as some of the existing class leaders.

For some, that won't matter--and when Mitsubishi announces official U.S. pricing (expected to be relatively low) it may well offer some of the best-value mpg on the market.