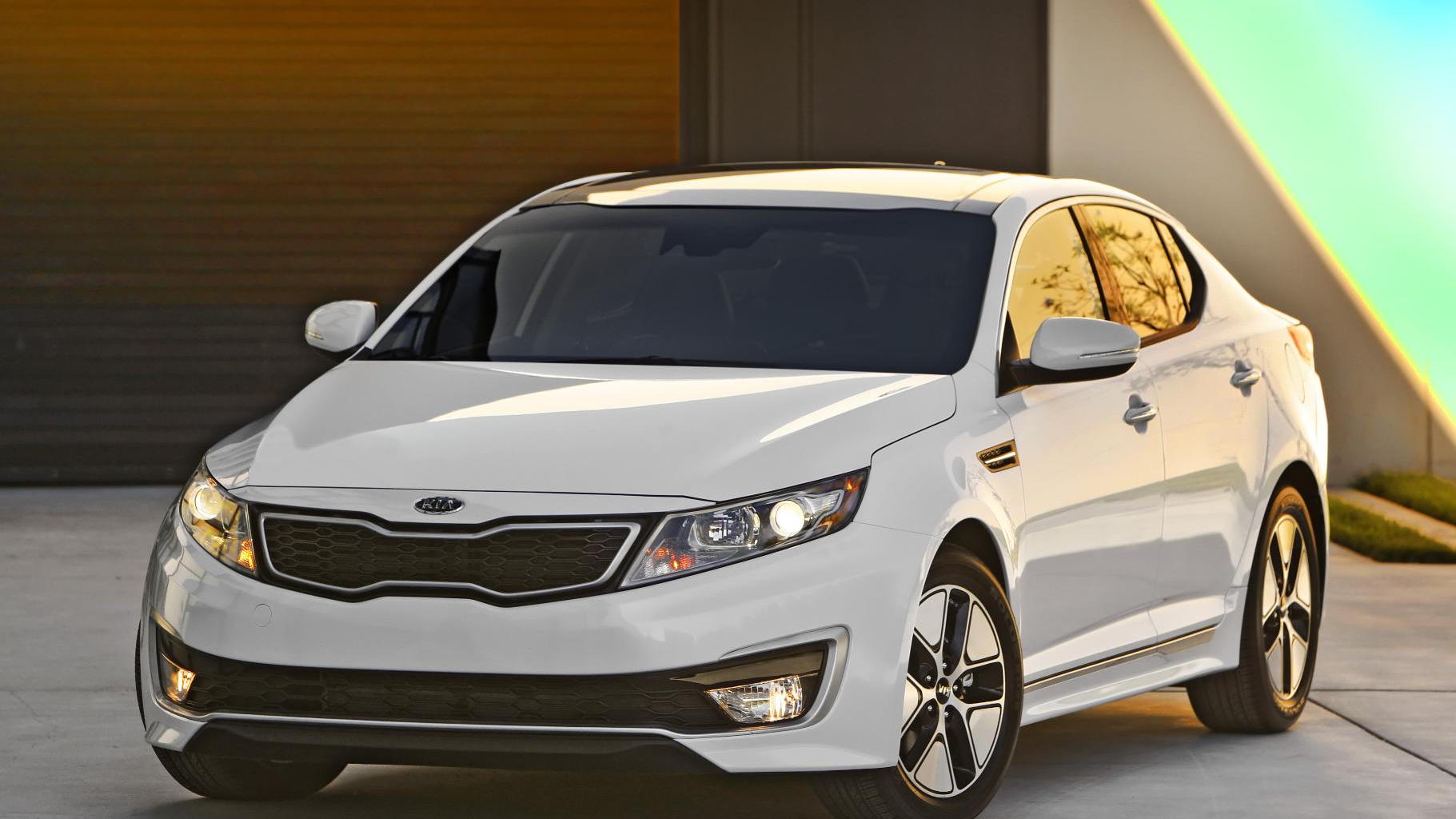 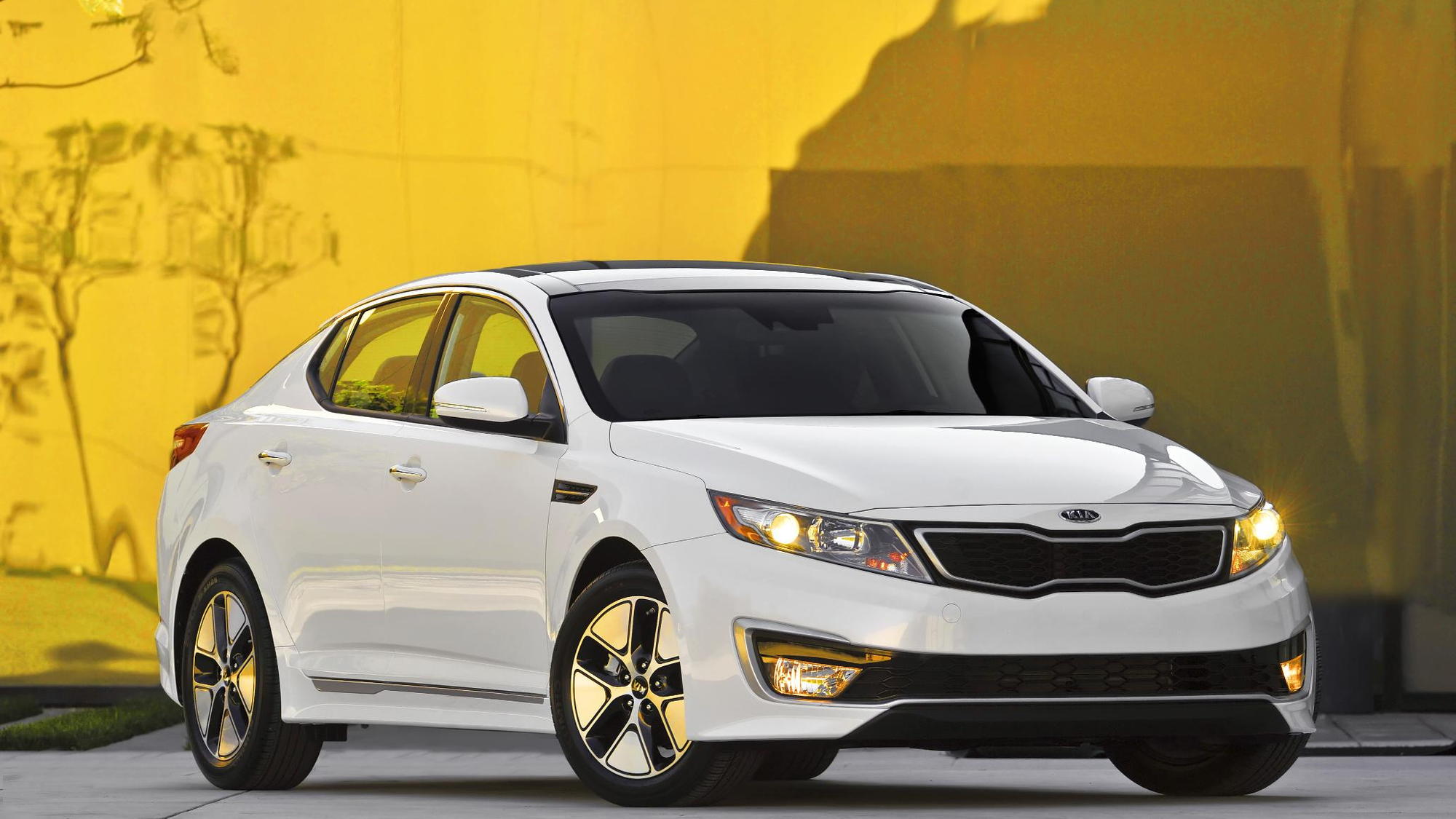 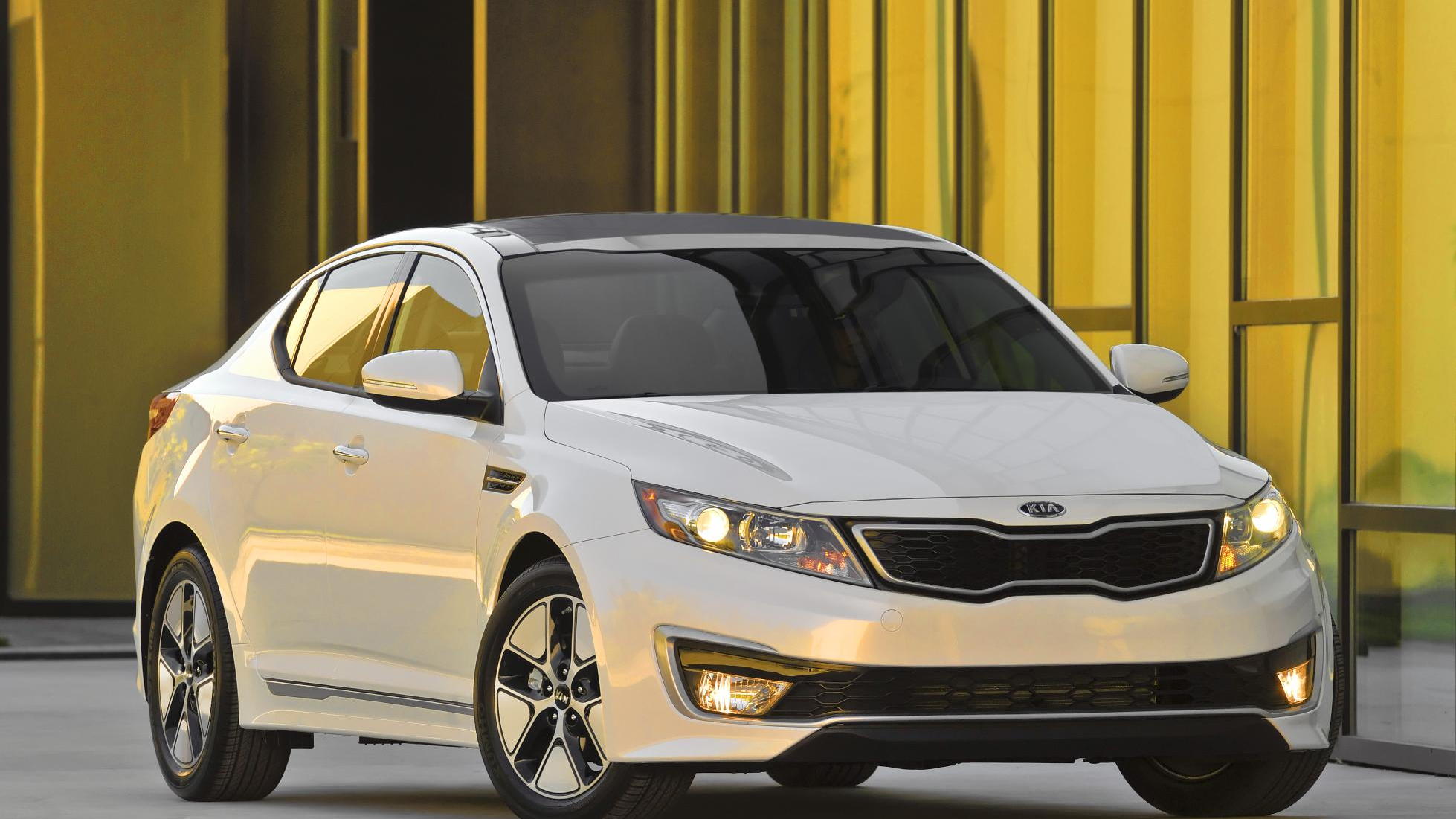 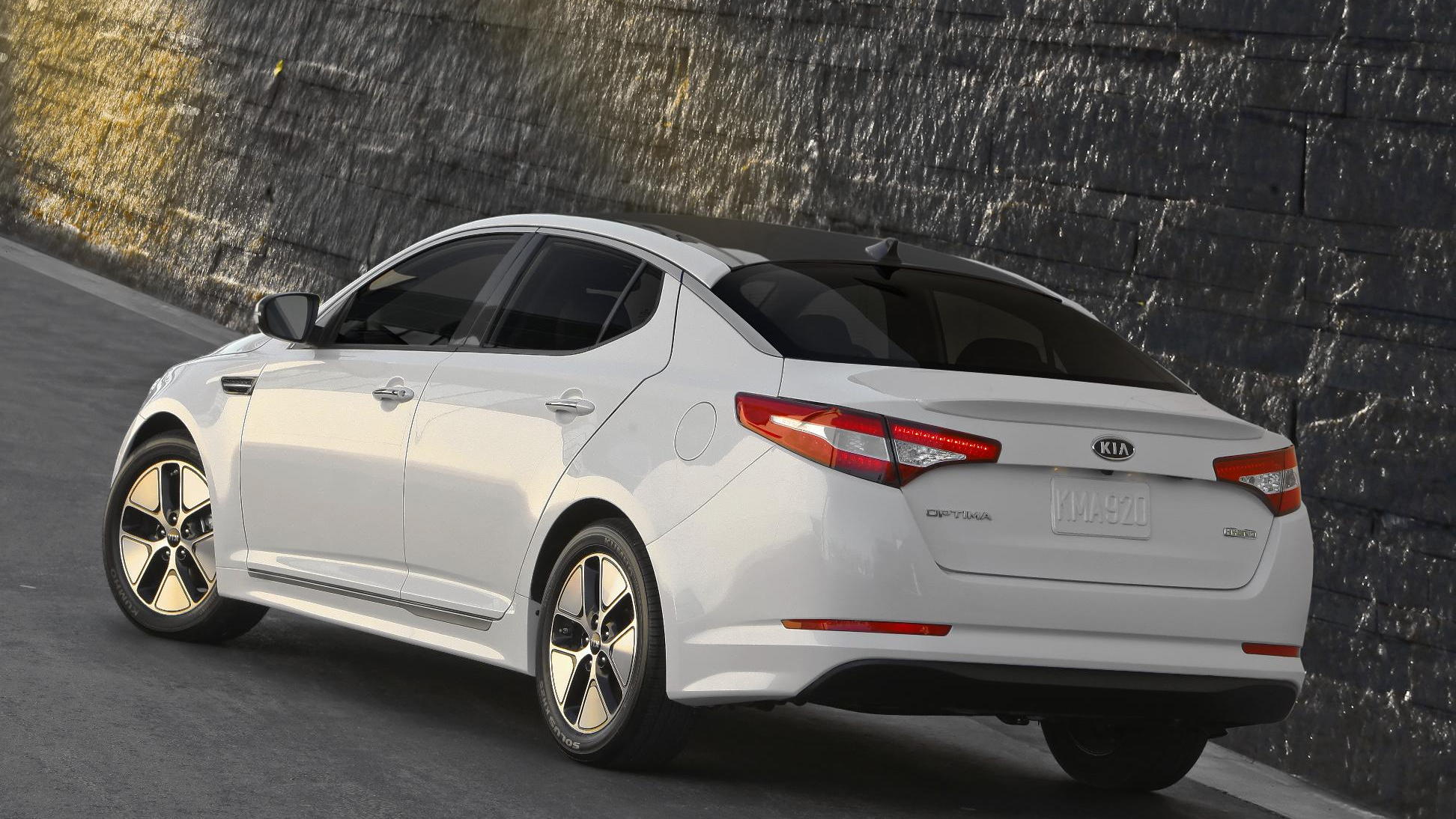 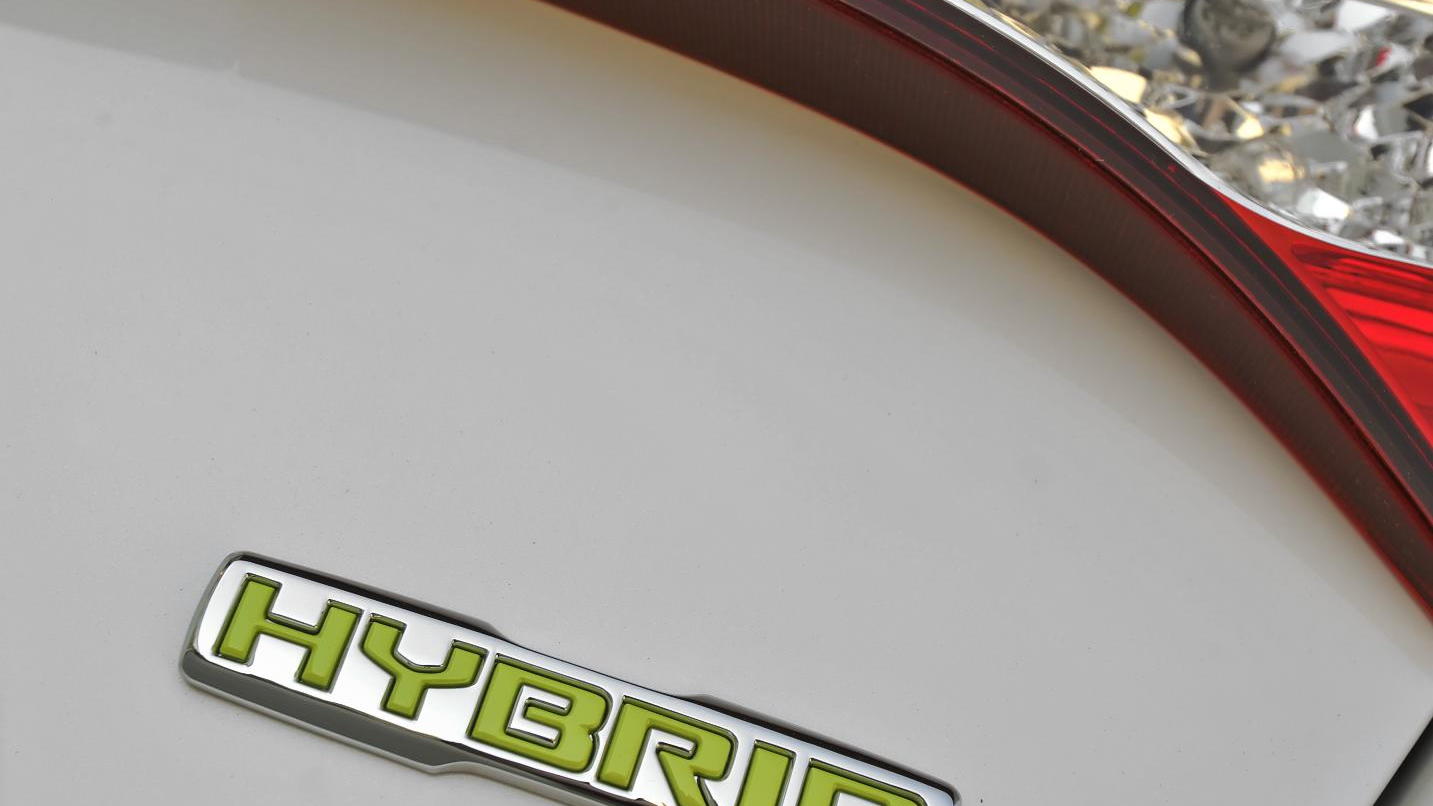 7
photos
Kia has announced details of its updated Optima Hybrid, new for the 2013 model year.

Just about every aspect of the car has been improved, resulting in a car that now offers greater fuel efficiency, improved space, better performance and a higher standard of equipment.

Central to the changes are updates to the car's hybrid running gear.

Surprisingly, the overall combined output from electric motor and 2.4-liter gasoline engine has dropped from 206 to 199 horsepower, though this should be more than made up by a significant increase in torque, from 195 lb-ft to 235 lb-ft. Kia says this makes the Optima Hybrid more responsive than before.

The changes have also resulted in improved fuel efficiency. Where the 2012 hybrid was rated at 36 mpg combined, with 34 and 39 mpg city and highway ratings, the new car in base trim improves that to 36 mpg city, 40 highway and 38 combined.

Move up to EX trim with 17-inch, rather than 16-inch alloy wheels, and those numbers drop slightly to 35 city, 39 highway and 37 combined.

Those numbers put the Optima only a little behind the 2013 Toyota Camry Hybrid, and a little further behind the 47 mpg-all-round Ford Fusion Hybrid--though the latter is returning less in real-world driving.

Hybrid Optimas are based on the regular gasoline models, but feature several aerodynamic and engineering tweaks to increase efficiency. Aluminum features heavily in suspension components to reduce weight, while a lower ride height, flat underfloor panels and a rear spoiler aid airflow.

Other changes for 2013 include an increase in luggage space thanks to repackaging of the battery pack, and greater equipment on the EX model--navigation, a back-up camera, 8-speaker Infinity audio, panoramic sunroof and heated and ventilated front seats are all standard.