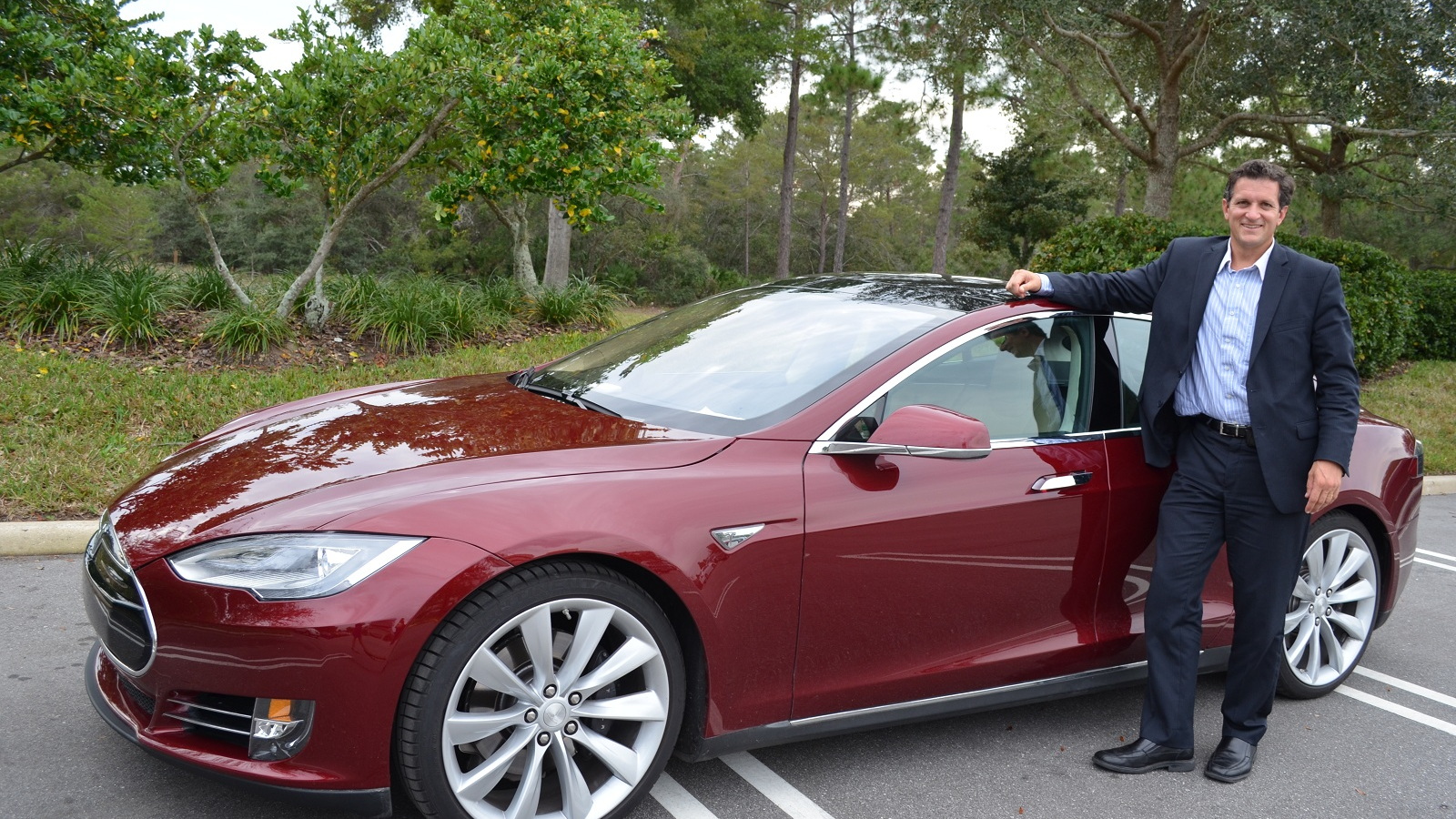 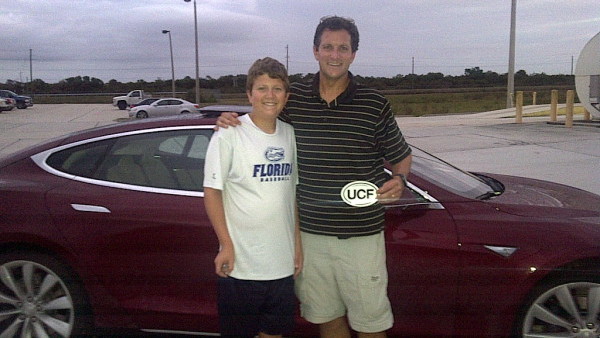 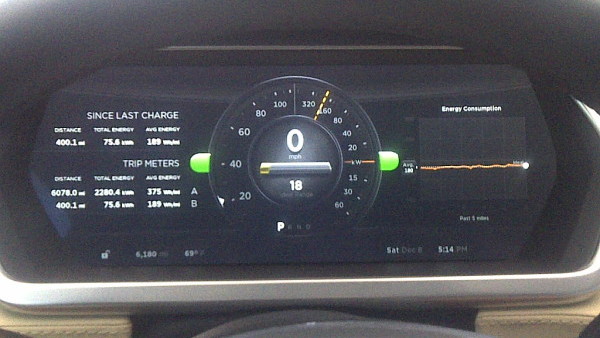 3
photos
Back in May, Tesla Motors [NSDQ:TSLA] released range estimates for the 2012 Model S.

While the company predicted that 250-300 miles would be typical for the largest, 85 kilowatt-hour battery, and the EPA confirmed this with an official 265 miles, insiders at Tesla had a sneaky feeling that 400 miles would be possible.

That estimate has now been confirmed by Model S owner David Metcalf, and his 12-year old son, Adam.

After a 405-mile journey through Florida, the father and son team is the first to break 400 miles in the Model S. That distance is now being verified by Guinness World Records, and could become a benchmark for other Model S owners as the car goes on sale around the world.

The trip ended with a congratulatory call from Tesla Vice President, George Blankenship, followed by a tweet from Tesla CEO and founder, Elon Musk. Musk may now be looking for a prize for the record-breaking duo, as promised for the first owner to pass 400 miles on a single charge.

According to David's twitter feed, much of the journey was relatively flat, and done at constant speed on rural roads. There were few stops over the 400 miles and to eke out a little more range, the duo rolled down the windows a few inches rather than using the climate control. The car's tires were also inflated higher than standard.

The car actually managed 423.5 miles before the duo finally stopped, ready to be towed home.

There's another significance to the 400-mile record--it comfortably beats the maximum range attained in Tesla's own Roadster, when two Australian owners hit 313 miles back in 2009.

It's also a greater proportion above the official EPA ratings. The 313-mile record was set against an EPA rating of 244 miles--a 28 percent increase. The new drive is over 50 percent greater than the Model S's EPA range of 265 miles.

Green Car Reports offers its congratulations to both David and Adam!