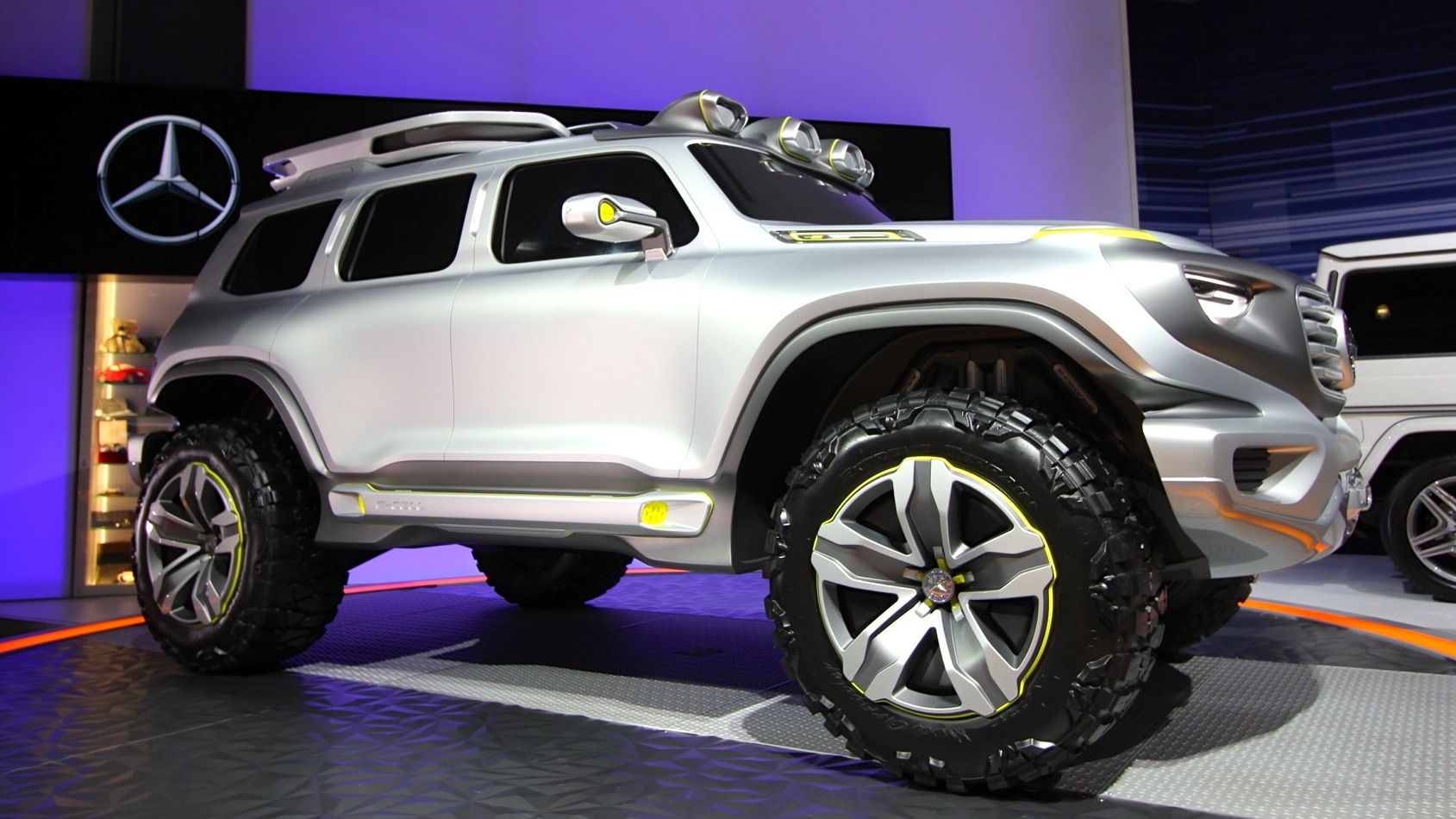 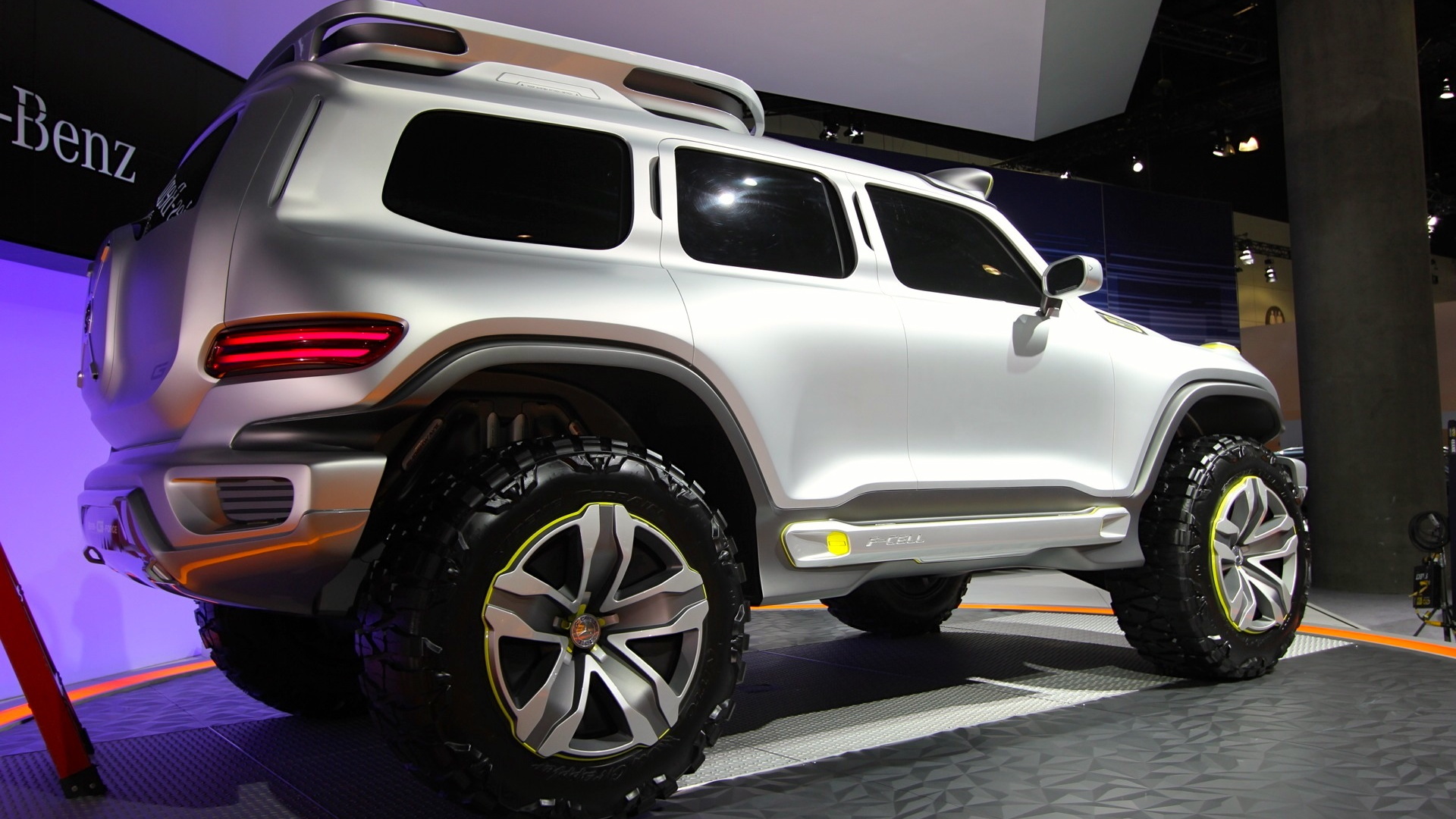 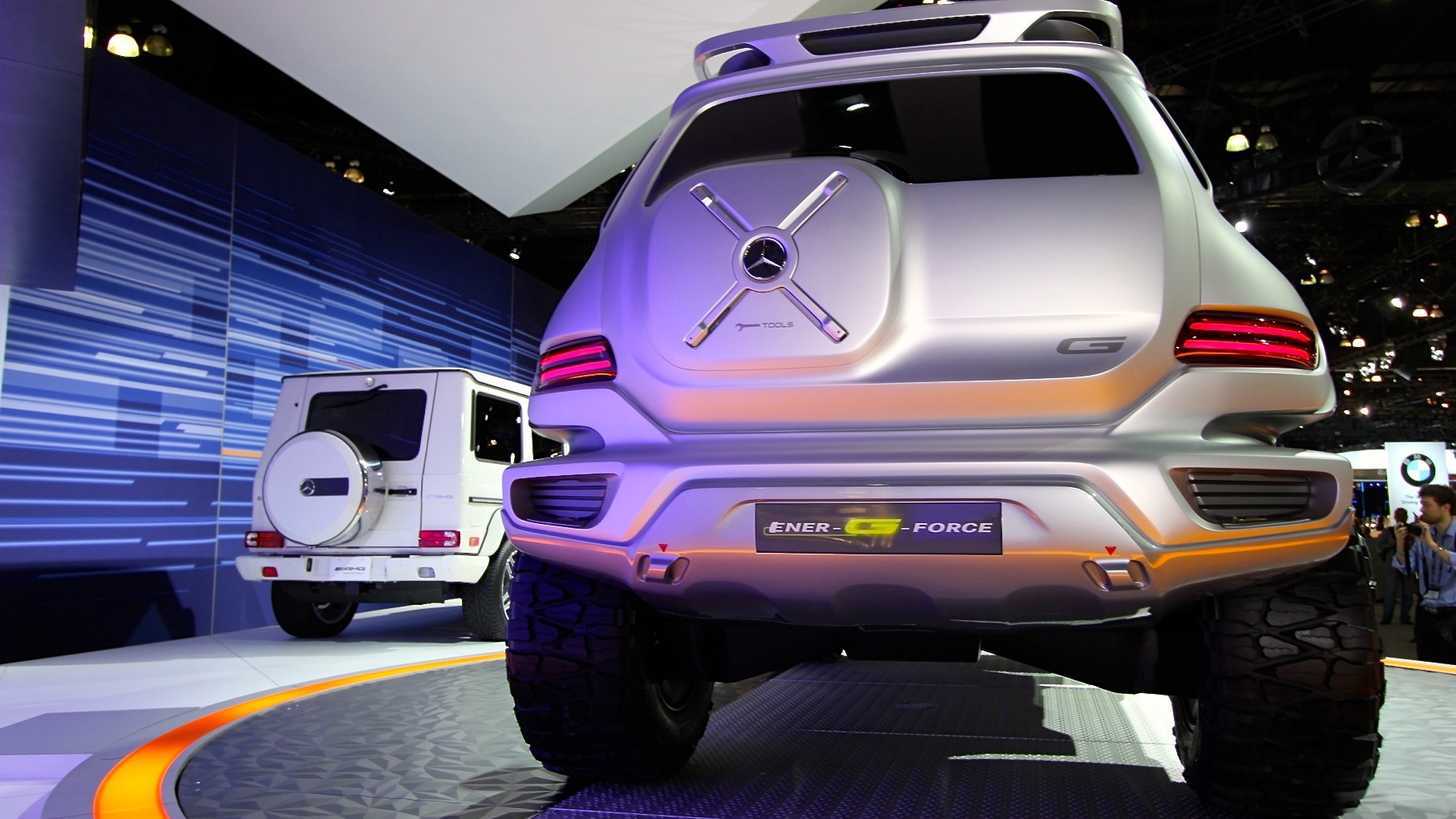 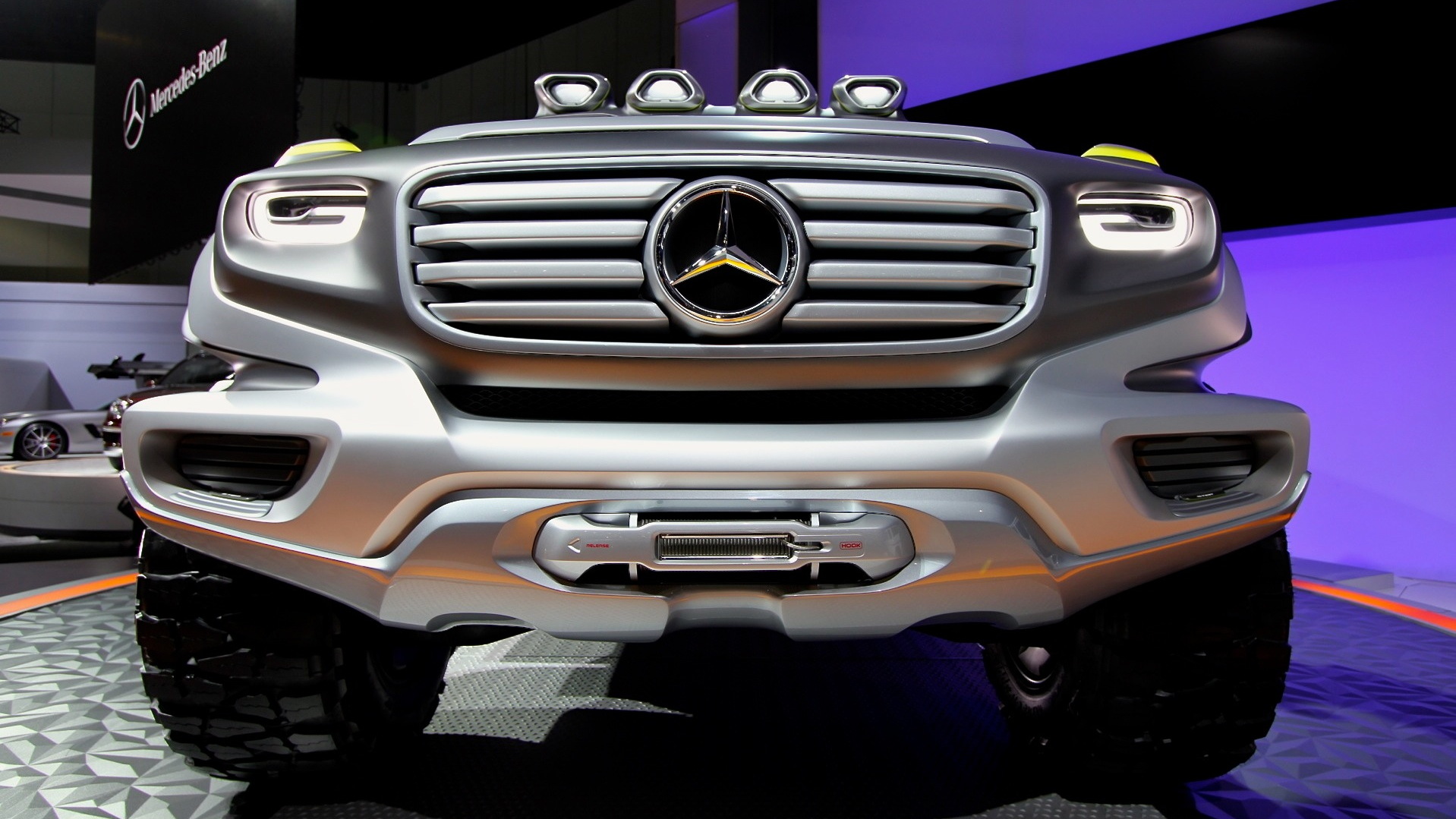 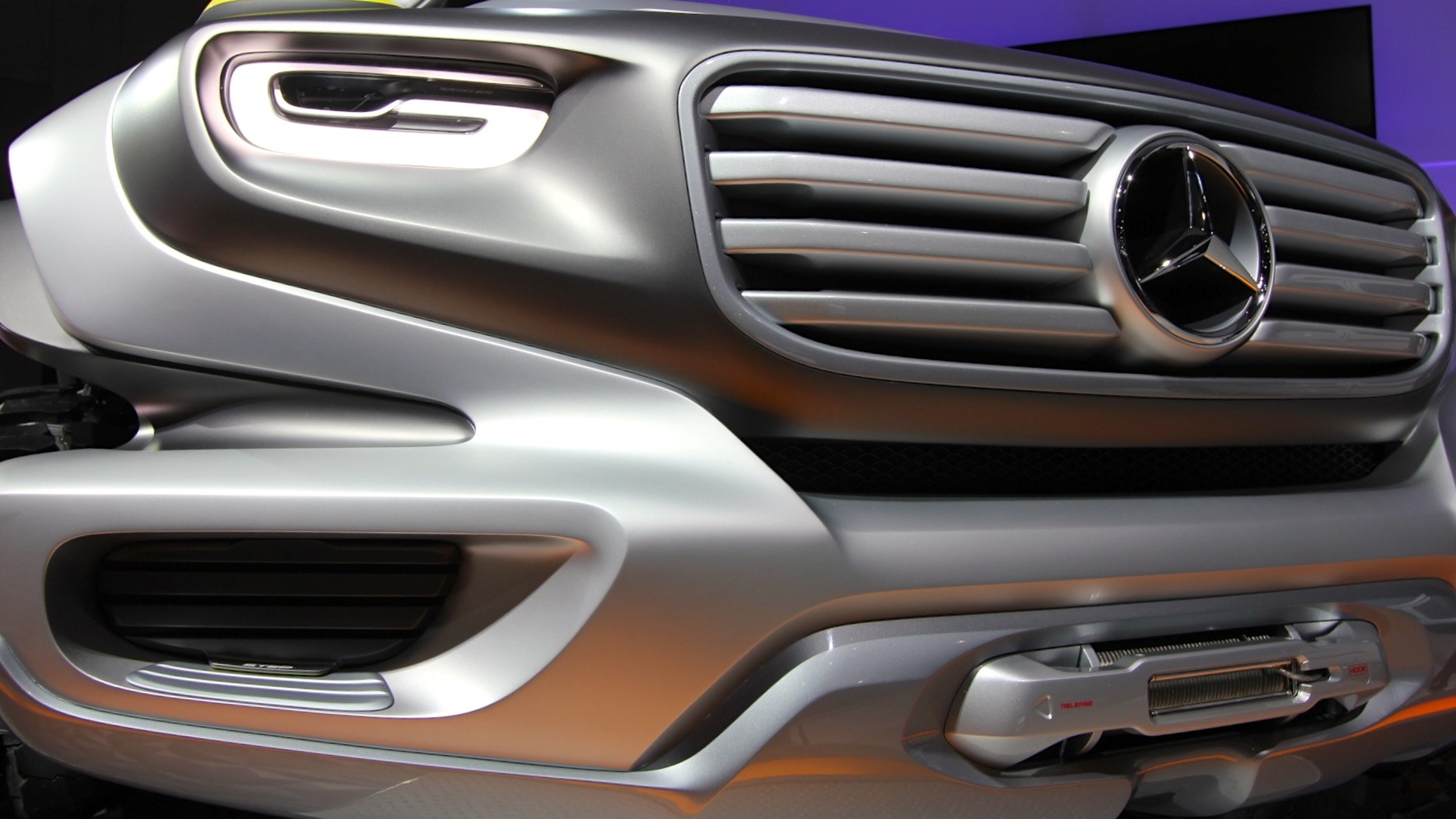 The concept is the Mercedes-Benz Ener-G-Force, and although it doesn’t herald a new electric SUV from the German automaker, many of its design elements are expected to feature in some future products.

The Ener-G-Force was developed as Mercedes’ entry into the Los Angeles Design Challenge, which for 2012 asked design teams to create their vision of the ideal police vehicle for the year 2025. The L.A. Design Challenge is an annual contest that challenges the world’s top automotive designers to come up with the best concept for a given theme.

Note, the Ener-G-Force is just a full-size scale model, but if it were built the technology under its skin would consist of an advanced hydrogen fueling system that relies on recycled water stored in tanks mounted to the roof. This would be split up into hydrogen and oxygen by the onboard “hydro-tech converter,” with the hydrogen then used to power a fuel cell stack that creates electricity to spin the wheels.

The addition of lithium-ion batteries means the vehicle can also be charged up at home, with the fuel cell stack serving as a zero-emissions range extender. The range is said to be roughly 500 miles.

Additionally, the side skirt lights change color depending upon the state of charge, and the batteries are hot-swappable to extend the vehicle’s range.

For more news from L.A, head over to our full L.A. Auto Show guide.