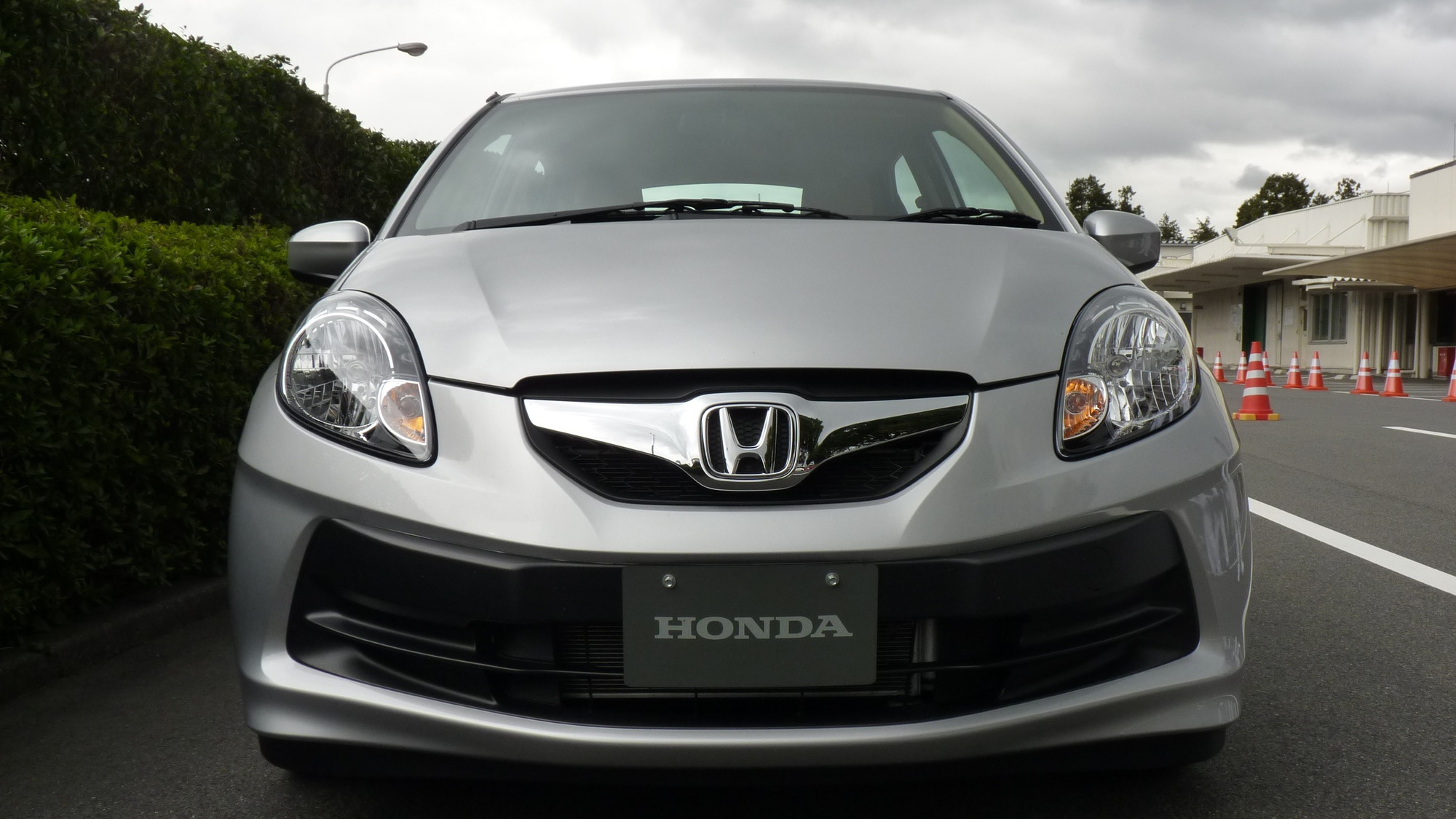 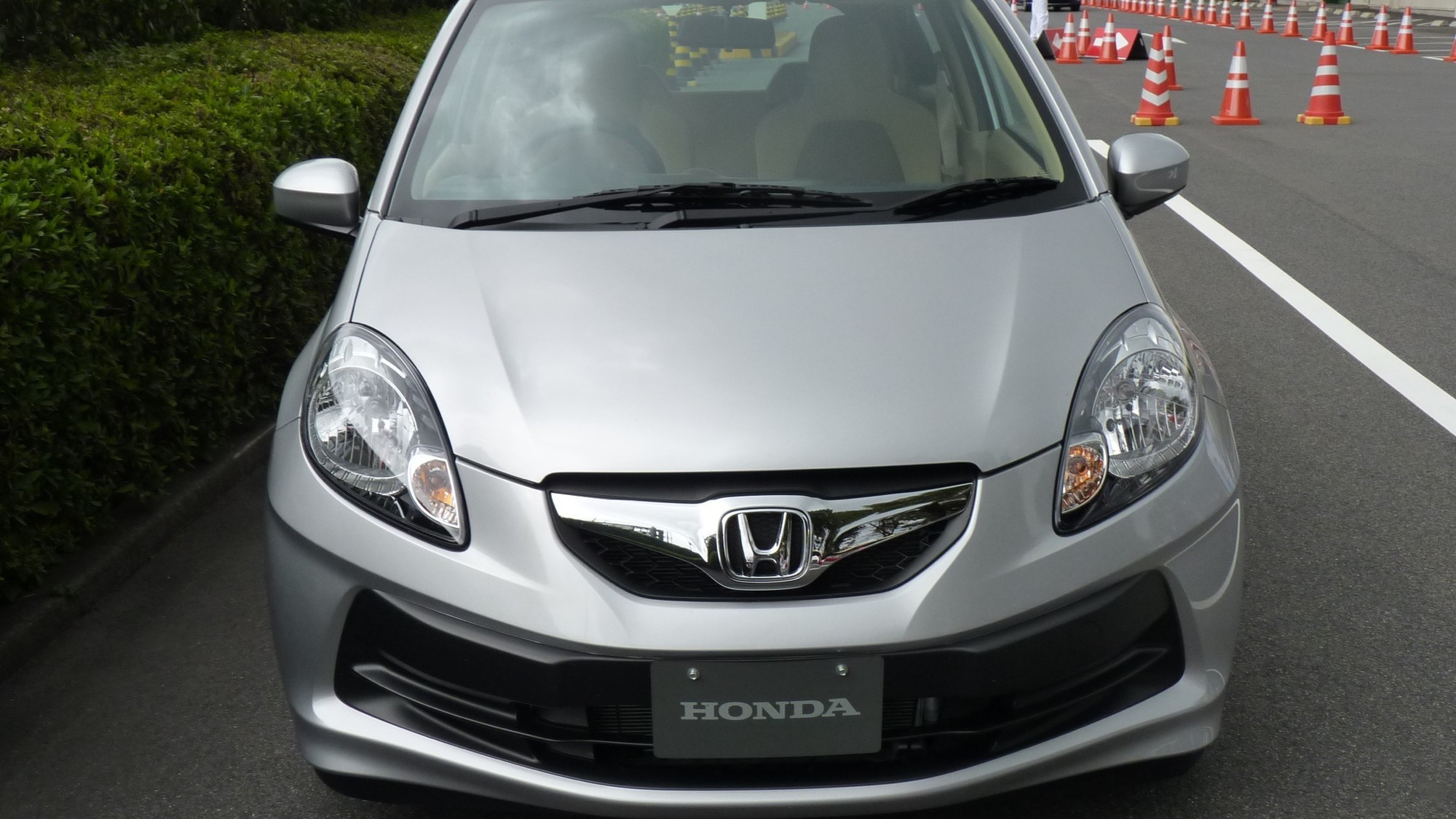 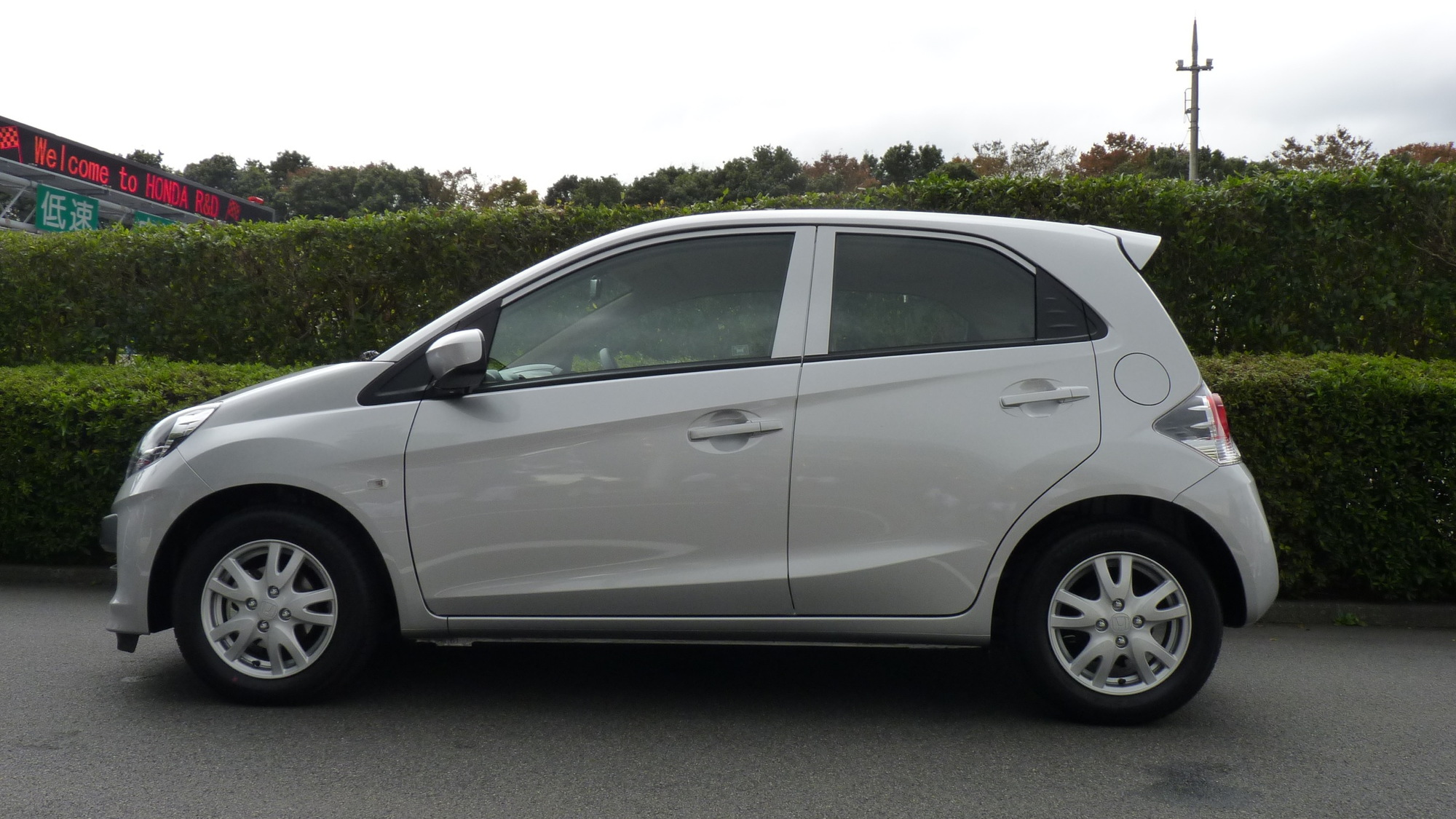 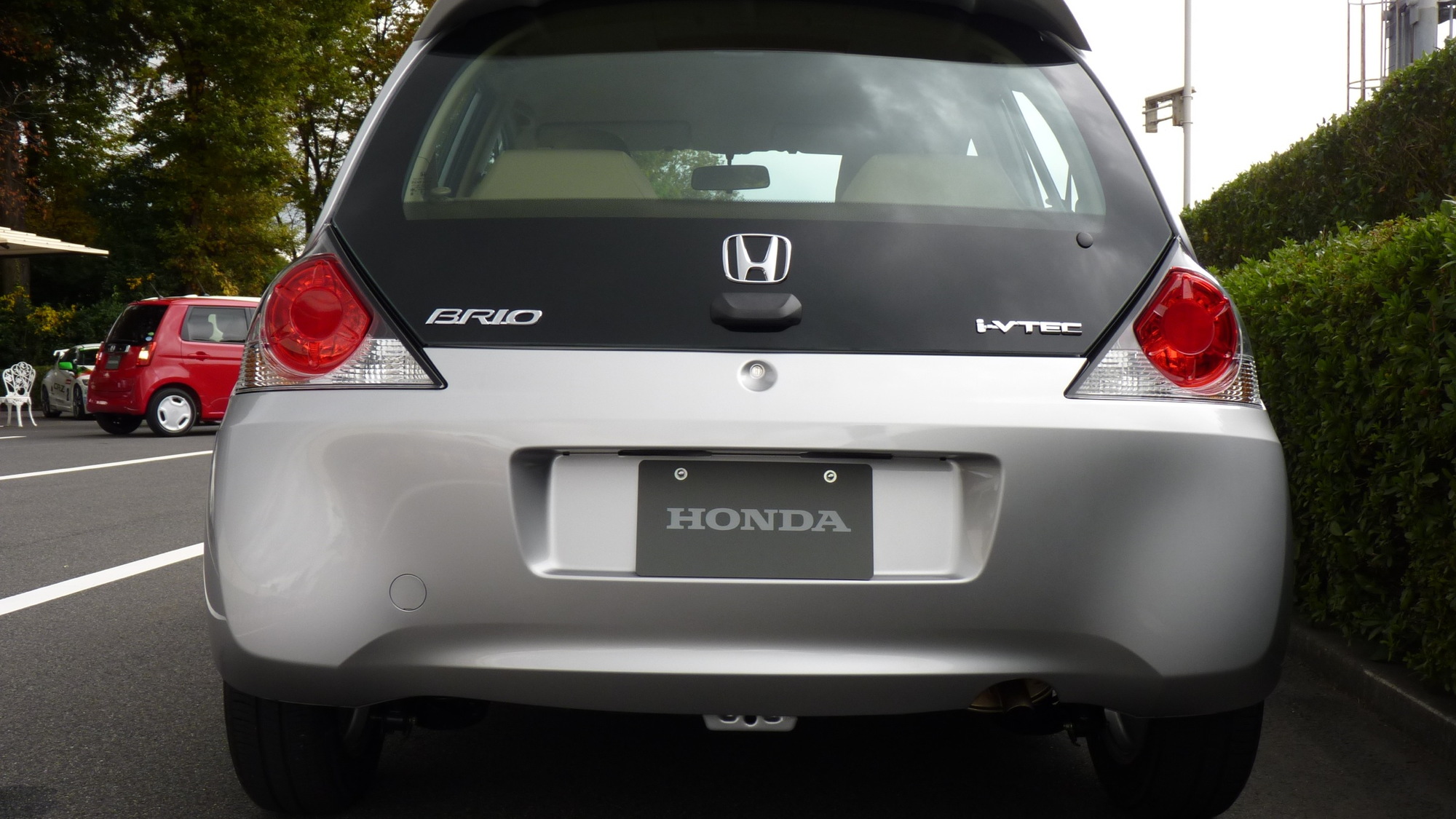 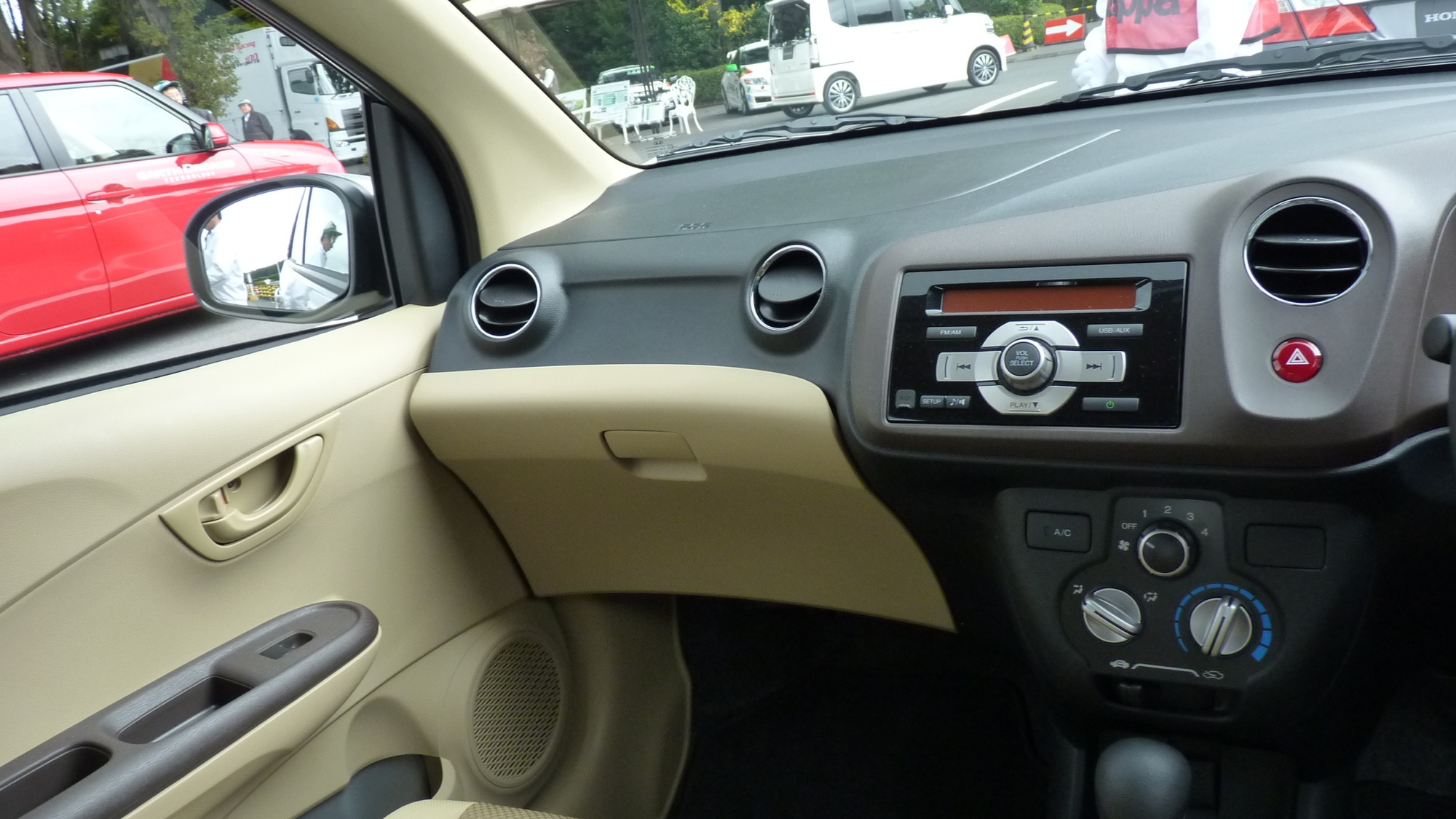 8
photos
It takes driving an emerging-market car like the Honda Brio—as we did briefly this past week—to understand just how much the small cars we get here in the U.S. (and Europe) have improved over the past decade or so.

The five-seat Brio is about a foot shorter than the Honda Fit but about the same width. Quite simply engineered for a price, it incorporates Honda's modern Advanced Compatibility Engineering (ACE) structure, as well as the same so-called “man maximum, machine minimum” design philosophy as the 2013 Honda Accord.

But it doesn't even include standard airbags, anti-lock brakes or stability control—all things that we now come to expect in every new car. There's also no no independent rear suspension, and a quick look around the back wheels reveals only small drums (with discs in front).

The Brio is assembled in Thailand, for Indonesia, and in India, for that home market. We sampled the Indonesia-spec Brio, which includes a frugal 1.3-liter i-VTEC four-cylinder engine and continuously variable automatic transmission.

Versions bound for India don't differ all that much, but they instead have a 1.2-liter i-VTEC four and a conventional five-speed automatic.

Perky enough—just not all that refined

With 98 hp and 94 pound-feet of torque for a curb weight that's just over 2,000 pounds, the 1.3-liter doesn't provide all that much power off the line with the CVT, but the Brio moves quickly enough once underway.

What's instantly apparent, though, as you let the revs rise, is that there's nearly no (by the standards we're used to) noise insulation; engine noise is quite dramatic when accelerating, or even at U.S. highway speeds.

Meanwhile, the electric power steering in the Brio is super-light and seems neither to load nor to have any feedback (although in all fairness, we didn't get to test its limits in that way); but we did sense the suspension is tuned to be soft in this trim.

Up close and behind the wheel, the Brio reminds us more than a little bit of a 1990s-era small car for the U.S.—and what a sub-Civic would have been if the Fit had a very budget-conscious predecessor before American small cars went a bit upscale.

And we see a number of styling cues going back to those older third- and fourth-generation Civics of the 1980s. That's most noticeable in the blacked-out glass hatchback, which pointed straight back to those Civics. We also liked the way the taillamps continued just below the bottom of the hatchback and formed a point.

Meanwhile, the aggressive, upswinging crease alongside the Brio—and the way the hoodline angle played with the beltline angle—reminded us of the current Mazda2.

No Magic Seat here, but some smart packaging

Honda hasn't worked anything close to the same kind of packaging magic they have with the Fit here—it's basically a standard subcompact interior in this respect, too—but the cargo floor is especially low, which we imagine would allow you space to double-stack grocery bags behind the back seat without them getting in the way of visibility.

From the inside, and from a passenger standpoint, the Brio feels like a surprisingly roomy car, with pretty good outward visibility. Switchgear is very basic, including lock-and-window switches that look raided from a parts-bin.

Everything in the Brio—from the seatbacks to the dash to the doors themselves—feels thin and minimized. While we'd rather have thicker doors for side impact and better-contoured seats, we can understand the approach.

The materials used for the dash itself don't seem any worse than those in the 2012 Honda Civic, although we grabbed the climate-control switchgear and it also felt retro-1980s econocar—likely in an unintentional way.

Cheap and charming, but off-bounds for the U.S.

This all makes a little more sense when you consider how much the Brio costs. With a starting price, in India, of just 406,000 rupees—a straight conversion to less than $8,000—it's a deal, here or there. That's several times the price of a Tata Nano.

With tougher regulations on safety and higher demands for refinement, the U.S. is no longer a possibility for a model like this; yet we have a feeling Americans would find the Brio's back-to-basics approach (and price) quite charming.