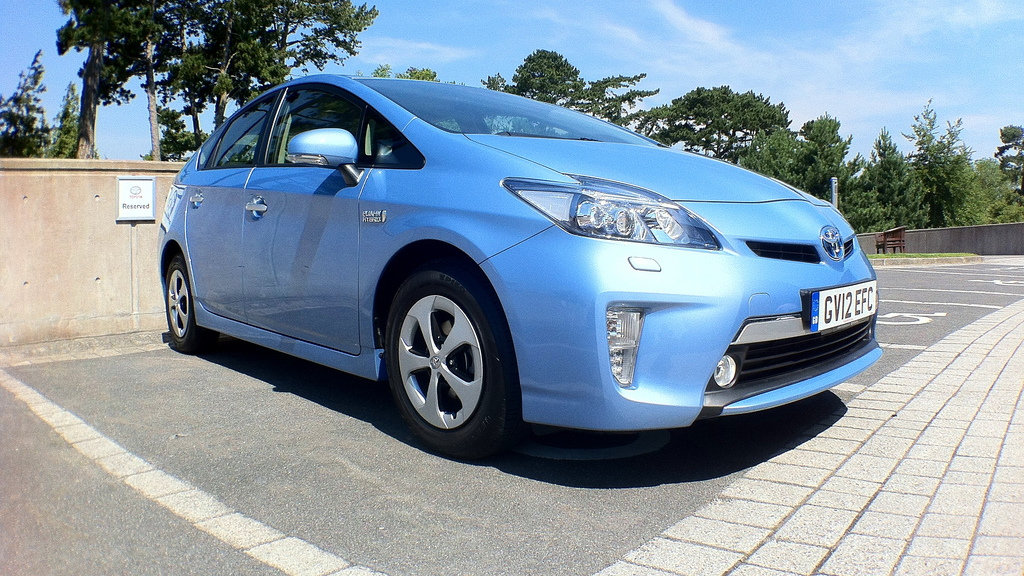 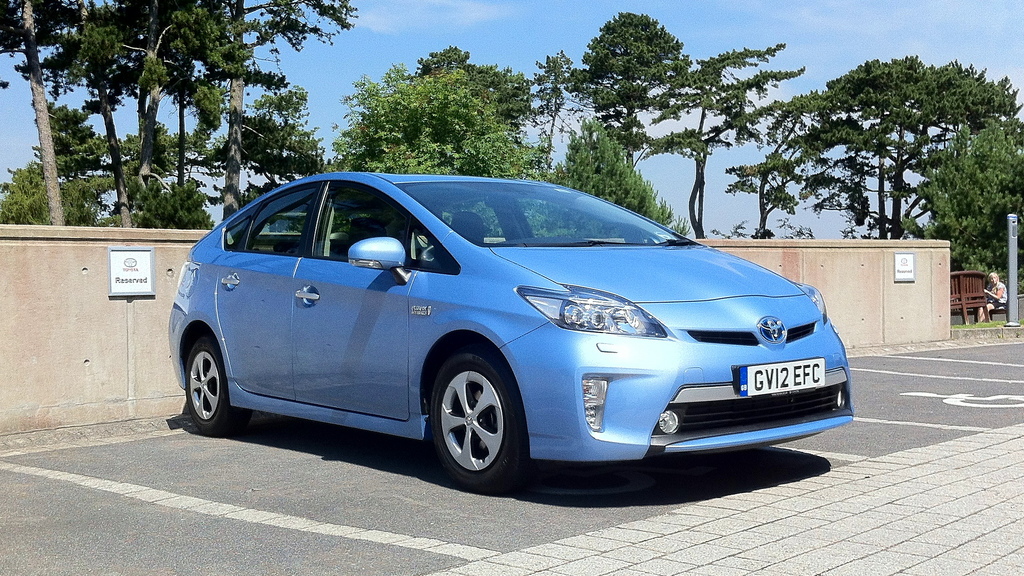 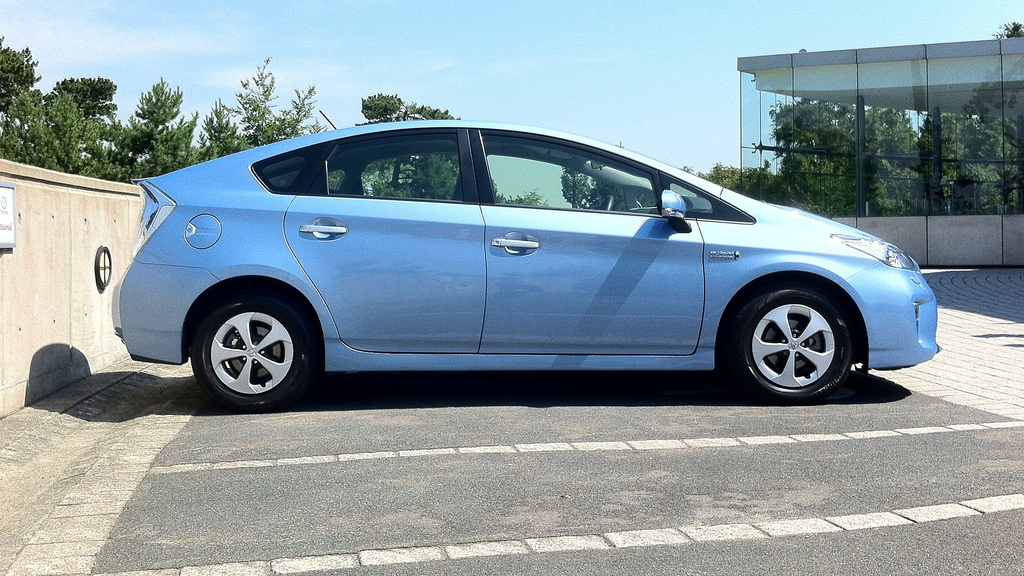 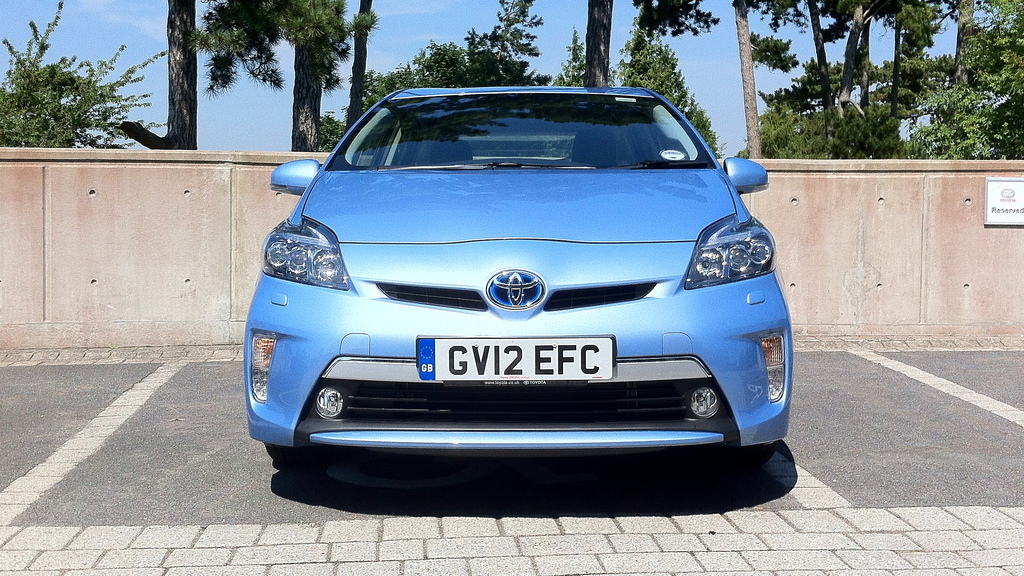 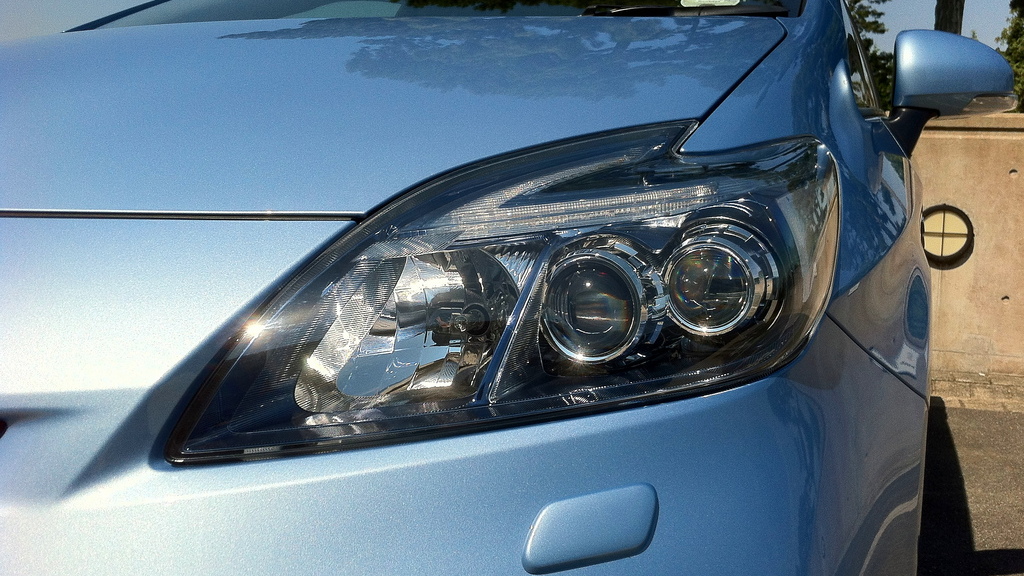 12
photos
In the spectrum of alternative fuel vehicles, there's something on sale to suit almost every taste.

Whether you're buying an all-electric vehicle or simply want a mild hybrid to save a little on gas, there's a lot of choice in between.

The 2012 Toyota Prius Plug-In sits virtually in the center of these choices, with range-extended electric cars and battery electric vehicles above, with full hybrids and mild hybrids below. With the car now on sale in the U.K, we took the opportunity to get behind the wheel once more.

Behind that wheel, and indeed before you even clamber inside the car, the Prius Plug-In is all very familiar.

For many, this will be a good thing--including Toyota. With so many Prius models roaming the streets, a car that drivers clearly feel comfortable with is the ideal platform from which to improve hybrid technology. It's clearly doing something right, so why change things too much?

On the outside, that means bodywork that's near-identical to the regular Prius, with only detail changes and an extra 'filler cap' hiding the charge port to give the game away. If you already like the way the Prius looks then you'll like the Plug-In too, though some of the extra silver details--door handles, front bumper trim--look a little out of place.

Inside, it's pretty much all standard Prius--a swooping, futuristic dashboard, comfortable seats, plenty of space and a tiny drive selector protruding from the raised center console.

It's much like a regular Prius to operate, too. Starting the car results in very little sound, as the car defaults to EV mode. The main difference is that it isn't as keen to leave EV mode as a regular Prius, and the sensation of accelerating with reasonable zeal without the engine kicking in is a pleasant one.

The new 'EV City' mode extends this ability further, designed for city-going buyers who don't want to hold everyone up as they crawl away from every stop light trying desperately to keep the car in EV mode. It does still have limits--boot the gas pedal and the standard Prius 1.8-liter engine will still fire up to assist your progress--but it's now possible to drive normally without the engine kicking in at all.

That includes driving up to higher speeds. Toyota quotes a maximum of 51 mph in EV mode, around double that of a standard Prius--though we'd not be surprised if it could do more still, when backing off the gas at higher speeds.

Performance is as you'd expect--in other words, it's no rocketship, but there's enough to make progress. Toyota quotes a 0-60mph time of around 11 seconds, and you'd have to put up with the CVT-induced drone on the way there. But in most scenarios, the engine is either off, or quiet enough so as to barely intrude at all.

The main benefit of the Prius Plug-In is its extended EV range over that of the regular car. The EPA quotes a combined EV and gas range of 11 miles.

Our test route was around fifty pecent city and rural roads, and fifty percent highway. 11 miles seems fairly accurate, as we managed around 12 miles of electric range with only a couple of brief bursts from the gasoline engine during harder acceleration.

Once up to speed on the highway, the gasoline engine kicked in, at which point the car essentially becomes a regular Prius. The average journey consumption started to tumble, though with the original figure being so high, the computer was still showing 104 mpg by the time we stopped, despite ten miles of gasoline-only running.

EPA range is 540 miles, with a 95 MPGe electric figure. In regular hybrid running, the Prius Plug-In gets a figure of 50 mpg combined. Toyota says charging from a 230-volt outlet will take around 90 minutes.

Here, opinions will be divided, and your choice may depend very much on how you intend to use the car.

That's because, when calculating your savings, several factors need to be taken into consideration. Luckily, we've covered the math involved before.

Put simply, over low mileages--below around 16 miles per day--the Prius is cheaper to run, thanks to its electric range and greater efficiency. Between 16 and 65 miles, the Volt wins out. It has the greater electric range, so you spend less time burning gas.

Over 65 miles, the Prius Plug-In once again takes the lead. When both cars are running on gas, the Prius is more efficient--50 mpg combined plays the Volt's 37 mpg combined.

Personal preference comes into it too, and one buyer we spoke to chose the Toyota because he preferred the styling, the space, and the extra efficiency once the EV range had been depleted.

For certain buyers though, the Prius Plug-In will make a lot of sense. At $32,000 it's a significant extra investment over the base $24,000 Prius, though the Plug-In is more comparable with high-end Prius models in terms of equipment.

Otherwise, it's as good a car as any Prius--just even greener than before.