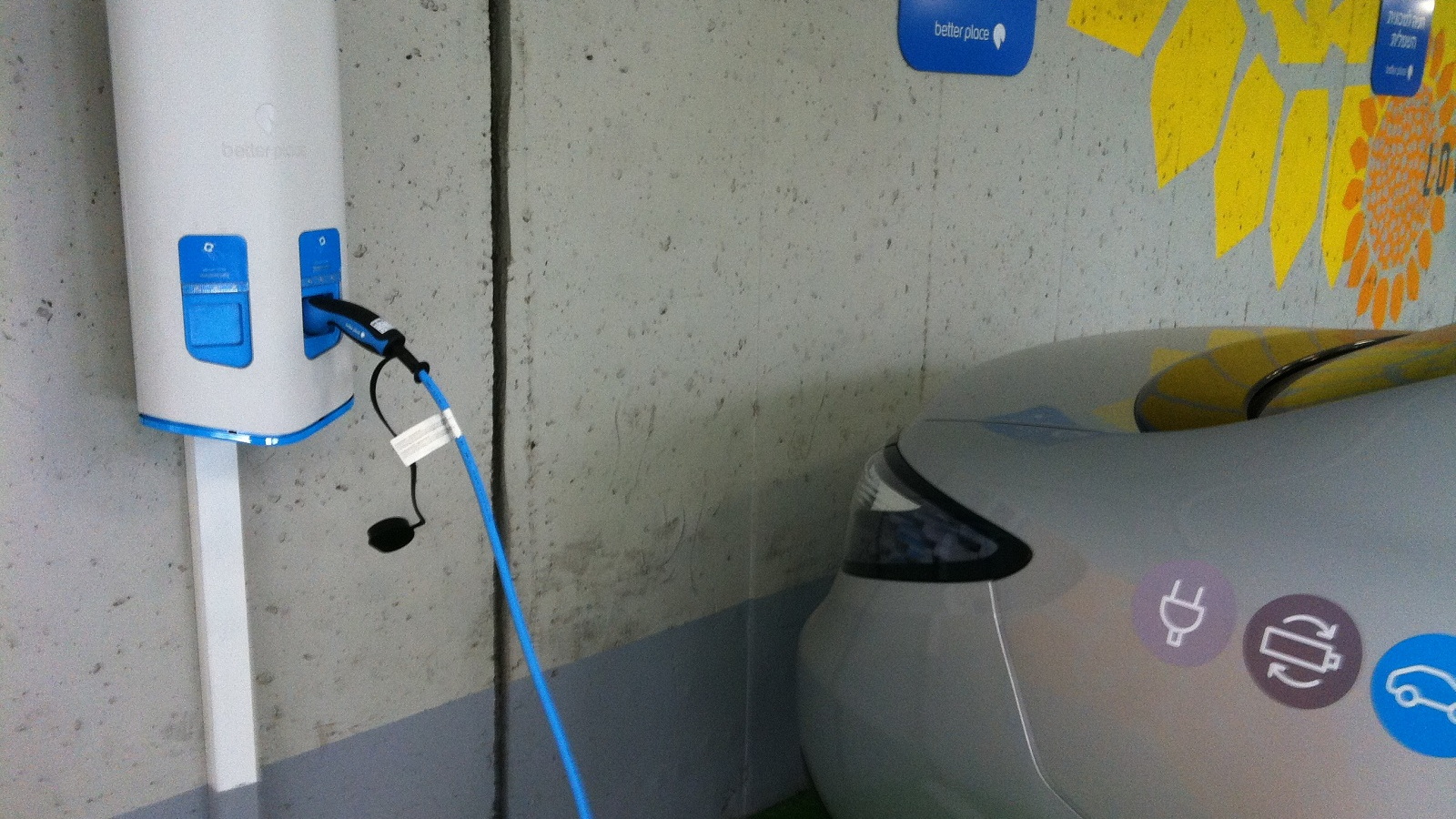 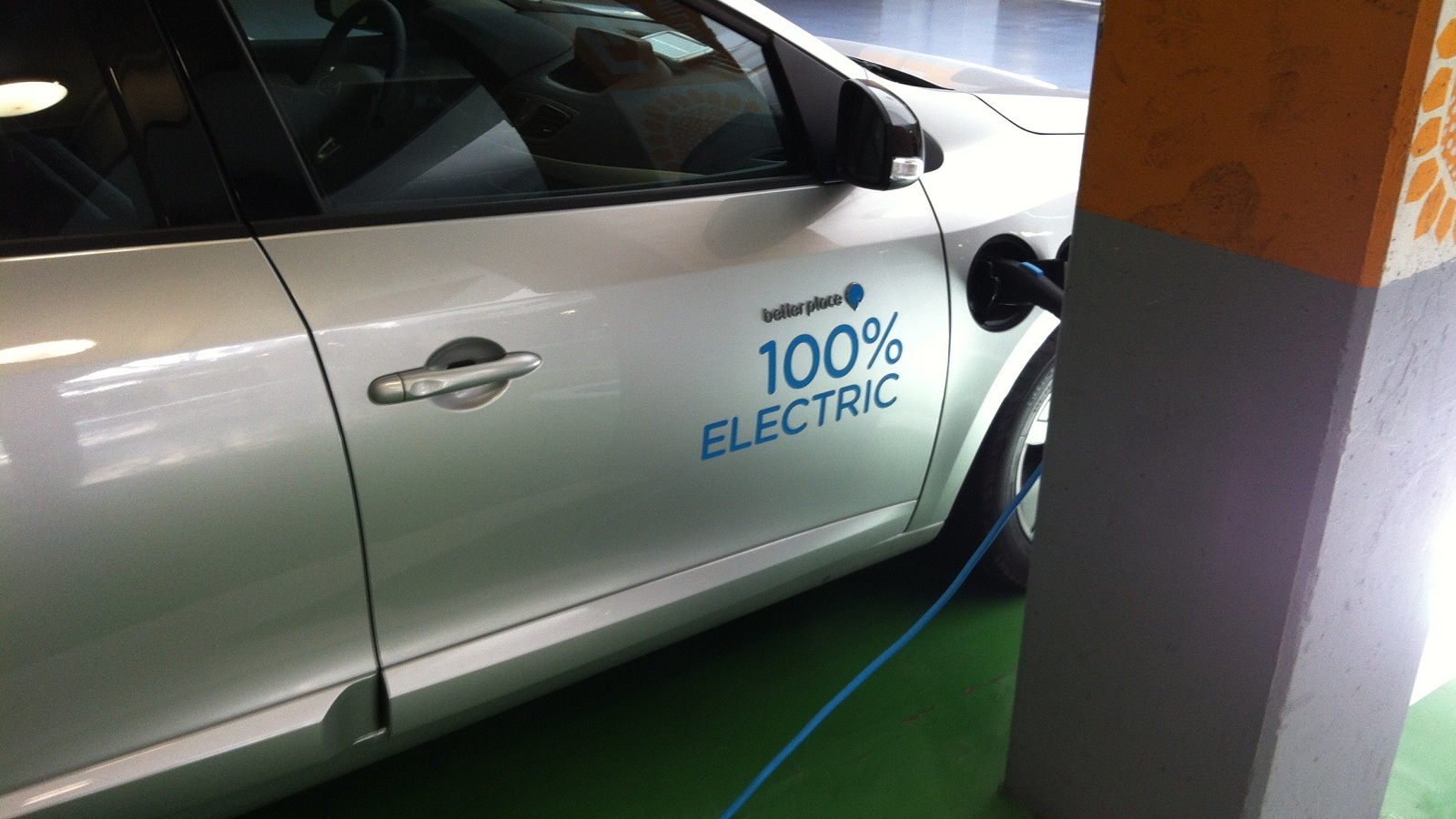 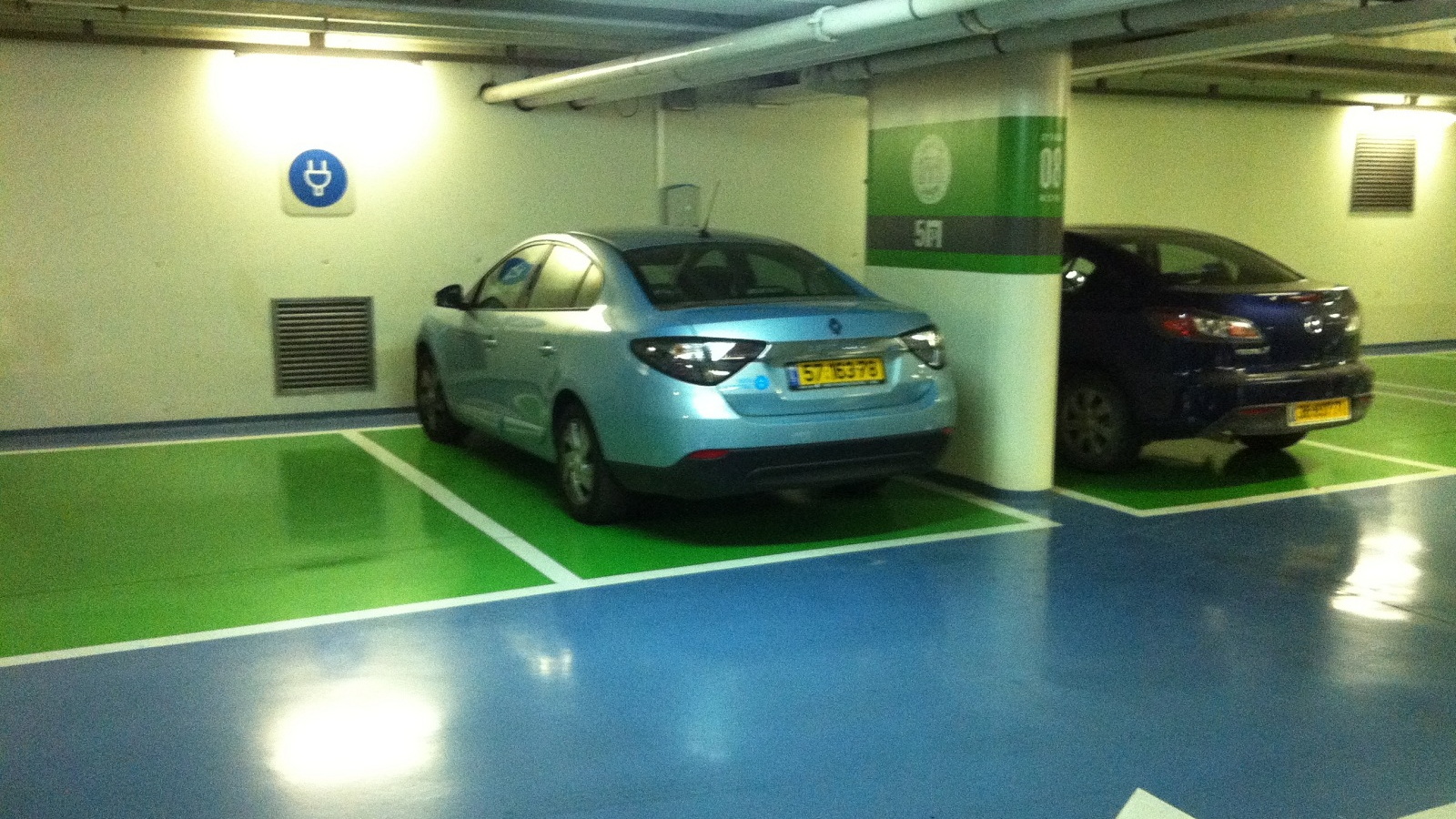 Electric-car drivers in the U.S. are now asking, What is a fair price value for use of public Level 2 charging stations?

In the U.S. and Europe, multiple networks of charging-spot providers have proliferated. Some are or were free, others offer a variety of payment terms, authentication systems, and cards or fobs. Payments in advance, by PayPal, mobile phone, and other methods are all being tried.

In Israel, the Better Place electric-car service sees a different role for public Level 2 charging stations, given that it has set up its own networked system of home-charging and battery switch stations.

As a Better Place customer, my main source of recharging by far is a Level 2 charger installed at my home by Better Place. The bill for the electricity I use goes straight to Better Place: they own and maintain my home charger, which fills a totally depleted battery in my Renault Fluence ZE in about 7 hours.

As well as the Battery Switch Stations they're known for, Better Place is installing public Level 2 charging facilities all over Israel--located in public parking lots, malls, entertainment venues, and hotels. The spot design has even been recognised with an Industrial Designers Society of America award.

Some of these places allow free parking, others don't. As with home stations, Better Place provides the charge spots completely free to the property owner and supplies the electricity.

But unlike my home station's permanently attached cable with a J-1772 plug at the end, most public charging spots have no cable. Better Place customers get a suitable cable for these stations provided with each car, along with an RFID key-chain tag to swipe--which opens the charge port door to accept the cable.

VIDEO: Better Place Australia shows how to use a public charging spot

When the Better Place customer walks away from the car after locking it, both ends of the cable are locked into place. (This isn't the case for U.S. public charging.)

These public charging stations are included in the Oscar navigation system Better Place provides in its cars, letting owners find nearby charge spots as well as battery-switch stations.

To reduce the threat that gasoline cars will park in charging spots, preventing electric-car owners from recharging, Better Place is now putting its stations in more remote parts of parking areas--lower levels, further from elevators, etc.

This is because Better Place can't tell public-parking operators to reserve the more convenient spots for relatively rare use by its customers. I've seen some lots block off one or two spots, but if the lot fills completely, they'll get used for whoever will pay to park there.

I've been able to ask the excellent Better Place customer service reps to phone ahead and ask that a spot be held for me, especially at hotels--but this is completely dependent on the owner of the parking spot.

The real value of the Level 2 chargers is that it lets customers skip a battery switch on longer journeys.

My best example is my 86-mile (140-km) round trip to Jerusalem, which includes a 2,600-ft (800m) climb and descent. If I were to start with a 100-percent battery charge and drive very carefully, it might be possible to squeeze that kind of distance out of the Fluence ZE--but it wouldn't be comfortable.

And what if I've already used 15 percent of my battery on a school run and am heading to my office in the morning before I drive up to Jerusalem? Sure I can get there, but will I be able to get back?

Better Place lets me switch en route to Jerusalem or, depending on my starting charge, on the way back.

Today there is only one switch station on the route and it's not optimally placed: the detour takes 15 minutes, so if I can avoid it, I will. There will be a switch station much closer to Jerusalem soon and that, for me, will be more convenient.

But I've found that two or three hours of Level 2 charging in Jerusalem  can replace one or both of these switches.

I still never plan to arrive in Jerusalem without enough charge to get back to the switch station on the return journey. That's my contingency if I can't use Level 2 charging for any reason, including a gasoline car parked in a charging spot or parking my Fluence ZE in some other location.

I've also used the public charging station at a mall near my home, but I do this more to show Israelis that these spots are getting used than because I really need to recharge.

Level 2 charging at hotels also comes in handy. If I'm planing a weekend break, I will now look for hotels with overnight charging facilities, which makes route planning and local touring much easier.

The downside to Better Place's subscription system is that I have absolutely no way to use domestic power in an emergency. I must either find a public charge spot or a battery-switch station, as electric-car users are not allowed to run a cable to any old electric outlet.

After some experience, I can say that public Level 2 charging plays a more important role in the Better Place service than I would have guessed.

Brian of London emigrated from the UK to Israel in 2009. He owns and operates his own import company in Israel with more than 15 staff. Today he regularly blogs at Israellycool.com about life in Israel, technology & business topics and lately his electric-car driving experiences.