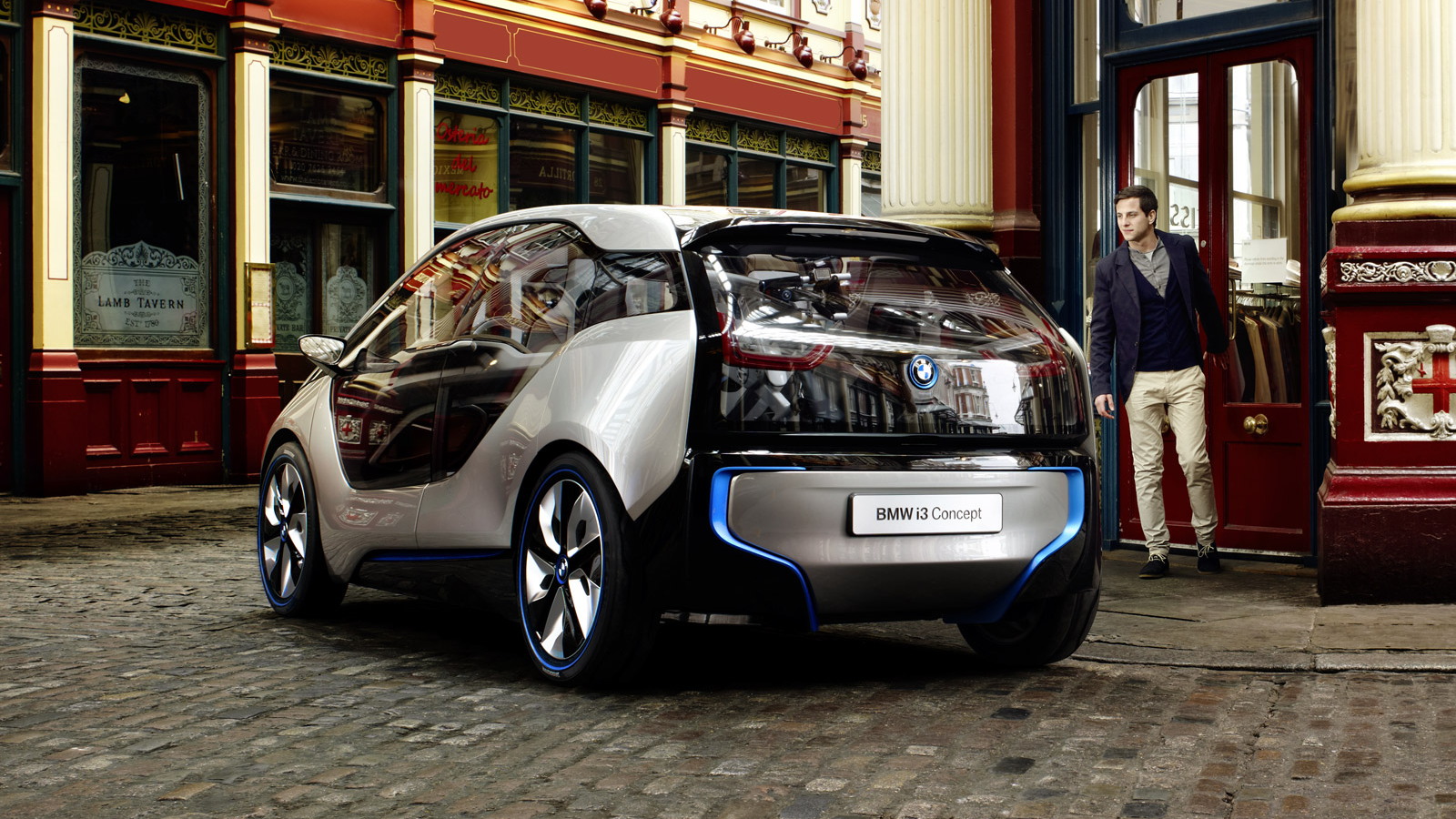 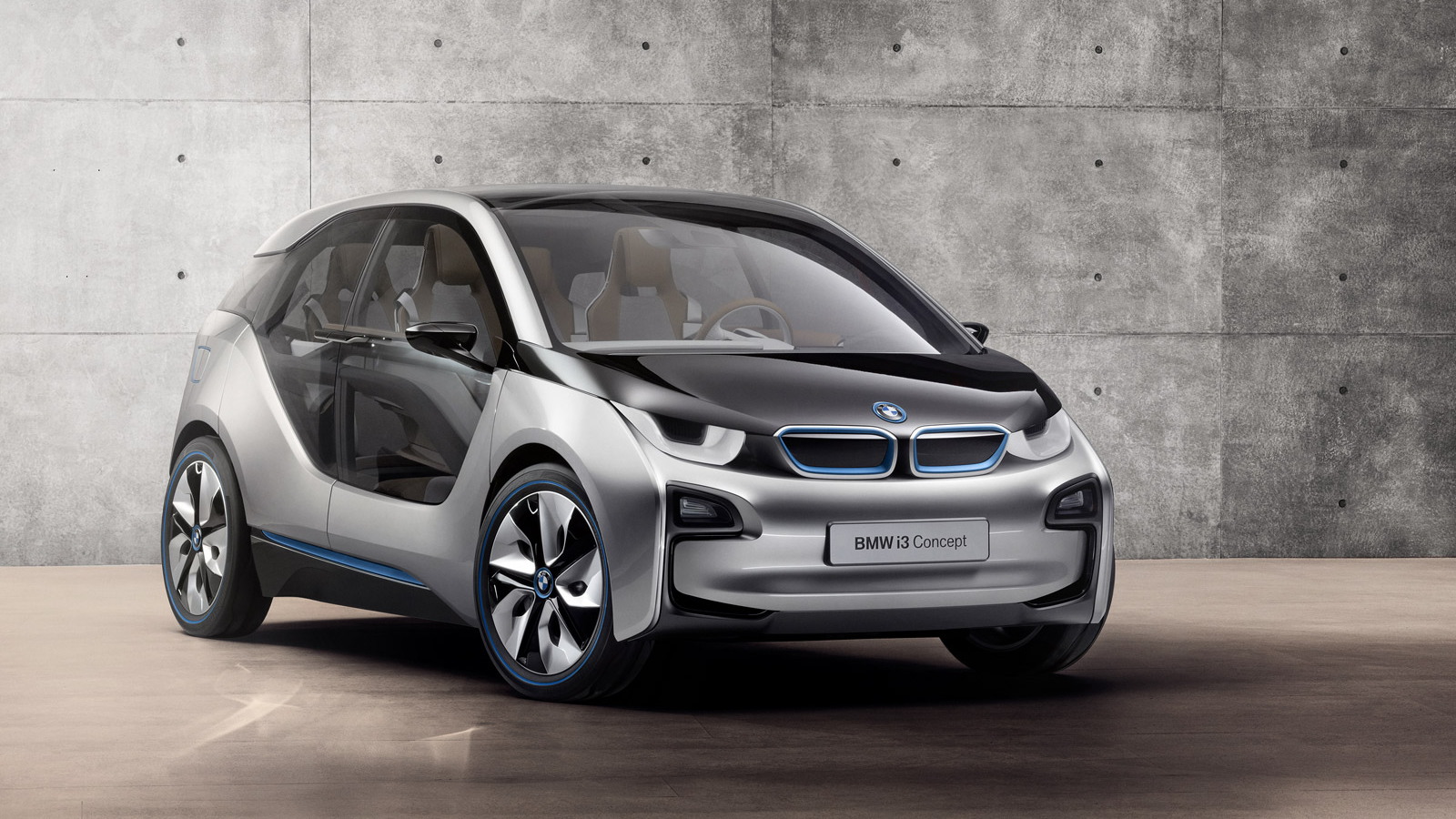 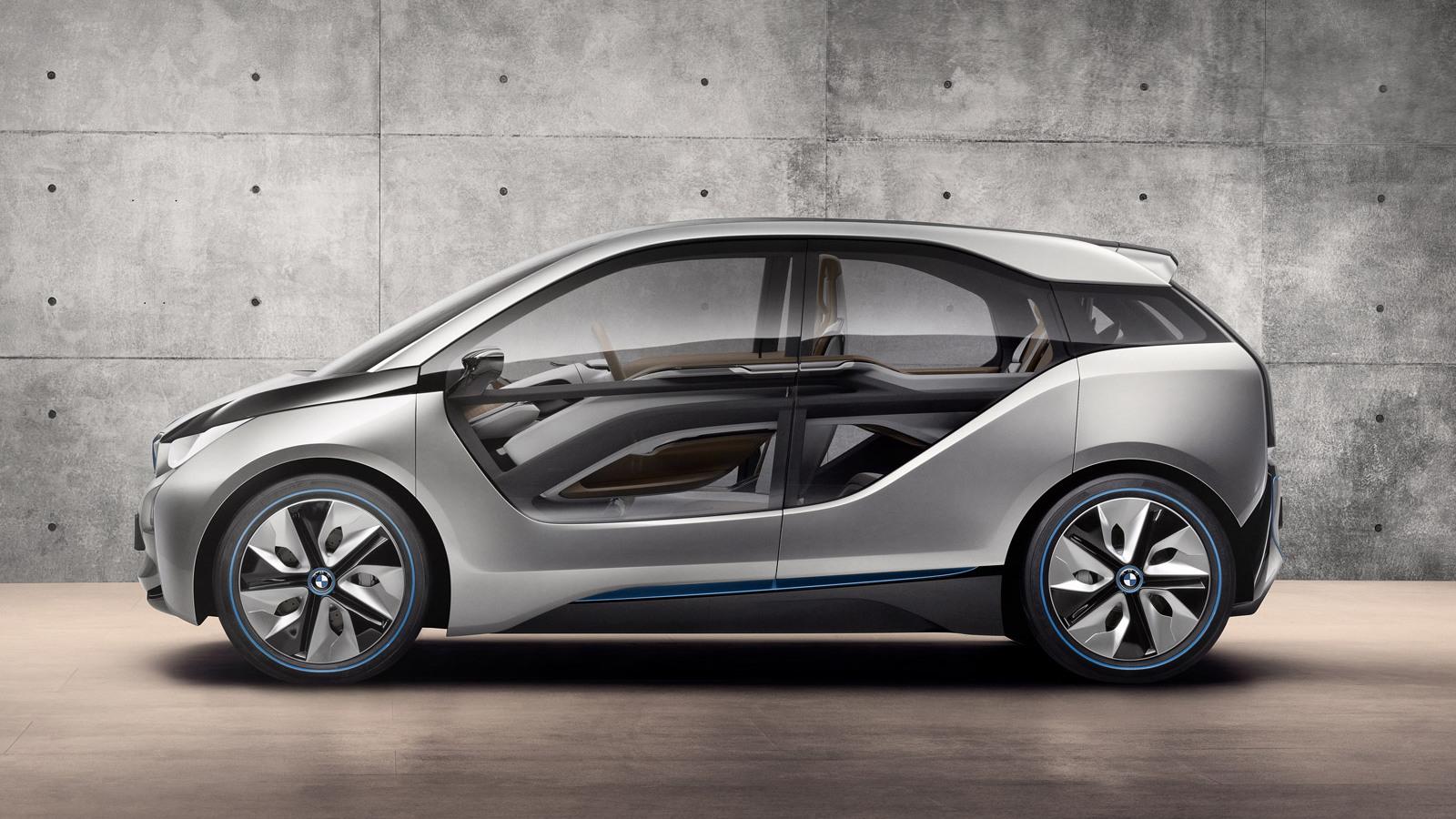 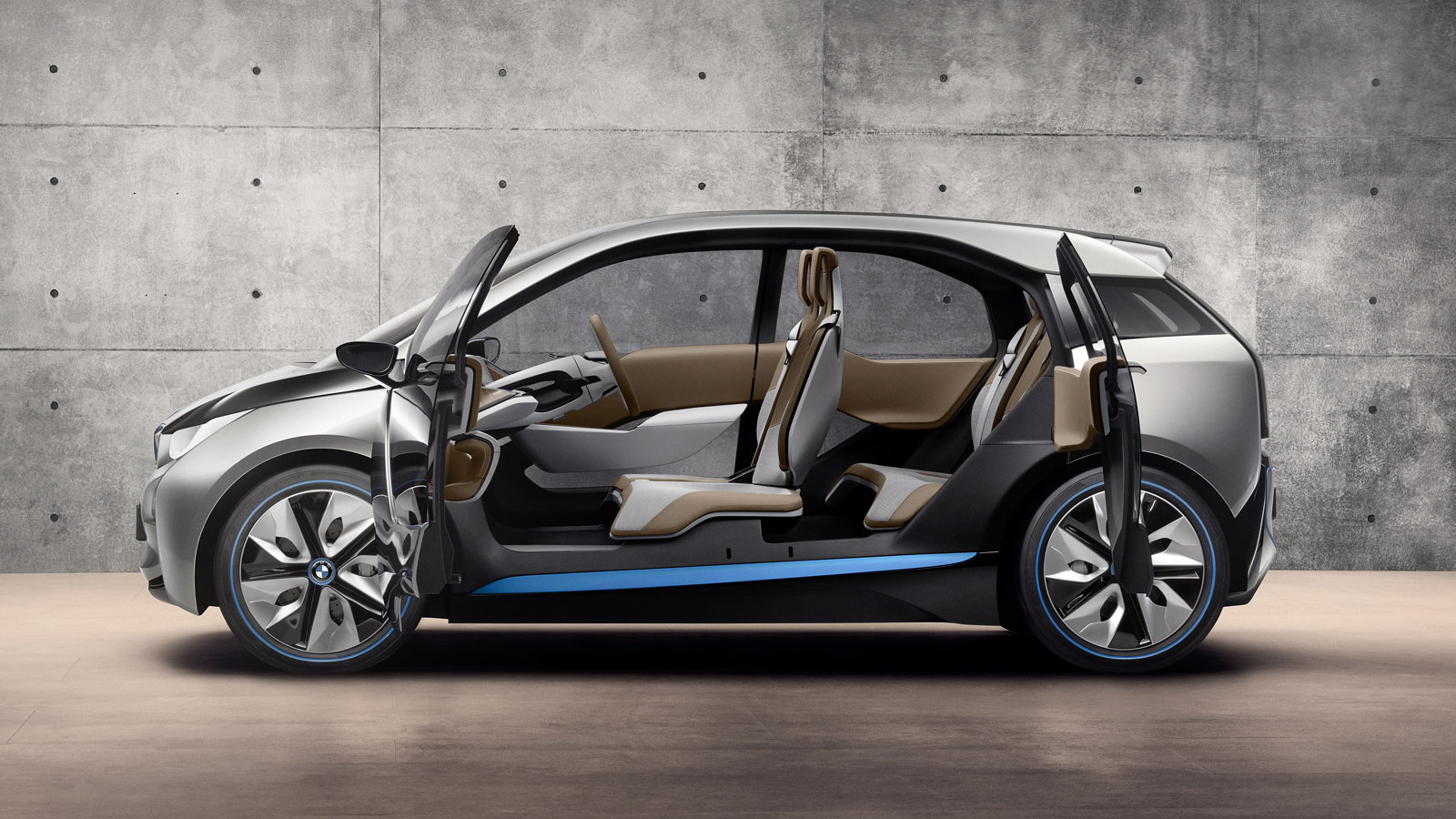 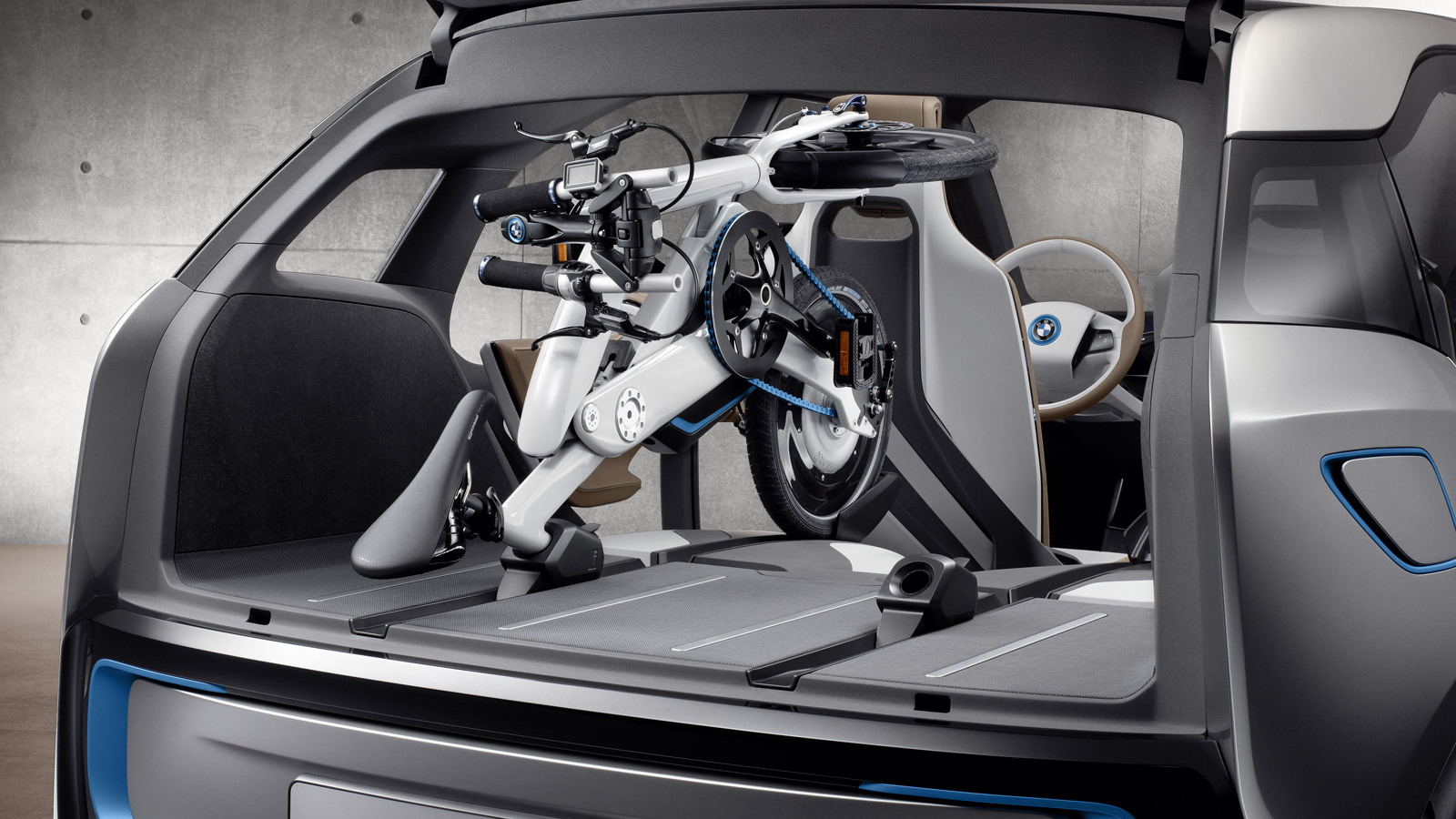 If you’ve ever visited central London in England and visited its famous Hyde Park, the chances are you’ve also seen one of BMW’s most prestigious showrooms, located along the highly-expensive and exclusive Park Lane.

Now, weeks ahead of the BMW-sponsored 2012 London Olympic games, BMW’s London Park Lane store will become the first i Store in the world.

At the opening of its first i Store, BMW will premier an updated version of BMW’s i3 concept electric car, unveil BMW’s i Pedelec electric bicycle concept, and detail an ownership package designed exclusively for its electric car customers.

BMW’s latest press photographs of the i3 electric car show a roomy, airy interior that mixes what BMW calls “a unique mix of renewable raw materials”

While very basic and flat in their appearance, the i3 Concept’s seat covers combine responsibly sourced wool and naturally tanned leather, while bench-derived front seats and lack of floor-mounted transmission, brake levers or center console means that it is possible for a driver or passenger to slide to either side of the car to get out in tight parking spaces.

Meanwhile, the curving, almost symmetrical dash is inlaid with eucalyptus wood which BMW proudly proclaims is sourced from sustainable managed European forests, while information is fed to the driver through a 6.5-inch freestanding instrument cluster and 8.8 inch central information display.

Alongside the new interior, BMW has announced its i Pedelec electric bicycle.

Designed to fold up and fit in the trunk of the i3, the bicycle features three-speed hub gears, disc brakes and an electric motor designed to assist the rider at speeds of up to 16 mph.

Range, BMW claims, is between 15 and 25 miles on a full charge, while recharging from a household socket is possible in 1.5 hours or 4 hours depending on the power available.

What is particularly interesting however, is the ability to recharge two of the concept bicycles directly from the BMW i3, offering the ideal mix of transportation for those who want to combine cycling and driving to their daily commute.

Prior to commencing sales of its 2014 BMW i3 or 2014 BMW i8, BMW has announced it plans to offer multiple sales channels to potential BMW i customers, while its 360˚ Electric package will offer servicing, public charging, home charging and what it calls “guaranteed mobility”.

For now, BMW has no plans to offer its i range at all BMW dealers. Like its performance specialists for its M-Series sub brand, BMW dealers will have become certified before they can sell any of BMW’s i brand.

Using a mobile sales team of specially-trained BMW i specialists, BMW hopes to give customers personal, knowledgable sales advice, while an online Internet portal gives an alternative ordering process for those who would rather order online.

Post-sale, BMW hopes its 360˚ Electric package will offer customers a comprehensive and hassle-free way of owning a BMW i3.

Designed to manage battery replacement, maintenance, charging and breakdowns, the package will come as standard with every BMW i3. It will, BMW says, include temporary hire of gasoline-powered BMWs when customers need them.