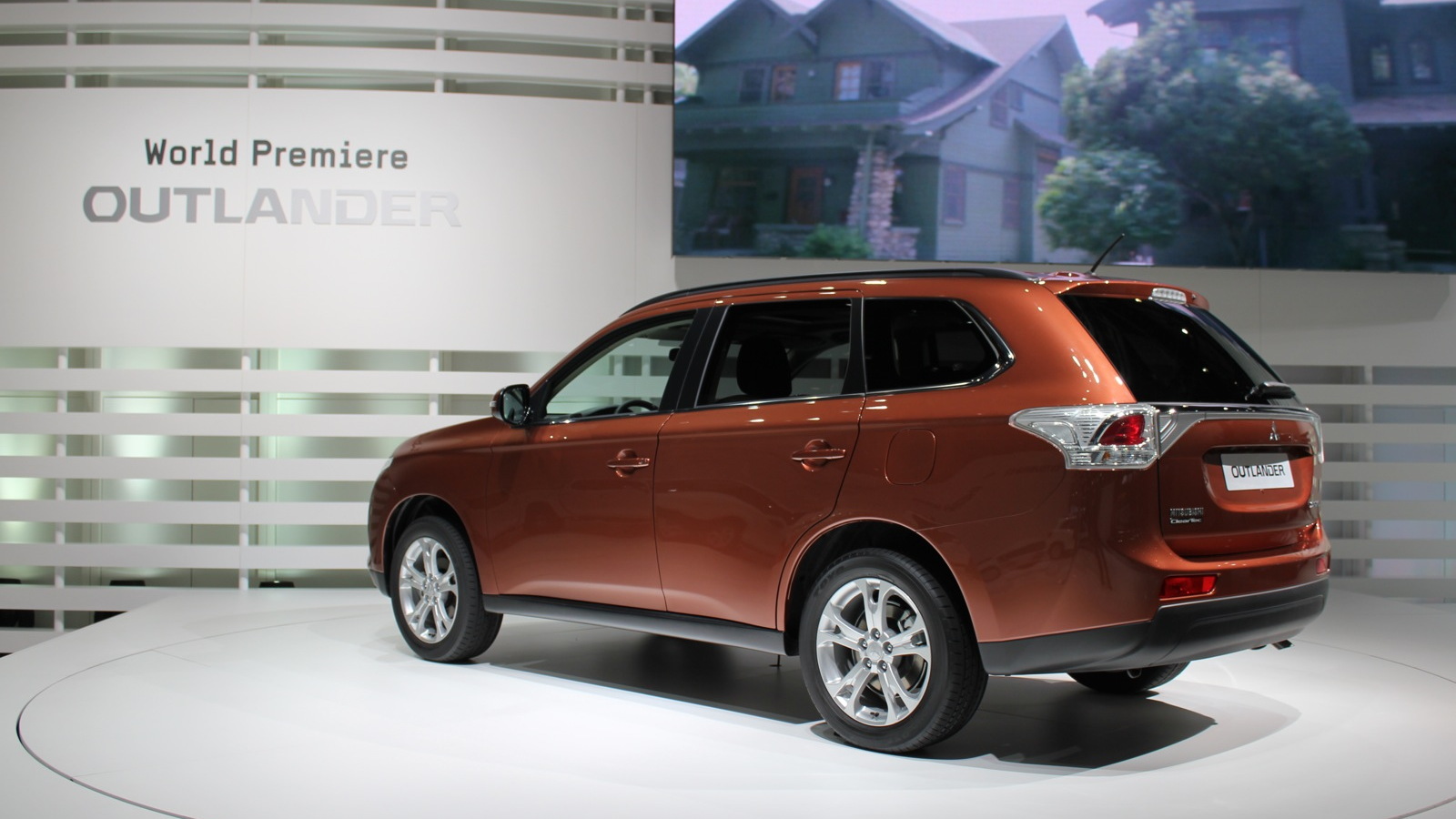 Aside from its 'i' electric car, Mitsubishi still attempts to cover the smaller sectors of the regular car market.

Its new 2013 Outlander crossover, launched this week at the Geneva Motor Show, is one of its main volume models in global markets including the U.S.

The all-new Outlander is the first Mitsubishi to debut a new styling language that dispenses with the large, Audi-like trapezoidal front grille seen on its current crossovers and the Evo compact performance sedan.

It's the first vehicle built on the company's new lightweight architecture, and it will offer engine start-stop as standard in at least some markets, along with an electronic system that acts as an eco-driving coach to teach drivers how to improve their fuel economy.

Inside, the new Outlander offers upgraded interior plastics, with much greater use of soft-touch surfaces and a "glass" instrument panel with digital instruments.

Importantly for green car buyers, the 2013 Mitsubishi Outlander is also the vehicle that will debut the company's first plug-in hybrid powertrain, most likely a year or two after its launch with a fuel-efficient four-cylinder gasoline engine (and a diesel for Europe).

As with the model it replaces, which dates back to 2006, the new Outlander will offer front-wheel or all-wheel drive.

Some versions will also have a third row of seating, for sixth and seventh passengers, and family-friendly features like a power tailgate will be available as options.

The 2013 Mitsubishi Outlander will reach U.S. dealers before the end of the year, but will first go on sale this summer in Europe.