Earlier this year, the public reputation of the 2012 Chevrolet Volt was changed forever after a crash-tested Volt caught fire in wrecking yard belonging to the National Highway Traffic Safety Administration (NHTSA).

It didn’t matter either that the battery fire started two weeks after the original crash test, or that it was the result of a massive side-impact representing a worse-case, real-world collision: the Chevrolet Volt’s reputation was tarnished.

But while the NHTSA discovered one of its test cars caught fire after undergoing crash testing, the Insurance Institute for Highway Safety -- which also totaled three Chevrolet Volts in the interest of crash-safety testing -- didn’t see any Volts catch fire.

The difference, according to EVworld.com, is that while the NHTSA managed to rupture battery coolant lines during testing, almost identical crash tests at the hands of the IIHS failed to damage the Volt’s battery pack housing or coolant pipes. 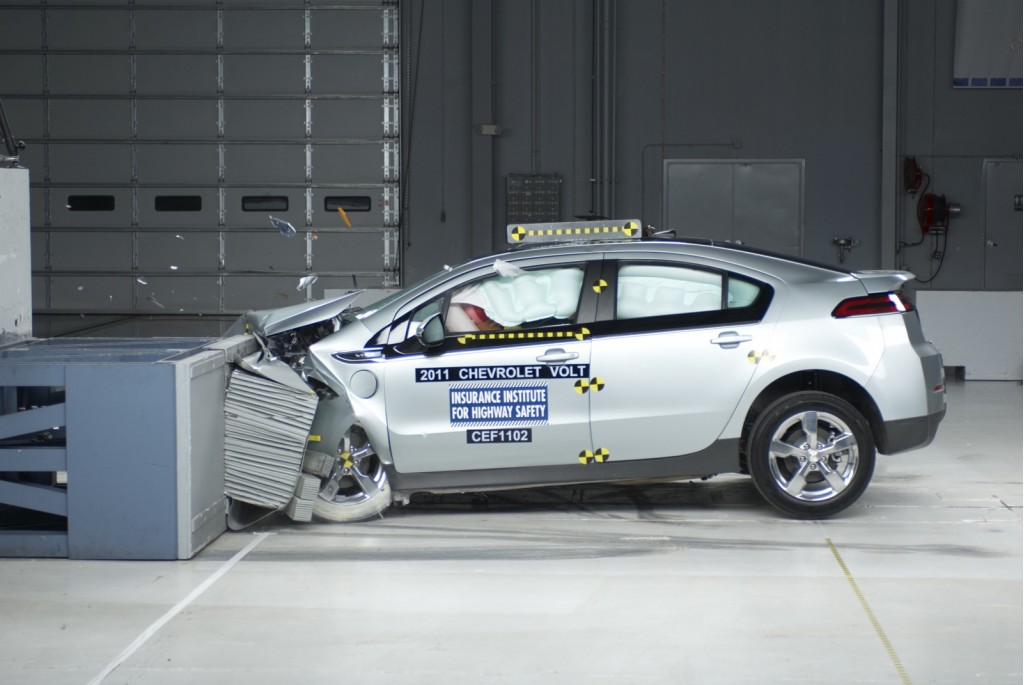 And without a ruptured coolant line or battery pack housing, the liquid coolant -- now believed to be the cause of the NHTSA crash-test fires -- couldn’t leak into the Volt’s 16 Kilowatt-hour battery pack and cause an electrical short.

Moreover, the IIHS test-cars, which were wrecked during testing in February, remained in a fully-charged post-crash test for nearly five months before a technician from Chevrolet came to discharge their battery packs.

It’s no wonder then, that the IIHS sticks by its own safety rating and top safety pick award for the plug-in hybrid car.

And yet we’ve not seen much mention of the Volt’s IIHS crash test successes since, allowing many commentators with political axes to grind the chance to continue their uninformed war against Chevrolet’s plug-in hybrid.

What do the IIHS tests tell us?

Simply put, not every Chevrolet volt side-impact will result in a fire, and not every car with liquid battery cooling is dangerous.