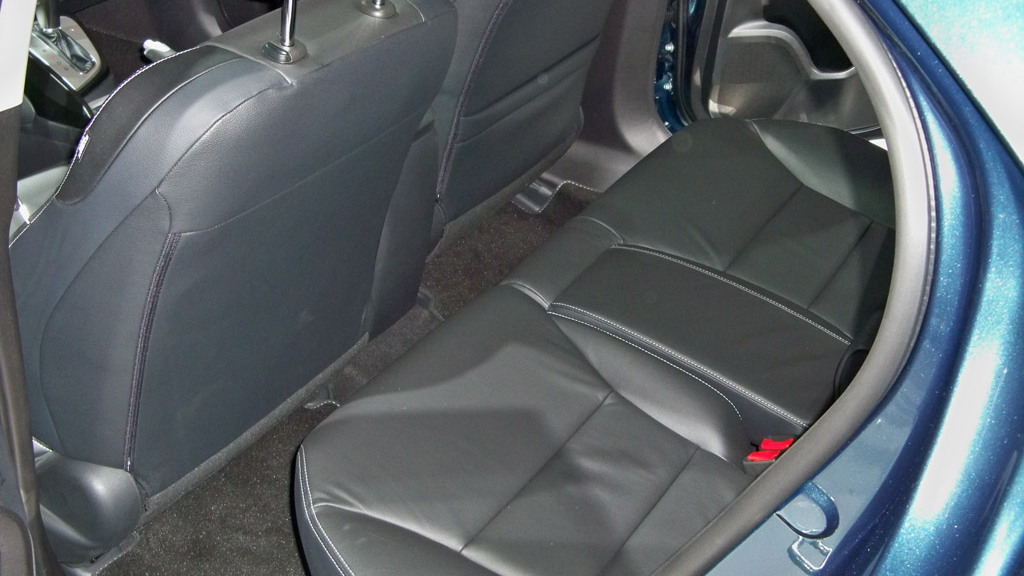 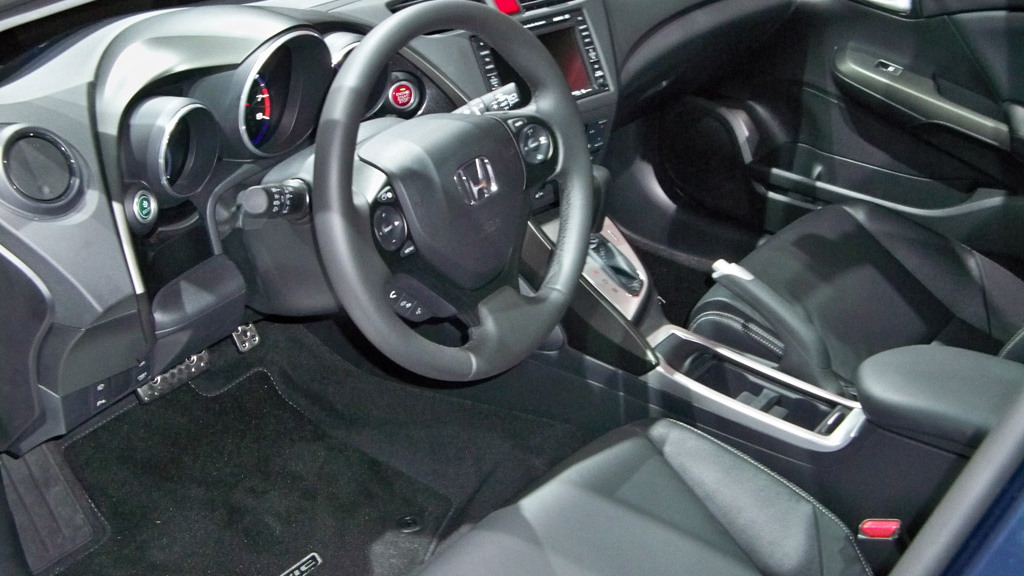 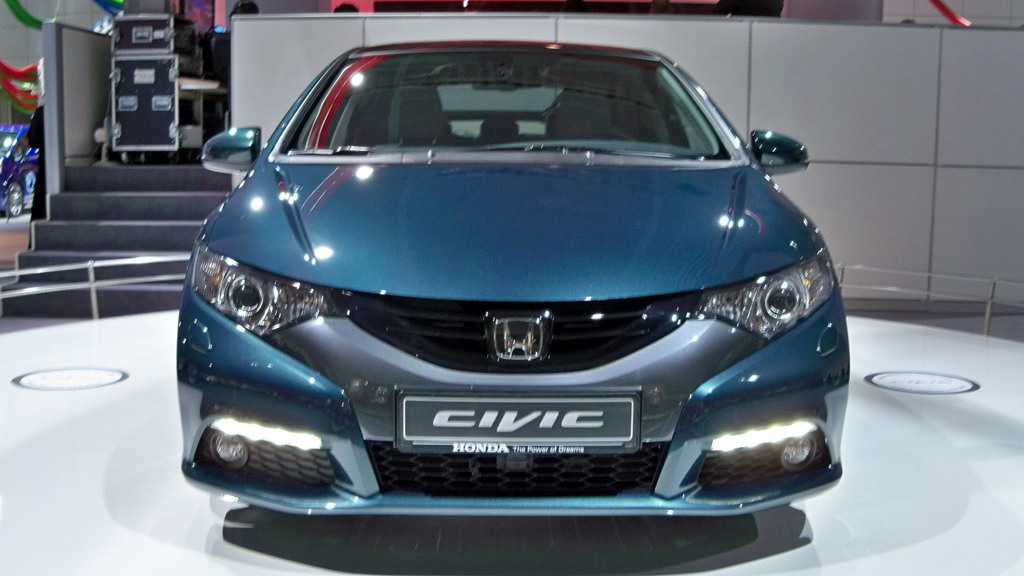 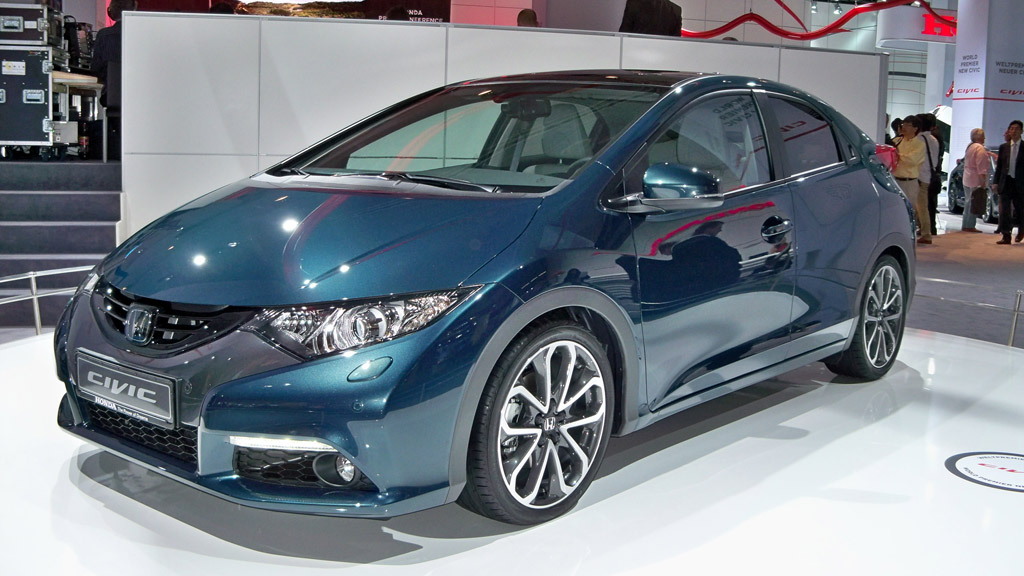 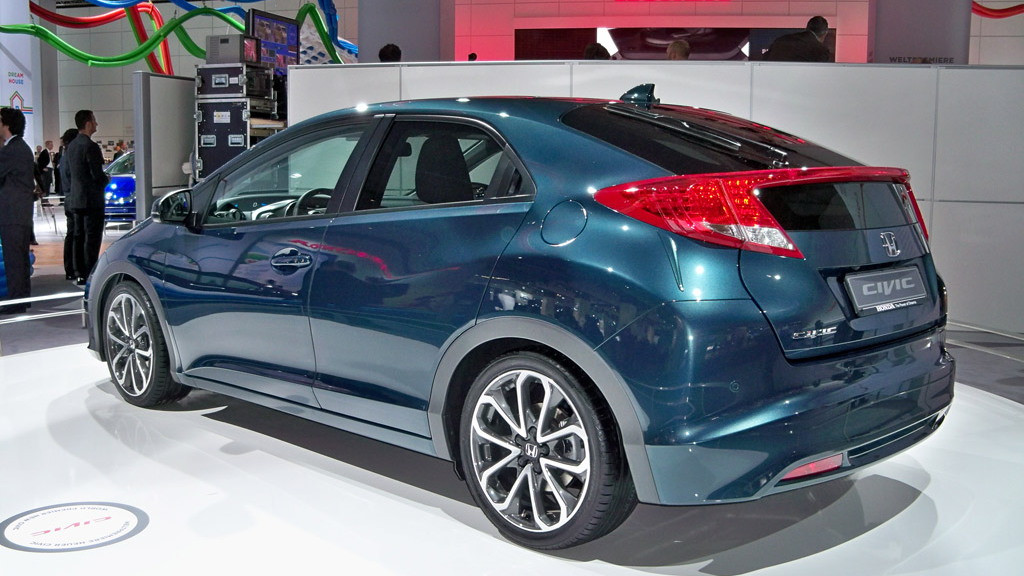 The 2013 European Honda Civic Hatchback was unveiled earlier this week at the 2011 Frankfurt Auto Show.  Sleeker, more aggressive and more practical, it showcases Honda’s ninth revision of this gas-sipping compact.

Sadly, just like its predecessor, the 2006-2011 Honda Civic hatchback won’t be coming stateside any time soon. Instead, U.S. customers will have to settle with the Civic Sedan.

That may not seem like such a big deal -- until you see just what the Civic Hatchback can do.

Designed specifically for the Euro market -- where hatchbacks outnumber sedans by a huge order of magnitude -- the Euro-spec Civic looks positively futuristic with long, sweeping headlights and a similar rear quarter to the 2012 Ford Focus.

Powered by a 1.8 liter gasoline engine which produces 10 percent less emissions than a comparable engine in the previous generation Civic, the 2013 Civic Hatchback promises to  achieve the best fuel economy of any Civic yet. A 2.2 liter diesel engine will also be offered as an option.

The redesign isn’t just about space-age looks, a newly designed interior or better fuel economy either -- it’s about practicality. And it comes directly from Honda’s highly versatile Fit subcompact.

The Civic Hatchback also inherits the Fit’s incredibly practical rear “Magic Seat”, meaning that the rear seats can be folded down -- or up -- to accommodate large items like bicycles in the rear passenger section of the cabin.

We’re genuinely not sure why Honda isn’t bringing this variant of its well-respected Civic to the U.S. -- but we think it would do well as a direct competitor to Ford’s new 2012 Focus.

Would you buy one? Take a look at the photo gallery and let us know in the Comments below.