If you’re a regular visitor to this site, you’ll know that we’ve said before that making a good electric car is hard, even for large automakers like Ford, Nissan, Toyota and Chevrolet.

As for turning a production gasoline or diesel car into an electric one? It’s a whole different level of tough.

Which is why we went with an open mind to test-drive the E-Range, a prototype fully electric SUV conversion based on a Range Rover.

Made by Liberty E-Cars, a U.K. based firm with grand designs to use its patented electric drivetrain system to convert a U.S. made SUV into an all-electric car, the E-Range is its demonstration platform. 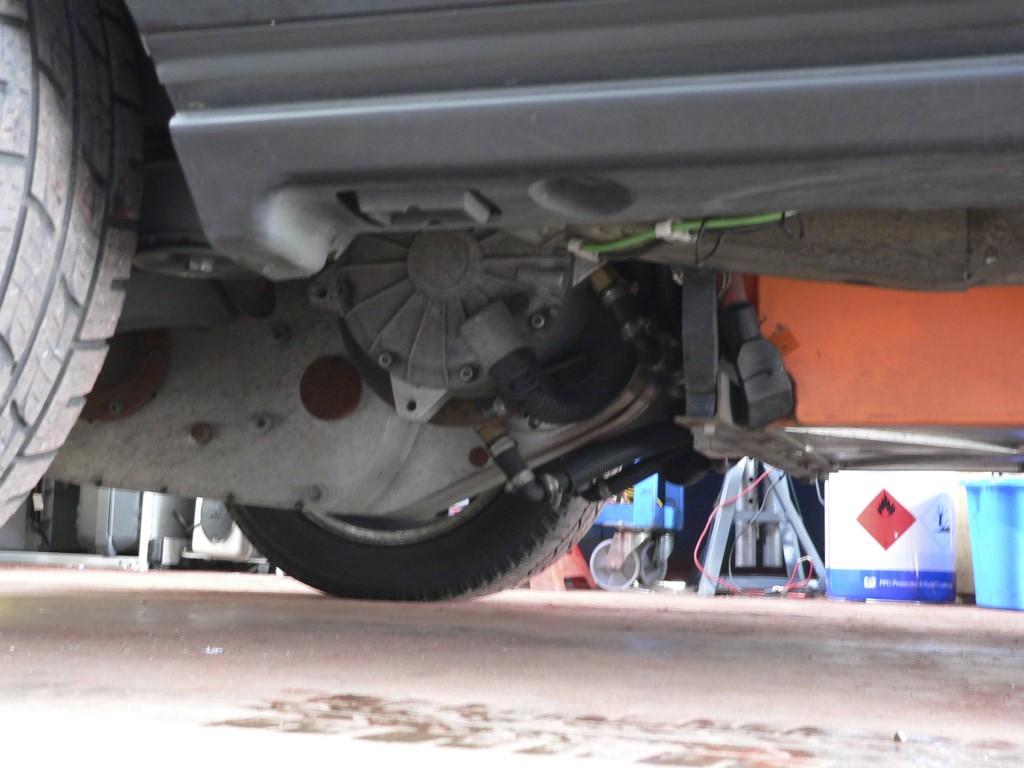 Unendorsed by Land Rover, Liberty E-Cars conversion is carried out to new Range Rovers which it buys as fully functioning internal combustion vehicles.

Removing the large, gas-guzzling engine and standard drivetrain, Liberty installs an unspecified DC electric motor capable of producing 405ft/lbs of torque on the vehicle chassis at each corner, linking it to the wheel through a reduction gearbox and short drive shaft, giving completely independent four-wheel drive.

Power is supplied by a 75 kilowatt-hour lithium-ion battery pack located underneath the main body of the car, giving the e-Range a claimed range of 200 miles per charge.

When we drive a prototype car we always expect there to be a few issues still requiring attention, such as a steering geometry, unfinished trim or even unfinished telematics

But in the case of the E-Range, our troubles started the minute we sat behind the wheel.

For the first 5 minutes of our test drive, our car went nowhere.

Caused by what LIberty told us was a miscommunication between Land Rover’s original Range Rover electronics and its own conversion electronics, our E-Range didn’t want to go into gear.

Then the car’s steering lock refused to disengage, prohibiting us from pulling out of Liberty’s workshop. 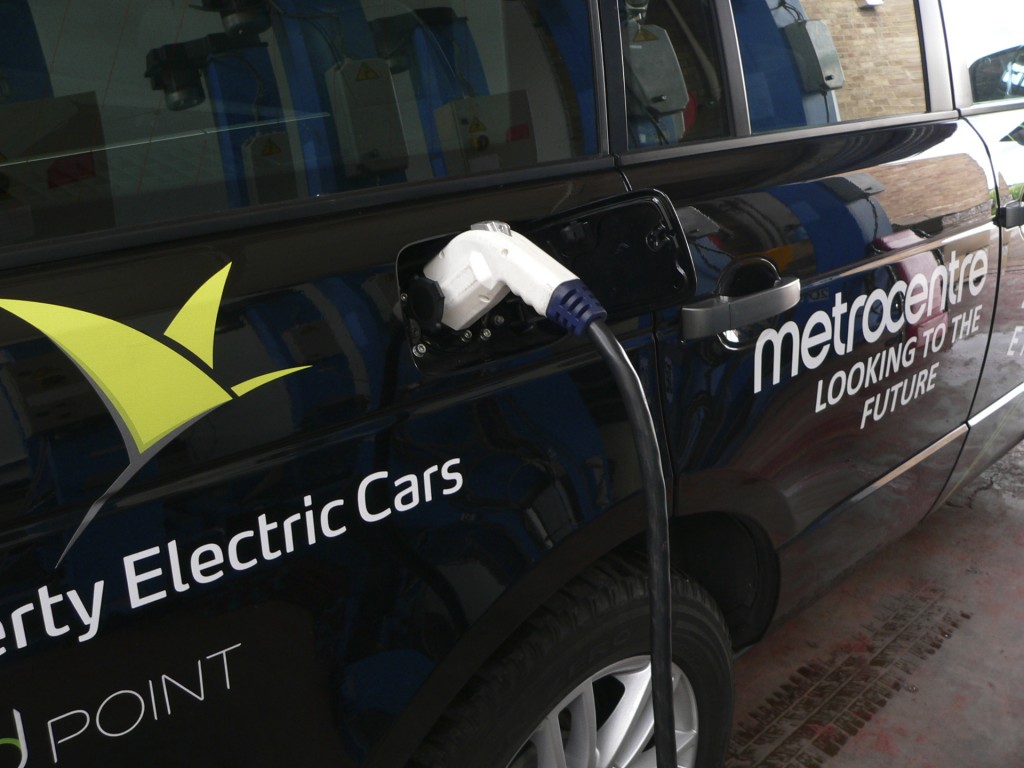 How do you select a gear in a car with automatic transmission? It varies from car to car of course, but the general accepted practice is to place one’s foot on the brake pedal while moving the gear selector.

Not so with the E-Range. In order to move the car out of park, you have to keep your foot off the brake pedal, making the E-Range counter-intuitive from the start to anyone who drives an automatic transmission.

Given that very few people drive stick these days, that alienates the majority of Liberty’s potential customers.

To actually get the E-Range to move, we were told to select drive and then place our foot on the brake momentarily. Touching the brake pedal briefly then engages the electronically simulated idle creep function.

Selecting reverse was a similarly convoluted affair, with the E-Range taking a good ten seconds to notice we’d disengaged reverse before switching off the standard Range Rover reversing camera

Slow to pull away

One of the advantages to using electric motors over an internal combustion engine is the huge amount of torque available at low speed. As anyone who has driven a 2011 Tesla Roadster will tell you, that extra torque makes for extremely quick acceleration from standstill.

But during our all-too brief test-drive, the E-range betrayed its all-electric drivetrain and exited junctions at a speed more suited to a neighborhood electric vehicle than a $225,000 SUV.

Once moving however, acceleration was quicker, pushing us up to 55 mph without incident. Sadly, our time with the car was so brief we were unable to test the E-Range’s claimed 0-60mph time of 7 seconds. 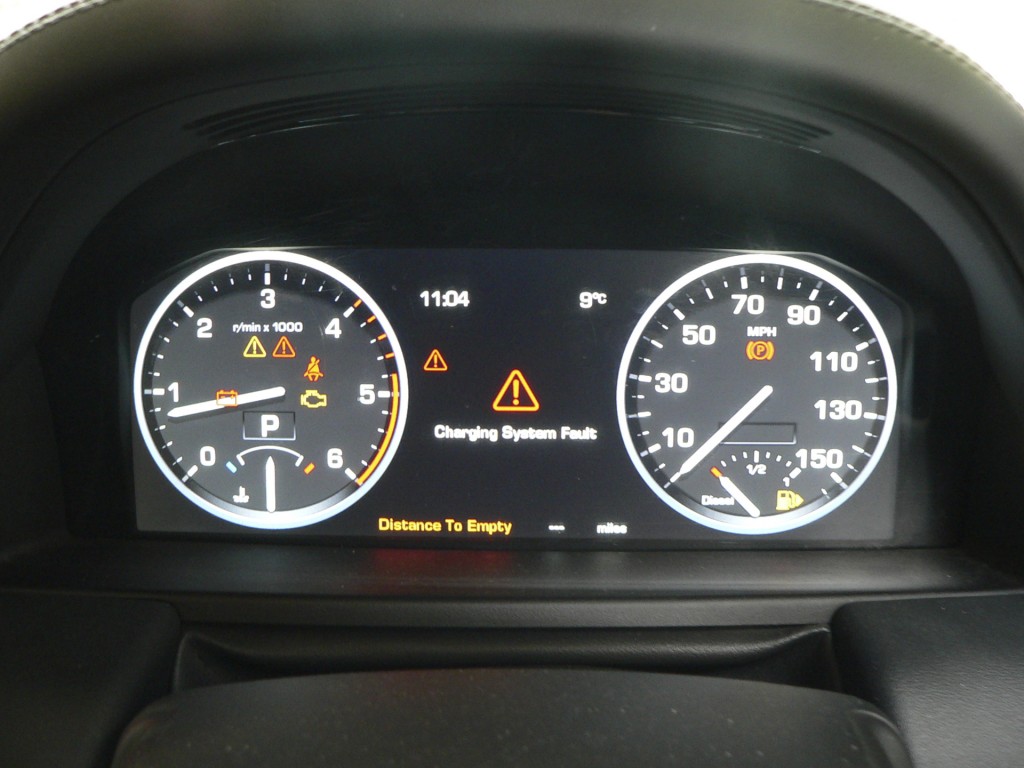 More concerning though, was the rapid way in which performance seemed to degrade with use.

When we stepped behind the wheel, the Liberty E-Range’s battery indicator was showing approximately a 60% state of charge. By Liberty’s own math, that would indicate a remaining range of 100 miles or more.

In reality, we found that only after 15 minutes of driving the low-resolution charge display had already dropped by one light, indicating a drop to 50% or less.  And with barely six miles covered, the mighty E-Range begun to feel more lethargic than it did when we first stepped on the accelerator.

Given our limited test-drive, we think driving 200 miles, while technically plausible, would cause some significant range anxiety for anyone attempting it.

By far our scariest moments of the test drive came on a faster section of highway with a 50 mph speed limit.

Braking for one intersection, the steering wheel of the E-Range started to madly vibrate, indicating a serious braking problem and prompting us to use very light brake pedal pulsing to slow the car down.

While it was probably caused by something as benign as a worn brake pad, it is unfortunate that a simple mechanical fault manifested itself in this way on day when Liberty was offering test-drives to the press, and did nothing to improve our impression of the E-Range.

Failing brake pads wasn’t the E-Range’s biggest problem though. While accelerating away from one a typically British traffic circle, the E-Range lurched violently to the right, requiring some significant counter-steering effort to prevent it from hitting the side of the road. 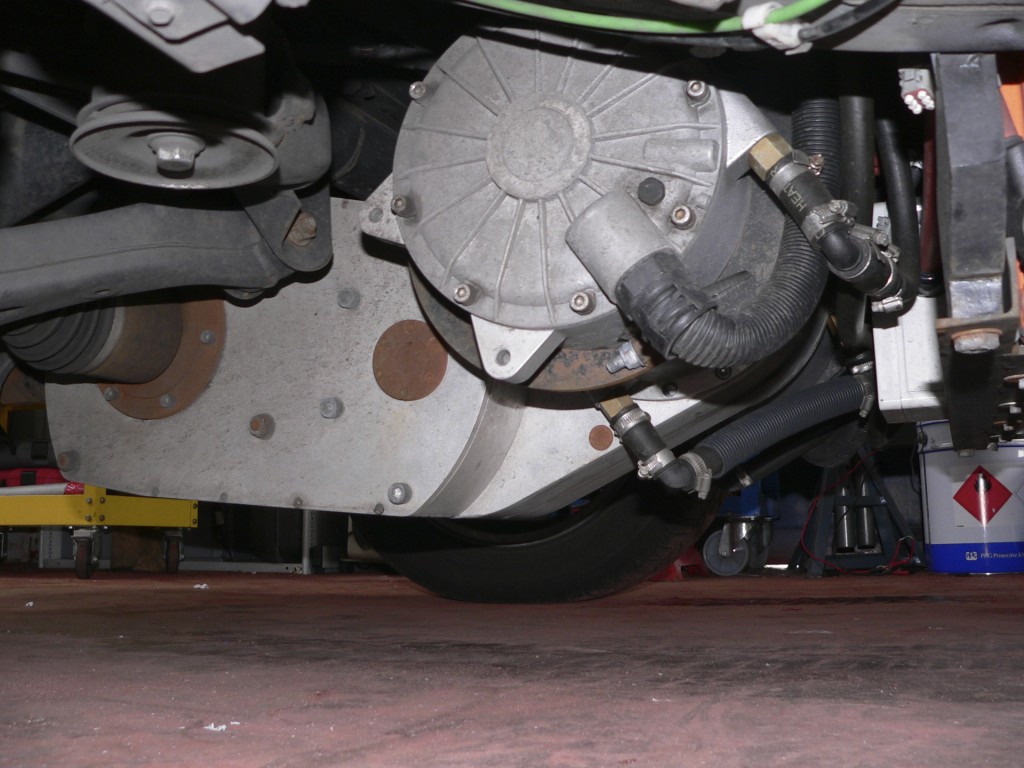 Our chaperone, Liberty Managing Director Ian Hobday, was apologetic. He told us the unexpected lurch to starboard was probably caused by a momentary safety cut-out on one of the car’s four motors.

All in all, our short experience with the Liberty E-Range was a disappointing one. While prototypes are bound to suffer one or two issues in any test-drive, the litany of woes we experienced left us feeling very little but frustration.

Clearly, Liberty has carried out a great deal of work to turn the U.K’s largest luxury SUV into an all-electric car for the niche executive market, but the work is far from finished.

Liberty claims it has already had a great deal of interest from company CEOs and other executives interested in buying an E-Range. In fact, Liberty makes no bones about the fact that its E-Range is specifically targeted to those with six-figure pay packets and spare money to burn. 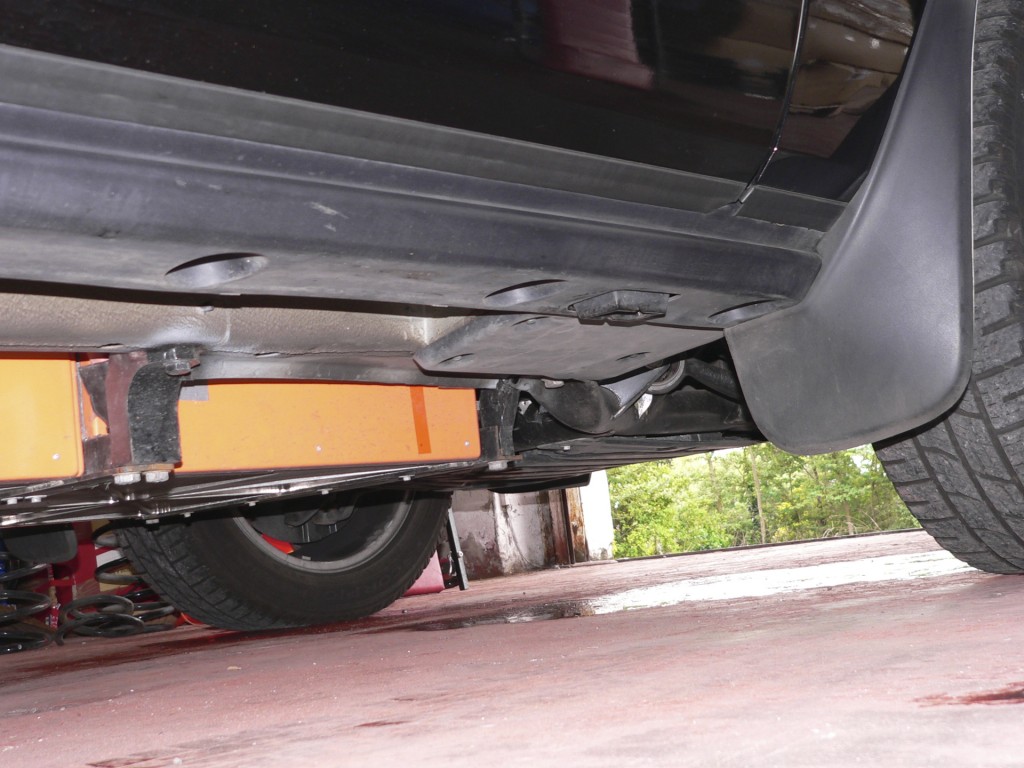 In other words, the Donald Trumps of the world.

And there lies the rub. In our experience, when someone is wealthy enough to afford a $225,000 car they are also discerning enough to want the very best quality for their money.

Right now, the Liberty E-Range isn’t anywhere near that quality.