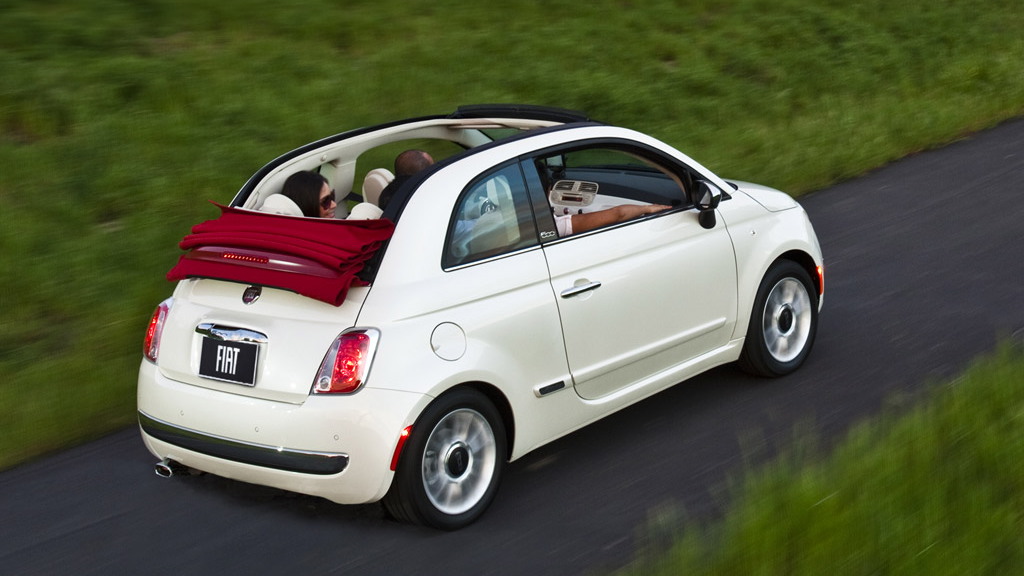 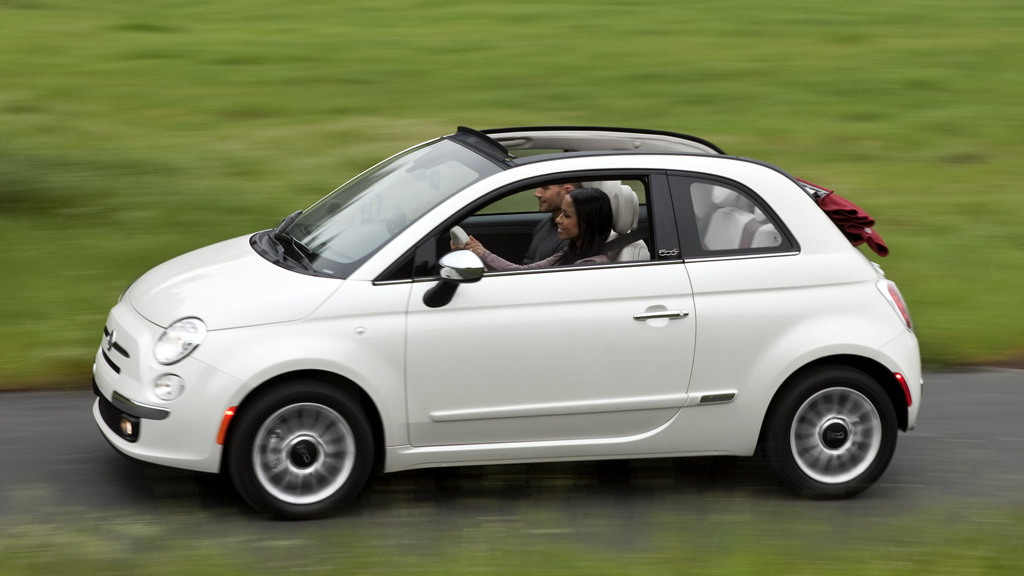 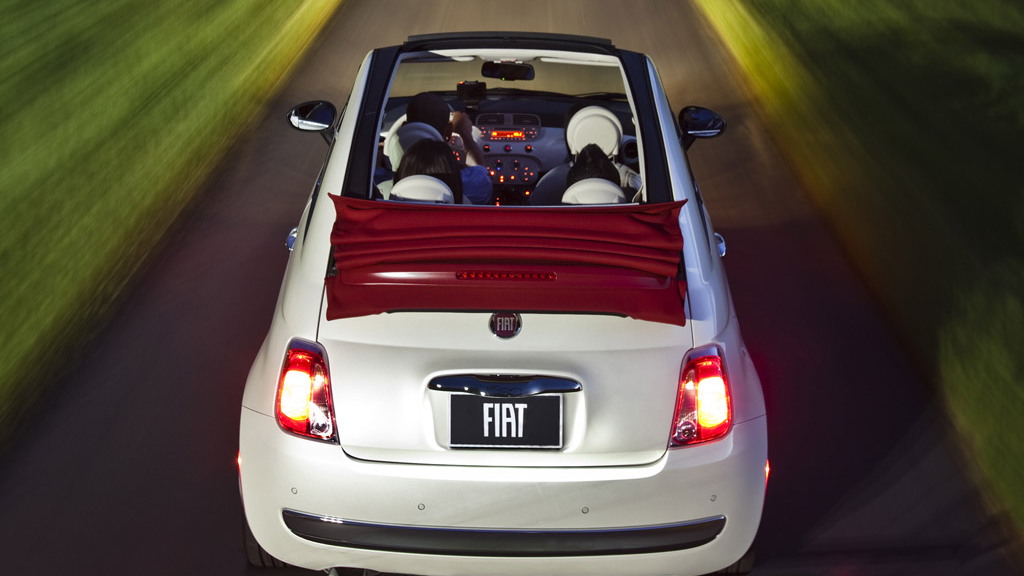 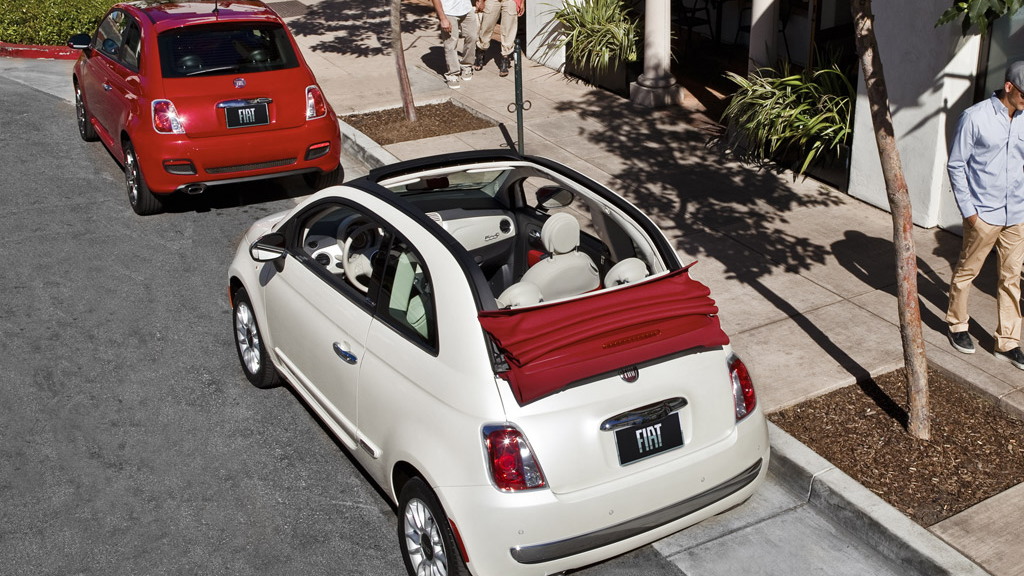 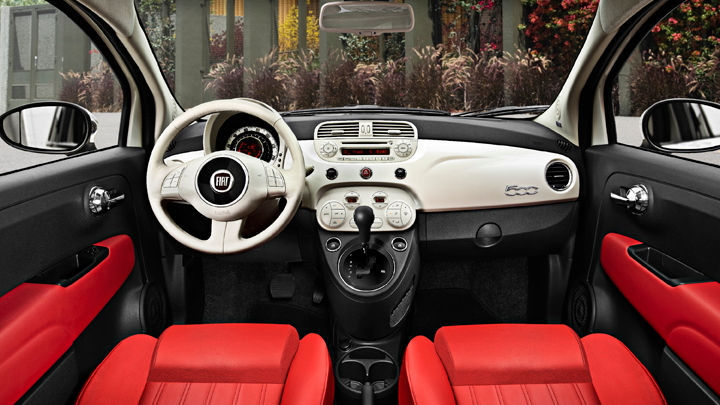 It's springtime, which means tornadoes for some of us, showers and muggy weather for others.

It also means putting the roof down on convertibles after the long winter hiatus. Which led us to wonder: What's the best gas mileage you can get in a new drop-top car with four seats (or at least four seat-like spaces, no matter how small)?

The answer, newly unveiled at last week's New York Auto Show, is the 2012 Fiat 500 Cabriolet (or "500C" as it's also known). It goes on sale this spring, presumably meaning by June.

Though ratings aren't yet out for all 2012 models, the EPA rated the 2012 Fiat 500 three-door hatchback fitted with a five-speed manual transmission at 30 mpg city, 38 mpg highway, for a combined rating of 33 mpg.

The version of the 500 fitted with a six-speed automatic is less impressive, at 27 city, 34 highway, and 30 mpg combined. Ratings for the Cabrio should be similar or perhaps 1 mpg lower.

(We should also note, as reader Pitt Moos points out, that the 2011 Smart ForTwo Cabrio gets slightly better gas mielage: 33 mpg city, 41 mpg highway, for a combined rating of 36 mpg. But it has only two seats, which we neglected to put into the article--or the headline. Mea culpa.)

The soft-top version of the 500 has a neat motorized fabric roof that slides back on rails to stack just above the decklid.

The roof panel folds neatly to display the 500C's third brake-light at all times, and it can be retracted or erected at speeds up to 50 mph.

Two 500C versions are offered: Pop and Lounge, mirroring two of the standard 500's three trim levels but omitting the Sport version that's only offered as a hardtop.

The 2012 Fiat 500C Pop has the five-speed manual gearbox; 15-inch wheels; power windows, locks, and mirrors; and both a USB port and Bluetooth connectivity as standard. Its price starts at $19,500 plus destination charges.

If you want the automatic transmission (lower gas mileage, remember, ahem), it's optional on the 500C Pop, as is a navigation system.

As for the allure of the absolutely adorable Fiat 500 Cabrio, we think the photo of supermodel Elle MacPherson posing with her 500C in London says it all.