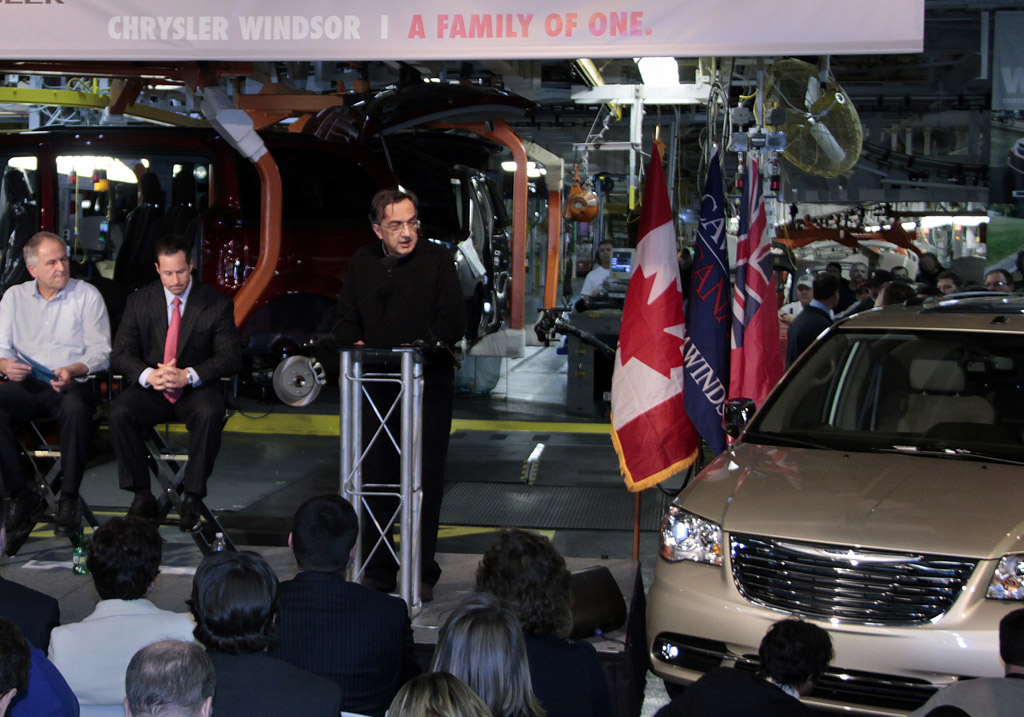 Earlier this week we heard from Sergio Marchionne, the demanding CEO of Fiat-Chrysler, that a hybrid version of the new 2011 Chrysler 300 sedan would arrive sometime in 2013. Now, at Chrysler’s Windsor plant in Canada, Marchionne has revealed that the hybrid 300 will be joined in 2013 by a new hybrid minivan model.

Marchionne was on hand at the Windsor plant to celebrate the production launch of the new 2011 Dodge Grand Caravan and Chrysler Town & Country, the latter being the most likely recipient for Chrysler’s latest hybrid technology.

That brings us to another point. Chrysler will no longer rely on the aging Two-Mode hybrid system co-developed with GM, Daimler and BMW and last used on its Dodge Durango and Chrysler Aspen SUVs in 2008. Instead, Marchionne boasted that Chrysler will use its own in-house developed system.

The hybrid minivans will almost certainly be based on Chrysler’s next-generation minivan design, which will stick with a sliding door and offer all-wheel drive as an option.

The story doesn’t end there, as Marchionne also used today’s meeting in Windsor to confirm that a replacement for the Dodge Neon would arrive in April of 2013 and be the first model in Chrysler’s lineup to feature a new nine-speed automatic transmission.