Built in 9 months by a team of graduates from Imperial College London, the two-seat modified racing car drove over the finish line 135 days after it began its odyssey, powered by nothing but electricity

When our John Voelcker met up with the team in England in June he found an excited team of 20-something would-be adventurers, eager with excitement for the road trip to end all road trips, and happy to give him a spin around London’s wealthy West End.

Before this, just a few weeks after completing the complex build the team had already proven the Racing Green Endurance EV capable of an impressive 300 mile range by driving twice around London’s orbital M25 Motorway without stopping.

The team then took part in a longer range test, driving the 600 mile trip from London to Paris.

But both trips were mere Sunday afternoon jaunts compared to the 16,155 mile trek the team embarked on at the start of July.

Charged up with power generated by a geothermal power station, the team left a very wet start line and pointed their car south. 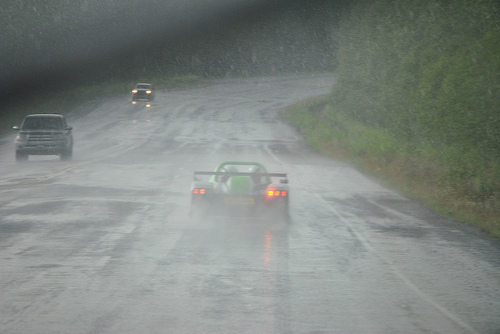 70 days of driving, lots of repairs

When the team left they had hoped the trip would take only 80 days from start to finish. But technical trouble, crashes and breakdowns lengthened the trip by over a third. 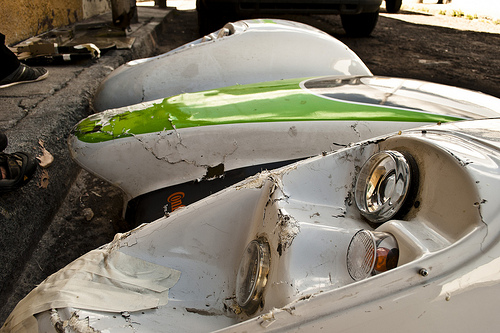 But although the team arrived at the finish 135 days after they left the Alaskan start the number of days behind the wheel was ten less than anticipated, a mere 70 days. The rest of the time was waiting for spare parts to arrive, carrying out repairs and the occasional day off.

Negotiating the border patrols in 14 different countries didn’t help progress either. As anyone who has tried a multi-country trek will tell you, crossing from one country to the next requires a lot of form filling, carnet stamping and security checks.

In general, the team were lucky: their fastest border crossing took just an hour and a half,

but gaining entry to Ecuador took a lot longer after a coup d’etat closed all borders to the country for three days forcing the team to wait in Bogota.

We’re finding it really hard to typify the achievements of the men and women who kept this trip alive. Crises that would have ended lesser trips were pragmatically dealt with, showing the team’s intense desire to make good on their lofty goal

To illustrate how we feel we have to direct your attention to the video blog kept by world-renowned film-maker Claudio von Planta, who has followed the team on their trek.

The videos on the electric-adventures.com website share everything from the pain and anguish when a battery fire threatened to end the trip prematurely through to the elation of safely completing the trip. 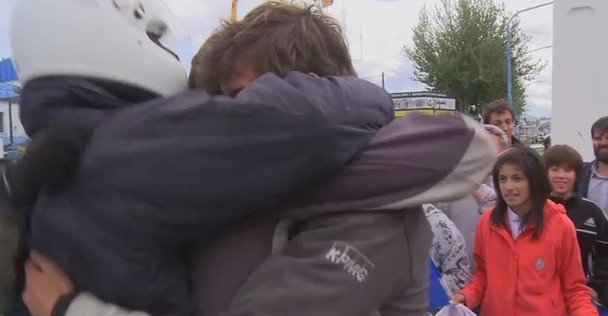 When we heard about the trip we couldn’t help but chuckle. Drive all that way in a sports car inches above the ground? It sounded crazy, hair-brained and doomed to failure.

But as the Racing Green Endurance Team have proven, Crazy sometimes works.

On behalf of the HighGearMedia family, we wish them the most hearty congratulations.