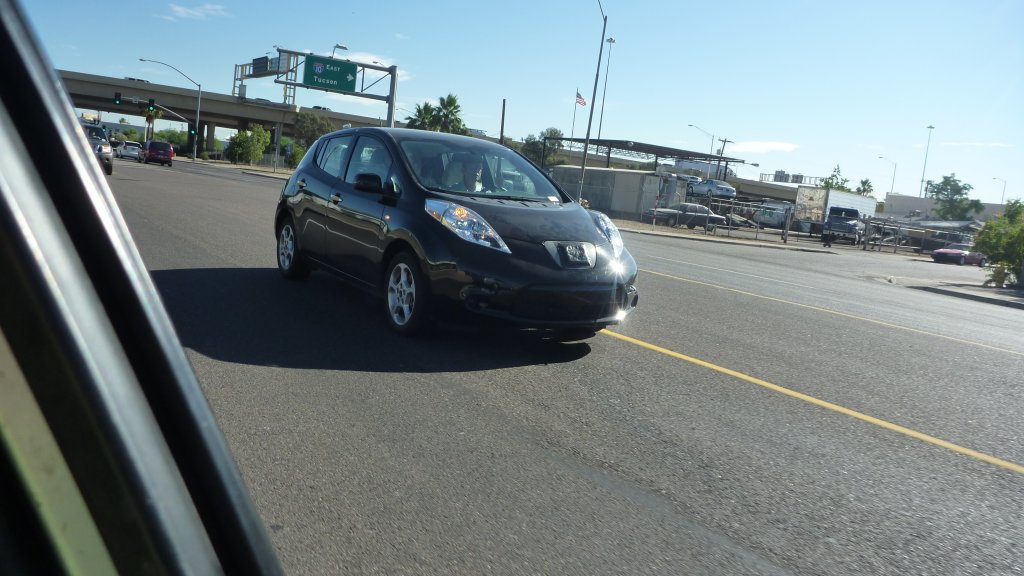 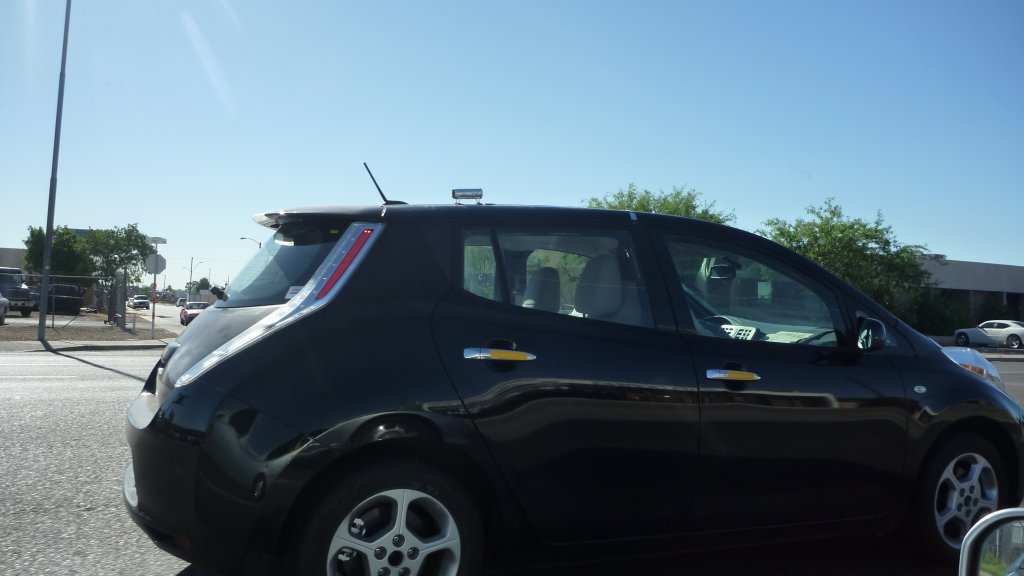 Spy photos have a nasty habit of obscuring as much as they reveal with camouflage, but not so with the Nissan Leaf. Of course, we already know exactly what it's supposed to look like from the official unveiling. But these photos of the car in testing show that the full-production prototypes are sticking very close to the show car.

The photos, captured by a Leaf fan in Arizona and published on the Nissan-LEAF fansite, show the test car wears the same details as the show vehicle, from the five-spoke alloy wheels to the sinuous, thin LED tail lights. The only attempt at hiding anything is the black tape over the front Nissan emblem/charge port access panel, presumably a requisite nod at the car's still-testing status.

So, all you Toyota Prius drivers out there--do these shots of the car au natural make you want to run out and reserve one? Or have you already done so? If you haven't, you may be out of luck, as reservations have already outstripped the planned first year of production. On the other hand, you could always rent one from Hertz.

At a net price of $25,280 after tax credits, however, buying is certainly an attractive option for the all-electric, 100-mile-range Leaf. With 107 horsepower of output (80 kilowatts for you electron heads) and 206 pound-feet of torque on tap, the car won't lag behind city traffic, either. You can see our initial quick-drive impressions here.