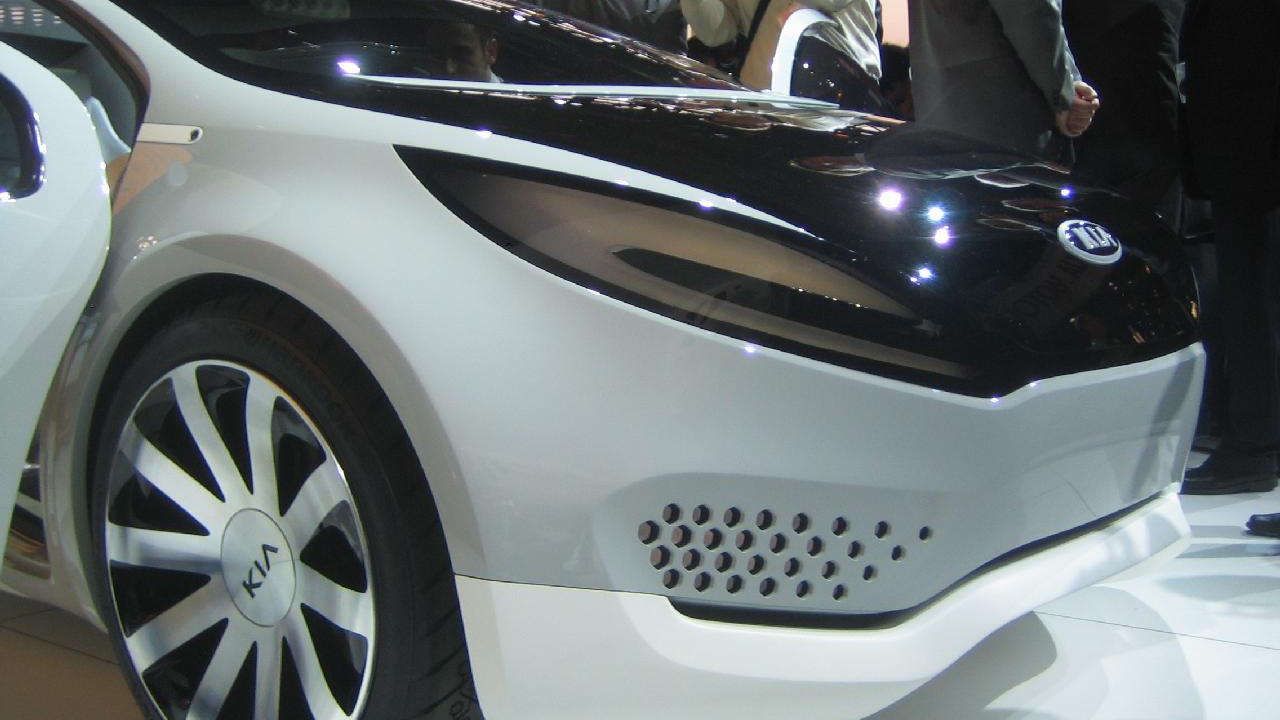 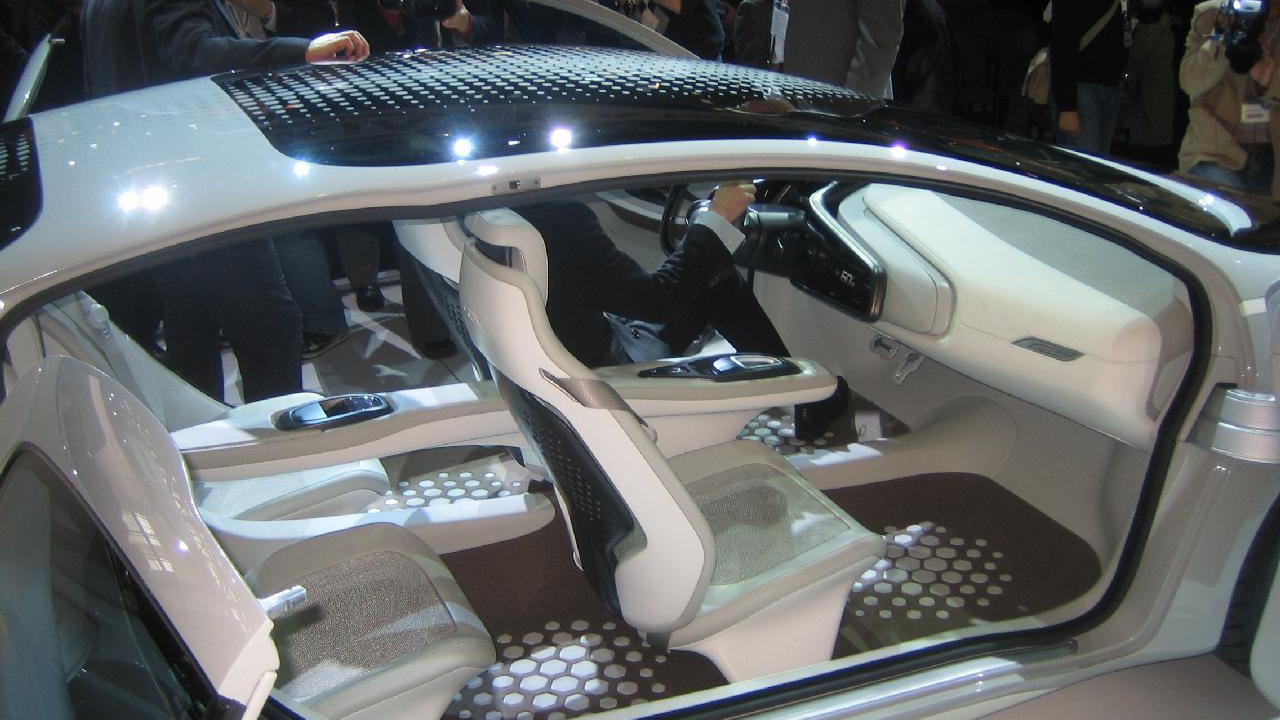 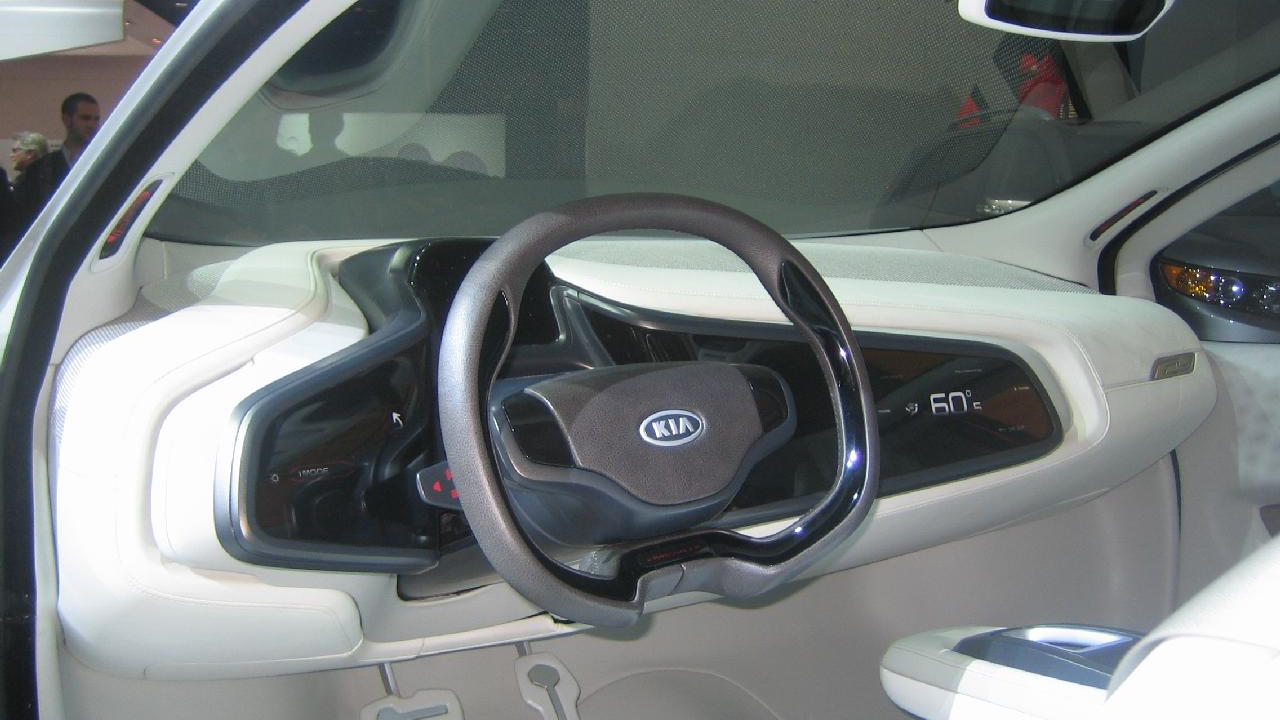 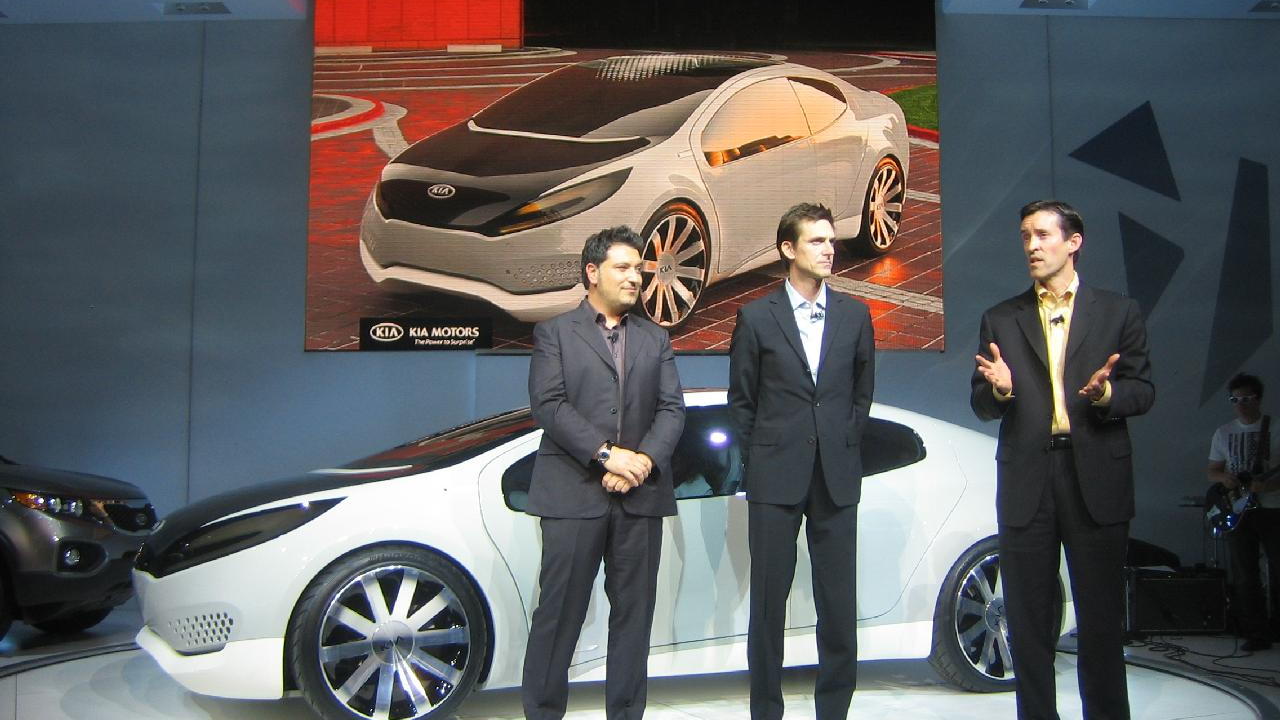 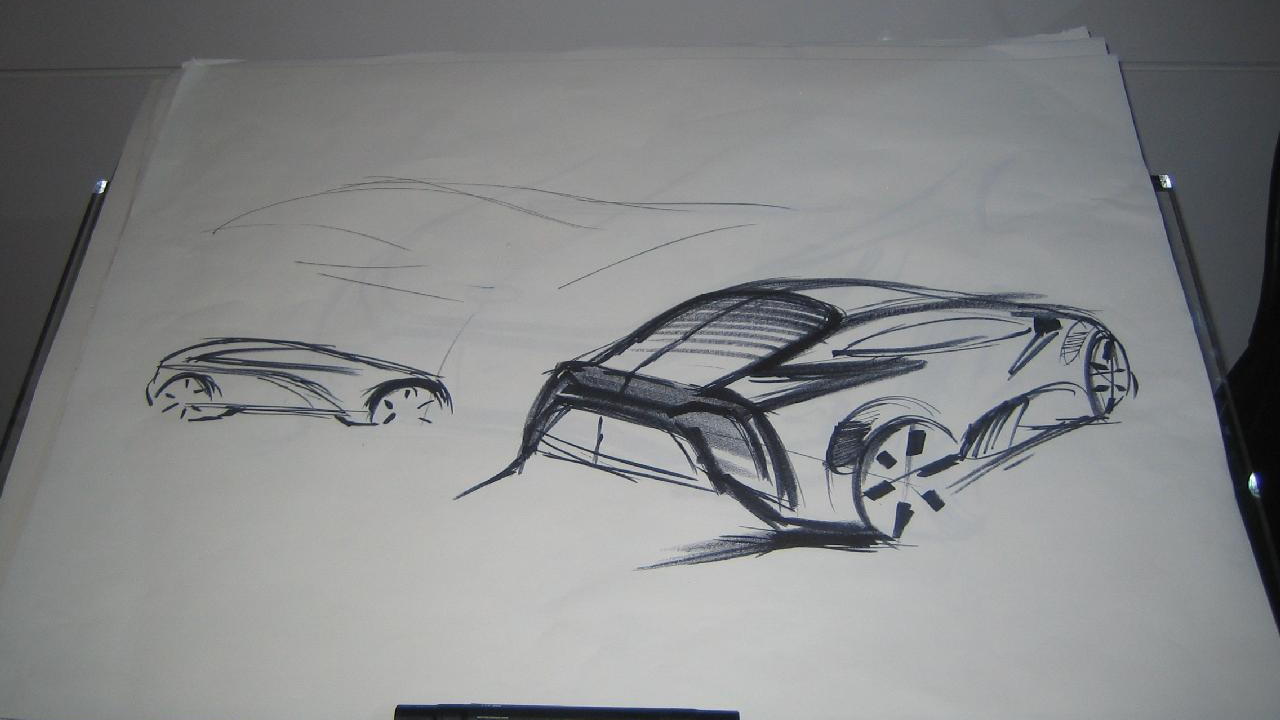 The Chicago Auto Show is traditionally all about trucks, and in this slow year it's pretty light on green cars. A welcome exception comes from Korean maker Kia, who just unveiled their Ray plug-in hybrid concept car.

The Ray points the way toward a stylish compact four-door sedan that's both expressive and efficient. It may have been the surprise success of the show.

It serves as an example of Kia's upcoming "EcoDynamics" sub-brand, which signifies high efficiency, low-emissions technology in sporty designs that are fun to drive and appeal to the young-at-heart.

"It's important to imagine what people will want from a green perspective early in the design process," said Kia's chief design officer, Peter Schreyer, in his remarks, "because people want to reduce their carbon footprint without driving carbon copies."

The Ray is designed of lightweight and recycled materials, with photovoltaic solar cells that power accessories embedded in a full glass roof. Nano-laminate films and cool-glazing materials on the exterior reduce the energy needed for cooling.

The same glass forms the hood panel, complete with an illuminated indicator that shows the battery's state of charge--to passers-by, presumably, proving the driver's green credentials.

Aerodynamic tricks to produce the low 0.25 drag coefficient include a low roofline to reduce cross-section, a high rear deck that cuts drag, and a single-piece underbody panel to smooth air flowing under the car.

The front driving lamps slide back in their housings to create air intakes for better cooling when the engine runs, and the U-shaped deck lid slides out past the tail to act as a spoiler at higher speeds.

Motion detector cameras replace drag-inducing side-view mirrors, a frequent show-car concept that has not yet been implemented on any production vehicle.

The Kia Ray's 153-horsepower 1.4-liter direct-injected four-cylinder engine is made of aluminum and mated to a continuously variable transmission (CVT) paired with a 78-kilowatt electric motor.

The Ray's front wheels are driven by the engine, the electric motor, or a combination of the two. Its TK-kilowatt-hour lithium-polymer battery pack gives an all-electric range of more than 50 miles on a single charge, and total combined range is 750 miles.

The interior also includes recycled materials in light and white tones, to reflect rather than absorb solar heat. Seats are made of lightweight composites, hollow elastomeric materials, and mesh; the car's designer compared them to Aeron desk chairs.

Soft-touch interior materials with a matte finish include white leather and mocha wool felt floors. And even the Infinity GreenEdge audio system is designed to reduce power consumption by the amplifier and speakers.