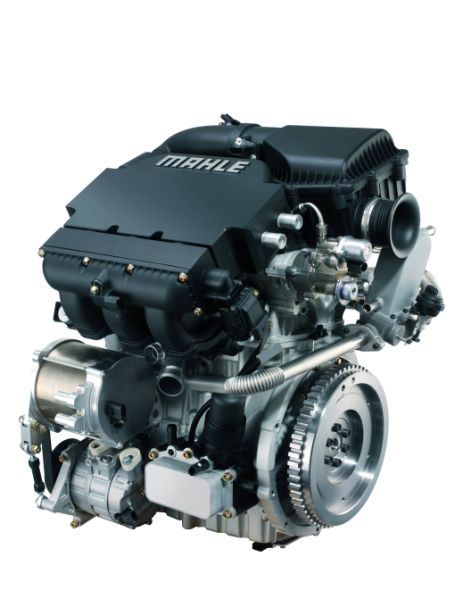 We keep saying that one of the ways all cars will get greener and more efficient is for their engines to get smaller and work harder. One of the first production examples of this is Ford's EcoBoost V6 engine, which delivers the power of a V8 with better gas mileage.

Now a couple of experimental new engines have appeared on the scene. Neither one will reach showrooms immediately, but they show that, at last, automotive engineers are working as hard on clever engine design as they have on making cars faster and heavier.

First, the Mahle engine is a 1.2-liter, three-cylinder gasoline engine with twin-stage turbocharging. It develops no less than 193 horsepower, the output of many current engines twice its size. And it is those engines it's designed to replace in midsize cars.

That 193-horsepower rating comes at its relatively high power peak of 6500 revolutions per minute, but its peak torque of 212 foot-pounds comes at or below a very drivable 3000 rpm.

Every component has been optimized to minimize losses and maximize efficiency, including many advances in the variable valvetrain and an oil pump with variable output depending on engine demand. Mahle makes automotive components, so they know this world well.

New components also allow much more aggressive recirculation of exhaust gas, which would otherwise be no more than energy wasted as heat. And twin turbochargers are a solution so far seen only on large engines in prestigious and expensive cars.

Overall, Mahle believes engines half the size of current models are entirely possible. This permits many other mechanical components to be reduced in size and weight, compounding the energy savings and making the whole vehicle lighter.

Mahle CEO Hans Junker suggests that an engine like this could cut fuel consumption up to 40 percent, at a lower total cost ($2,800 to $4,200) than the heavy and expensive battery pack, electric motors, and control electronics necessary for a hybrid electric vehicle.

The second such engine is from racing engine firm Ilmor, whose design have run competitively in both Formula 1 and Indy cars. Its tiny 700cc engine also has three cylinders, like the Mahle motor, and puts out 130 horsepower and 122 foot-pounds of torque.

That's exactly as much torque, but even more horsepower, per liter as the Mahle design. Ilmor's secret? A so-called "five-stroke" cycle that uses the two outer cylinders to generate power, then routes their burnt exhaust gases into the third, central low-pressure cylinder--where it generates more power.

The advantage is that the low-pressure cylinder changes the combustion cycle and makes the Ilmor design efficient enough to approach diesel numbers. But this design is more compact than a diesel of the same power, and can be built on standard engine lines.

Thus far, Ilmor's engine is just a demonstration concept. The company is continuing to refine its design, with a goal of 150 horsepower per liter in production form.

HCCI in the wings

Like the homogeneous charge-compression ignition, or HCCI, engine in the remarkable Mercedes-Benz F700 concept car, the new designs from Mahle and Ilmor push the envelope for gasoline engines. 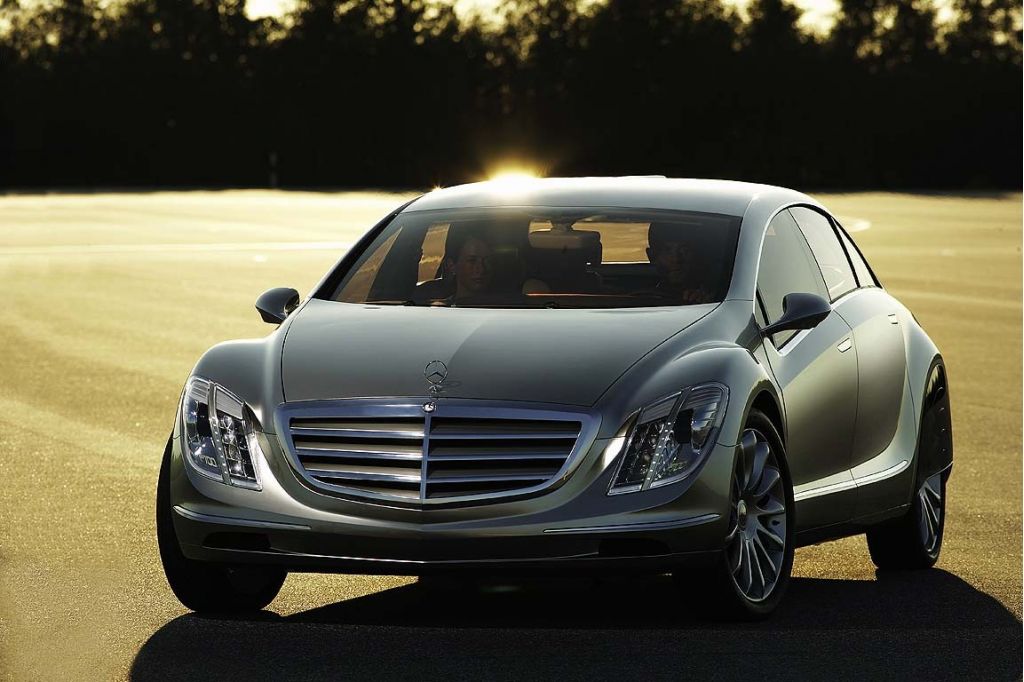 vehicles. Analysts suggest they could appear in showrooms by 2020.

Currently, a full 75 percent of the energy in gasoline is wasted as heat and friction. Just one quarter is actually transformed into torque that turns the vehicle's wheels. In comparison, diesel engines only waste about two-thirds.

But these and other designs show that there's a long way to go before we've exhausted the possibilites of improving combustion engines. Sure, we'll see more hybrids and electric cars. But the old liquid-fueled engine has a lot of life left in it yet.