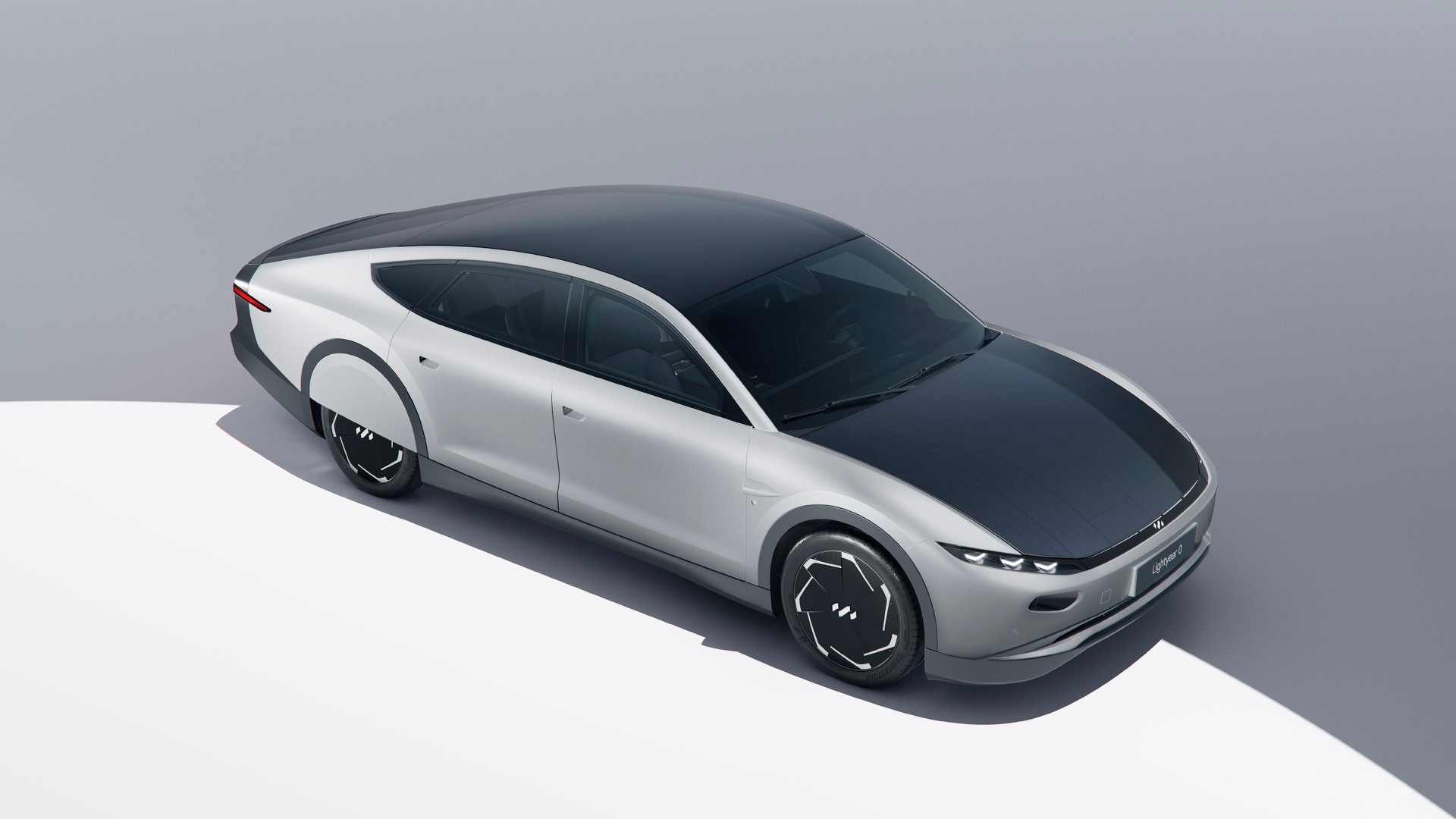 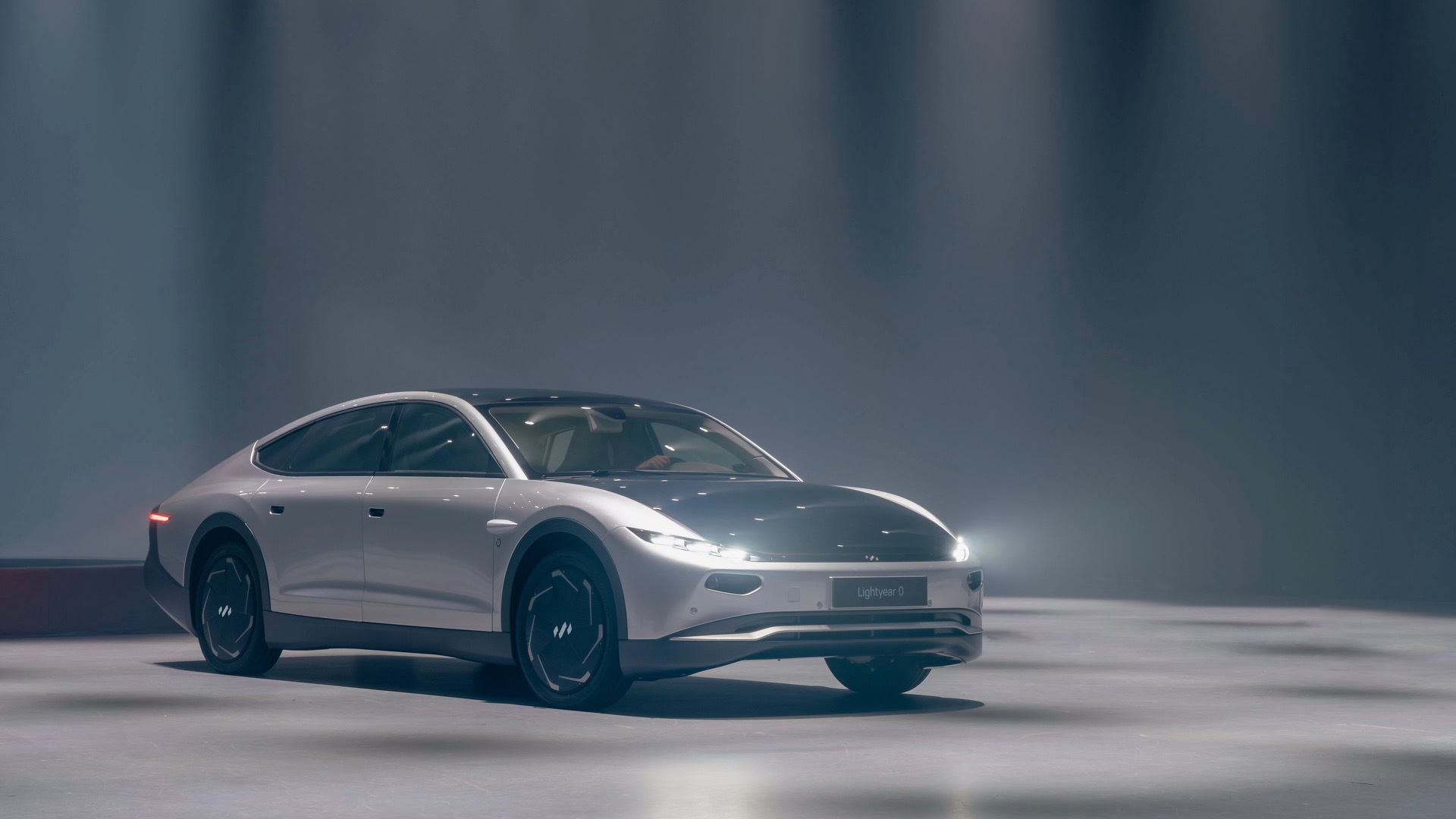 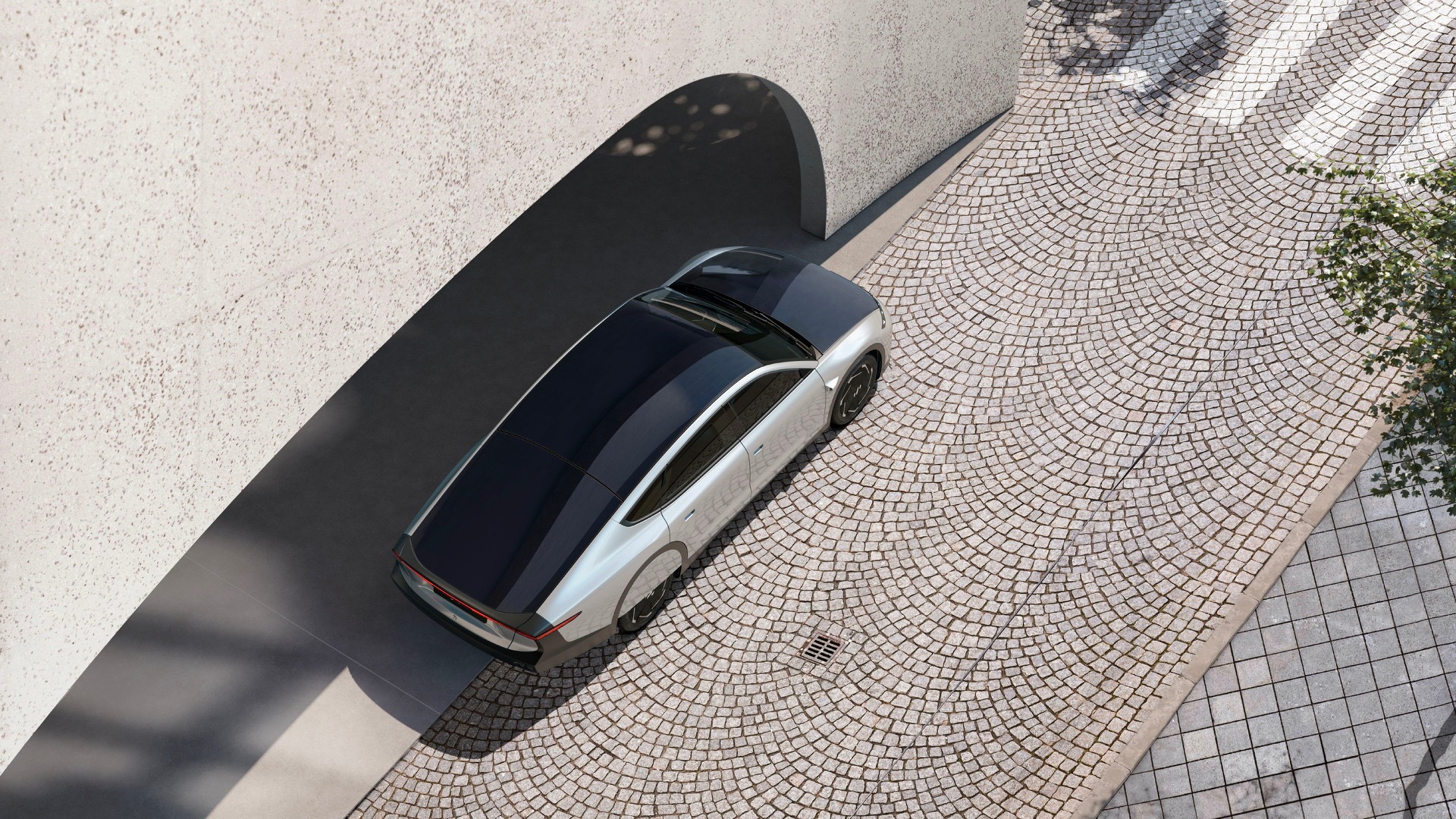 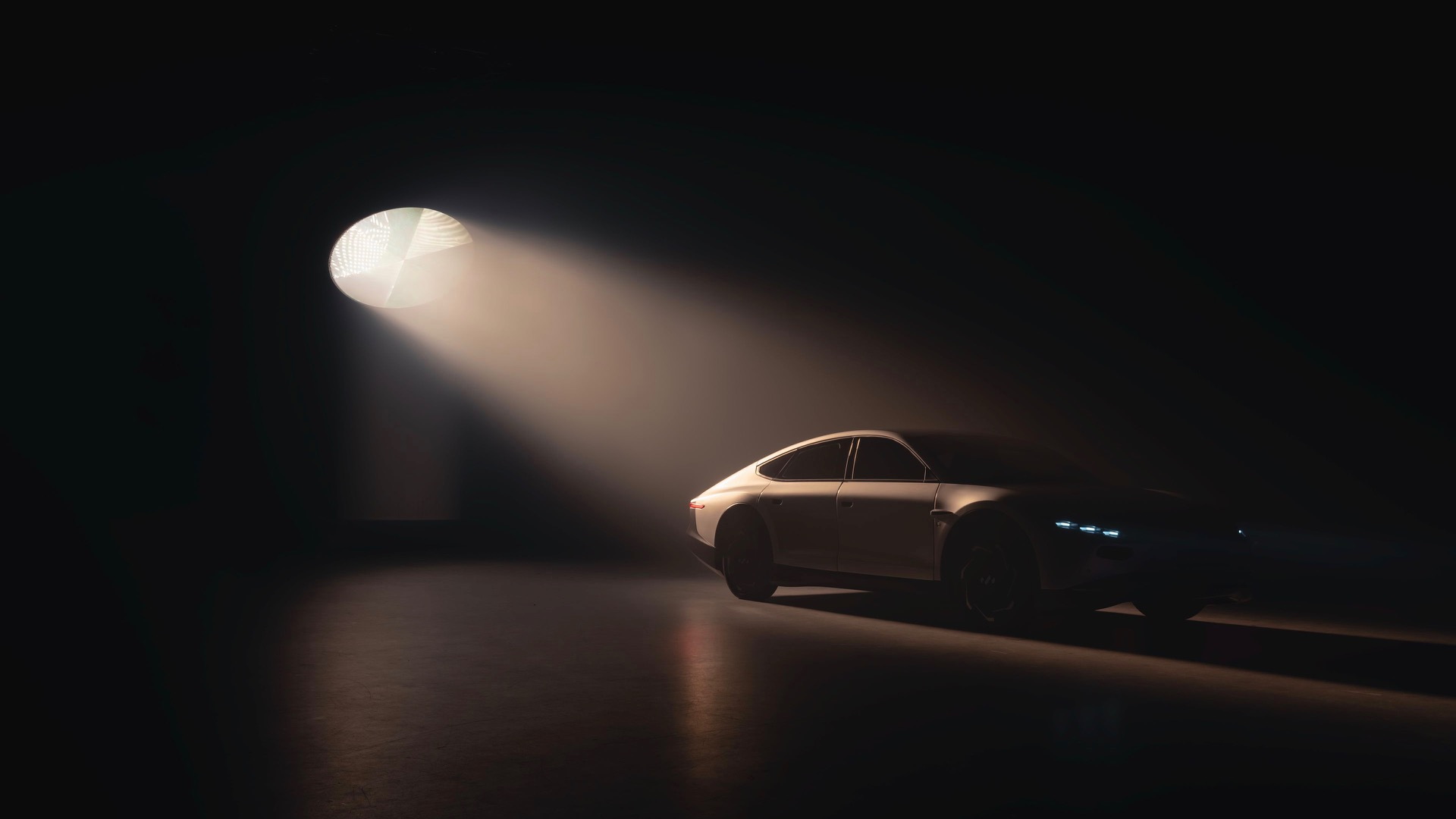 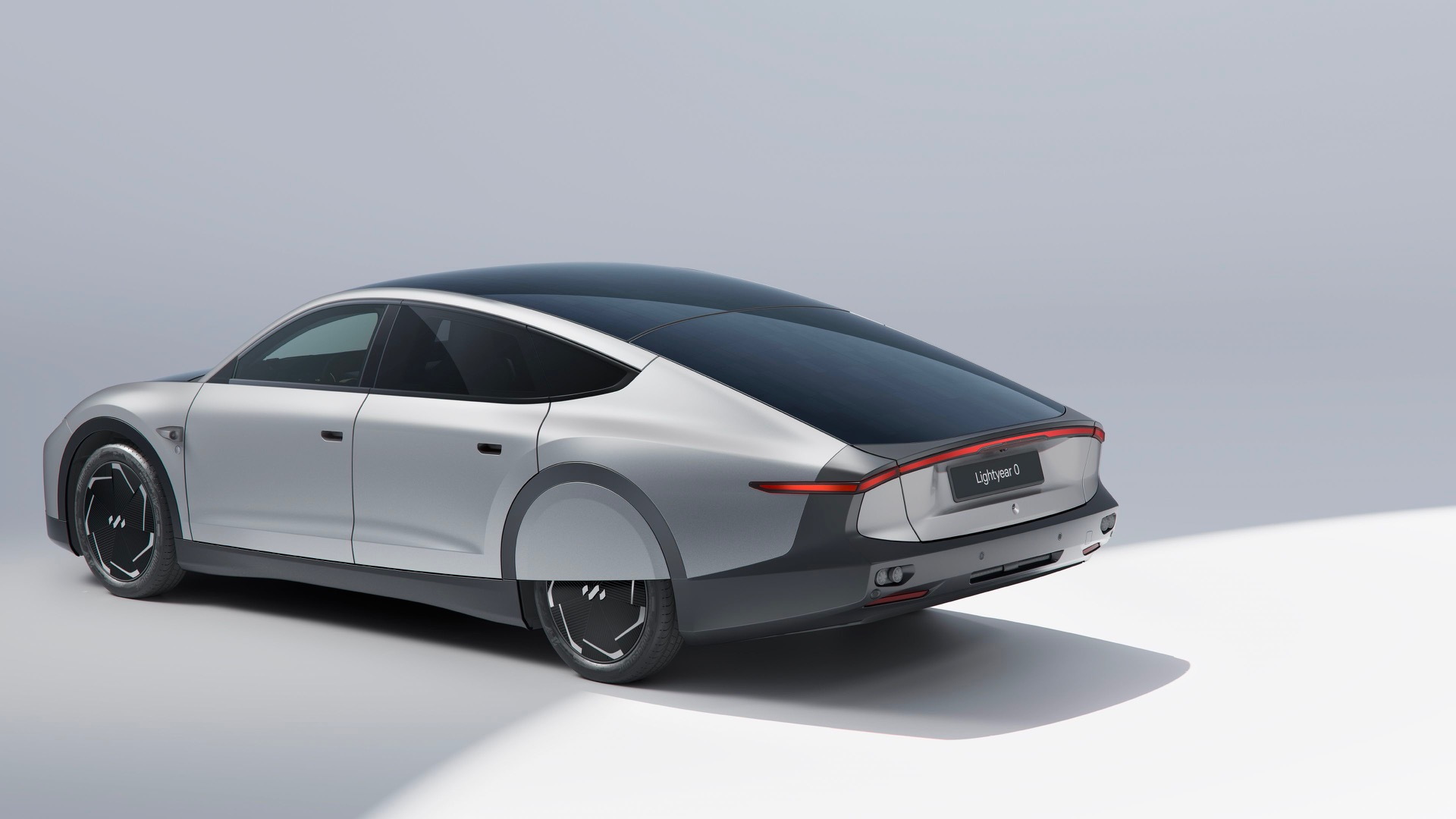 The Lightyear One solar car was unveiled in production-ready form with a new name. The product of a Dutch startup will henceforth be known as the Lightyear 0.

While it does have an onboard battery pack, the Lightyear 0 aims to "leapfrog the grid" by using built-in solar panels to handle most charging.

In cloudy climates, with an average commute of 35 kilometers (21.7 miles) per day, Lightyear claims owners can go up to two months without plugging in. In sunnier climates, that could extend to seven months, the startup claims.

Lightyear estimates range at 388 miles on the European WLTP testing cycle. And earlier this year showed a 250-mile range at 80+ mph, with just 60 kwh of battery capacity. The production Lightyear 0 has a claimed efficiency rate of 10.5 kwh per 100 kilometers (62 miles).

The production version has the same sleek shape as the prototypes Lightyear has been showing since 2019, enabling a claimed drag coefficient of less than 0.20, but with four doors for a modicum of practicality. The low drag coefficient is achieved in part by the use of cameras in place of exterior mirrors—which isn't currently legal in the United States.

Deliveries are scheduled to start in November. As Lightyear said earlier in the year, it plans an initial run of just 150 cars—for Europe only. Although other markets may be in the future—depending, perhaps, on how eager Europeans are to pay the approximately 250,000-euro ($263,000) price.

Production will be handled by Finland's Valmet Automotive, which is also constructed to build the Sono Sion, another solar-assisted EV from a different startup. Scheduled to start production in 2023, the Sion is a less-stylish hatchback, but with higher volume-ambitions. Sono said earlier this year that Valmet will produce cars at a rate of 43,000 per year.

Lightyear did confirm plans for a more affordable second model in a 2021 presentation. But this second EV, previously referred to as the Lightyear 2, isn't expected to appear until 2024 or 2025.