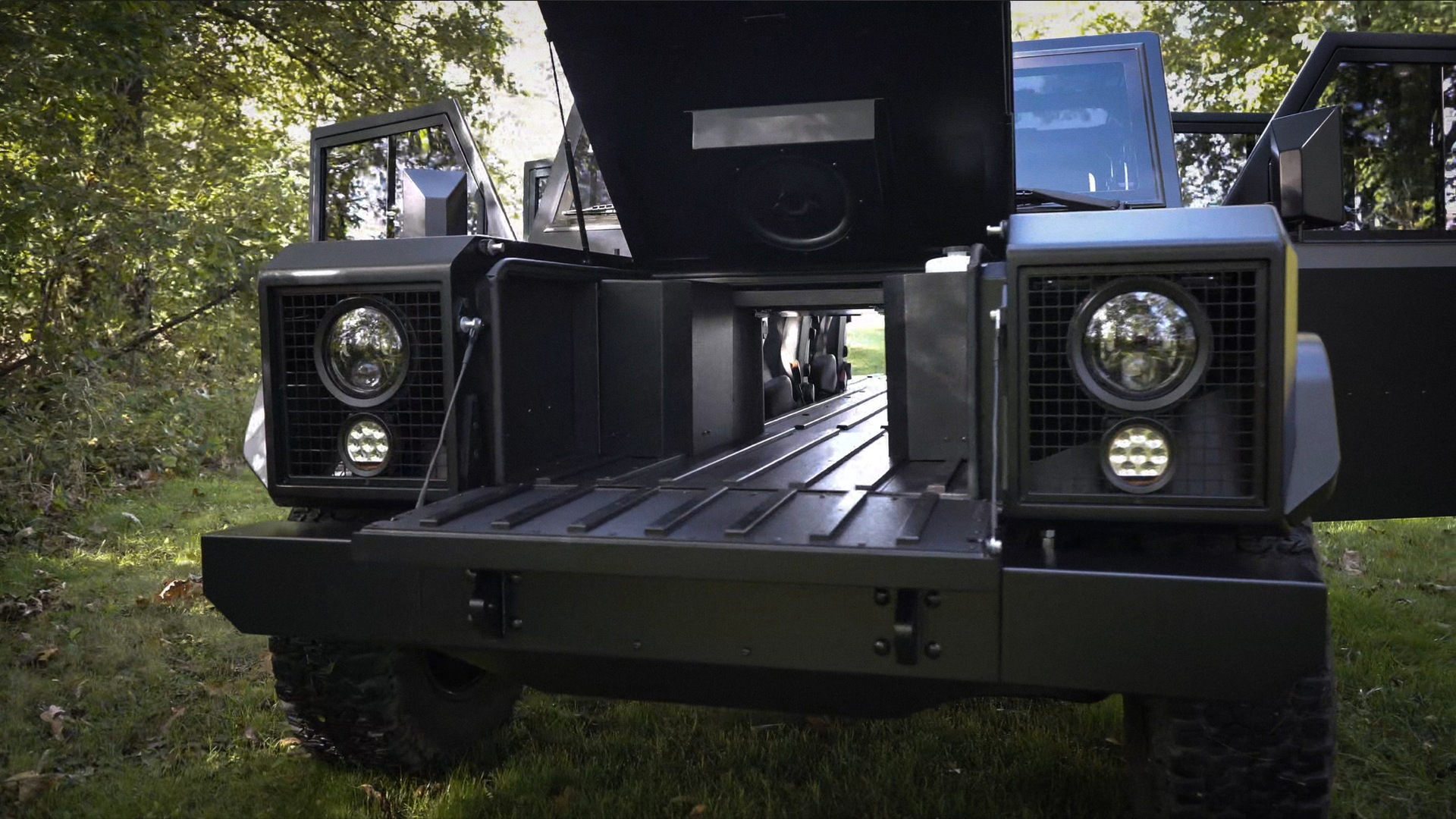 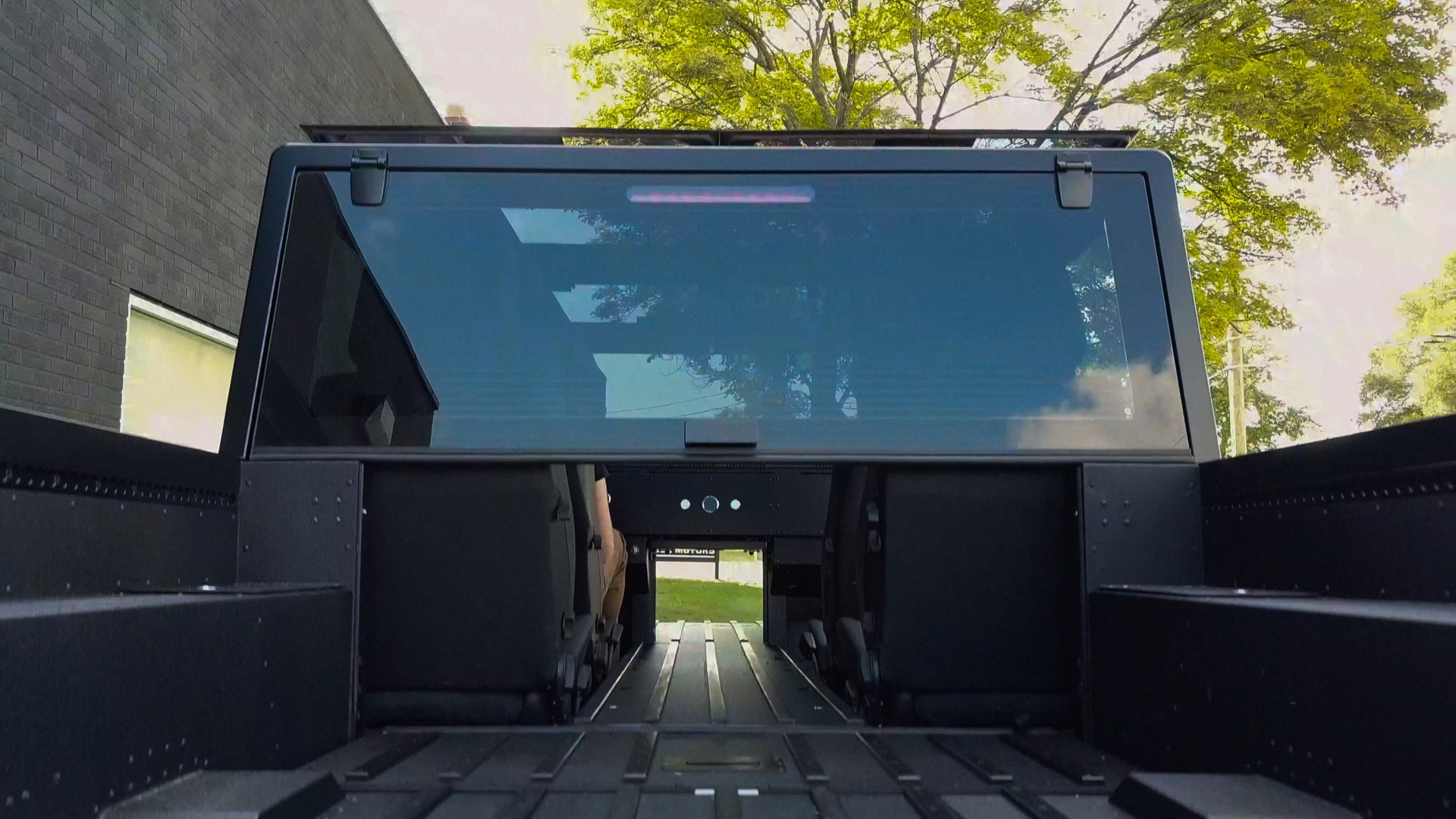 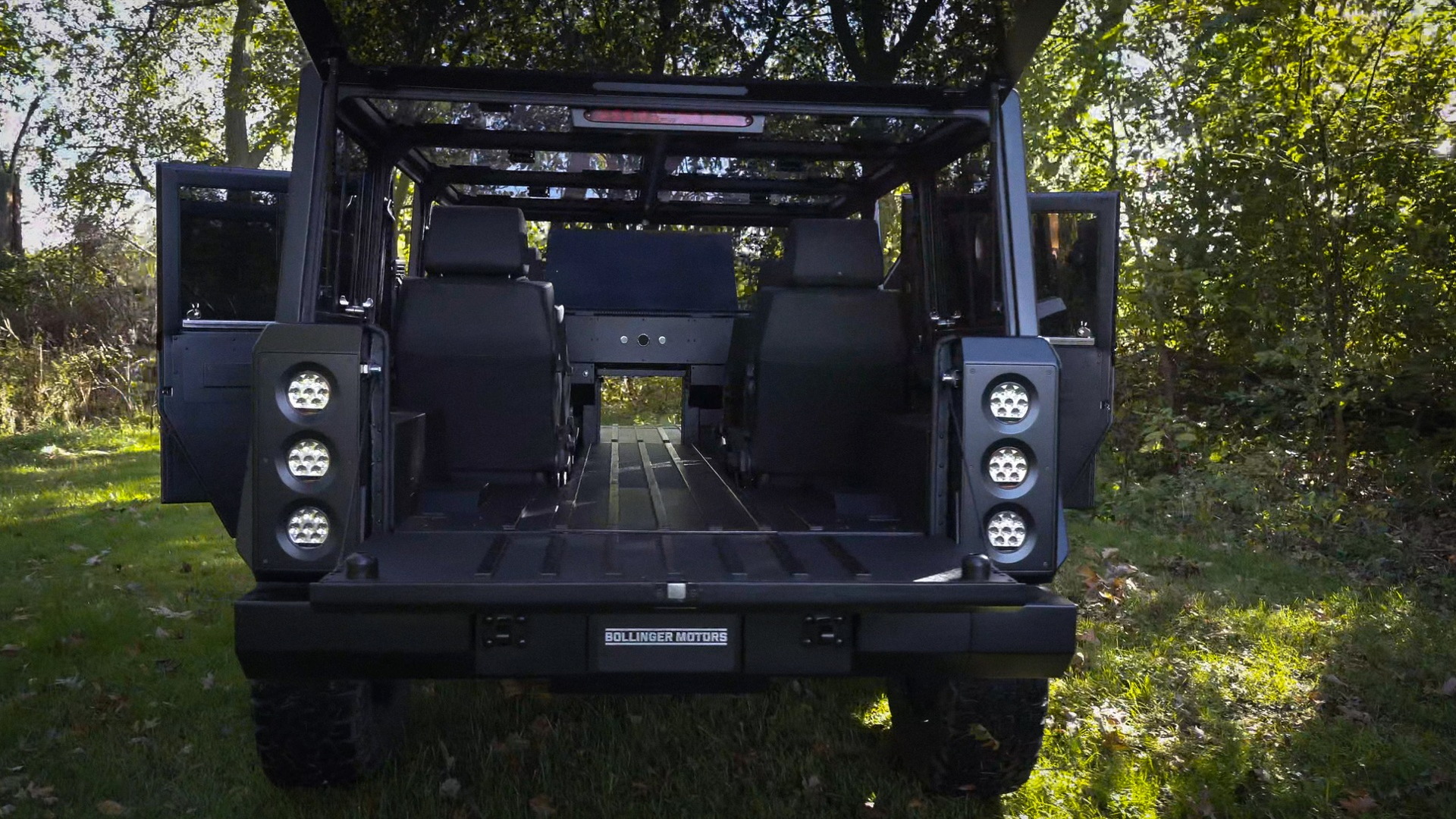 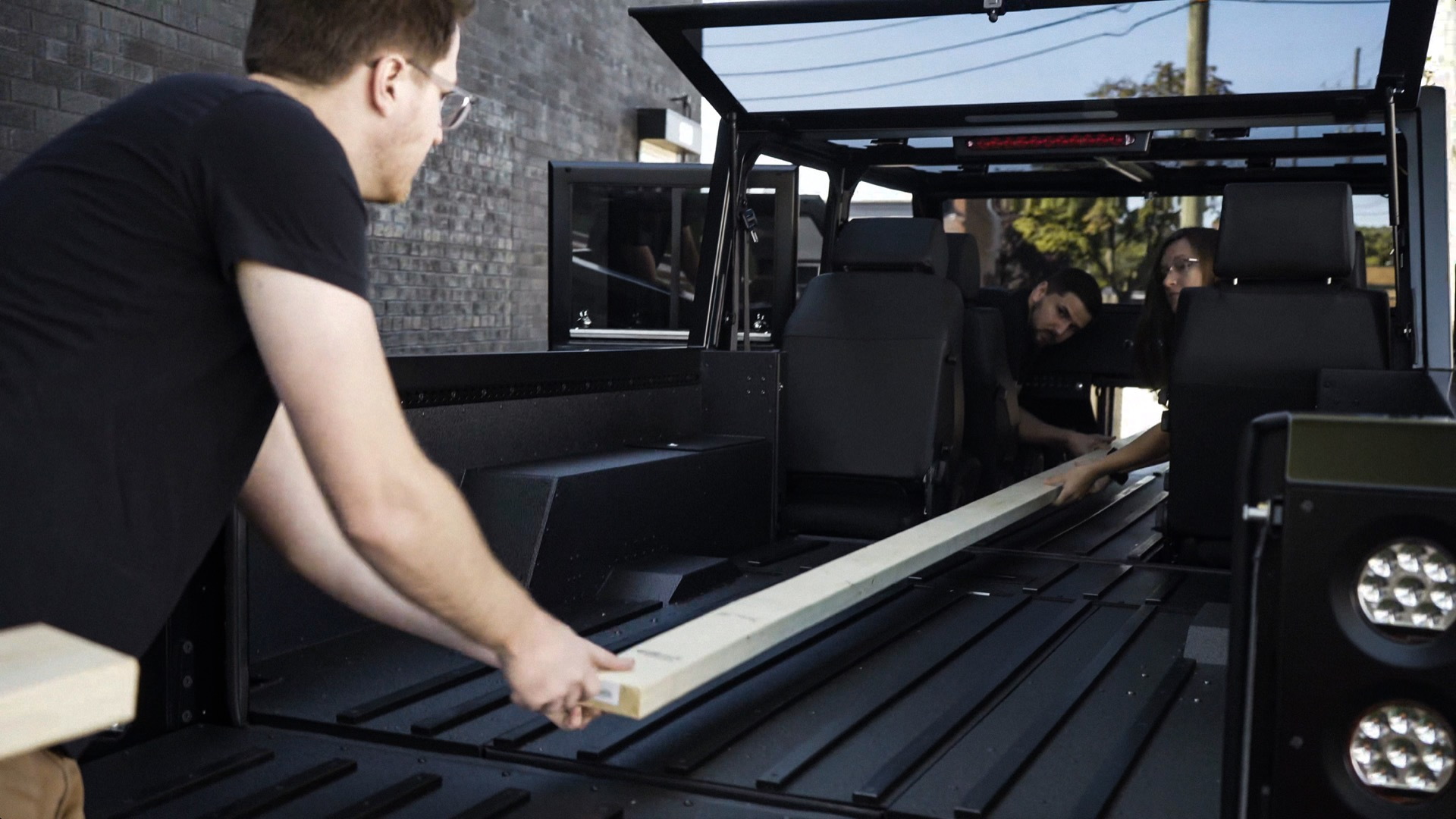 Bollinger Motors is one of many startups developing electric trucks, but its B1 SUV and B2 pickup truck will have a pair of exclusive features. The company announced Tuesday that it had been granted a patent for its Passthrough and Frunkgate, which take advantage of the lack of an internal-combustion powertrain to offer more storage space.

Passthrough refers to the full-length opening along the vehicle's centerline. This creates an uninterrupted 13-foot path in the B1, and a 16-foot path in the B2, according to Bollinger, that can be used to transport long items.

The Frunkgate is the fold-down portion of the front end of the vehicles. It's essentially a tailgate, but at the front of the vehicle, hence the name Frunkgate. In both the B1 and B2, the hood can also be opened separately, similar to the "frunks" (front trunks) in other EVs. A lockable door allows access from the front seats as well.

Total storage space in the frunk on both the B1 and B2 is 8.6 cubic feet, according to Bollinger. The frunk also sports four electrical outlets.

While Bollinger is the only electric-truck maker to offer full-length storage space, the Rivian R1T pickup has a full-width one—a "gear tunnel" behind its cab, with a long list of accessories on the way for various activities.

Frunks in electric vehicles are a bit controversial, depending on which car designer you ask, but in the Bollinger vehicles, which emulate the shape of internal-combustion trucks, it seems to be a good use of space.

Scheduled to start production in 2021, the B1 and B2 are priced starting from $125,000. Both vehicles have a back-to-basics style, as well as serious off-road hardware. And they have 2-speed transfer cases and locking differentials—items you won't find on other EVs.

Unlike other startups, Bollinger developed the B1 and B2 as Class 3 vehicles, allowing it to bypass some regulations for passenger vehicles. It does also seem genuinely interested in commercial sales, both of bare chassis and a chassis-cab version of the B2.