Turbocharging has made its way from a niche performance upgrade and diesel-engine enabler to a mainstream power-booster aimed at making small, fuel-efficient engines drive like larger ones. What's next? As it turns out, the answer is hybrids.

No, we're not just talking about slapping a turbocharger onto the ICE in a hybrid powertrain. What turbocharger manufacturer Garrett has in mind is much more interesting, and has ramifications for the next generation of both high-efficiency passenger vehicles and high-performance sporting machines. The trick here is electrification—of the turbocharger itself.

The addition of an electric motor to the turbine shaft allows two key functions. At low engine speeds, it can be powered to generate boost, eliminating turbo lag and improving throttle response. When coasting, it can be turned into a generator for the battery, recuperating energy that would otherwise be lost through the exhaust. 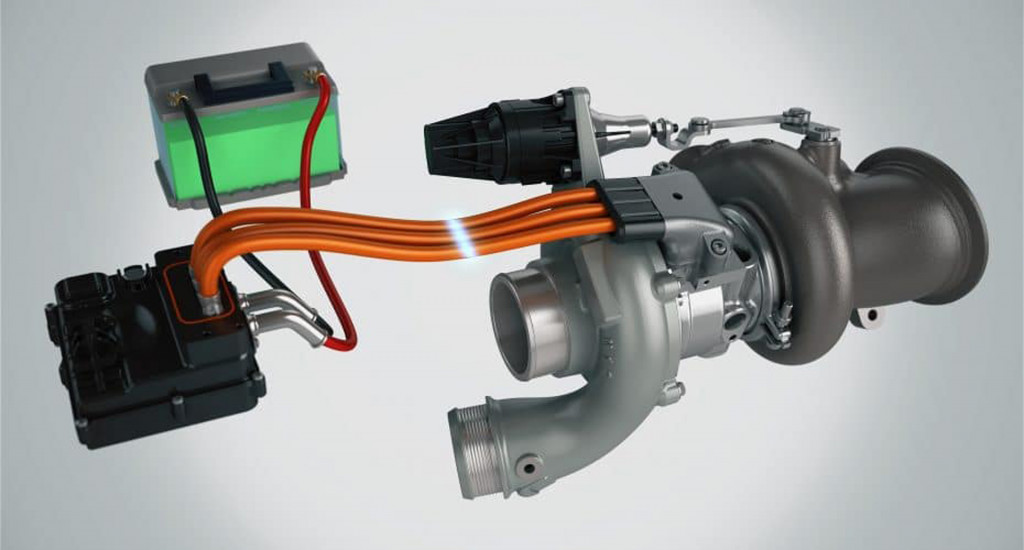 Its use as a power-adder has other advantages, too. By providing boost at lower RPM, the motor eliminates the need for sequential turbochargers or advanced turbine designs that improve responsiveness at the lower end at the expense of simplicity. This allows engineers to pair an engine with a single turbocharger optimized for the engine's displacement and intended operating speeds.

Garrett says this low-rev improvement is so significant that it was able to shave 3.5 seconds off of the time required for a turbocharged test engine to deliver is target torque, spooling up in just 1.0 second. The end result was an engine with 16 percent more power, 10 percent more torque and 25 percent quicker acceleration from 37 to 62 mph (60 to 100 km/h) versus a smaller engine of similar efficiency.

Sweetening the deal, an electrified turbocharger doesn't actually require a full-on hybrid or plug-in hybrid powertrain to be viable. As long as the engine supports turbocharging and a battery (or other storage medium) is incorporated to run the electric motor and store recovered energy, only a "mild" setup is necessary.