There's no way to save more fuel than to do it in something that already uses a lot of it.

That's what hybrid truck "upfitter" XL aims to do by adding hybrid and even plug-in hybrid systems to Ford pickups.

On Tuesday, the Massachusetts-based company announced that it received certification to sell its F-250 Hybrid in California, which has stricter emissions standards than other states. That gives XL the right to sell the F-250 XLH Hybrid in its home state of Massachusetts and 11 other states that follow California's emissions regulations and the District of Columbia.

The company claims the F-250 hybrid is its 14th model to receive approval from the California Air Resources Board. Others include the Ford Transit passenger and cargo vans, Ford E-350 and 450 cutaways and stripped chassis, and Chevy Express and GMC Savana cargo and passenger vans up to the 4500 weight class. CARB approved XL's plug-in hybrid F-150 XLP for sale early this year.

The simplest way to make cars pollute less, of course is to make them burn less fuel. XL claims the XLH hybrid system can improve the F-250's fuel economy by 25 percent. 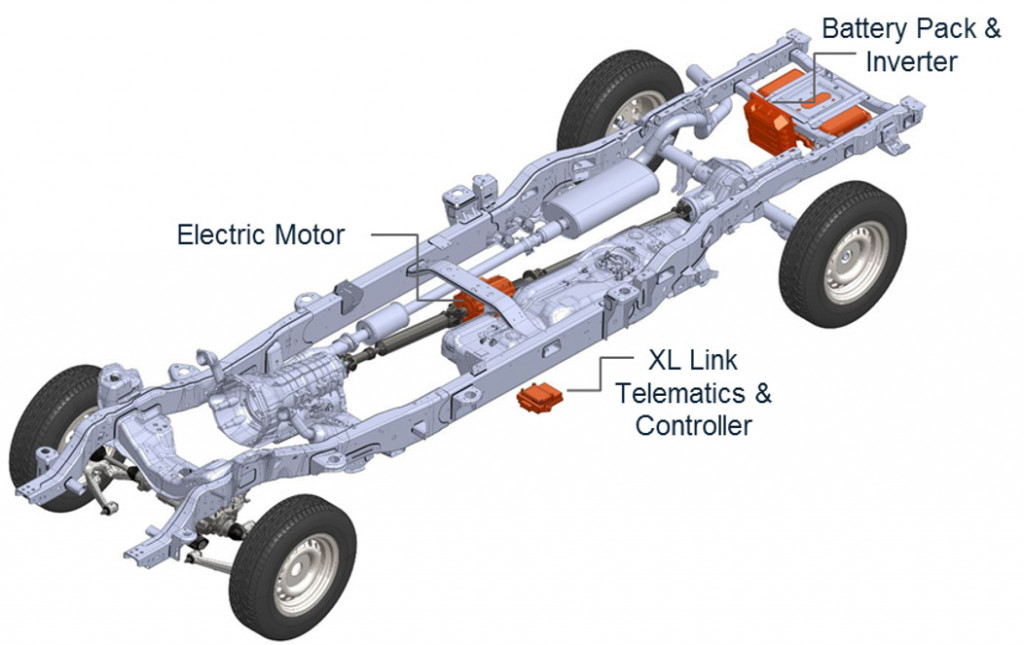 XL isn't saying what kind of fuel economy the F-250 XLH would manage, but considering the low bar set by heavy-duty pickups already, the XLH might not be invited to any Greenpeace parades any time soon. Fuel economy estimates for gasoline-powered heavy duty pickups reach mid-teens combined—if that.

The XLH uses a 1.8-kwh lithium-ion battery and an electric motor connected to the transmission that can add 220 pound-feet of torque at up to 75 mph.

Buyers can order it from any Ford dealer in any configuration Ford offers, including rear- and four-wheel drive, standard, extended, and crew cabs, and short or long beds in various wheelbases.