People like to joke that old American cars must be very safe because of the sheer amount of metal surrounding the driver, but that's oversimplification.

At least, in most cases it is.

The Insurance Institute for Highway Safety (IIHS) put a group of 2013 and 2014 minicars and subcompacts through its new and more stringent small-overlap frontal crash test, and the results were not very good. 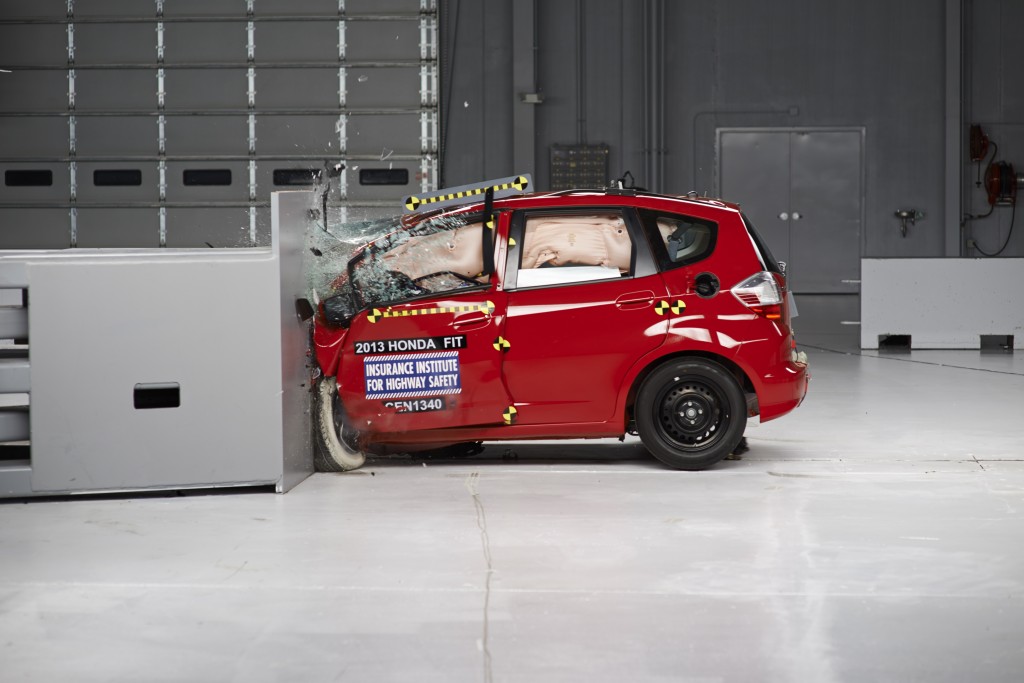 Acceptable: just one of 11

Only one of the 11 cars tested was rated "acceptable." That was the Chevrolet Spark which, thanks to its "good" ratings in the IIHS' other four crash tests, was named a 2014 Top Safety Pick.

That makes minicars the worst-scoring group rated since the IIHS instituted the small-overlap test in 2012.

In the test--which is meant to replicate a collision with the corner of another vehicle or an object such as a utility pole or tree--a rigid barrier strikes 25 percent of a car's front end on the driver's side at 40 mph.

Since very little of the front of the car is in the path of the object, more force is transferred to other parts of the structure. 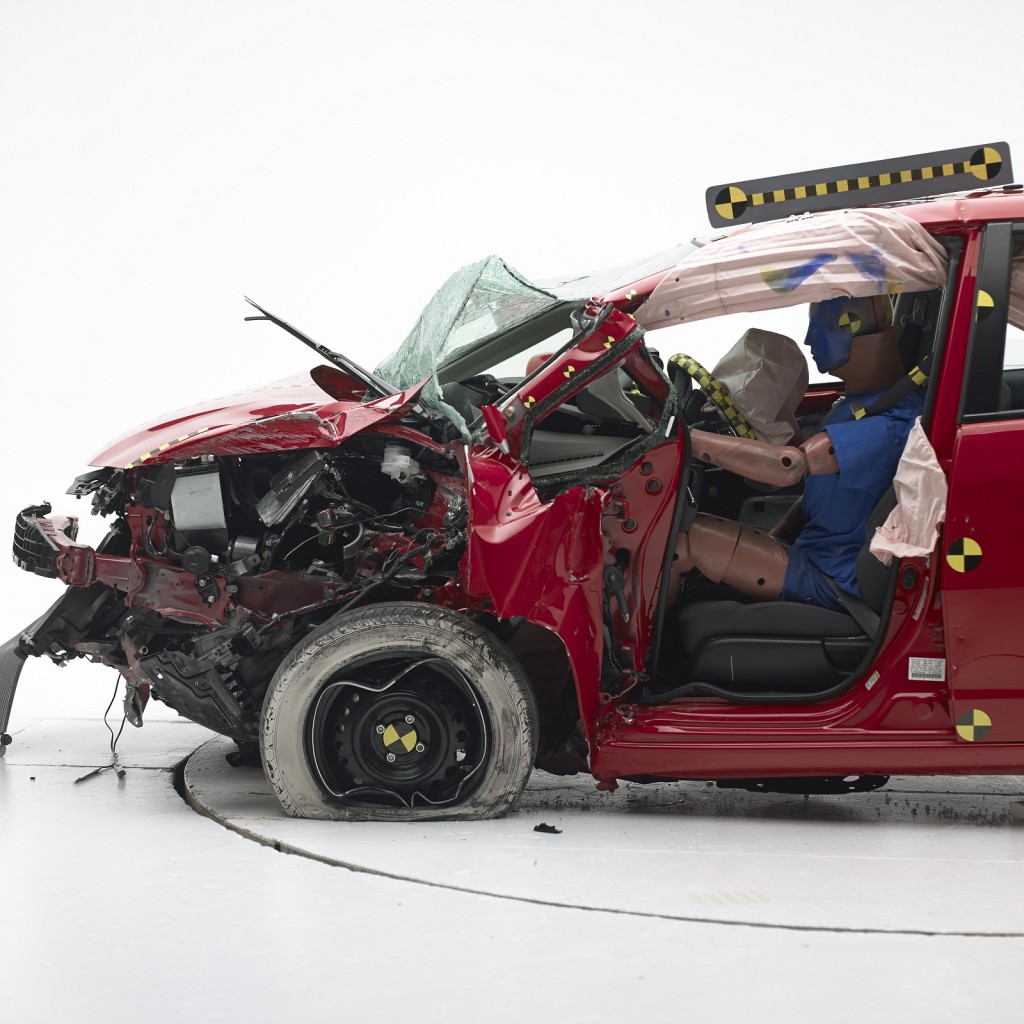 If a vehicle isn't designed with this sort of collision protection in mind, a loss of structural integrity can occur--compromising the space around the driver, and potentially negating the protective effects of seat belts and airbags.

In the case of the Honda Fit--one of the worst performers--the steering wheel was wrenched away from the crash test dummy, causing its head to slide off the airbag and onto the dashboard. Portions of the structure were also forced into the footwell, which could cause injuries in a real-world crash.

The Fit that was tested is just about to be replaced by an all-new 2015 Honda Fit. No crash-test results have been issued for that car yet.

Design a factor; so is size

The IIHS began conducting small-overlap crash tests in response to real-world data showing showing higher rates of injury for these types of collisions.

The safety structures of modern cars are designed to perform well in specific and known types of crash tests, so the introduction of a new type of test may have exposed weaknesses for which the cars were not designed.

Still, the small-overlap frontal crash test is now being applied to all types of cars--but none received a collective rating as low as that for the minicars.

The institute says that smaller, lighter cars have an inherent safety disadvantage when compared to larger vehicles.

As more carmakers design their minicars for the small-overlap frontal crash test, their safety record may improve.

For now, though--when it comes to this type of crash--bigger appears to be better.