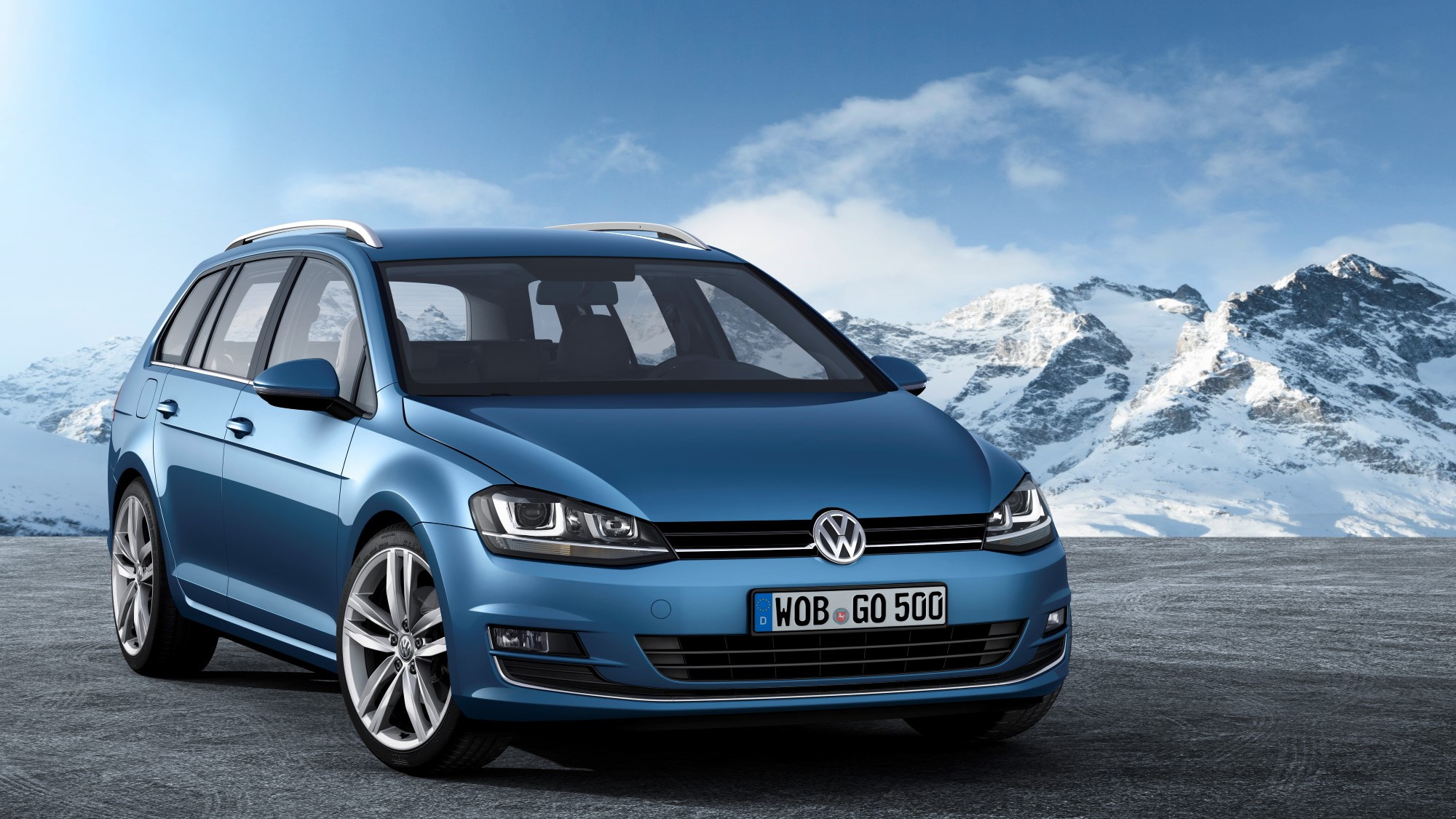 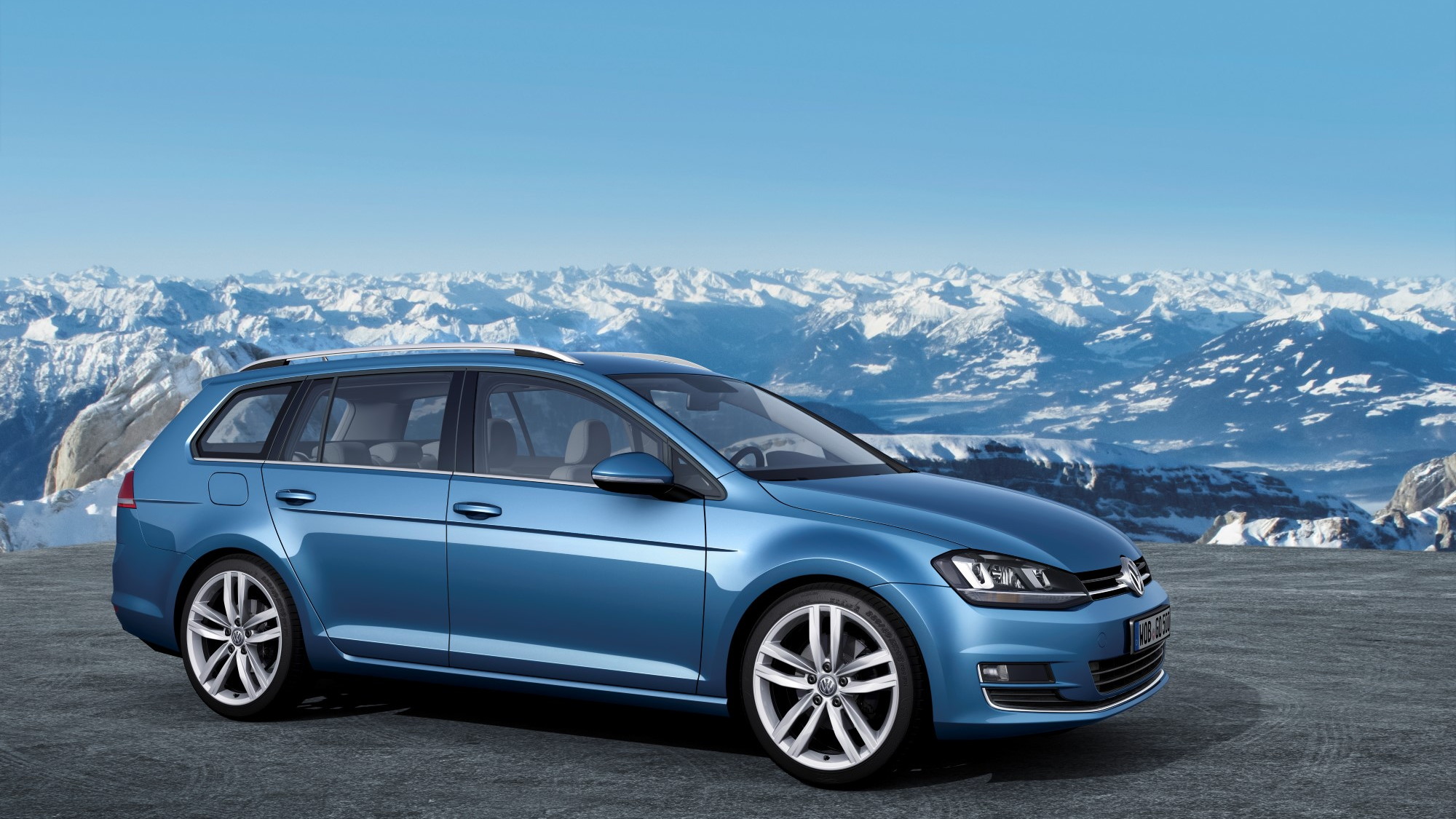 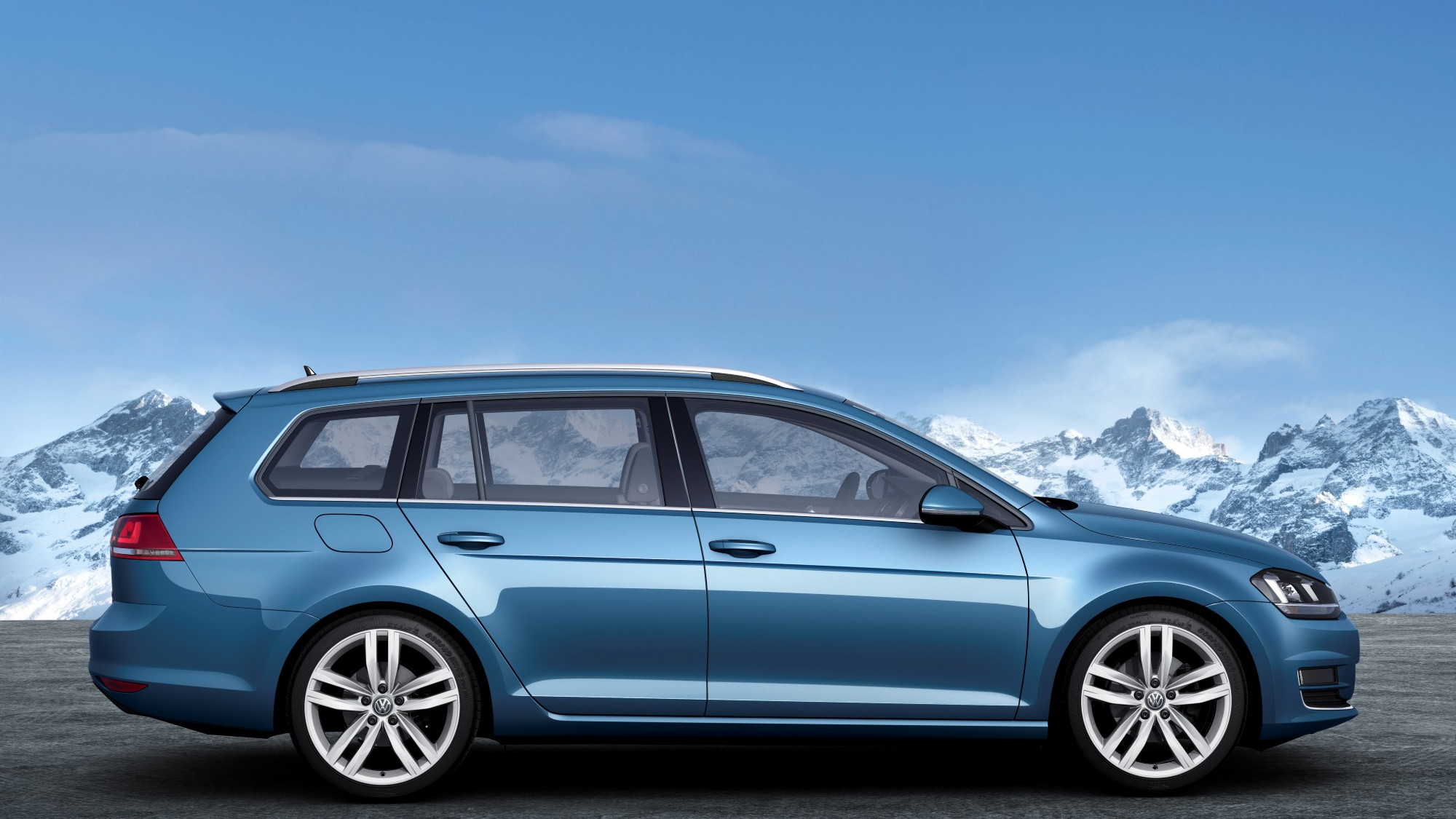 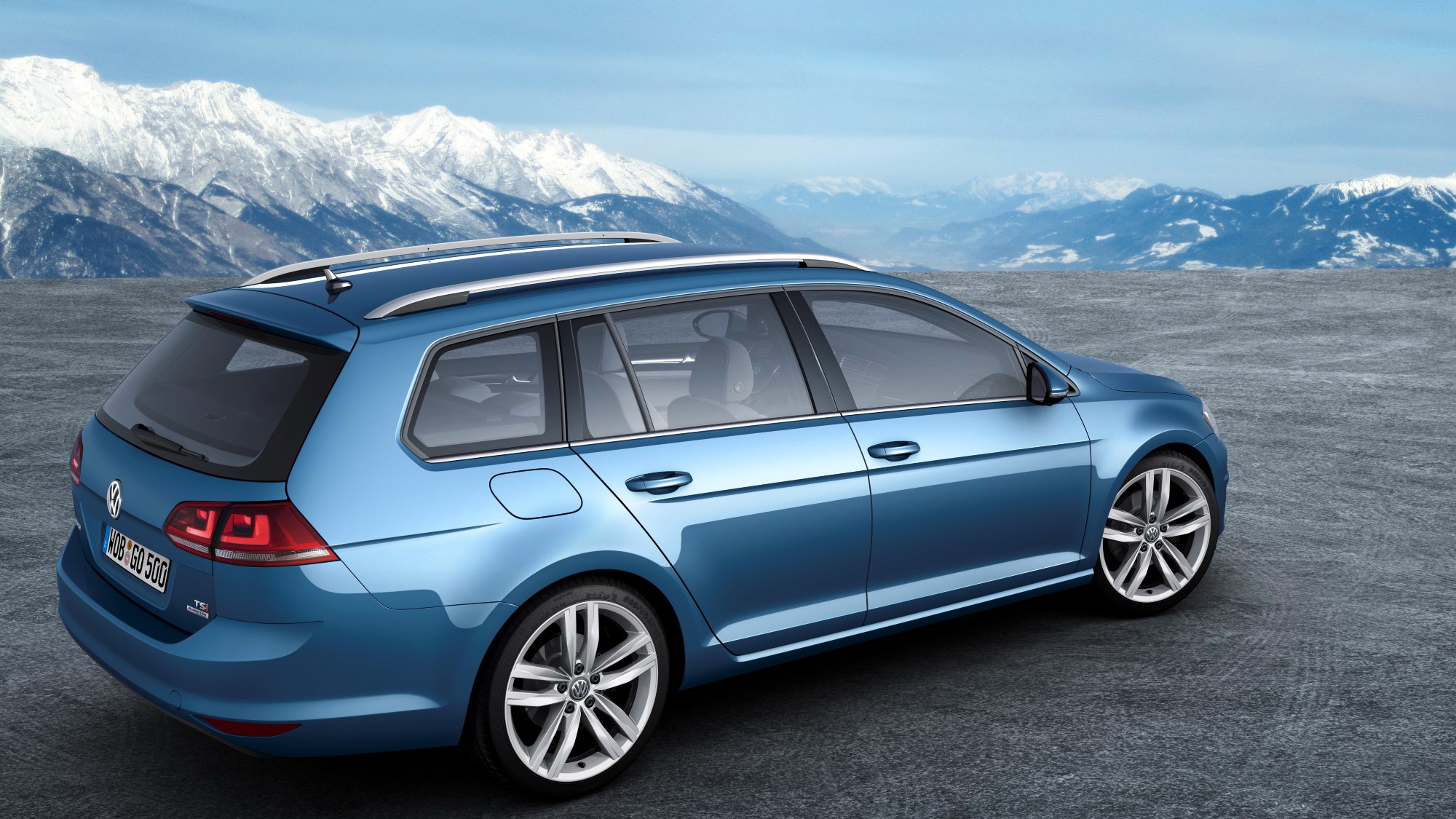 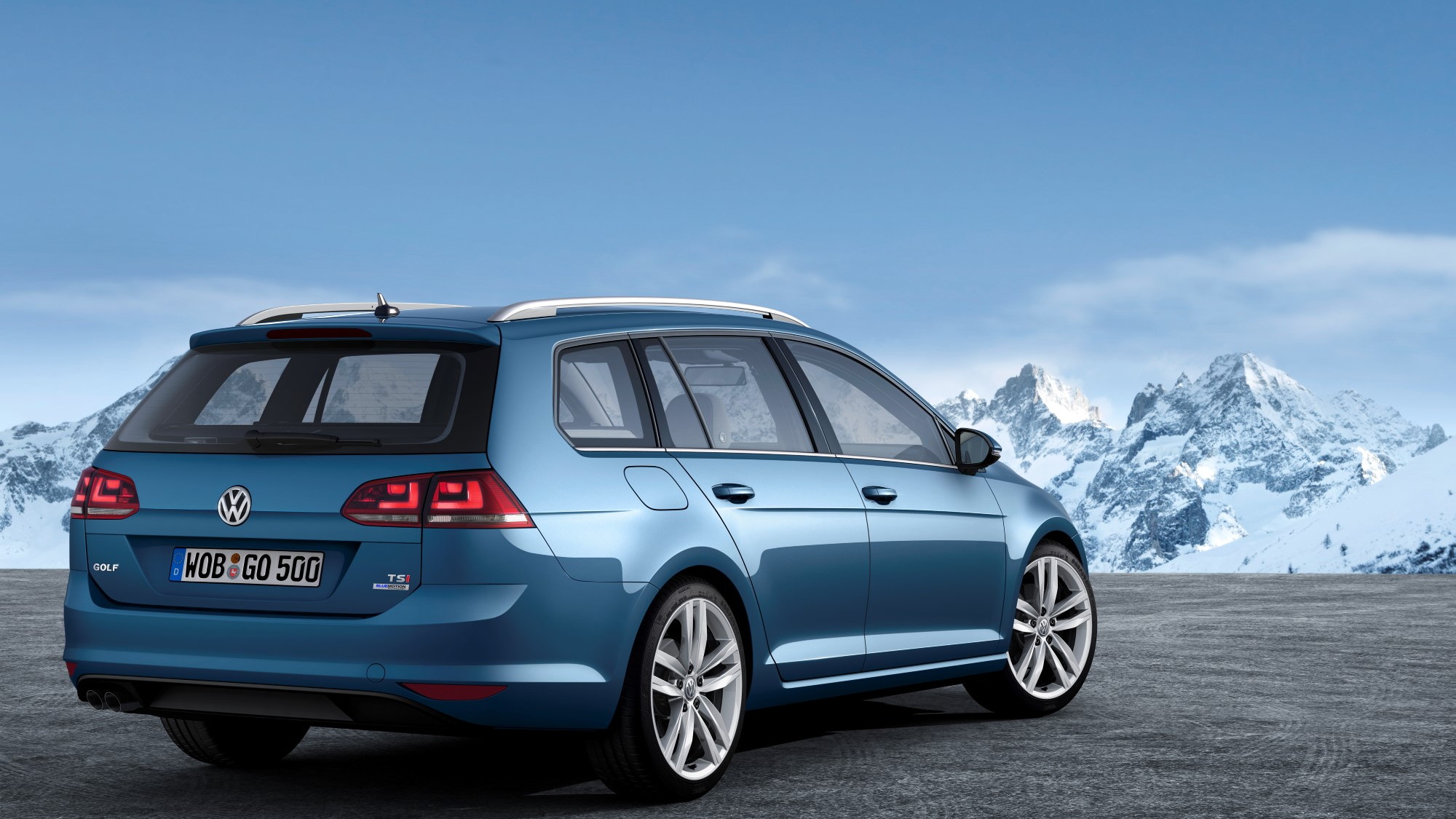 15
photos
Now approaching its 30th year and in its 7th incarnation, the Volkswagen Golf is a mainstay of the European car market. Offering everything from economical TDI diesel family cars and load-carrying wagons through to the performance-oriented GTI and R32 models, the Golf brand-name is used by many as a synonym for quality.

In the U.S. however, the Golf isn’t quite the same phenomenon it is in Europe. Perhaps that’s why the all-new Golf Variant -- essentially VW’s Golf Wagon -- is coming to the U.S. sometime next year later this year with a different name: the 2015 Jetta SportWagen.

Ahead of its official U.S. launch, we managed to sneak a few hours behind the wheel of its European twin, and discovered just why the Jetta SportWagen could be a top pick for your next family car.

“It’s grown up,” a Volkswagen representative told us as we were handed the keys to  a top-spec 2.0-liter TDI Sportline model, complete with 6-speed automatic DSG gearbox.

And he was right. Slightly longer, wider and a little shorter than its predecessor, the 2014 Golf Variant looks a lot sportier than previous models. With a distinct shoulder line and D-pillars which match the C-Pillars in the standard Golf Hatch, the Golf Variant shares the family’s good looks.

And that also includes the same pointed wing mirrors, aggressive front grille and angular lights, that you’ll find on the hot hatch.

Built around the same AQB platform which underpins the entire Mk 7 Golf family, the 2014 Golf Variant has a remarkably spacious interior with plenty of head and leg room for both front and rear passengers.

Rear-seat passengers aren’t forgotten either. The rear seats easily accommodate two adults comfortably, with the same rear air conditioning and heating vents found in the 2014 Golf.  The center rear seat can accommodate a third rear-seat passenger or child, but offers the best comfort when empty, as it contains a fold-down armrest.

Those with children will appreciate the individual rear passenger lights, allowing rear-seat passengers to read or play games on long winter road trips without distracting the driver, while a rear-mounted accessory socket ensures gadgets can be kept fully operational without causing arguments.

Where the Golf Variant and Jetta SportWagen will earn most points for families however, is its load-carrying abilities. With a lower loadbay floor -- 24 inches from the ground -- and wider hatch opening, the SportWagen should be an easy-loader.  Like the Golf hatch, there’s a flat load-bay level with the rear of the hatch, and a surprisingly spacious hidden storage area underneath.

With the seats up, Volkswagen claims 21.36 cubic feet of cargo can be accommodated, but pull the load-bay-mounted release catches for the automatic folding rear seats, and that increase to just over 57 cubic feet.

Powered by a 2.0-liter TDI Bluemotion engine, our test car made good progress in city traffic, implementing stop-start technology at stoplights to help keep fuel economy as high as possible.  In eco mode however, our test car felt decidedly agricultural as it coughed to life a half second after lifting off the brake pedal at stoplights.  Like other cars with automatic stop-start, this can be turned off by the driver if required.

Out of town, the high-geared DSG gearbox came into its own, happy to cruise along the freeway at 60 mph in sixth gear at only 1,500 rpm. In eco mode and with the DSG gearbox in fully automatic mode, our test car was refined and quiet at this speed. When it came to accelerating for an overtaking maneuver however, we noticed the low-speed engine develop a slight over-strained judder before dropping a gear.

To overcome this, we found downshifting a gear using the car’s steering wheel-mounted paddle shifters allowed a more expeditious acceleration, while switching out of automatic mode and into manual shifting immediately gave the load-carrying VW a more energetic demeanor.

One of the 2014 Golf Variant’s -- and by association, Jetta Sportwagen’s -- party tricks is the optional ability to switch between driving modes, firming up the suspension and gear changes in Sport mode, maximizing energy efficiency in Eco mode, or softening up the suspension for a long highway trip in Comfort mode. There’s even a User mode, allowing you to tweak suspension and drivetrain basics to your own tastes.

Despite a rather boring and bland steering response in Eco mode, we found the Sport setting livened up road feedback and made for a much more enjoyable drive.

When it came to general handling, the Variant felt a little softer than the Golf hatchback it is based on, but thanks to excellent suspension and the XDS+ electronic differential lock from the Golf GTI --which is included as standard -- the Golf Variant was well-behaved in every turn.

Sadly, Volkswagen is keeping quiet about final specifications for the U.S. SportWagen, but we’ve been told to expect a similar level of trim and specification to the European version we’ve just driven.

The only thing we do know for sure? According to Volkswagen, the Jetta SportWagen will stick with the traditional cable-operated parking brake instead of the electronic parking brake found in its European cousin.

We love the Golf Variant’s high-spec interior, well-behaved road manners and split personality. While it’s happy to be a regular family car, doing the school run, the daily commute and the occasional road trip, it’s also willing to give the kind of sporty, engaging drive reminiscent of VW’s finest hatchback family.

We found the 2.0 liter TDI a little unrefined around town, but we hope that some of the Golf Variant’s other engine choices -- including a 1.4 liter, four-cylinder, direct-injection turbocharged engine capable of producing 140 horsepower and a sub-9 second 0-60 time -- will make it across the Atlantic ocean in time for the SportWagen’s launch later this year.

Yes, the SportWagen isn’t exactly a VW Golf GTI, but if you need a family car that’s also to have some extra curricular fun while the kids are asleep, we think you’ll want to give it a test-drive when it hits the showrooms later this year.