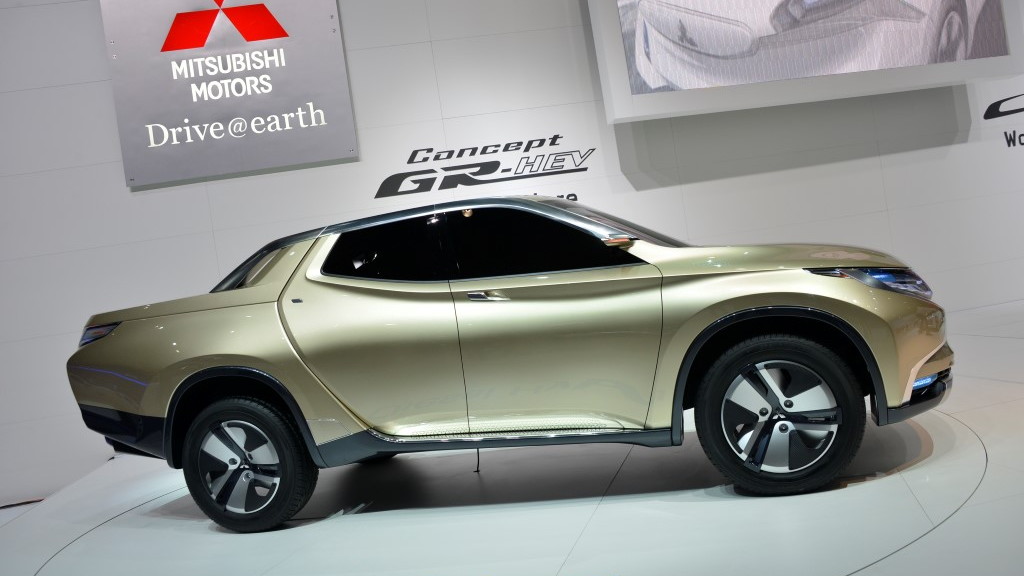 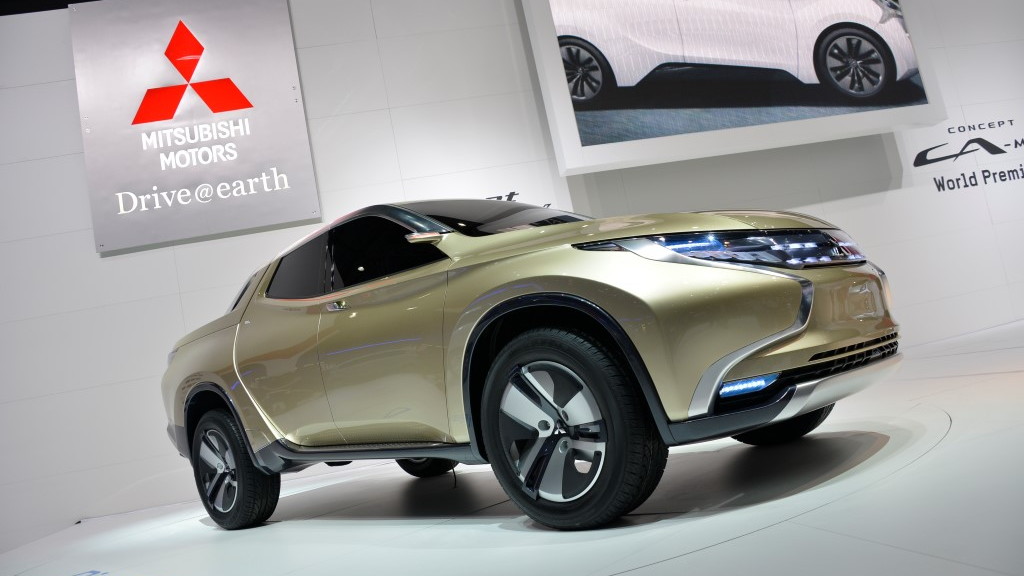 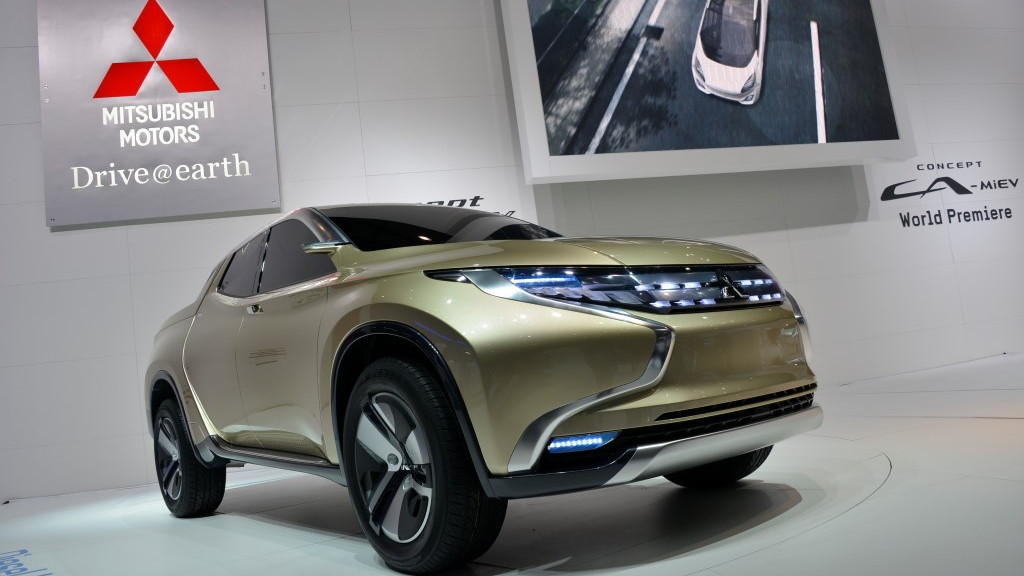 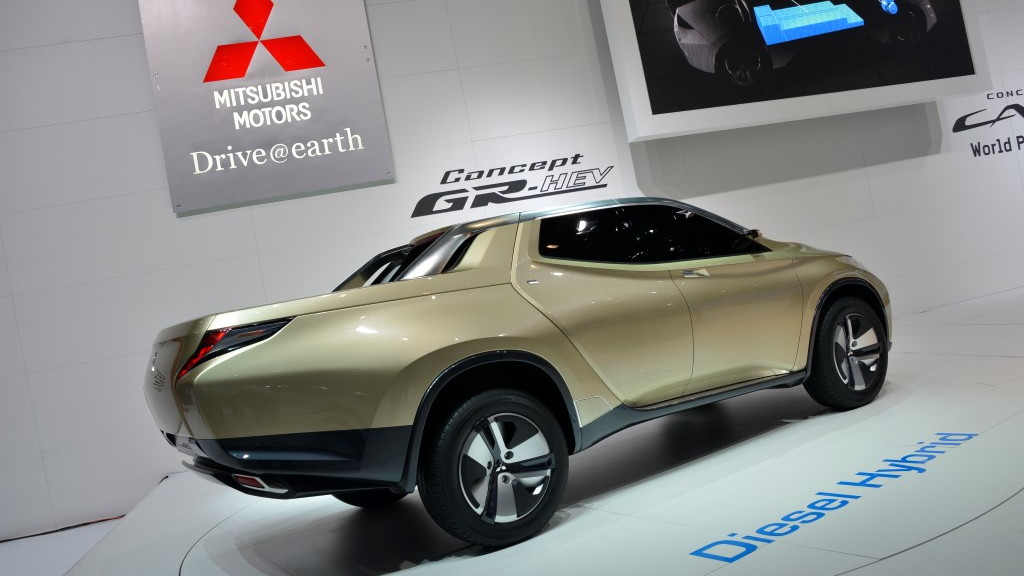 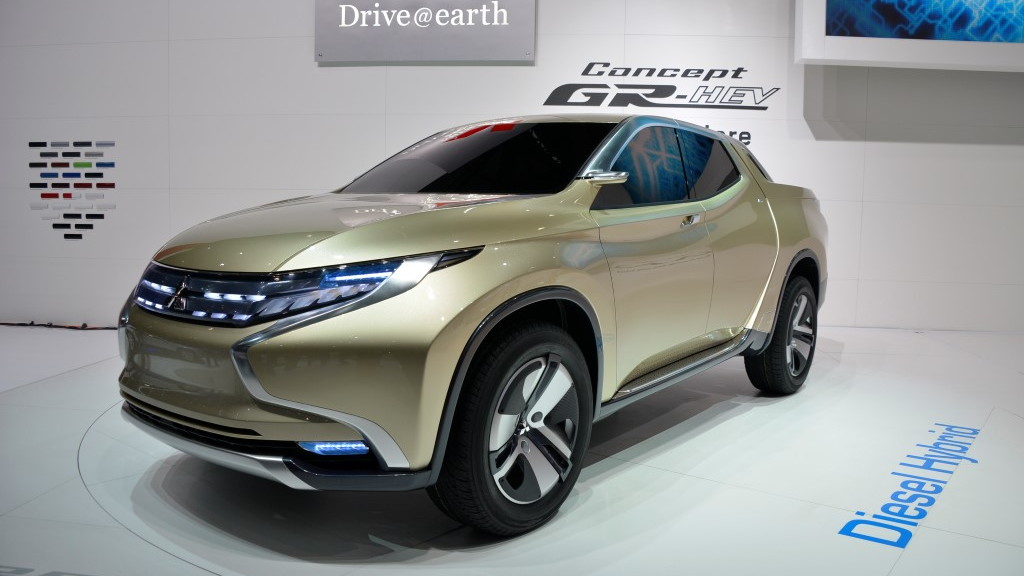 13
photos
Mitsubishi doesn't sell a pickup truck in the U.S, but elsewhere around the world its L200 model is a highly popular utility vehicle.

Typically powered by a 2.5-liter turbodiesel engine, the L200 mixes a one-ton payload with almost 6,000 lbs of braked towing capacity. It's smaller than many U.S. pickups, but eminently useful.

Launched at the Geneva Motor Show, the Mitsubishi GR-HEV concept is a futuristic take on vehicles like the L200.

A diesel engine remains, still 2.5-liters in capacity, but this time it's matched to a front-mounted electric motor, making this pickup a hybrid.

The combined power of electric motor and 2.5-liter clean diesel engine is sent through an automatic gearbox and all-wheel drive transmission, giving it the same off-road ability as the L200. It even utilizes body-on-frame construction for maximum durability.

The upshot of the diesel-hybrid powertrain is impressive economy and low emissions. The latter is said to be less than 149 g/km of CO2, equivalent to around 41 mpg on the European economy cycle. That's around 10 mpg better than the combined economy of the equivalent auto-transmission L200 pickup, despite offering the potential for greater performance.

Should a vehicle like the GR-HEV eventually hit the market, a hybrid powertrain could be the easiest aspect of the car to get used to--we suspect many more will be divided over the styling.

To our eyes it looks great, every inch a futuristic take on a modern theme. It's not at the expense of capability either, since the dual-cab concept still seats five, and still carries a ton.

But for traditional pickup buyers, it could be a little over-styled. Pickup buyers like 'em big, and they like 'em square. For them, the GR-HEV might not be quite enough of either...

For more production car and concept launches, head to our Geneva Motor Show page for all the photos and details.