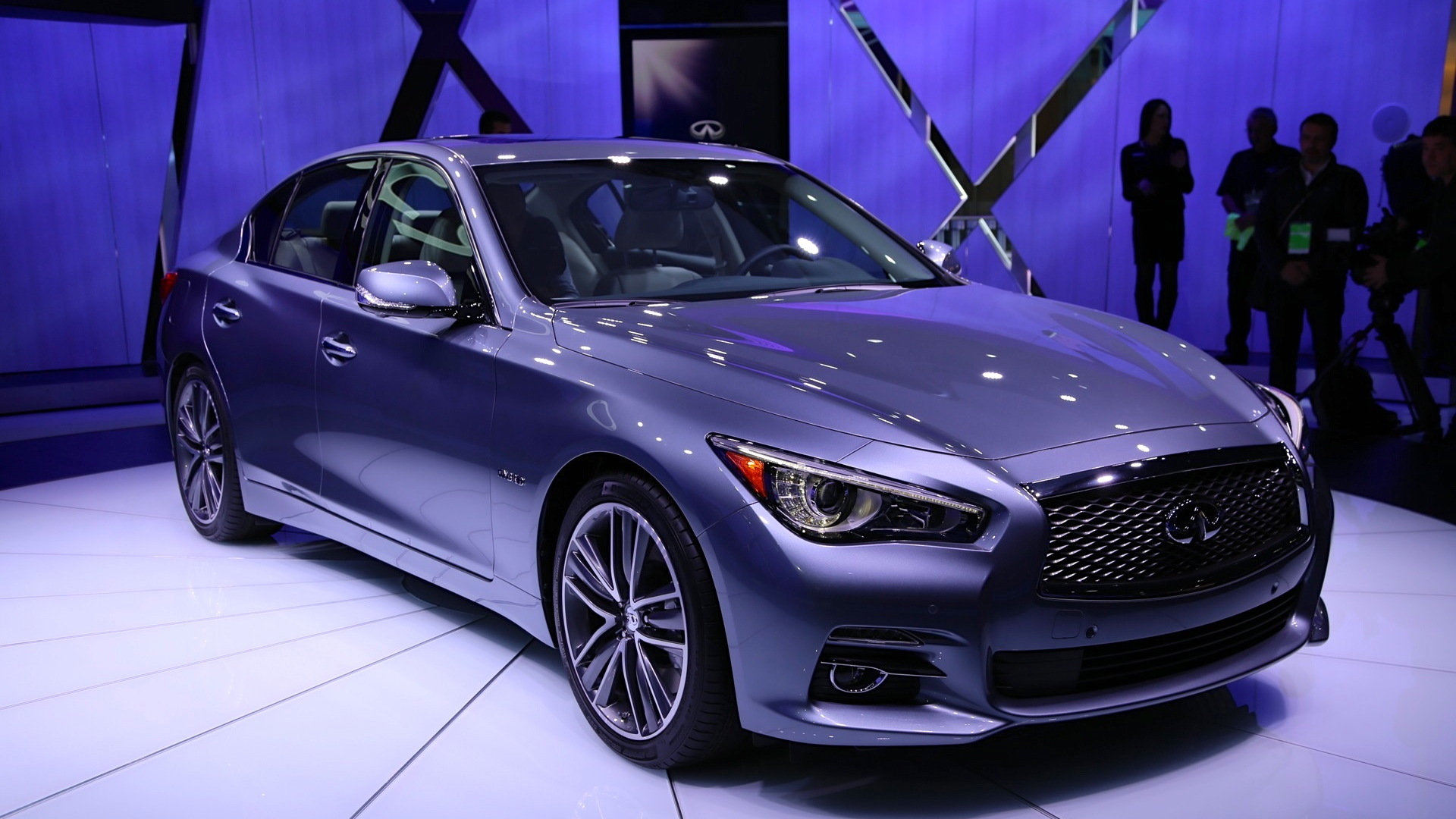 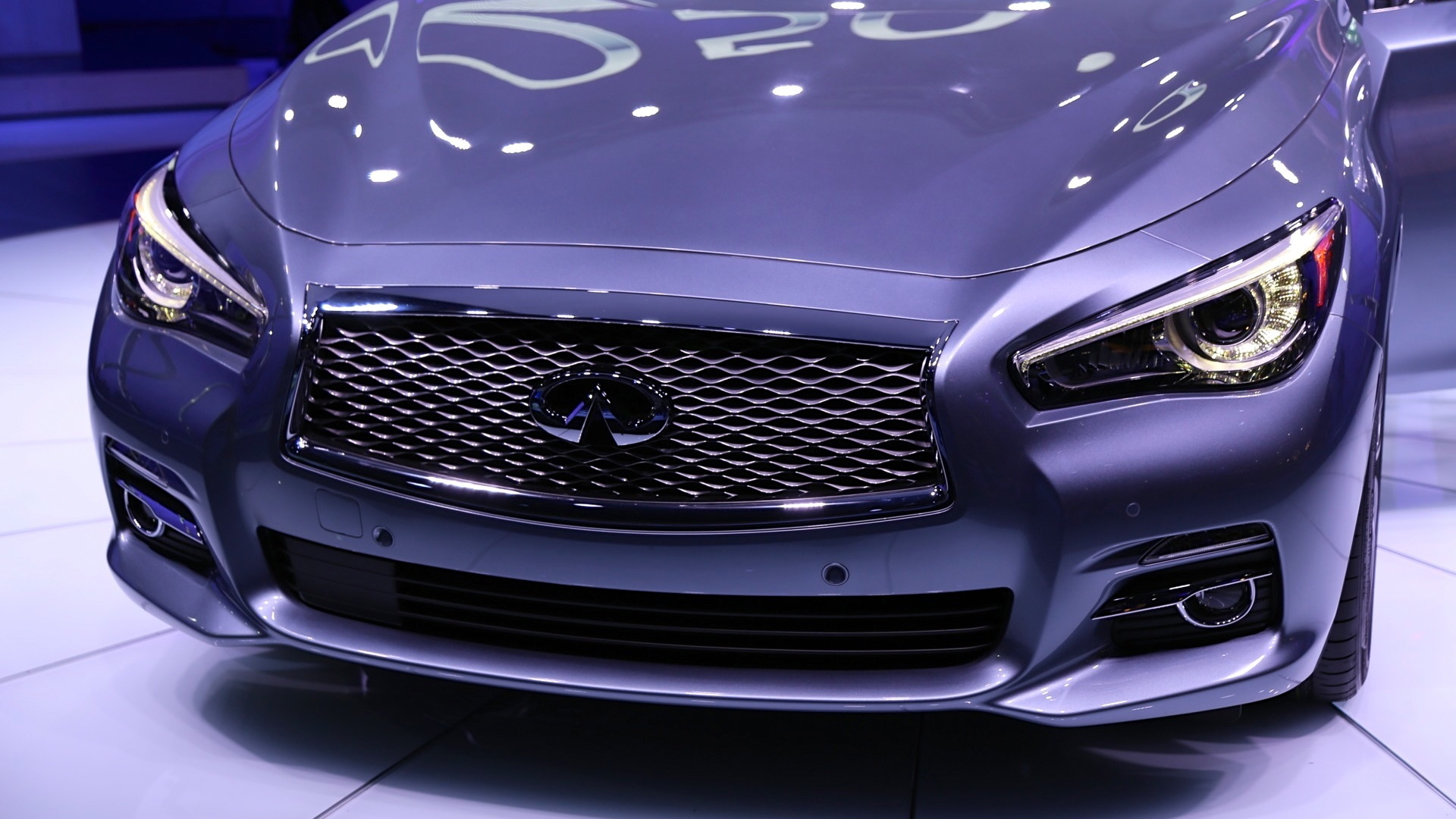 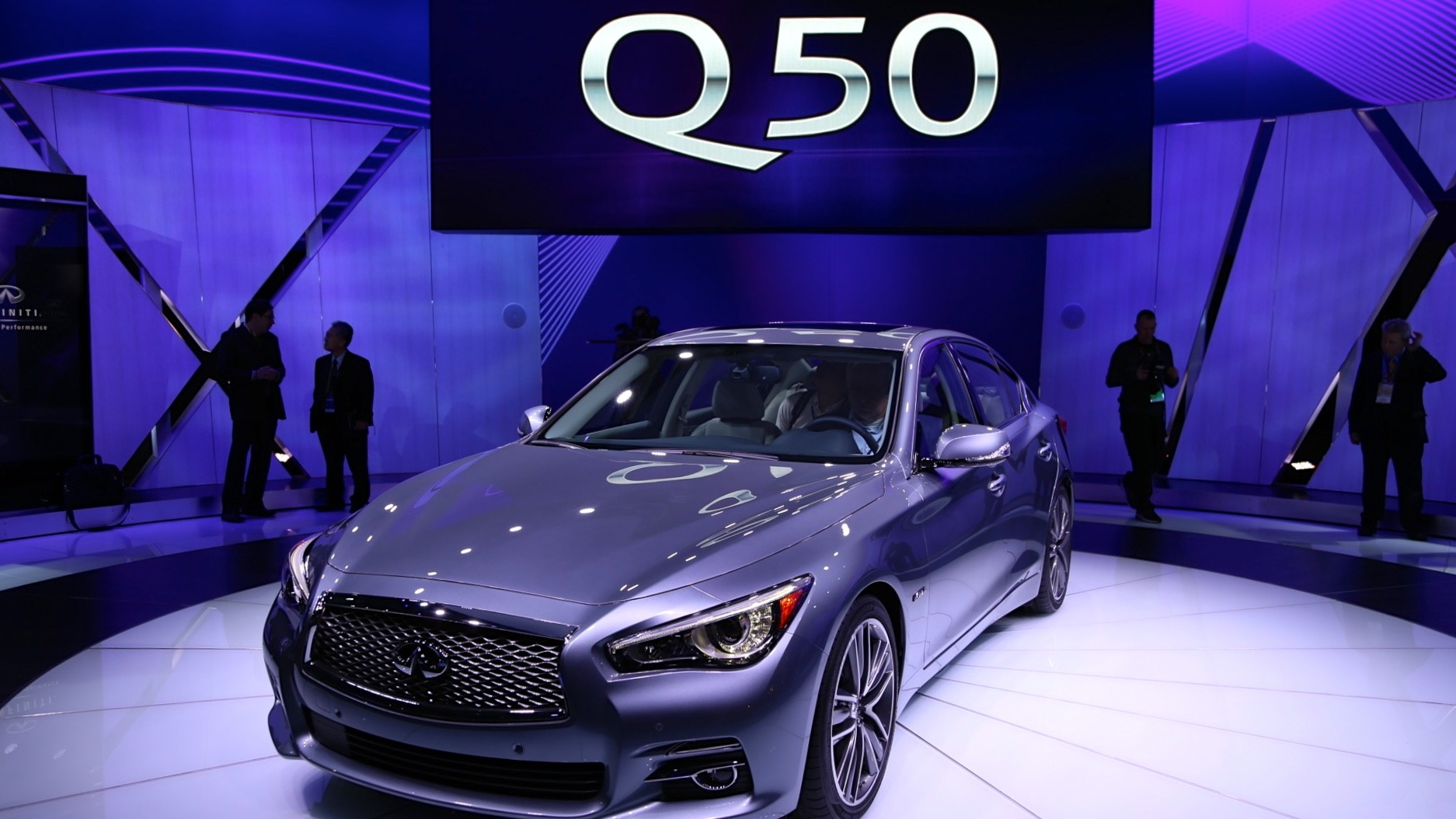 14
photos
Infiniti’s new Q50, the replacement for the G37 Sedan, has made its debut at the 2013 Detroit Auto Show in both gasoline and hybrid trims.

The gasoline Q50 packs a 3.7-liter V-6 just like the old G37, while the hybrid Q50 features the same hybrid system found in the bigger M35h. In addition to these two powertrains, customers will also have the choice of rear- or all-wheel drive.

Considering the hybrid system can accelerate the M sedan to 60 mph from rest in just 5.5 seconds, it’s possible that the smaller--and presumably lighter--Q50 will be even quicker. Not only that but it should be more fuel efficient too.

Also helping save fuel is an electronic power steering system.

These latest photos of the Q50 taken directly from its debut in Detroit should alleviate any concerns that Infiniti’s latest sedan was looking a little frumpy.

The car is well-proportioned and its sweeping character lines look as though they've been carved by the wind. In fact, Infiniti says the windswept shape results in a coefficient of drag of just 0.26.

Inside the vehicle is a driver-focused cabin with plenty of luxury appointments as well as Infiniti’s new InTouch connectivity system.

For full details on the 2014 Infiniti Q50, click here for our in-depth preview, and for more from the 2013 Detroit Auto Show, click here.