As long as the auto industry has existed, various automated and non-automated processes have been developed to bond two or more pieces of metal together through the art of welding.

Normally, how a car is welded together would be of little interest to the average car buyer.

However, improvements in the welding process announced by General Motors this week may hold the key to building lighter cars, resulting in lower fuel bills and higher gas mileage.

Traditionally, car chassis and body panels have been made with steel components, which are relatively easy to spot-weld together, either by hand or by machine.

In the interests of saving weight and thus improving gas mileage, automakers have turned to metals like aluminum for non load-bearing parts like door panels, hoods and tailgates.

Unlike steel however, welding aluminum is extremely difficult, thanks to a lower melting point and a tendency to easily distort under extreme heat.

As a consequence, many aluminum body components built by automakers today are riveted, not welded together. 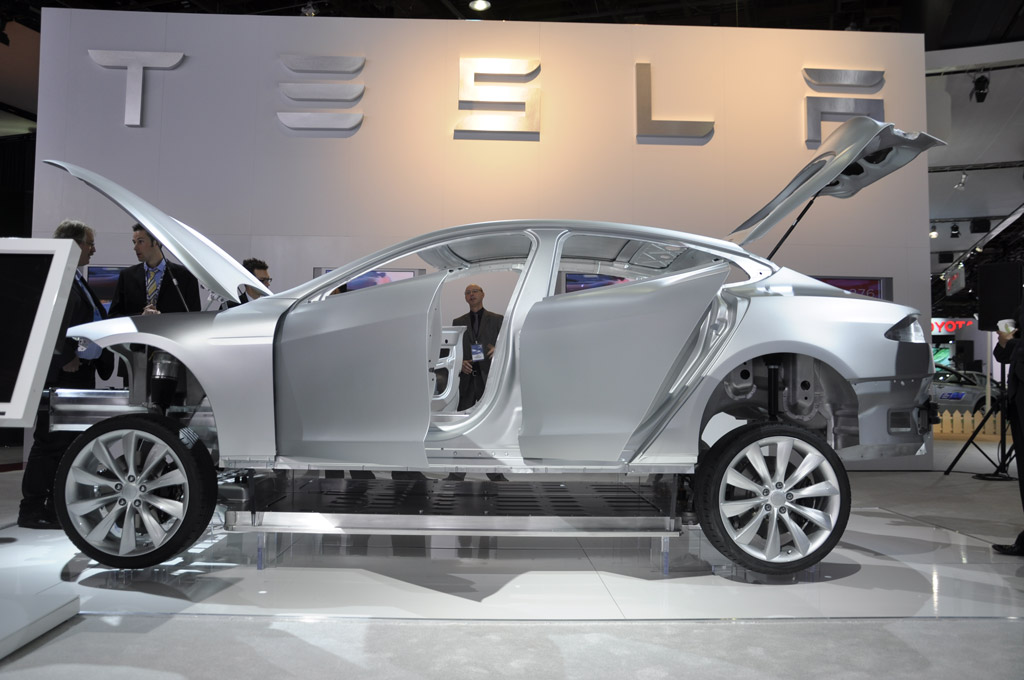 While still lighter than welded steel, riveted aluminum components aren’t as light as welded aluminum ones.

Which is why GM has invested a lot of time and money developing a reliable, spot-welding process for aluminum which it says could save an average of two pounds of weight from every aluminum body part it makes.

Already used to build the hood of its Cadillac CTS-V and tailgates for its Chevrolet Tahoe and GMC Yukon hybrids, GM says the process will be used ‘more extensively’ from 2013.

Although a few pounds of saved weight on a single body panel may not seem like much, the weight savings do add up on a car with aluminum doors, hood and tailgate, especially when compared to a conventional steel-bodied car.

The use of aluminum in building cars certainly isn’t new, but perhaps this new technique will make it more common, giving automakers another way to hit tough new gas mileage targets.

And as Tesla has already proven, Aluminum can be a pretty impressive secret weapon in the battle to produce long-lasting, efficient cars.