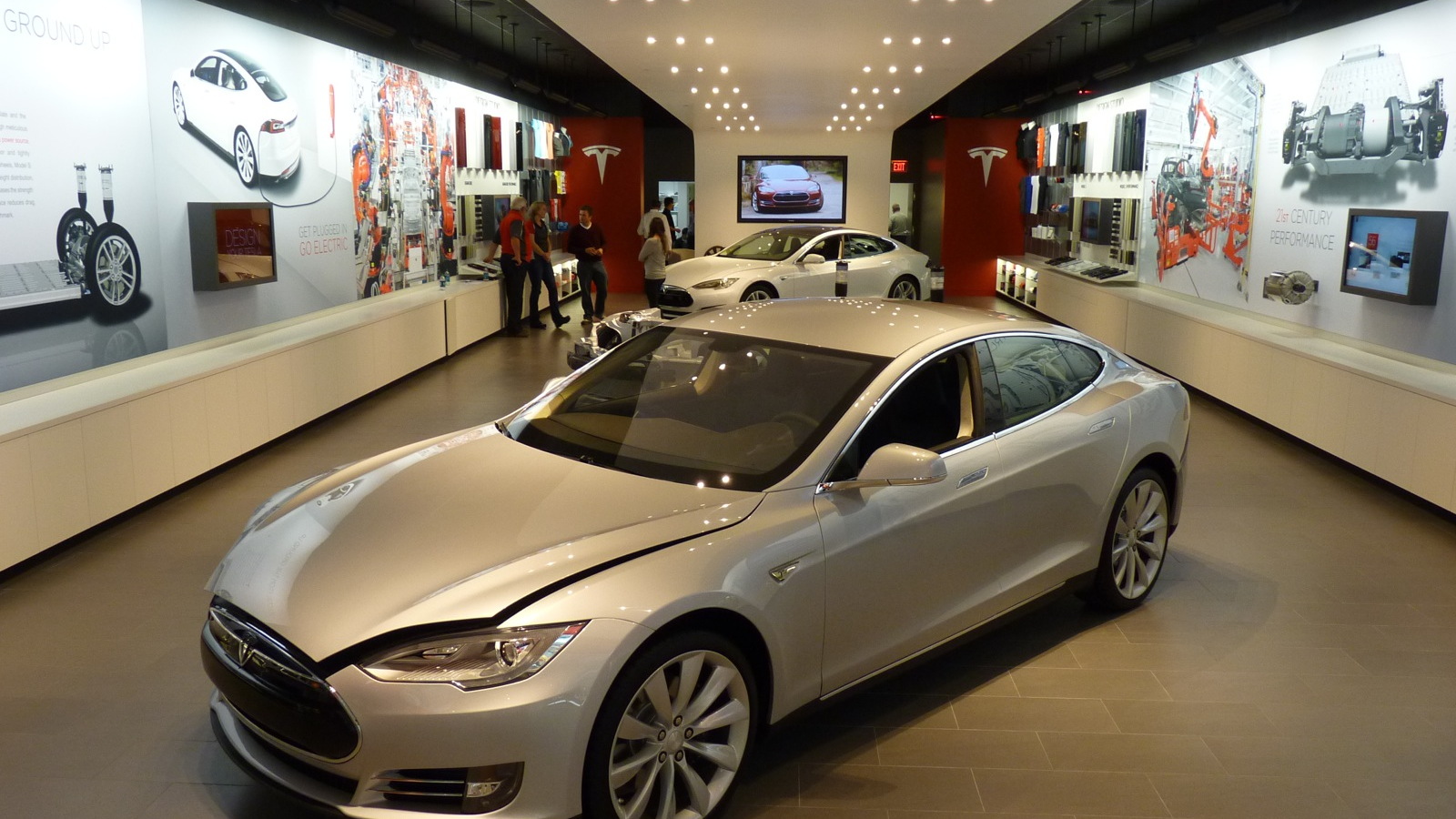 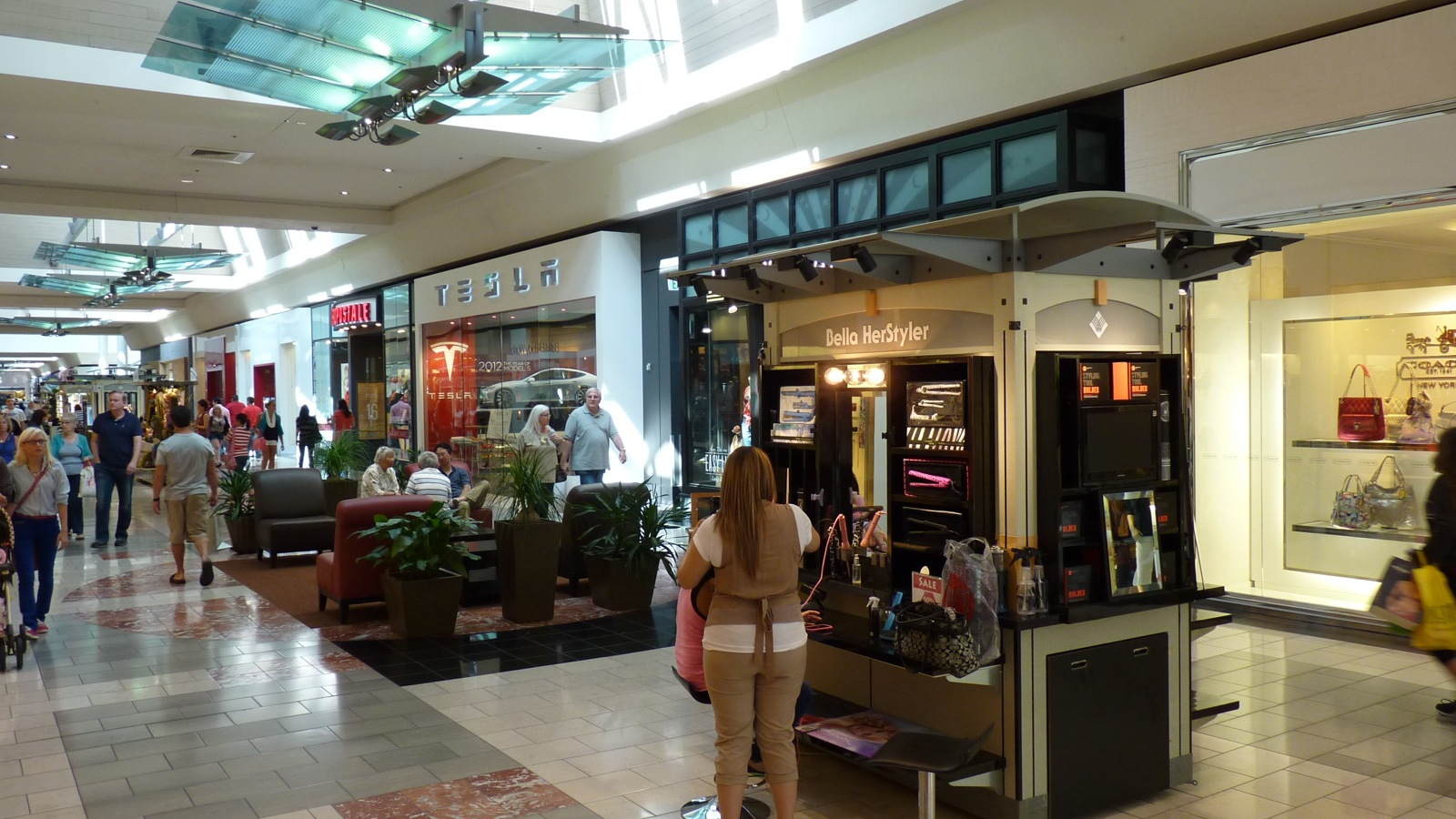 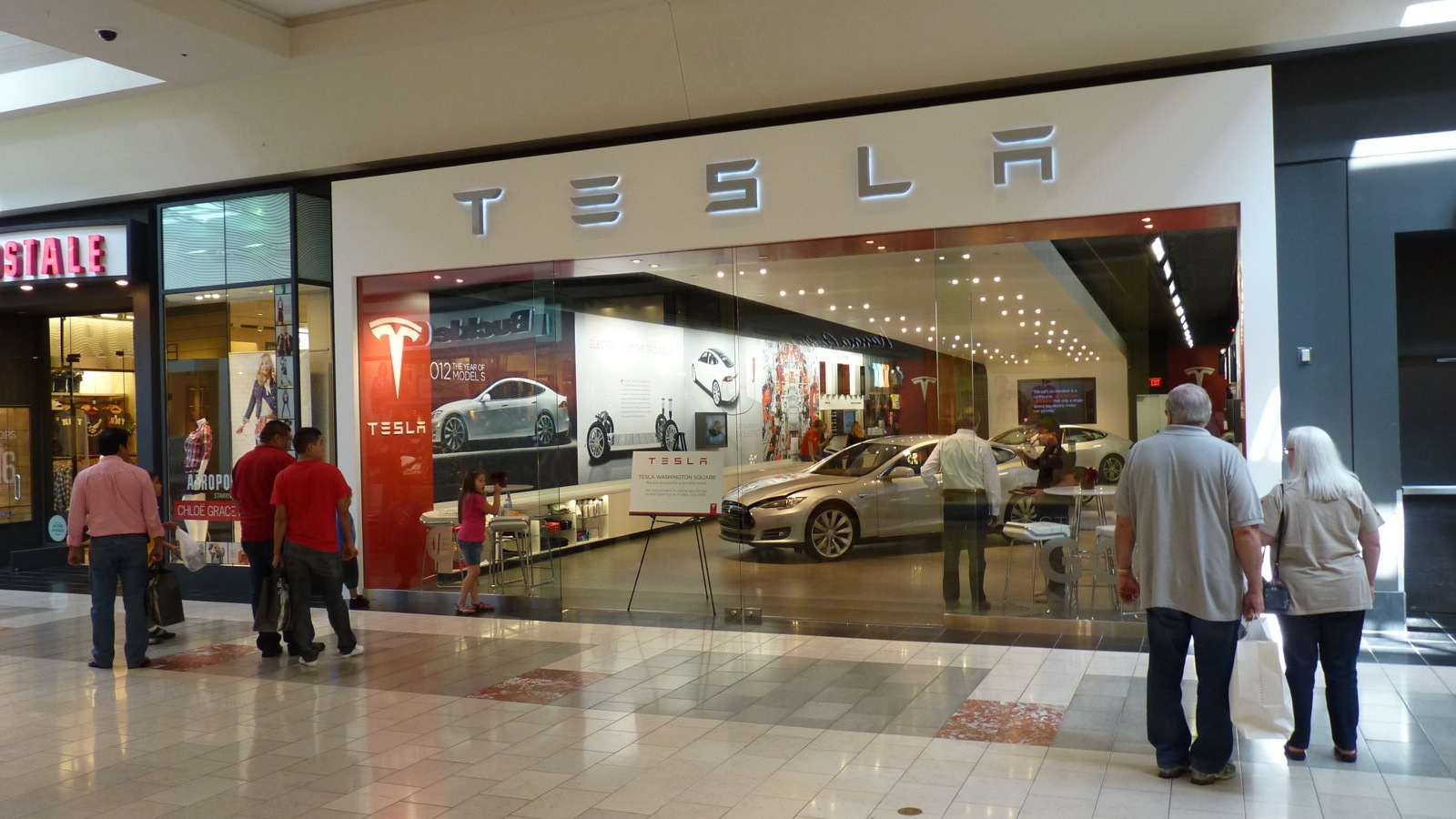 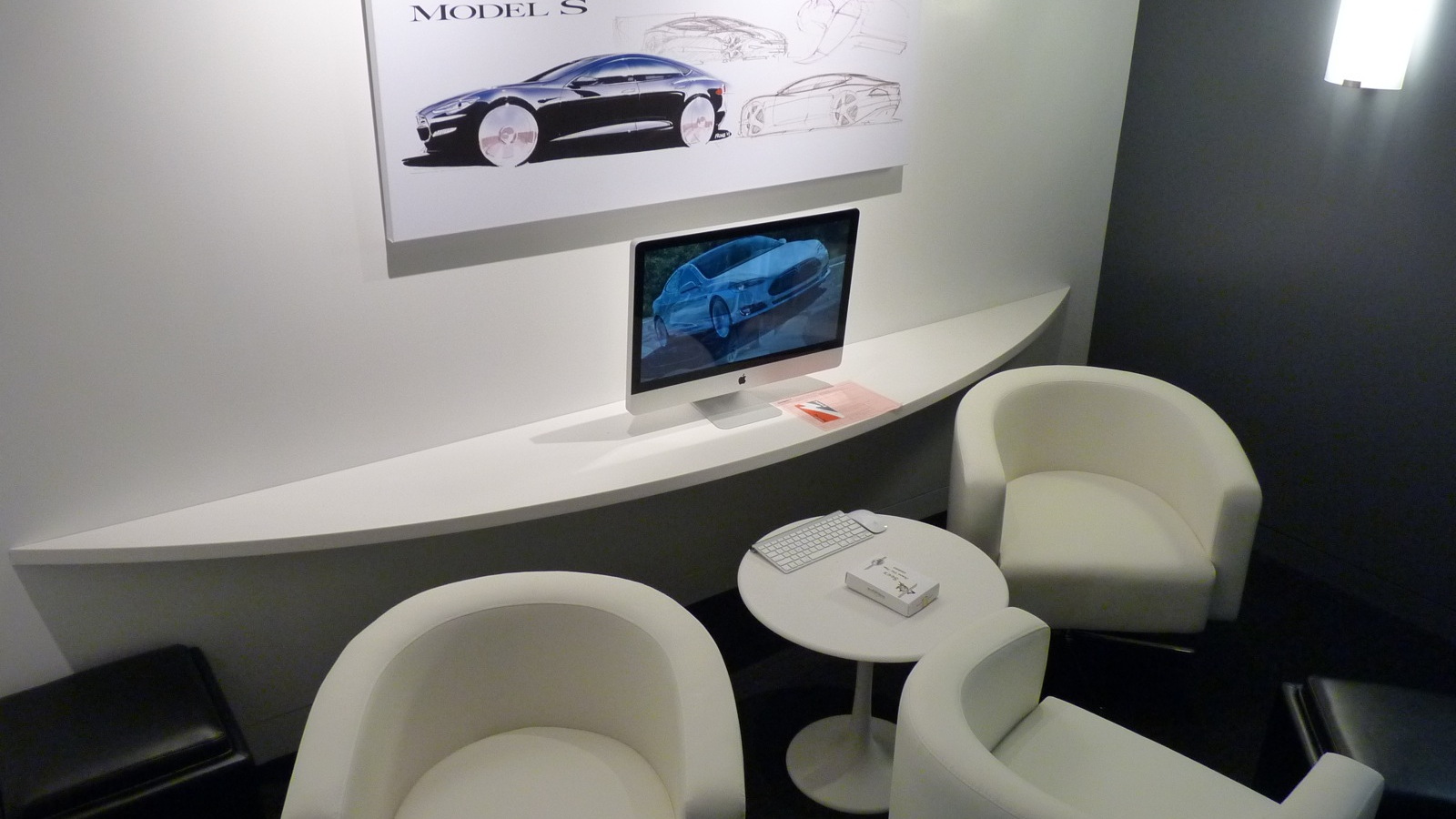 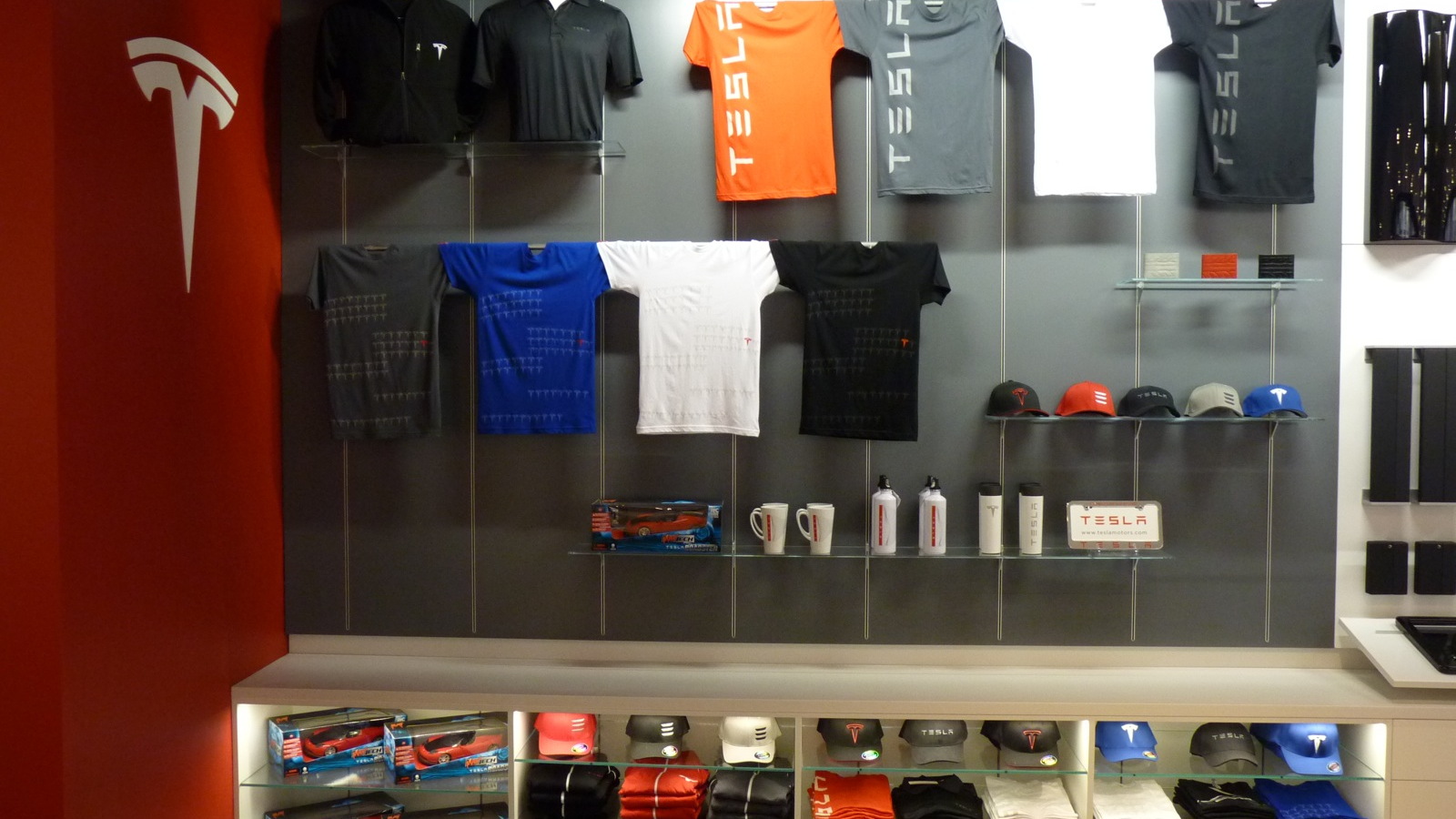 11
photos
By the sales numbers—even if you consider the 20,000 Model S sedans (which Green Car Reports drove this week, with a first drive review and video post) the company hopes to sell annually—Tesla Motors [NSDQ: TSLA] is a small niche automaker. But based on what the upstart electric automaker has seen so far this year, there’s a lot of public interest in its cars. It’s arguably on its way to becoming a much better-known brand, and its new high-visibility stores are part of the reason why.

As of this weekend, across Tesla’s ten new-design, retail-oriented stores (out of 14 total stores), there will have been over a million visitors so far in 2012.

“That’s off the charts,” said George Blankenship, Tesla Motors’ VP of sales and ownership experience. “And if you take the stores that were open last week, which would be nine of the new design, you still have over 51,000 people that went through, this past week.”

We recently caught up with Blankenship as he personally oversaw training at the company’s new Portland store, which opened yesterday.

Although it’s too early to tell how the Portland store—located in a large suburban mall, near a Sears anchor store—will do, Tesla is finding that the new stores are drawing as many as 11,000 people in a week (in its Santa Monica store). And those are numbers that even seem to surprise Blankenship.

The Tesla sales chief is a former Apple and Gap executive, and was seen as Apple’s retail guru, credited for the company’s smart growth and placement of its stores.

Around the same time that Blankenship joined Tesla, a couple of years ago, the automaker started to transition to the same type of store—one focused around foot traffic, and far closer to a traditional main-street or mall storefront than a traditional dealership property.

As opposed to Tesla’s first few North American stores—in Menlo Park, Manhattan, and Washington D.C.—which were set up more like traditional prestige-luxury or exotic-car dealerships, these new stores are more like—and there’s really no surprise here—Apple stores. You walk into a long, brightly lit showroom, with video screens, walls of technical and feature displays, and other exhibits, as well as several complete cars in the middle. Product specialists, who don’t make any commission, are responsible “to make sure everyone who leaves is smiling,” says Blankenship, and there are some computer terminals and a few semi-private chairs in back for talking details.

Blankenship says that with the Model S, the company’s stores have to serve a different kind of role. “It’s a matter of being in front of them on a daily basis to tell them who we are and what we do—and to explain EVs to them, because most people don’t understand what it’s like to drive an EV, and the benefits of it.”

Some of Tesla’s new stores are in especially high-visibility areas and have become tourist destinations, Blankenship describes. “People go to that store; they’ve never seen a Tesla, they think ‘Oh, this is great;’ they go to teslamotors.com and they reserve a car; and that store has now impacted another store in another part of the country or of the world.”

Tesla’s numbers come from the basic camera-based people counters—a commonly used tool from conventional retailing—that Tesla uses in all of its store entries.

And that doesn’t count the window shoppers (or those under four feet tall), Blankenship pointed out—as almost perfectly timed, a middle-aged woman in fitness wear stopped to pull her iPad out of a shoulder bag, snap a picture of the storefront, and send or post it.

“What makes the experience more complete is that it's in a location like this where a lot of people are going by and stop by just because they're in the mall, and then secondly you just have an interior presentation that invites engagement,” said Blankenship. “We get people in every day who have no idea who we are, and we start informing them.”