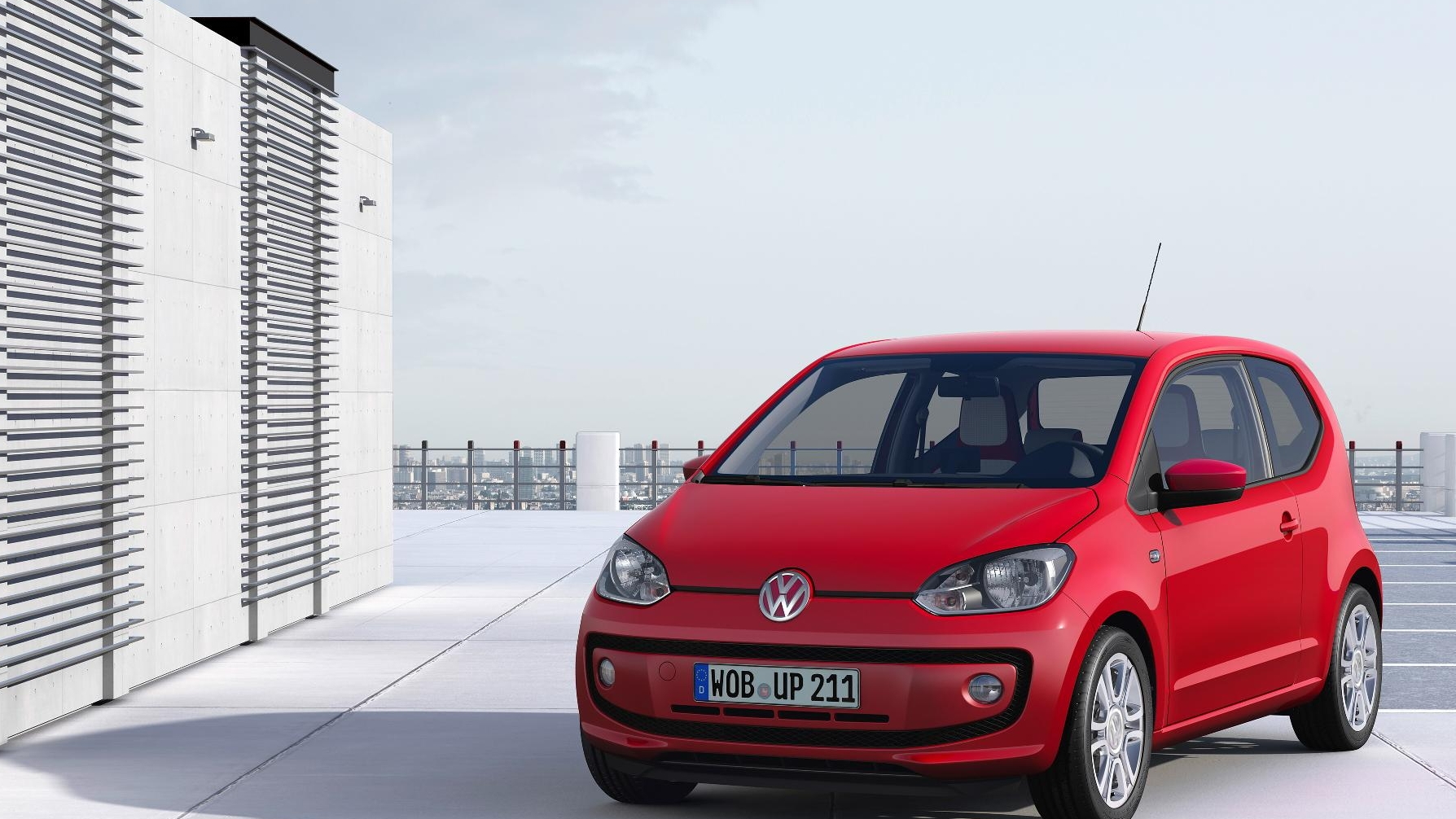 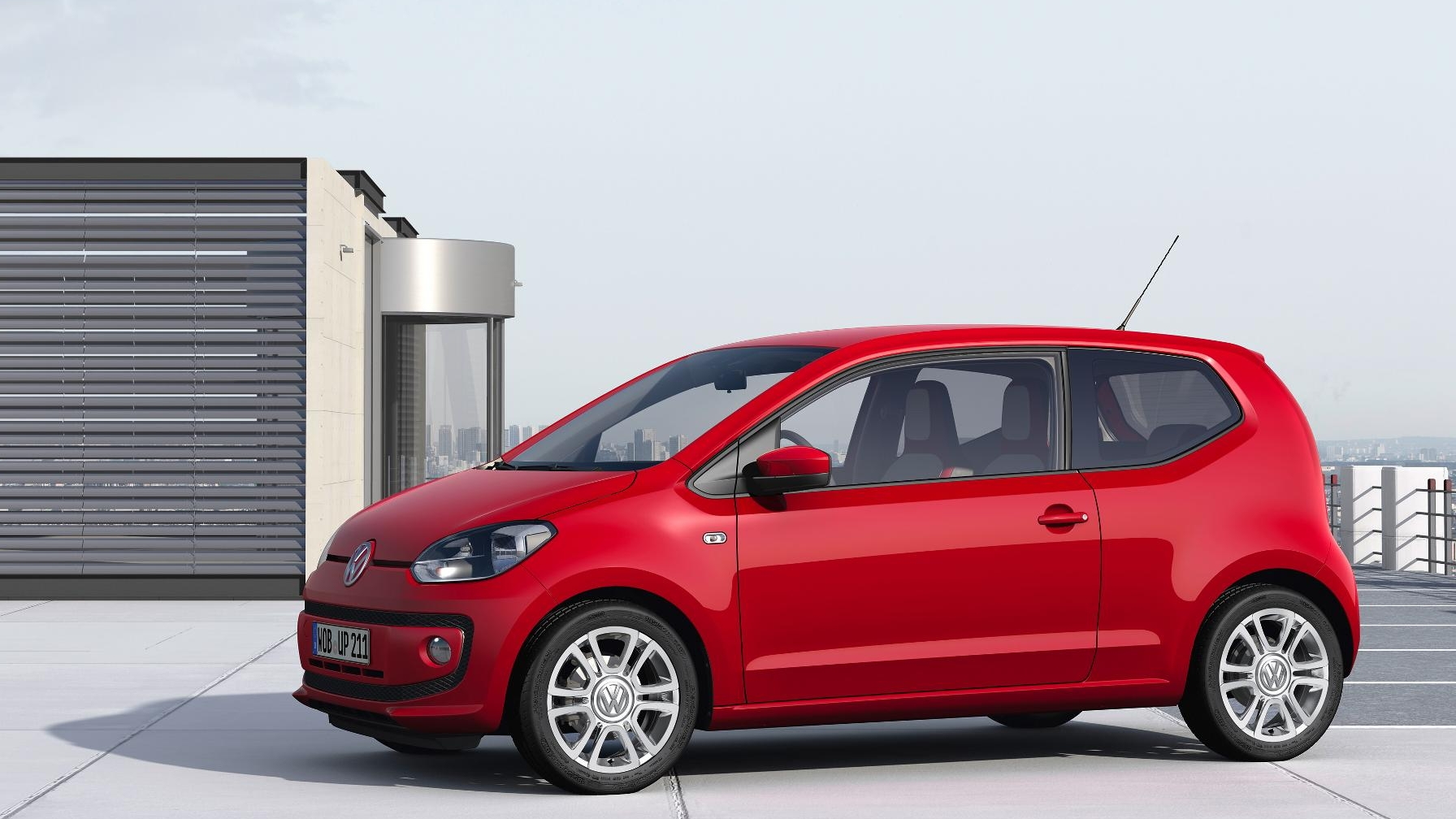 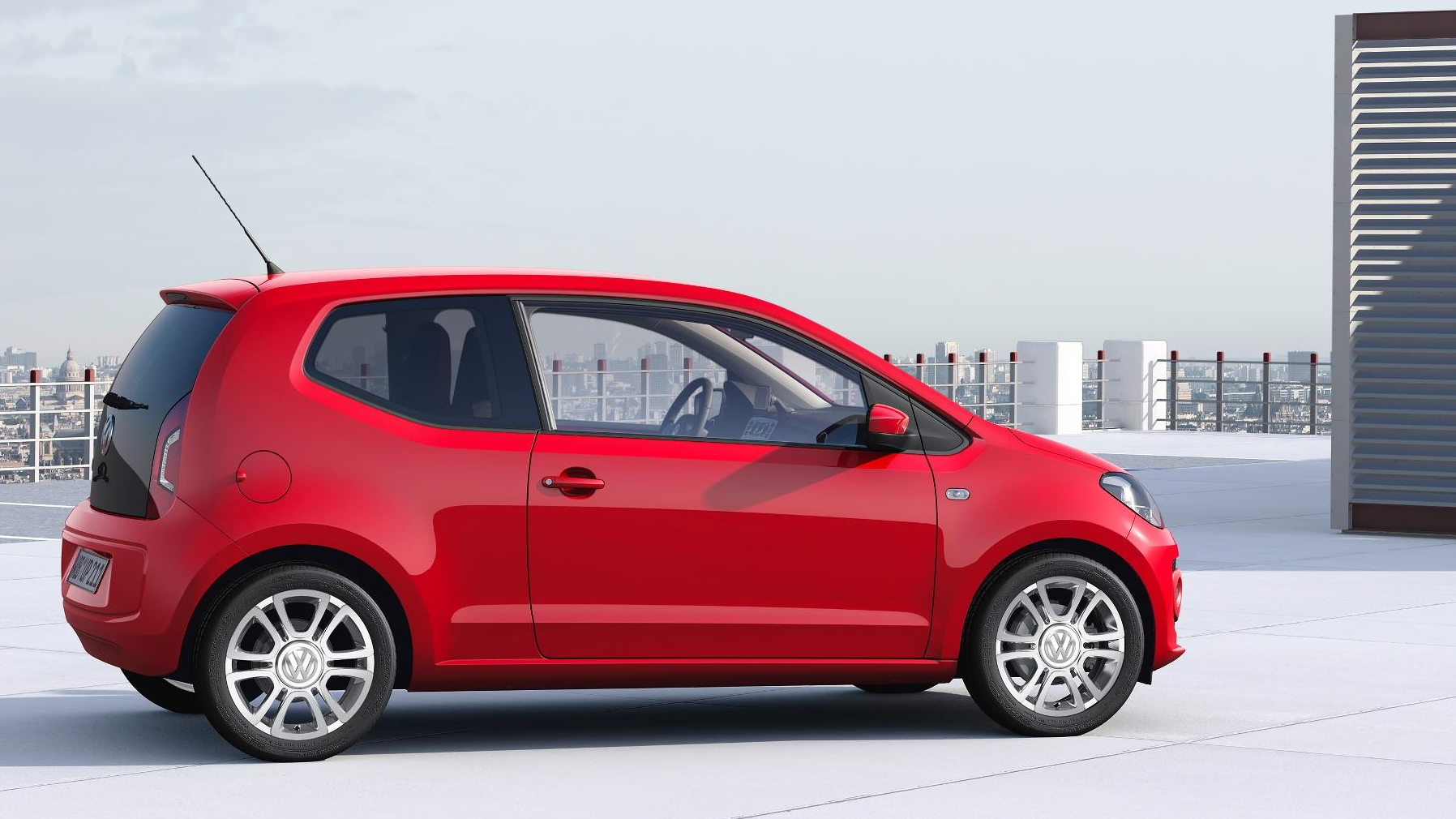 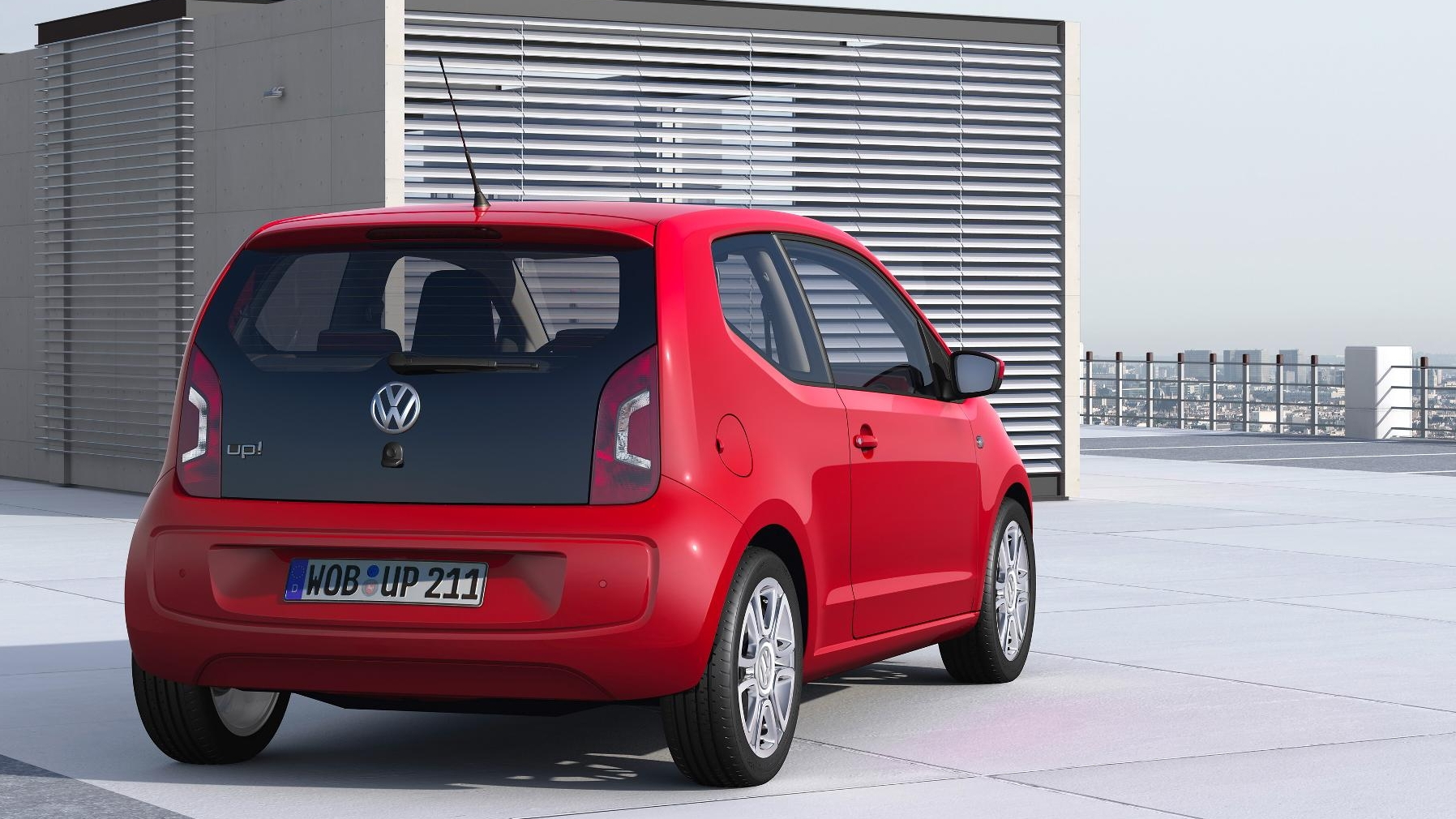 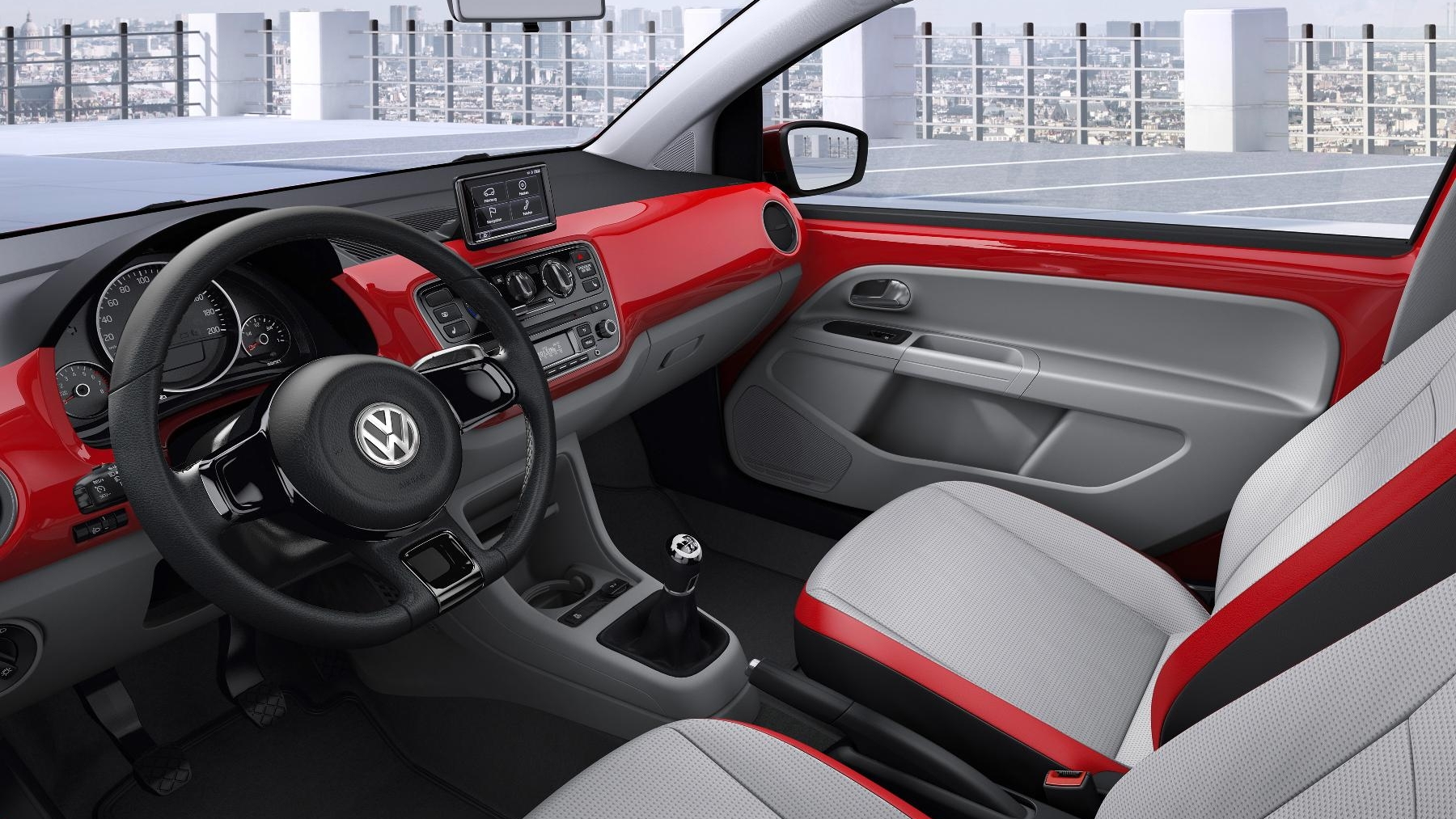 Volkswagen has been teasing us with concept versions of its Up minicar since the Frankfurt Auto Show in 2007, but finally the production version has been revealed and will make its debut at Frankfurt again in September.

The Up (which VW spells "up!") is part of Volkswagen's drive towards greater efficiency in the absence of diesel and electric powertrains by more traditional means: a small, lightweight chassis and tiny engines with below-average cylinder counts.

This means a body no more than 11.6 feet long by 5.3 feet wide and a range of brand new three-cylinder engines.

Those engines will now be mounted in the front driving the front wheels, as Volkswagen's previous Beetle-style rear engine plans proved too expensive for production.

With 59- and 74-horsepower options and Volkswagen's BlueMotion technology, VW quotes a combined economy figure of 56 miles per gallon on the European cycle and low emissions. There are also plans for an electric variant aimed at city dwellers.

Small doesn't have to mean low quality either. Volkswagen has maximized the interior passenger space, all the fittings are up to the usual Volkswagen standards, and the ambiance is improved by use of dashboard fittings that match the exterior color.

The system organizes navigation, telephone, information and entertainment, all controlled via the removable touchscreen device mounted on the dashboard.

Safety tech includes City Emergency Braking. Usually found on much larger and more expensive vehicles, the new VW minicar uses lasers to detect any potential collision risks. At speeds under 18mph, the Up can automatically brake to avoid an accident.

VW is keeping its cards close to its chest for the time being and more details on the Up are likely to be revealed at September's Frankfurt Auto Show, including pricing.

There's no word yet on whether the Up will hit American shores.