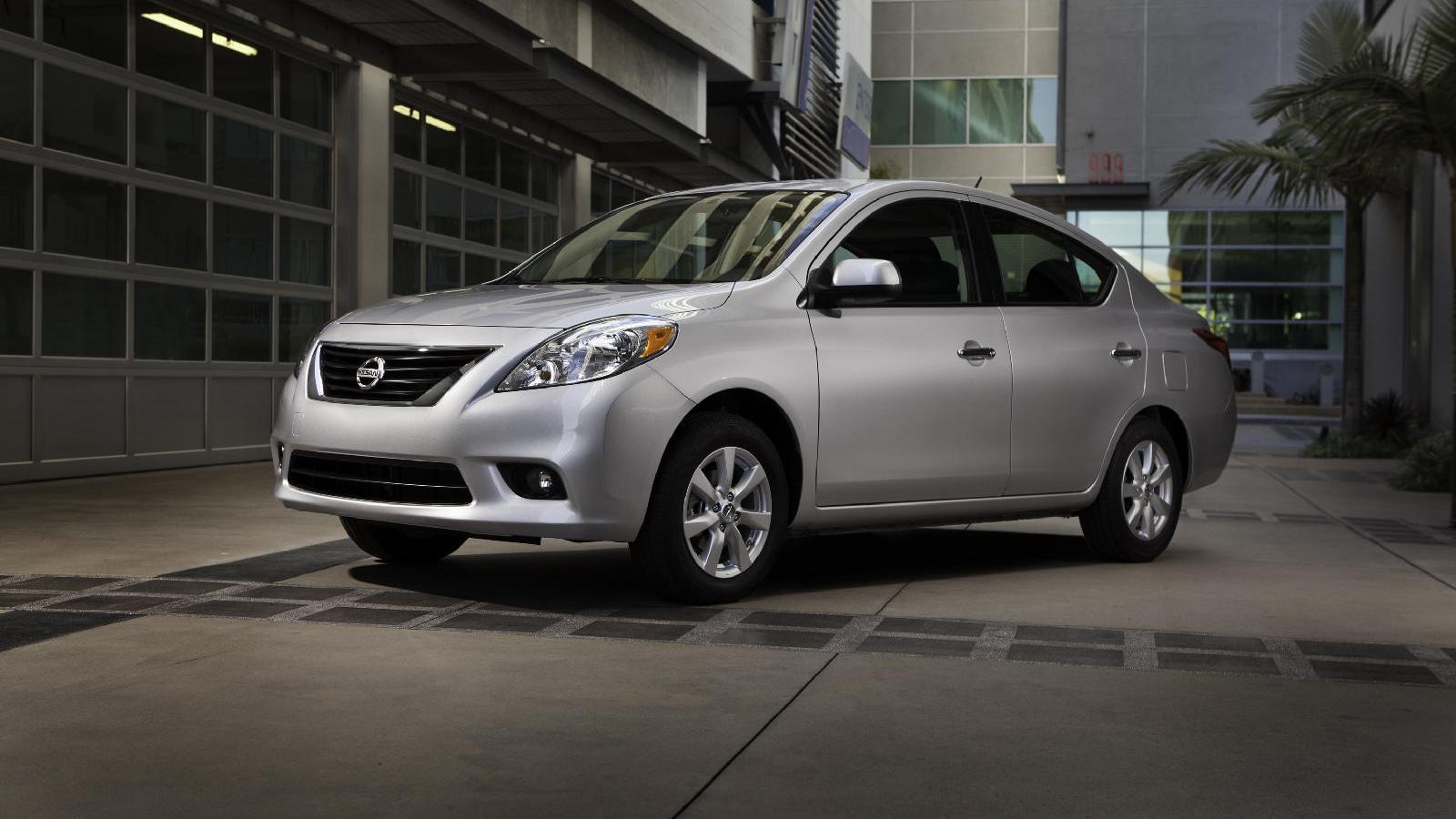 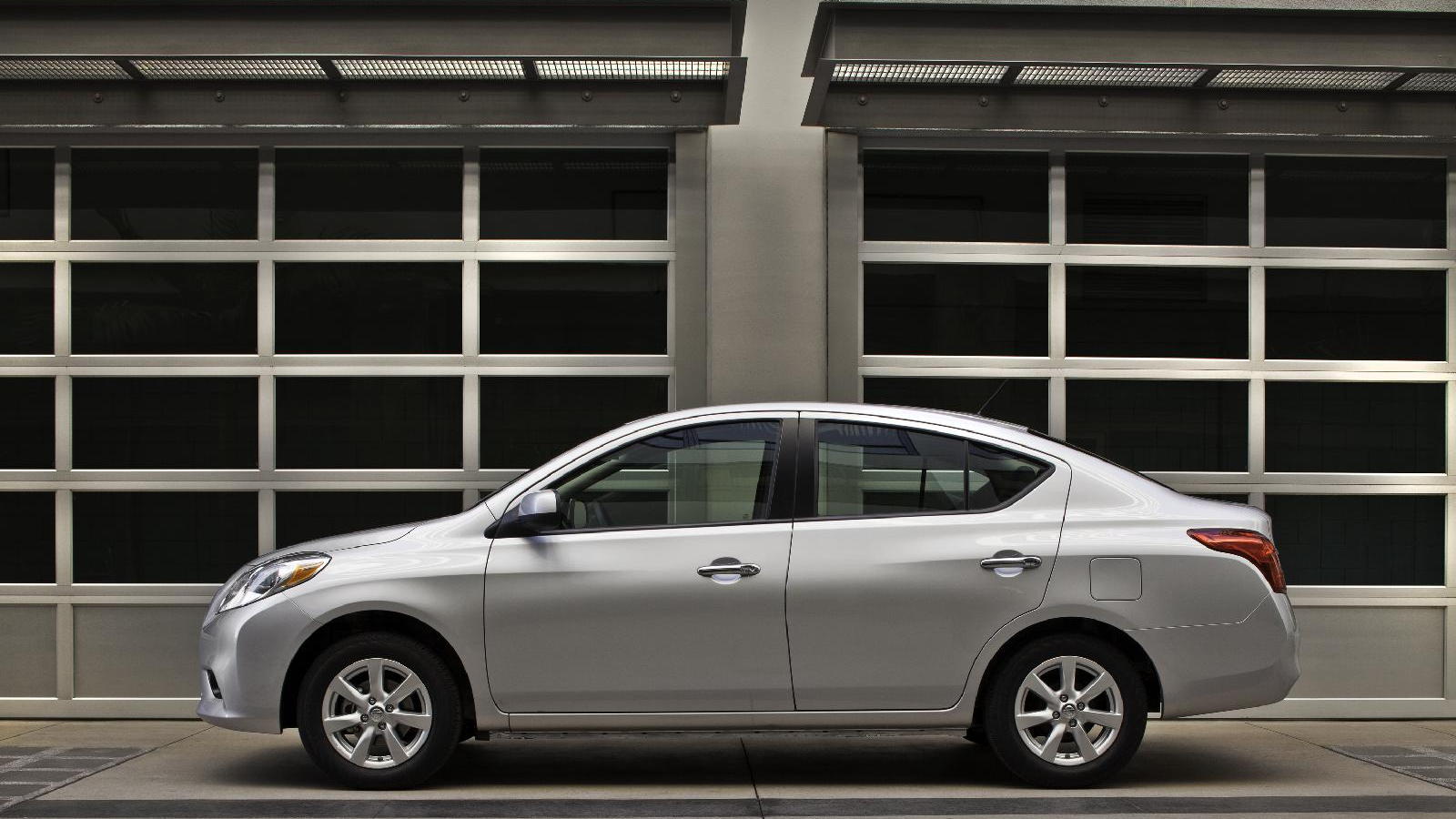 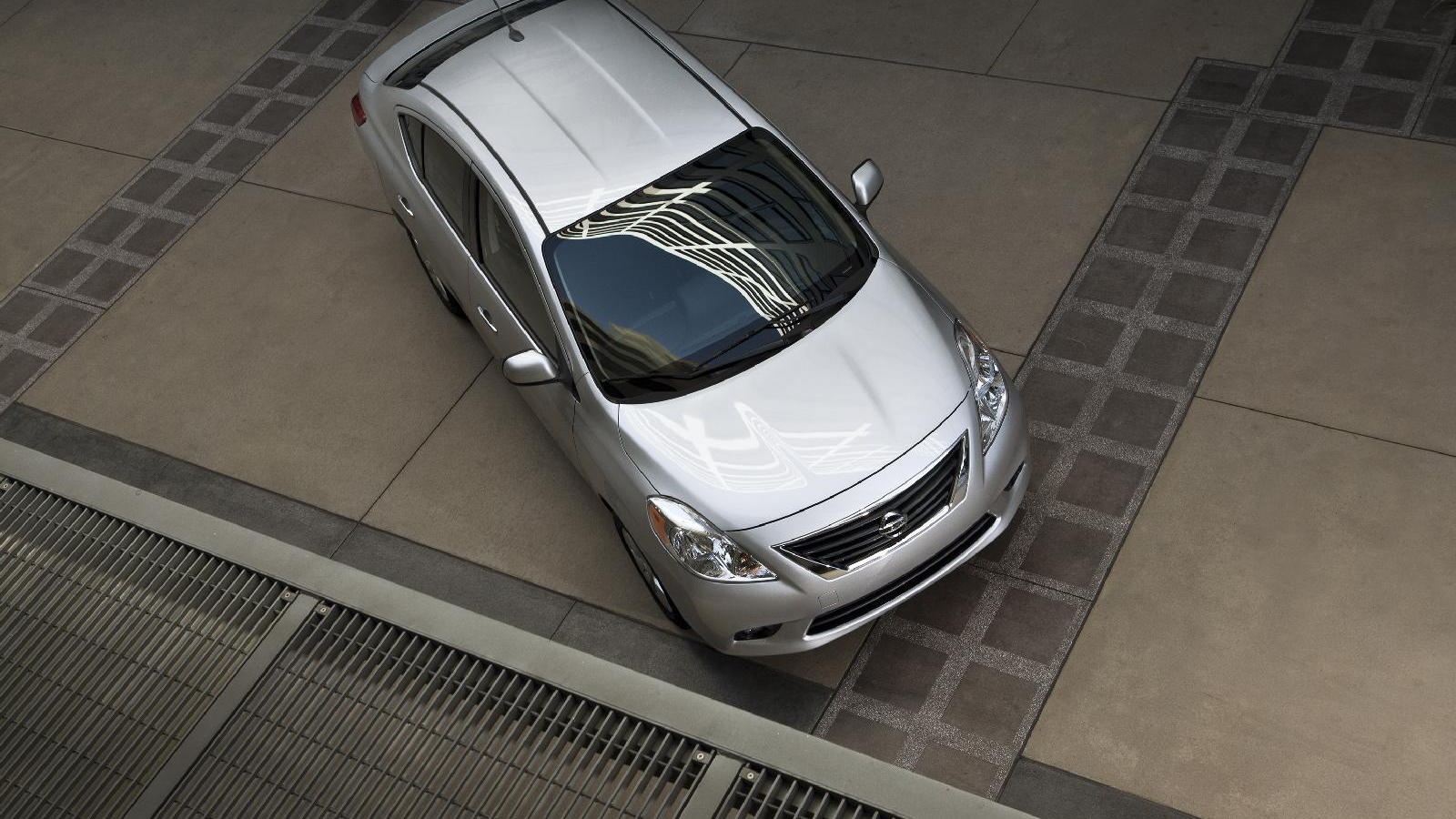 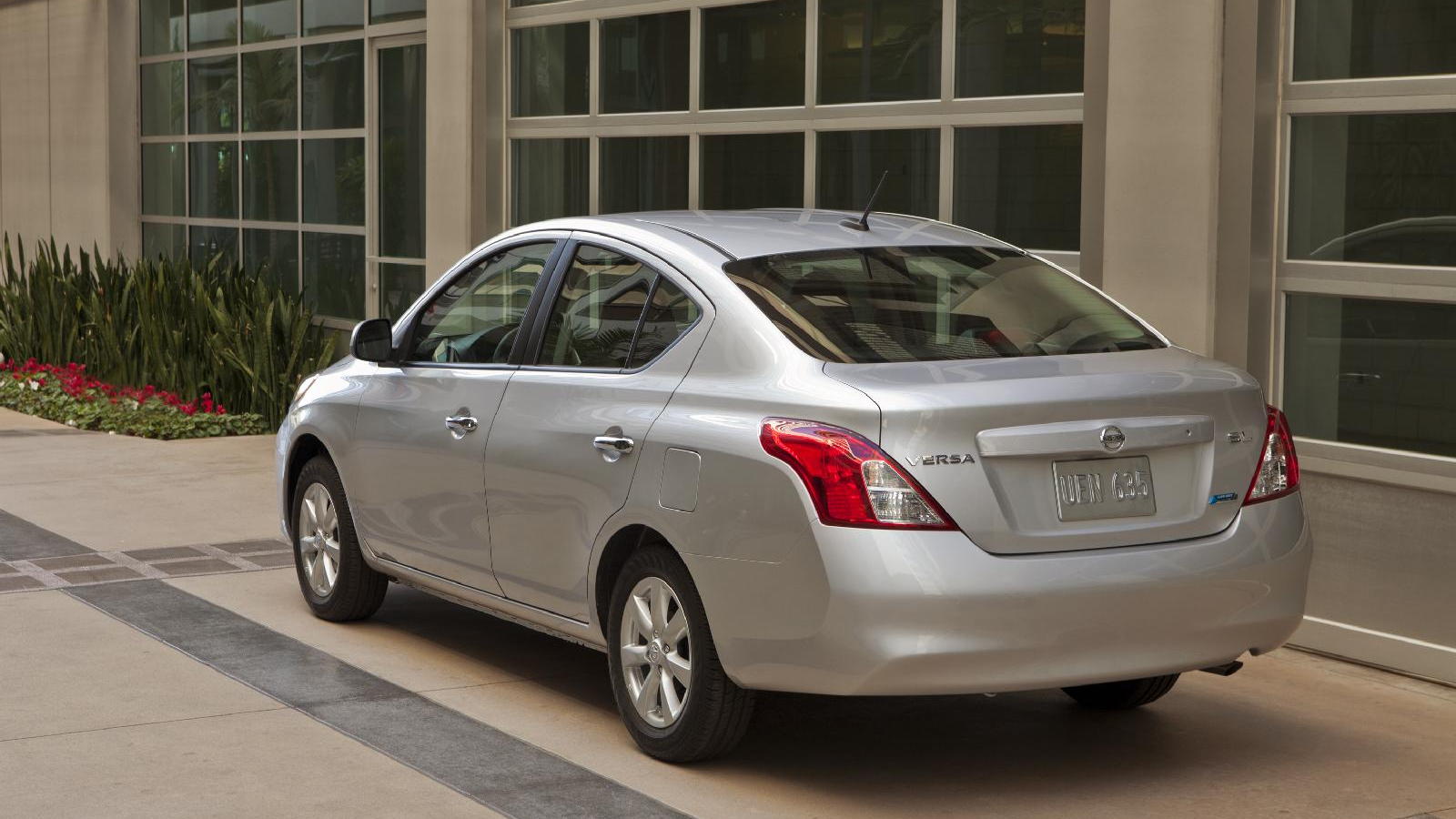 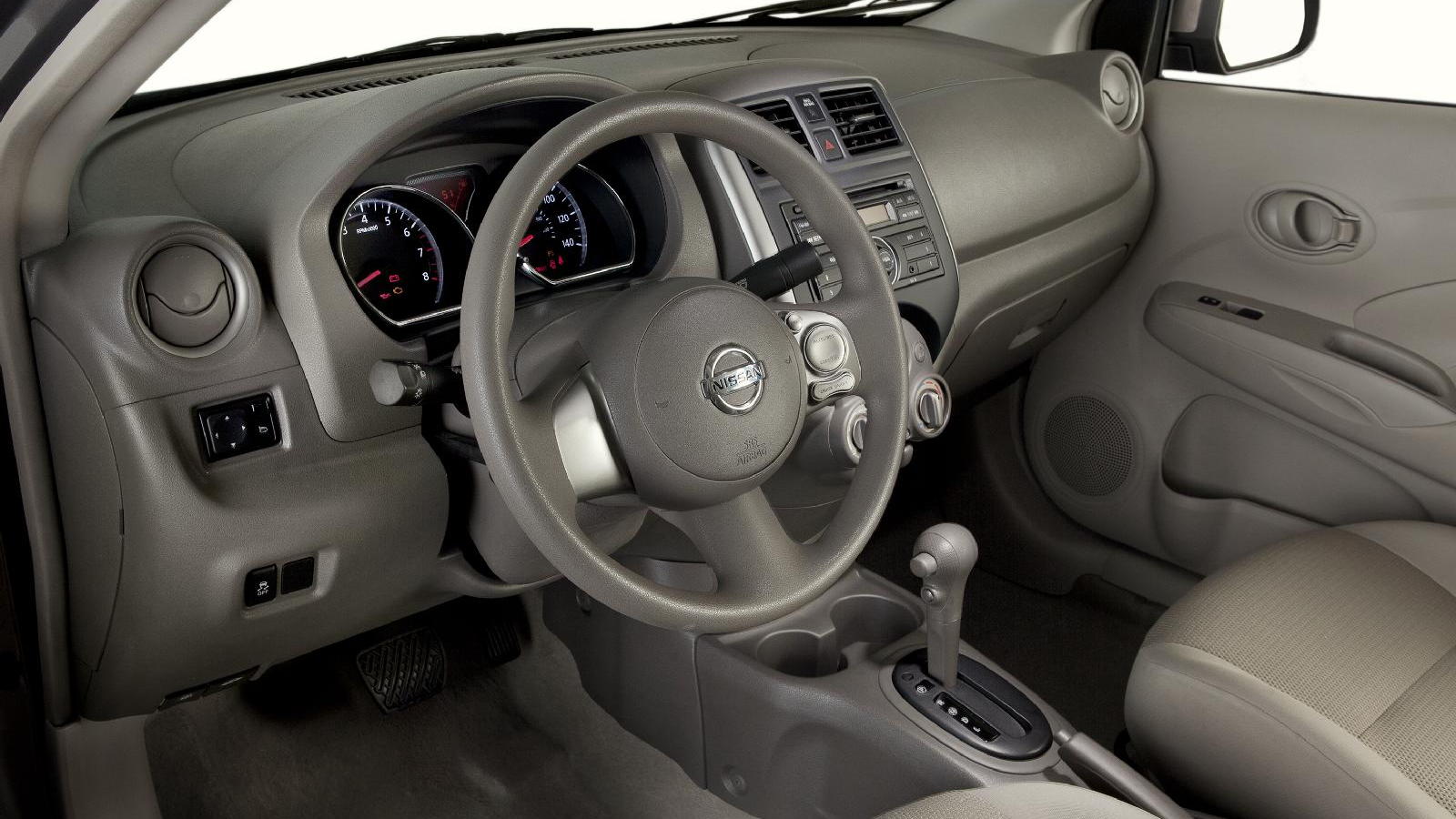 With gas prices approaching $4 a gallon and the effects of the recession still very much in evidence, a high-mileage, inexpensive compact car with better-than-average interior room sounds like an appealing offer.

That's what emerged at the New York Auto Show 10 days ago, as Nissan officially launched its 2012 Nissan Versa sedan.

It's an all-new car that replaces the aging, boxy Versa sedan that debuted for the 2007 model year. And its rear legroom in particular is unusually ample for a sedan that just barely squeaks into the subcompact designation, as measured by interior volume.

Nissan proudly trumpets that the 2012 Versa sedan, in fact, has more rear-seat legroom than either the BMW 5-Series or the Lexus LS 460.

Whether subcompact sedans, often used as commuter cars, actually carry many rear-seat passengers in the U.S. is a different question, but it's nice to know it's there.

In the video below, we walk around the 2012 Versa on its turntable, show the interior room and the dashboard, and discuss its prospects in the U.S. market.

The 2012 Nissan Versa is fitted with a 109-horsepower, 1.6-liter four-cylinder engine mated to either a continuously variable transmission (CVT) or a five-speed manual gearbox.

The company says the 2012 Versa is expected to achieve EPA ratings of 30 mpg city, 37 mpg highway, for a combined rating of 33 mpg, when fitted with the CVT. The five-speed model will come in lower, at 27 city, 36 highway, 30 mpg combined.

Buyers can decide for themselves whether Nissan's 37 mpg highway rating is sufficiently close to the magical 40-mpg gas-mileage marketing mark to be deemed "fuel efficient," though its 33-mpg combined rating is solidly competitive with its newest competitors with the best fuel economy numbers.

The new 2012 Versa sedan will arrive at dealers this summer with a starting price of $10,990 plus destination fees. The base "S" model offers a choice of the five-speed manual or the CVT; the higher-spec SV and SL models come only with the CVT.

For the record, we'll also see the official U.S. unveiling of a hatchback model of the new Versa later this year, to join the sedan and complete the Versa lineup.

That new 2012 Versa hatchback debuted at the Shanghai auto show as the Tiida, a model name used elsewhere in the world. Its styling is more distinct from the sedan than in previous Versa generations.

For more details on the brand-new 2012 Nissan Versa sedan, see our full preview on TheCarConnection.