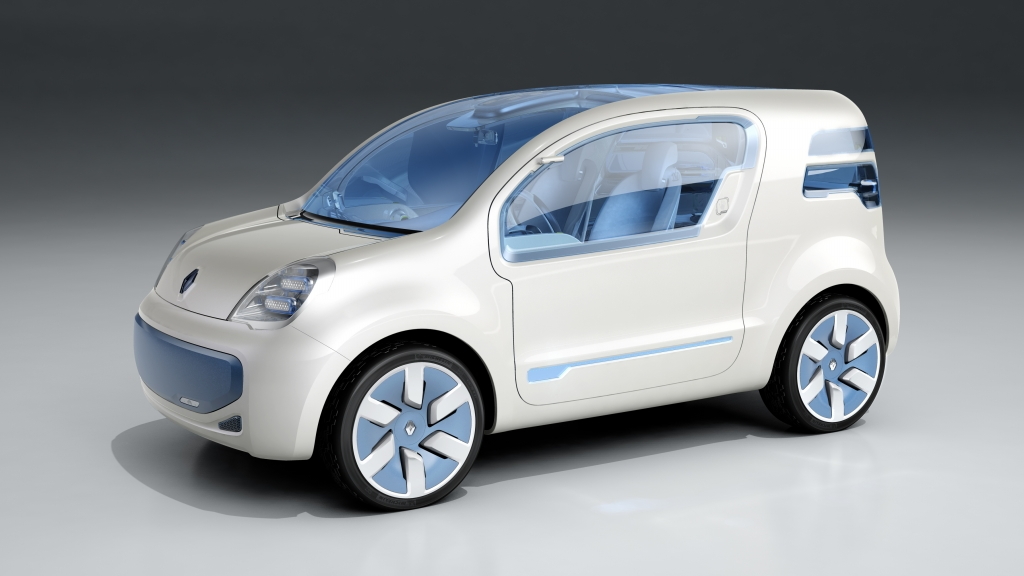 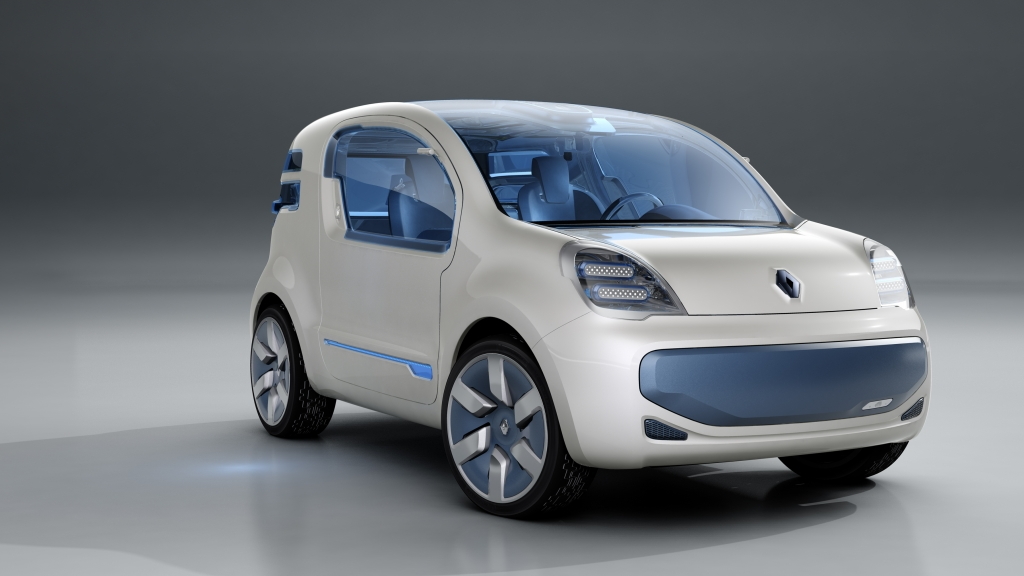 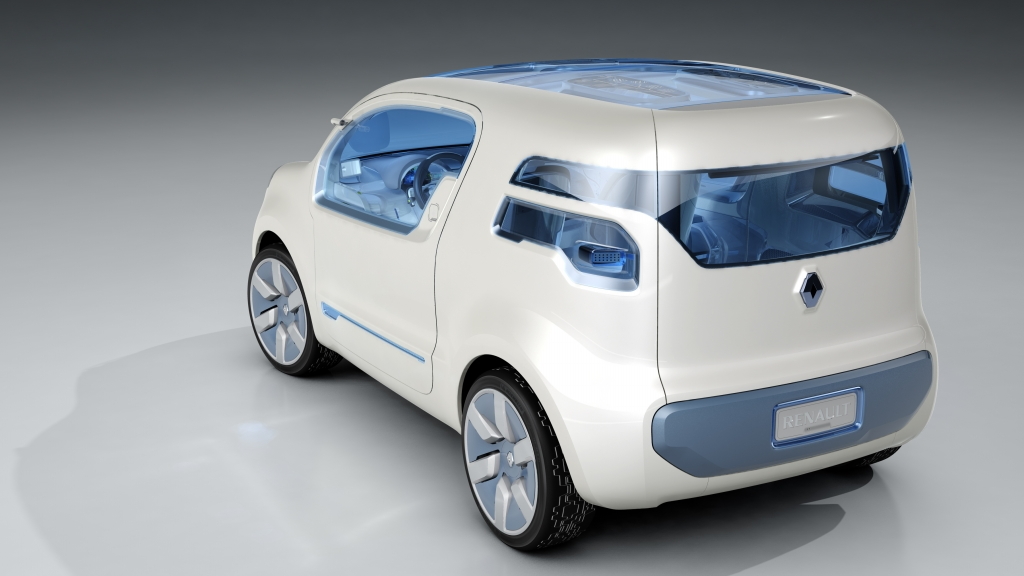 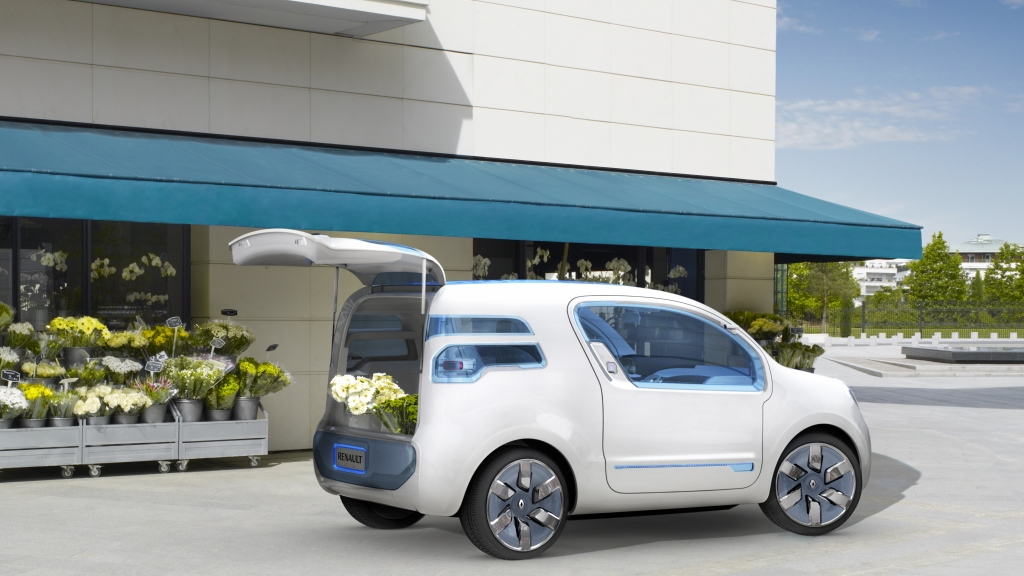 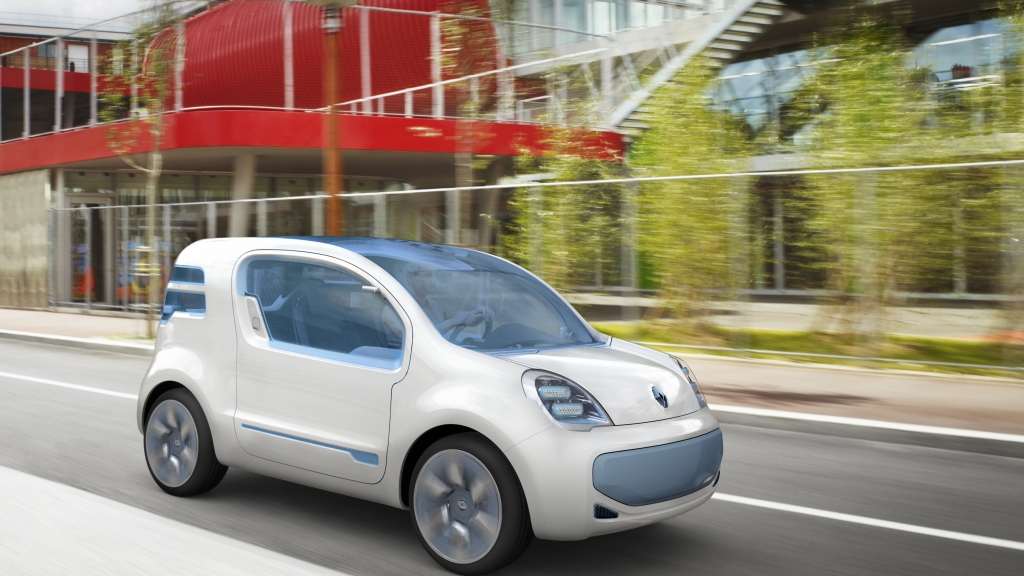 With the debut of four concept EVs at the Frankfurt Motor Show, Renault has certainly made a mark.  Among the four vehicles revealed, the Kangoo Bebop ZE EV will and the Fluence ZE are both scheduled for production.  The Kangoo should be release in Europe in 2011 with a worldwide introduction to follow.

The restyled Kangoo goes from a slab sided delivery van appearance, to a more modern, curvacious design.  Renault belives that the Kangoo EV will revolutionize delivery service throughout Europe and if successful possibly across the globe.

The Kangoo has been displayed previously, but the new look made its first appearance in Frankfurt earlier this week.  The main competitor to the Kangoo EV in Europe is the electric version of Ford's Tranist Connect, a small delivery van which will also be available stateside soon.  This decision by Ford to bring the Transit Connect EV to the U.S. could entice Renault to bring its Kangoo to our shores sooner than the planned release of 2012

Renault states that the Kangoo ZE is "the forerunner in an electric van for fleet and business use."

The Kangoo is outfitted with a 70kW / 90 hp electric motor that outputs 226 nm of torque.  Measuring in at only 3.95 meters in length, the Kangoo is definitely on the small side for delivery service.  On the concept vehicle, the paint and bodywork features heat reflective surfaces to reduce interior temperatures and ease the load on the battery powered climate control system.

On the inside, the Kangoo features an interface system that provides information regarding the locations of the nearest charging stations.  This information is sent directly to the consumers cell phone which can sit in a slot on the dashboard.

The dash is divided into two separate areas.  One areas shows information regarding the state of charge for the battery system and other information pertaining to the electric motor.  The other dash area contains a touchpad to enter data into the vehicle's system.

The Kangoo, like most other EVs, offers several charging options.  A standard 230 volt outlet can charge the vehicle in 4 to 8 hours while the built in fast charging capability allows the battery to be charged to 80 % capacity in just 20 minutes.

It is unclear whether or not Renault will release the Kangoo ZE based directly on the concept displayed.  With production a little over a year away, many changes could be made to the final product.  The Kangoo EV has been discussed for well over a year now and Renault has worked hard to tailor both the appearance and tweak the powertrain of the finalized product.  Additional changes could be on the way.