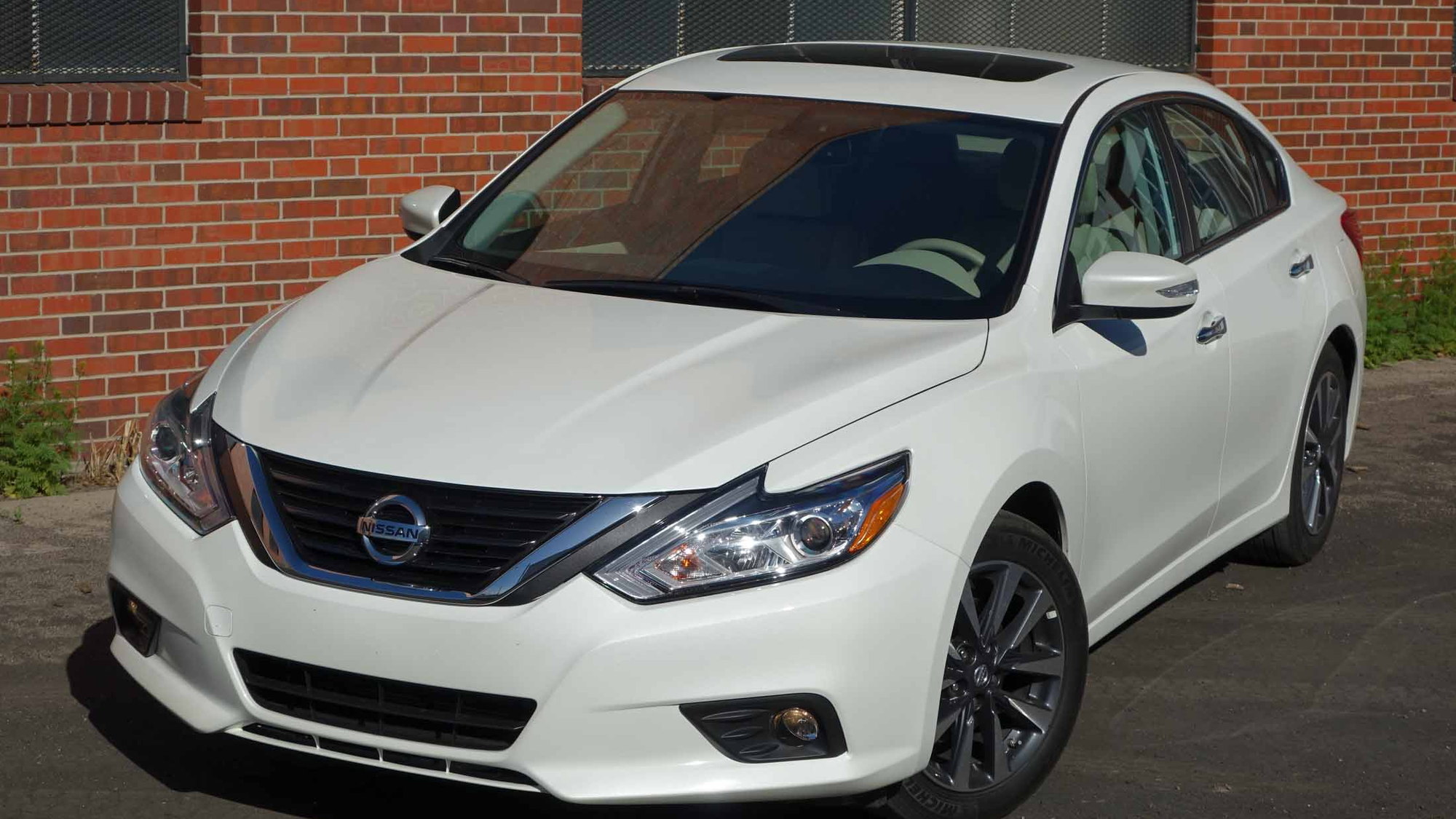 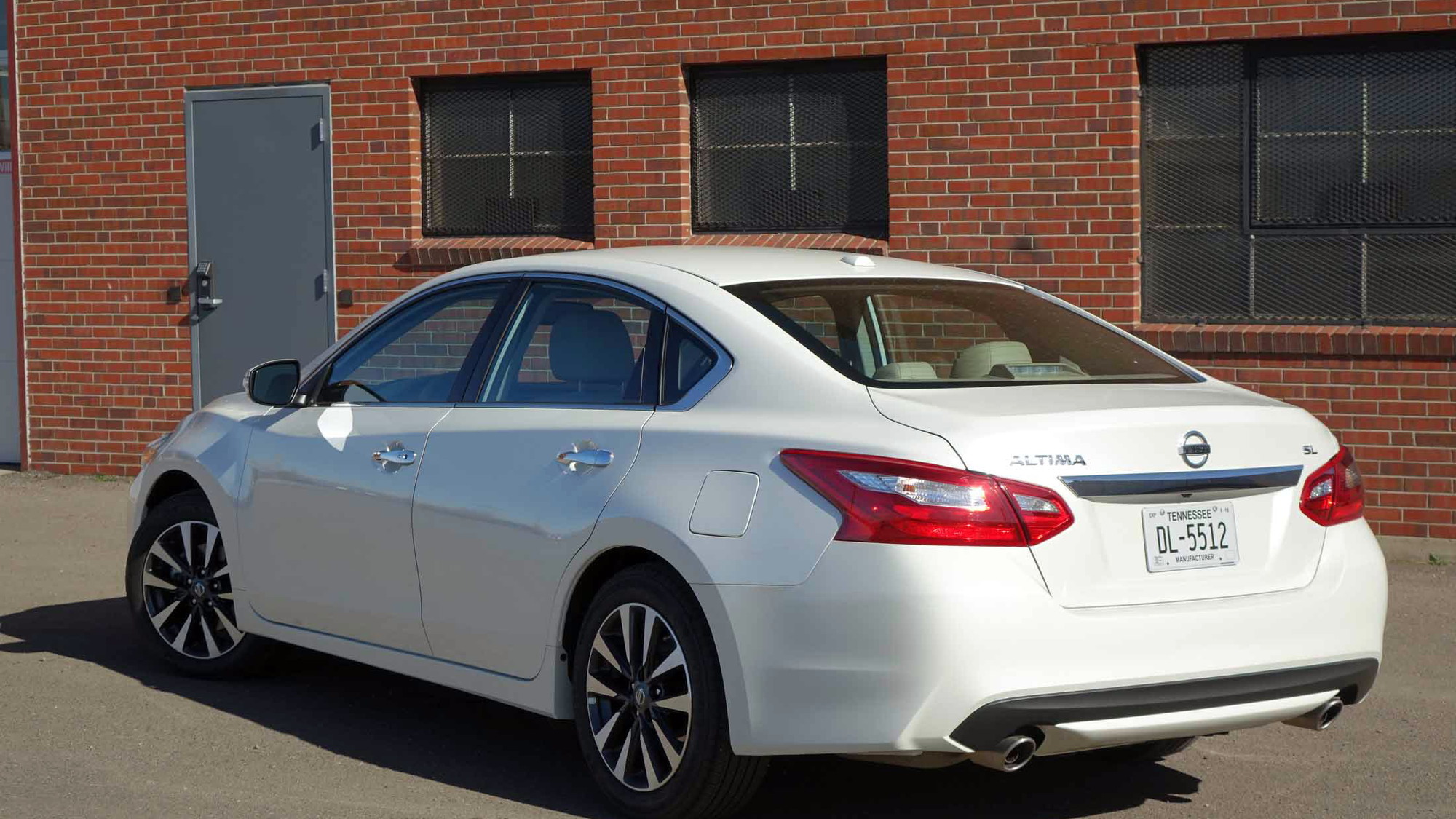 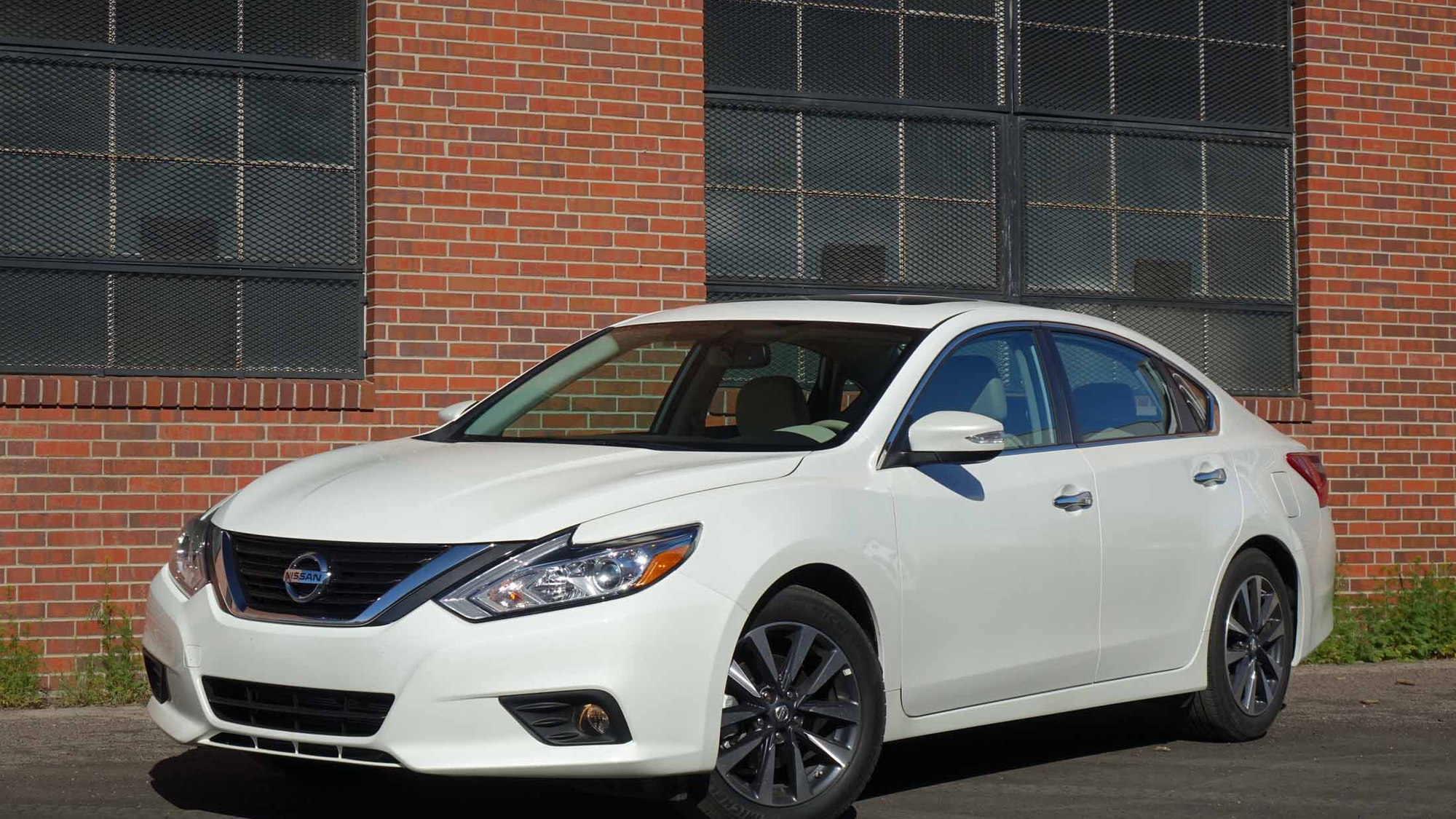 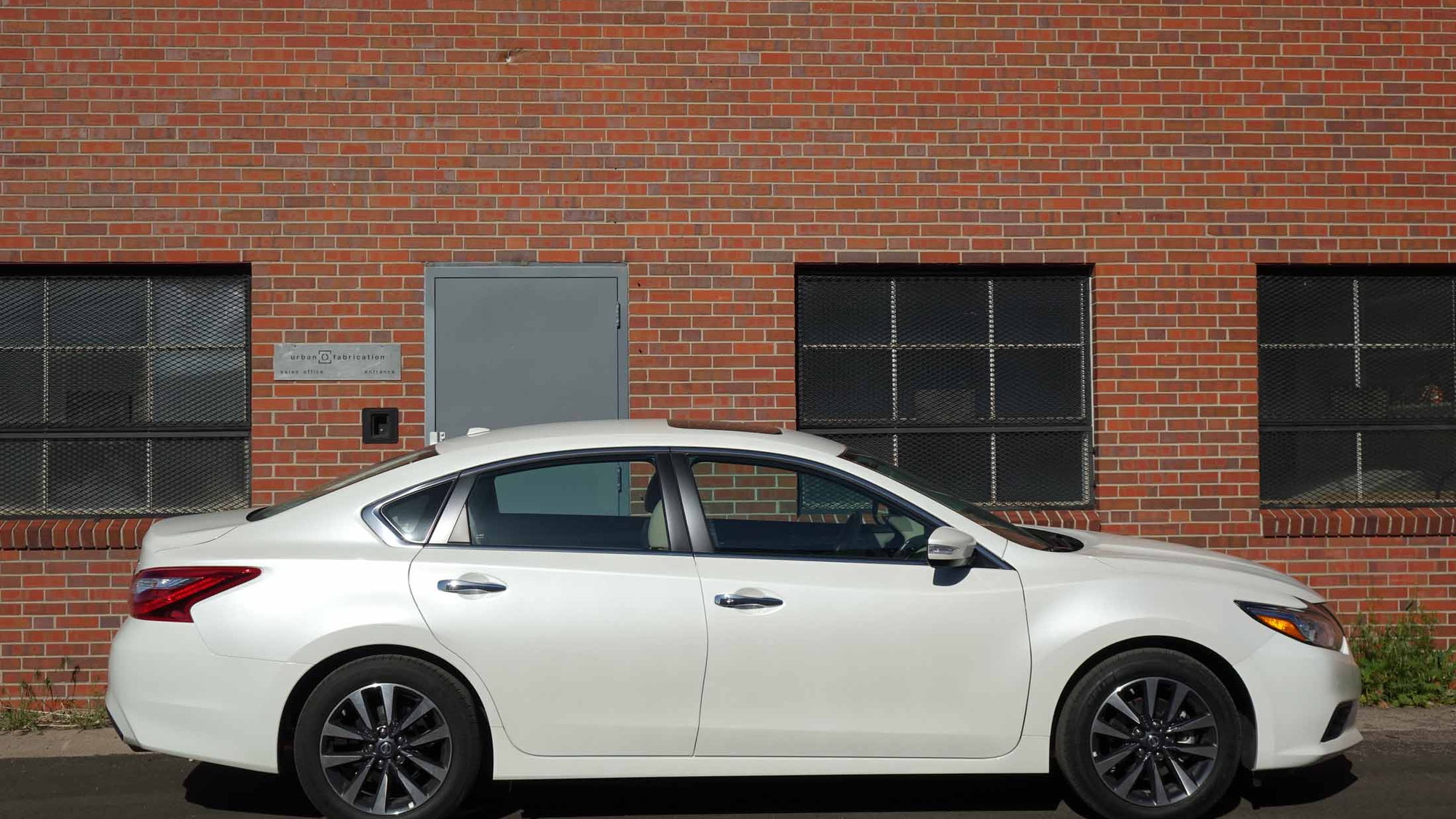 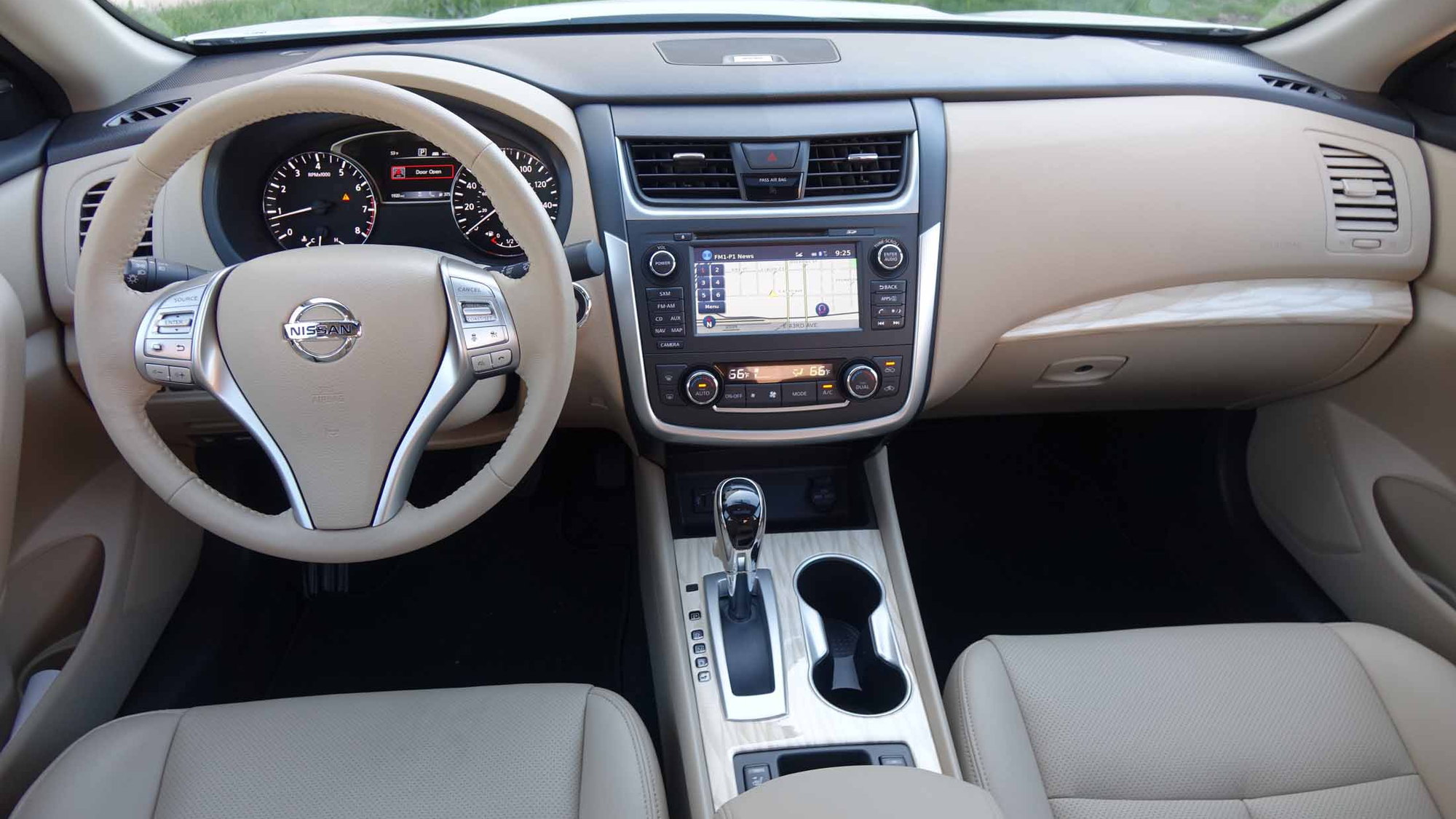 Nissan made big waves a few years ago when it introduced its then-new 2013 Altima.

On the side of a barn not too far from its Franklin, Tennessee, headquarters, the automaker painted "38 mpg"—referring not to its combined EPA rating, but its highway number.

And then it took a bunch of pictures of the 2013 Altima in front of the barn.

We’re not sure what that barn looks like today, but it just became outdated.

That’s because the 2016 Altima, a relatively mild refresh, is now rated at 39 mpg highway.

You can’t buy a midsize sedan with a higher fuel economy rating unless you opt for either a hybrid or a Mazda6 with the company’s costly i-ELOOP regenerative braking.

To squeeze out that extra 1 mpg, Nissan focused on aerodynamics rather than adding more powertrain technology.

The company’s engineers say they have dropped the car’s drag coefficient to just 0.26 Cd (down from 0.29, now identical to that of the GT-R sport coupe).

To get there, stylists revised the car’s front fascia and hood, although you might not immediately notice the aero effects given the change in grille shape.

Then the engineers added underbody aero coverings, along active grille shutters that close off the lower inlet at higher speeds.

Additionally, the engine team made some internal changes to the 2.5-liter 4-cylinder to reduce internal friction.

Output is still rated at 182 horsepower, while torque remains 180 pound-feet.

A carryover 3.5-liter V-6 is optional, but it's only offered in two trim levels and it makes up only a small percentage of Altima sales.

Other updates for 2016 include a laminated windshield to reduce road noise, some suspension changes, new tire specifications, and revised interior trim.

A new SR trim level is offered with either engine and it adds sportier suspension and steering tuning.

You’ll get the same equipment for about $1,000 less on a Honda Accord EX-L, but a similarly-optioned Toyota Camry XLE costs roughly the same.

Snow Belt residents can save $2,000 and get standard all-wheel-drive with a Subaru Legacy 2.5i Limited.

The updates give the Altima a more Maxima-inspired look outside that remains conservative and tasteful, if decidedly vanilla.

Step aboard and things are mostly the same as before, which means that the Altima’s optional navigation system feels a bit dated but there is plenty of interior room for five people to stretch out.

Our test car was including an optional $1,700 package that bundled various radar bits like automatic low-speed braking and adaptive cruise control.

It lacked a feature to nudge it back into a lane should the driver inadvertently drift out, however, a system that many rivals now offer.

It's drivability where the Altima changes the most. Other than the SR, all Altimas have the same suspension and steering tuning.

Our SL tester soaked up small bumps with aplomb, to the point that it could have been a luxury car, but it wallowed and felt a little unsettled over crests on the highway.

A sporty sedan the Altima 2.5SL is not. Its steering is light and direct but offers up nothing in the way of feel. That soft ride endows it with substantial body lean in corners.

Rivals like the Honda and Subaru, let alone the Miata-like Mazda6, deliver a similarly high-quality ride without feeling totally confused on a curvy road.

Despite its lack of canyon-carving ability, the Altima was a quiet and exceptionally comfortable highway cruiser.

And, as it turns out, it sips regular unleaded. We averaged a tick below 40 mpg on a 65-mile highway jaunt.

More city driving pushed that figure down to an overall average of 30.6 mpg, as indicated on the Altima's trip computer.

Our urban average, meanwhile, checked in at 25.1 mpg, mostly because the Altima needed a good kick from the driver's right foot to get up and go—although that may be due more in part to this driver’s 5,280-foot elevation.

It may not be an exciting ride, but the Altima is certainly one of the more comfortable ways to hit nearly 40 mpg on the highway without breaking into the more costly and complex world of hybrids.