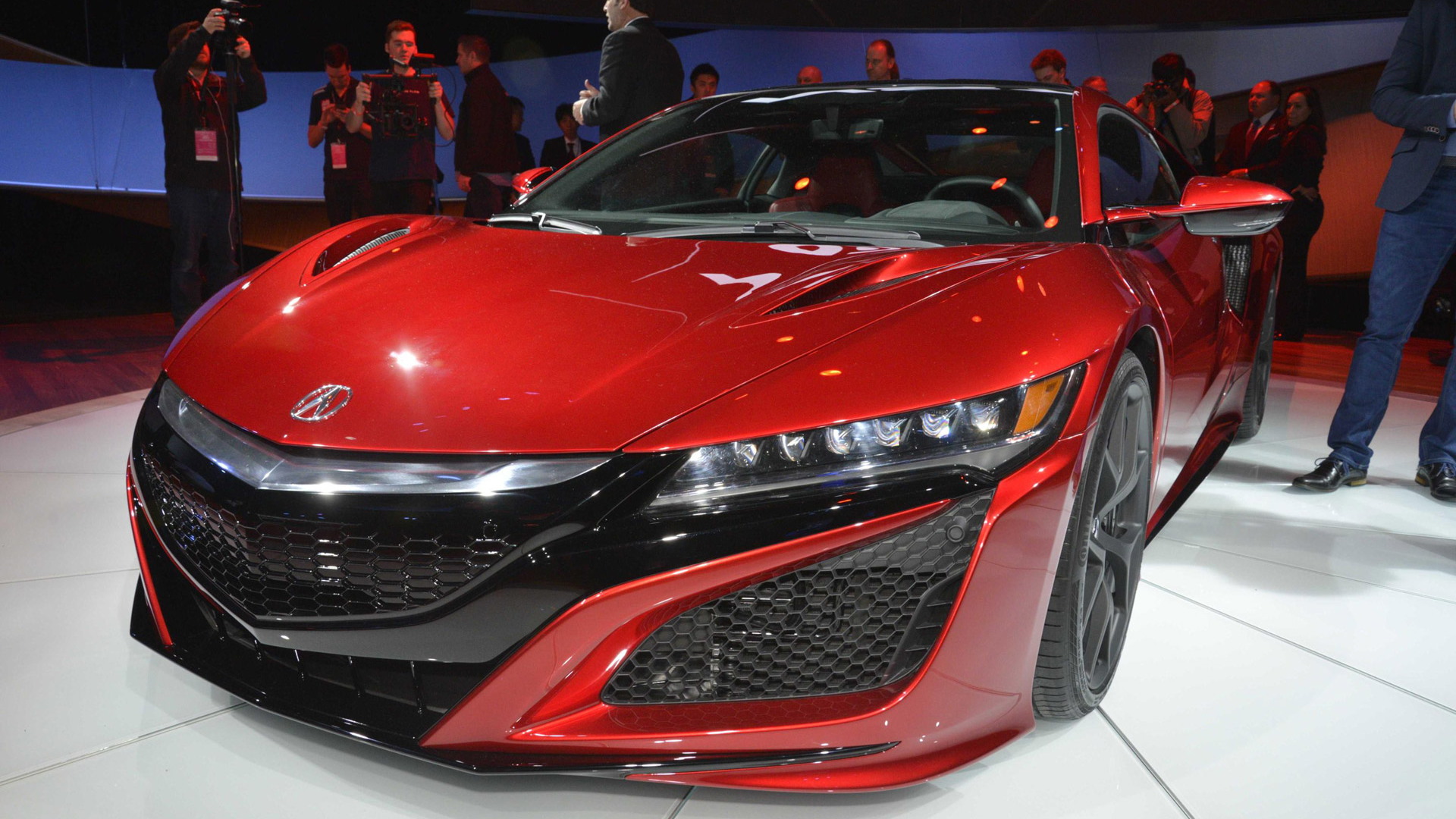 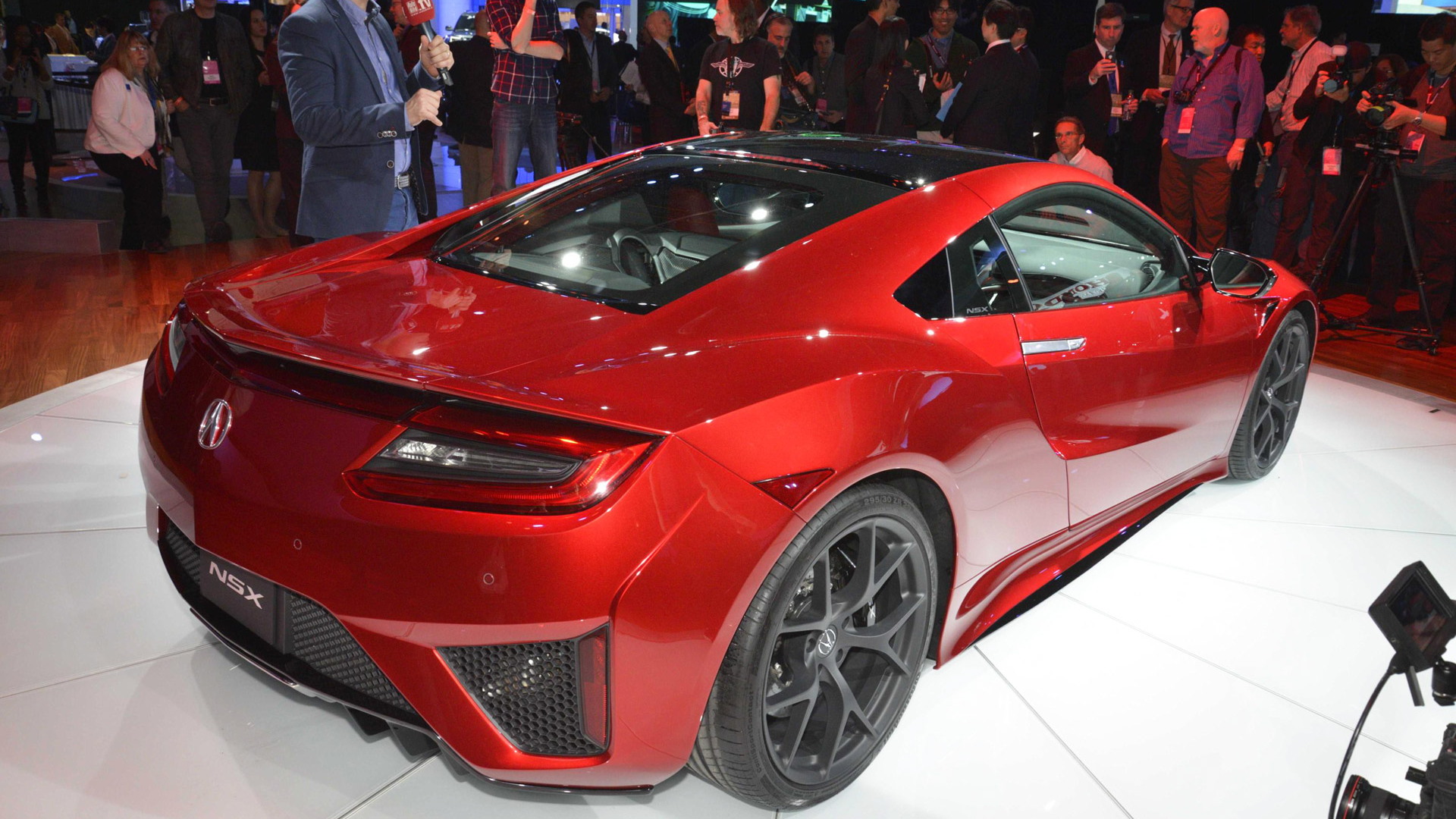 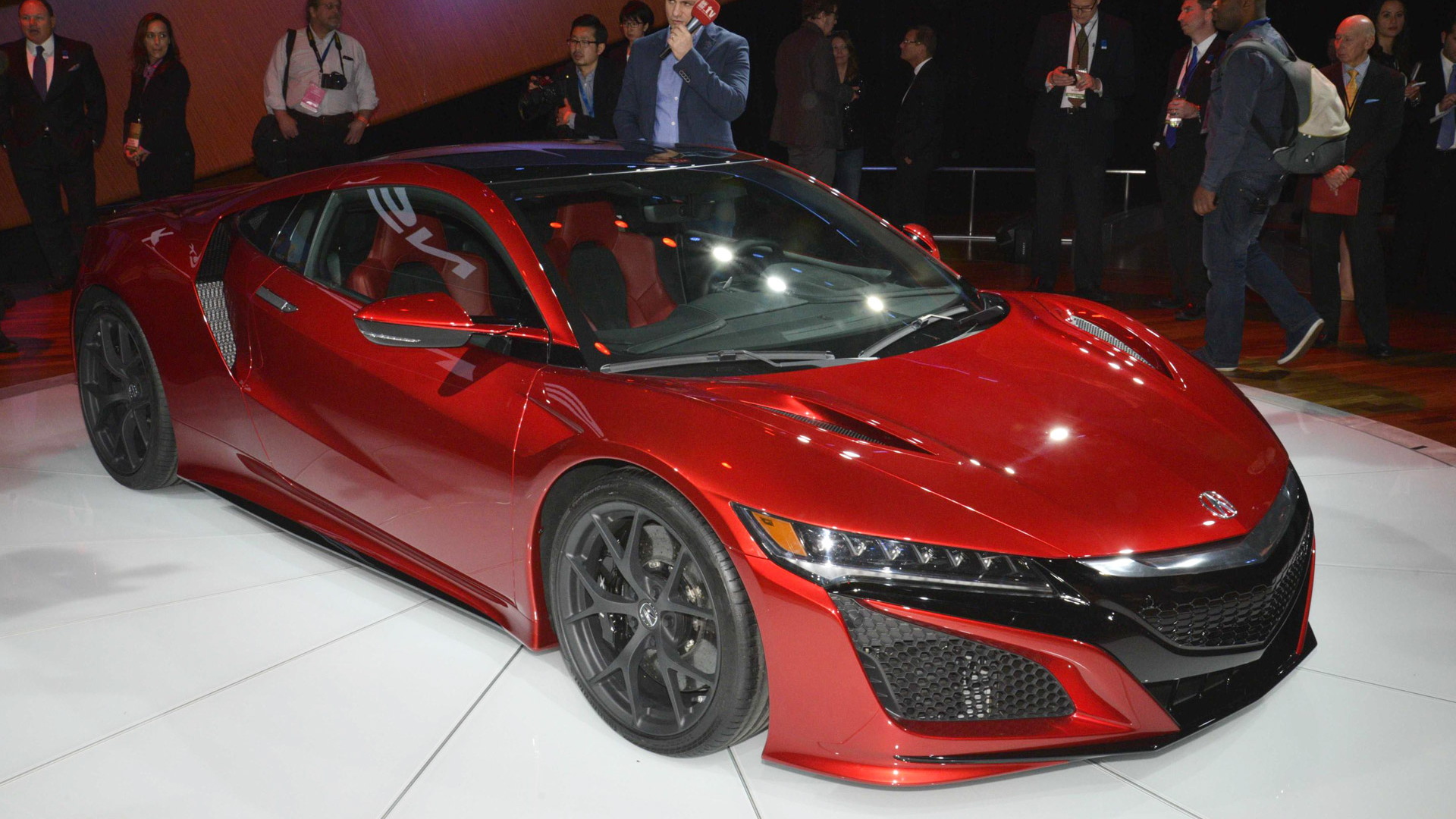 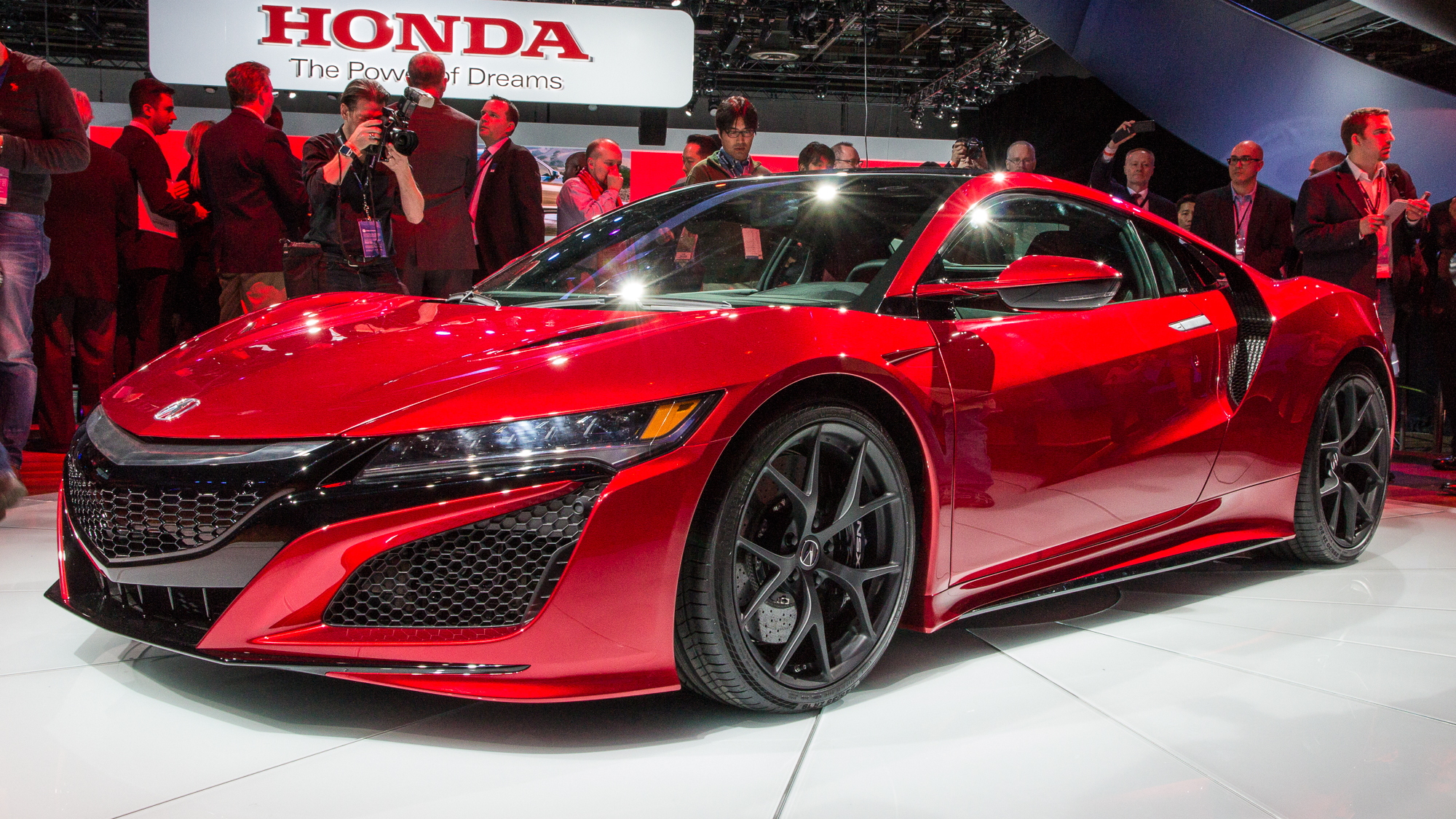 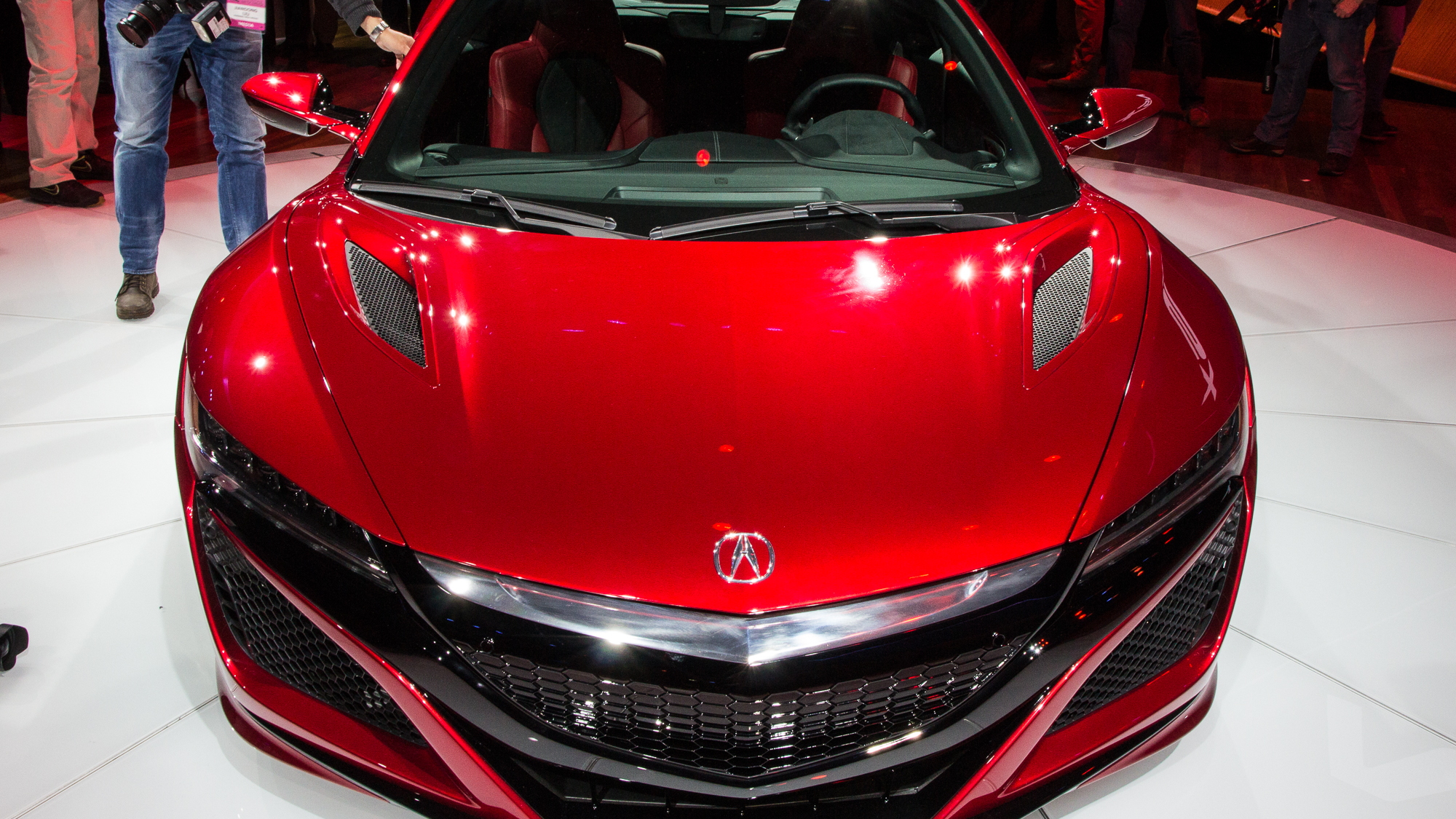 The 2015 Detroit Auto Show saw the return of a fan-favorite supercar, with a new twist.

First shown as a concept way back in 2012, the 2016 Acura NSX arrives with a hybrid all-wheel drive powertrain.

The first-generation Acura (or Honda, in most parts of the world) NSX has become a cult classic among enthusiasts, but this model shares little more than a name and a mid-engined layout with its predecessor.

The powertrain consists of a twin-turbocharged V-6 engine mated to a nine-speed, dual-clutch transmission, and three electric motors.

One of the motors is mounted between the engine and transmission to help power the rear wheels, as well as as to provide some degree of engine braking and to further smooth out the transmission's shifts.

The other two motors power the front wheels, giving the NSX all-wheel drive. They can also vector torque between the left and right front wheels, improving handling.

Acura hasn't released any power output, performance, or fuel-economy figures. Those will presumably have to wait until closer to the NSX's launch.

With the instant torque of the electric motors helping to get the car off the line, it should be an entertaining ride, though.

The NSX's styling should look familiar by now. While Acura has made some changes--including lengthening the car after a decision to switch to a longitudinally-mounted engine--the production model closely resembles the concept version first shown in 2012.

The body panels are constructed from aluminum and Sheet Molding Compound (SMC), while the chassis is made largely from aluminum and high-strength steel, with a carbon-fiber floor for added torsional rigidity and weight savings.

Like many modern performance cars, there's a choice of multiple driving modes, including electric-only Quiet, Sport, Sport+, and Track.

ALSO SEE: 2018 Chevrolet Bolt Electric Car: What It Is & Isn't, What It Means For Tesla

The emphasis here is clearly on performance, but the NSX's hybrid powertrain should at least make that performance less inefficient.

The 2016 Acura NSX will be built at the new Performance Manufacturing Center in Marysville, Ohio, near an existing Honda plant. About 100 hand-picked technicians will be assigned to work on the car.

For more new-car debuts and concept vehicles from this week's event, head over to our 2015 Detroit Auto Show news page.