Remember the Progressive Insurance Automotive X-Prize -- the $10 million prize to find the next big thing in green transportation?

While the X-Prize -- not to mention many of the companies who took part -- have long been forgotten, one of the competition winners wants you to know its revolutionary two-wheeler is entering production.

As the folks over at Autobloggreen report, the strange fully-enclosed motorcycle will soon be available to buy.

According to company CEO Roger Riedener, the retail version of the E-Tracer -- now called the Monotracer MTE-150 -- has a powerful 150 kilowatt drive system that is not only efficient, but fast.

Range, if driven (or should that be ridden?) conservatively should easily exceed 200 miles on a single charge of the MTE-150’s 20 kilowatt-hour battery pack, while acceleration from 0-60 happens “in well under 5 seconds”. 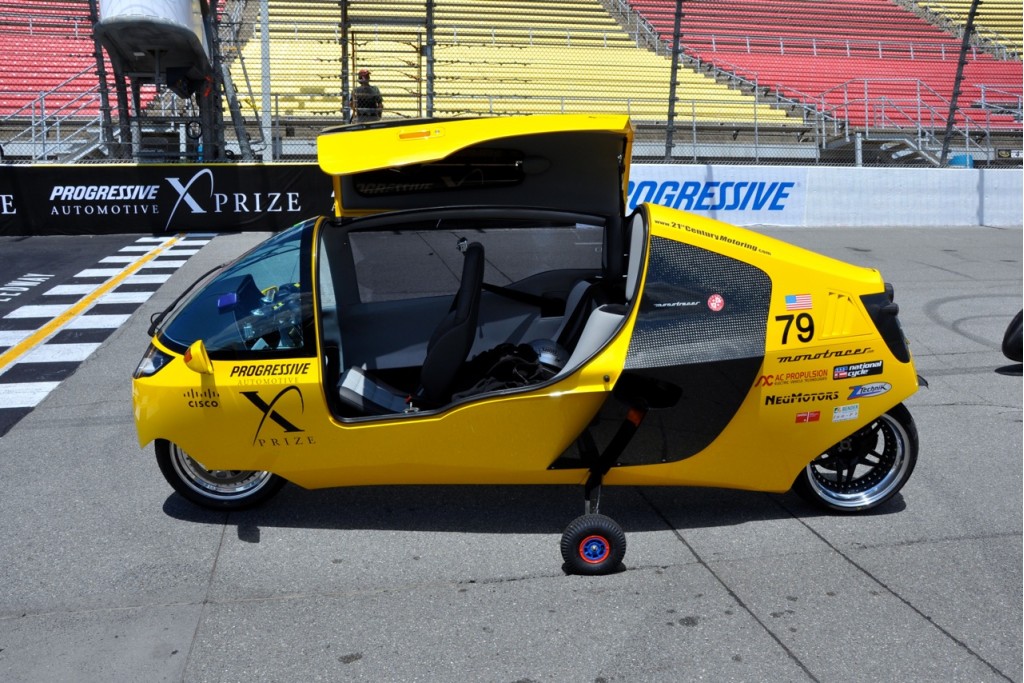 Fuel economy, measured in Miles-Per-Gallon Equivalent (MPGe), ranges from 350MPGe up to an astonishing 550 MPGe, depending on how quickly it is traveling.

The MTE-150’s amazing fuel economy lies in its enclosed design, which eliminates most of the drag that a traditional motorcycle suffers .

There are other benefits too. Unlike a conventional motorcycle, the MTE-150 has a full-sized car seat, 3-point seatbelt and enough storage for a small suitcase.

It even has room for a 6 foot tall passenger, who rides behind the driver.

But its motorcycle handlebars and unconventional handling characteristics mean it the MTE-150 is unlikely to be a mainstream vehicle.

There’s also no mention of cost on the official Monotracer website, which we think equates to more than we’d like to guess.

We still want a ride though. How about you?