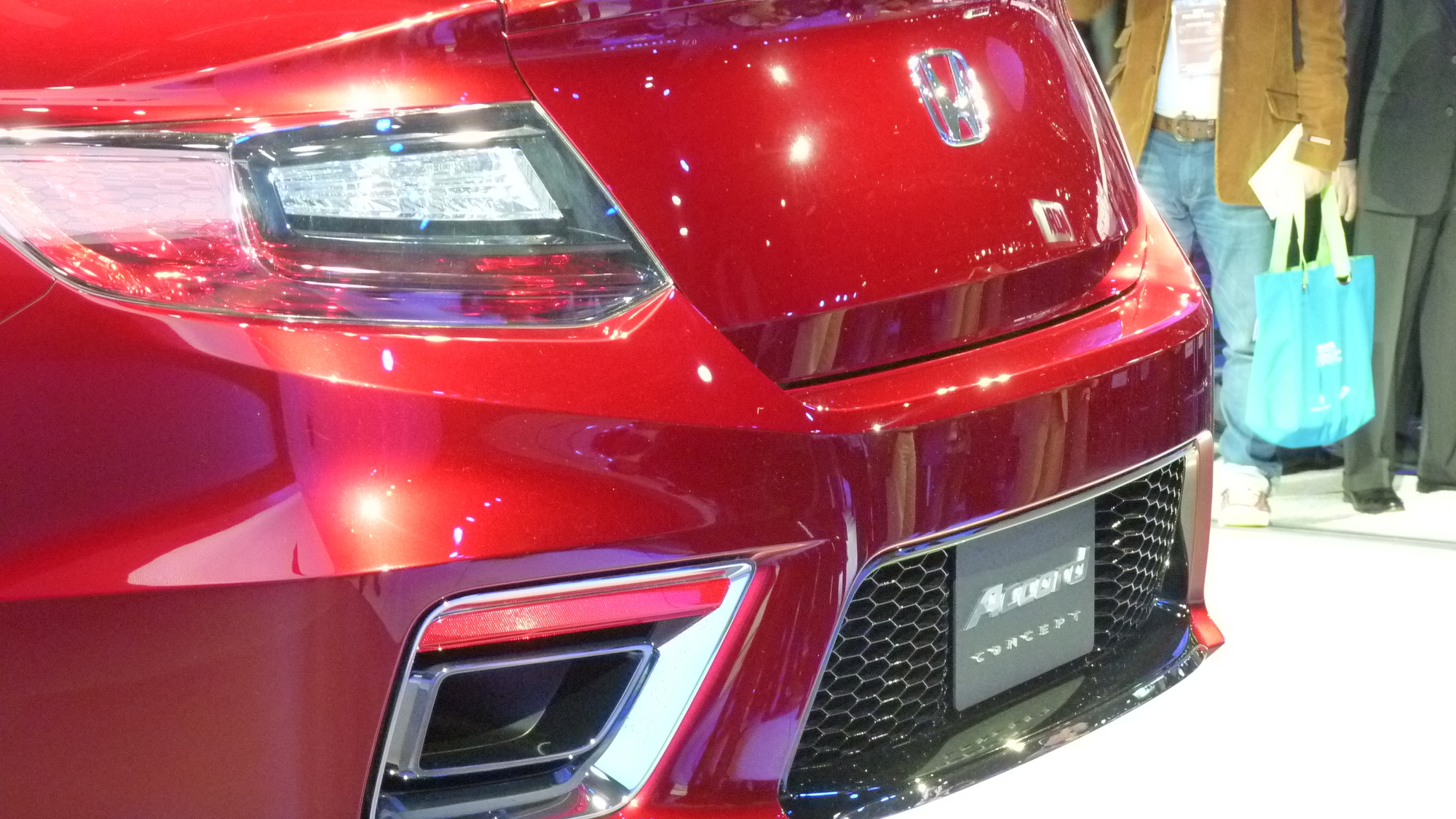 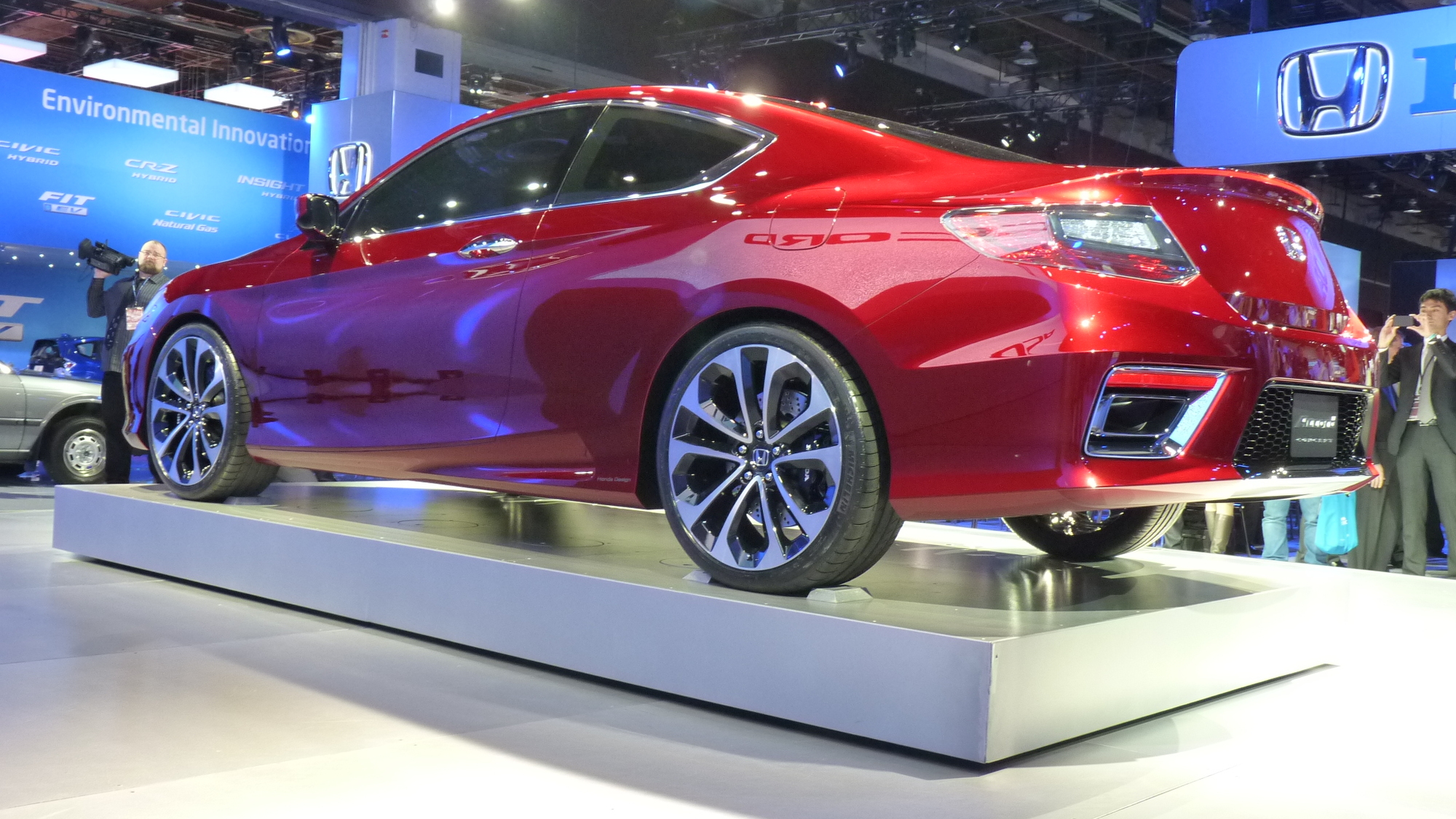 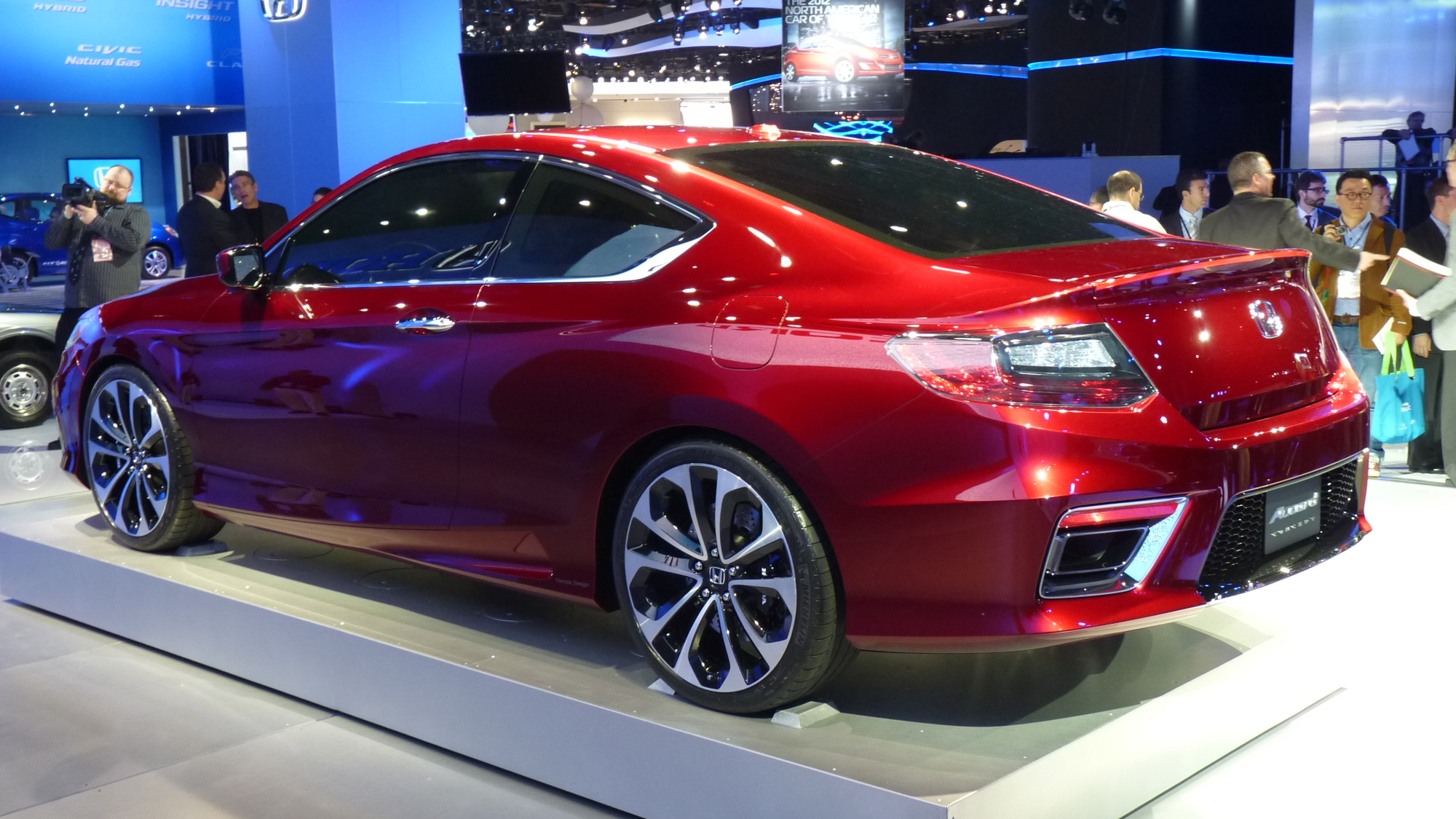 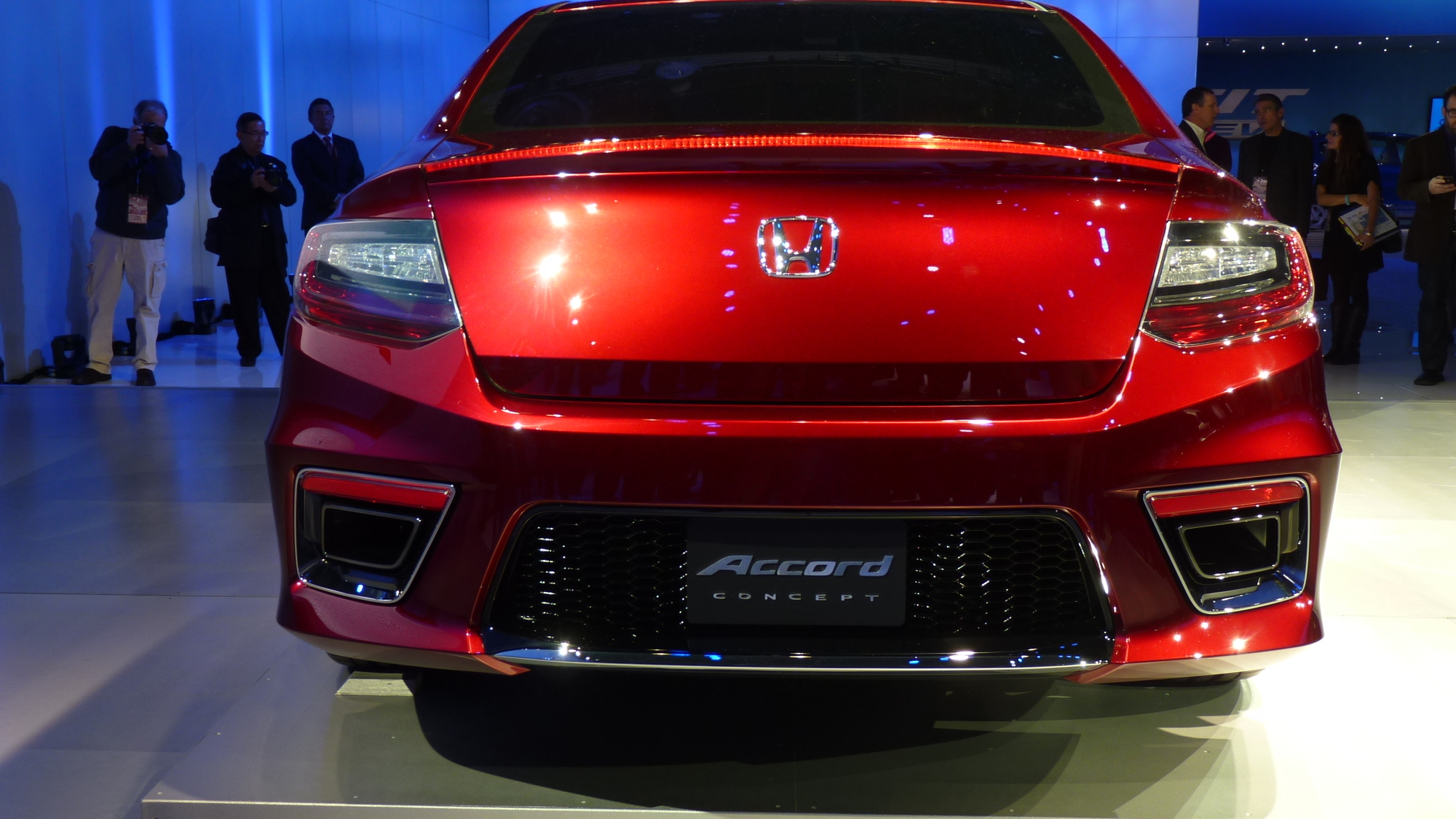 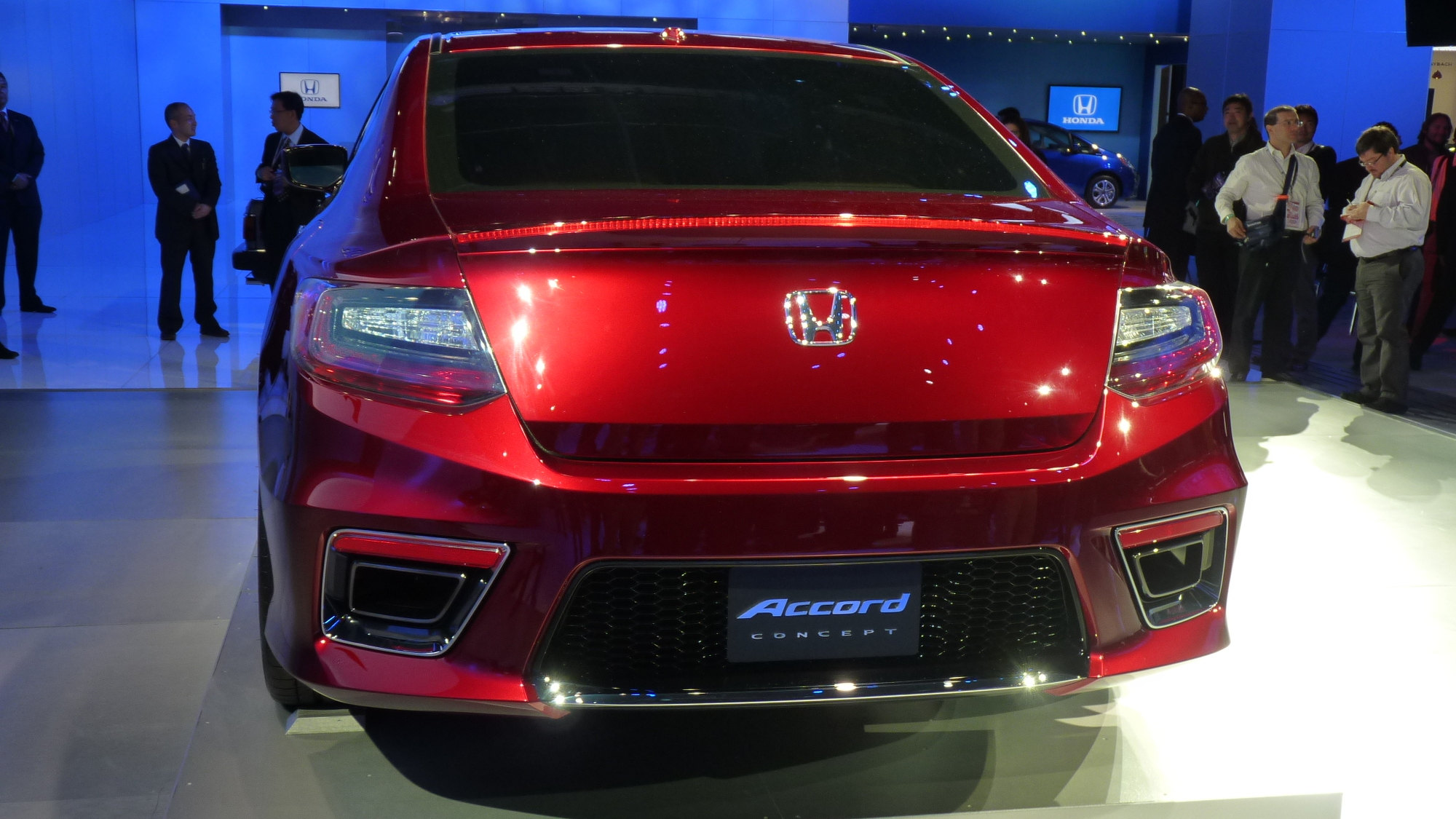 16
photos
At the 2012 Detroit auto show, Honda has given us a first glimpse of the next-generation, 2013 Honda Accord—in Coupe form—as well as an outline of the technology and features that will debut in the next-generation of its best-selling Sedan and Coupe. And most noteworthy for green-car shoppers, the Honda Accord Hybrid will be back, with plug-in capability.

This time around, high gas-mileage numbers are the focus of the Accord Hybrid, which will pair a stronger twin-electric-motor system with a direct-injection, 2.0-liter Atkinson-cycle four-cylinder engine. The hybrid system has three distinct modes of operation, including a highway mode that lets the gasoline engine run in direct-drive mode.

All Accord Hybrid models will also have plug-in capability, which allows an all-electric driving range of 10 to 15 miles in city driving, with a top speed of 62 mph. According to Honda, the battery recharges in less than four hours with a standard 120-volt household socket or 1.5 hours with a 240-volt charger.

For the rest of the lineup, Honda is introducing its so-called ‘Earth Dreams’ powertrain lineup, which includes direct-injection versions of that four—making 181 horsepower—and a ‘reengineered’ SOHC 3.5-liter V-6. Transmissions will include a six-speed manual or six-speed automatic, and those with the automatic will get Variable Cylinder Management (VCM) technology to help save fuel.

Again, the Honda Accord Coupe will have a footprint that’s several inches shorter than that of the Accord Sedan. The combination of more aggressive stance, combined with a softer upper-body appearance give the Accord Coupe Concept the look of a serious sports coupe from some angles, crossed with the flavor of a luxury touring coupe as seen through many of the fine details. Its stance is aided by the 20-inch, machine-finished five-spoke wheels, and sweeping rear lights.

Honda also plans to install several important safety features in the Accord that are currently offered only in Acura models—including new camera-based Lane Departure Warning and Forward Collision Warning systems. There’s also a camera-based LaneWatch blind-spot display, and all Accord models will get an Expanded View Driver’s Mirror like the one installed in the new 2012 Honda CR-V.