When it comes to electric motorcycles, Brammo Inc. has a lot to live up to. Winner of the first two races of the 2011 TTXGP North American Series and lap-record holder at the Infineon Raceway, the Oregon-based firm can certainly make electric motorcycles which go fast.

But while the world of motorcycle racing often influences new road-going motorcycle design, can Brammo’s 2011 incarnation of its first ever electric motorcycle -- the Brammo Enertia -- cope in the real-world of urban commuting?

Starting at $7,995 before federal and state incentives, the 2011 Brammo Enertia is squarely aimed at commuters looking to ditch their cars and commute to work on something smaller and quicker.

It’s this primary target demographic that’s responsible for the Enertia’s design. A mix of scooter chic and reliable commuting workhorse, the Enertia combines an upright riding position with sweeping seat, forward toe-pegs and a splash of color thanks to one of four different body panel color options. 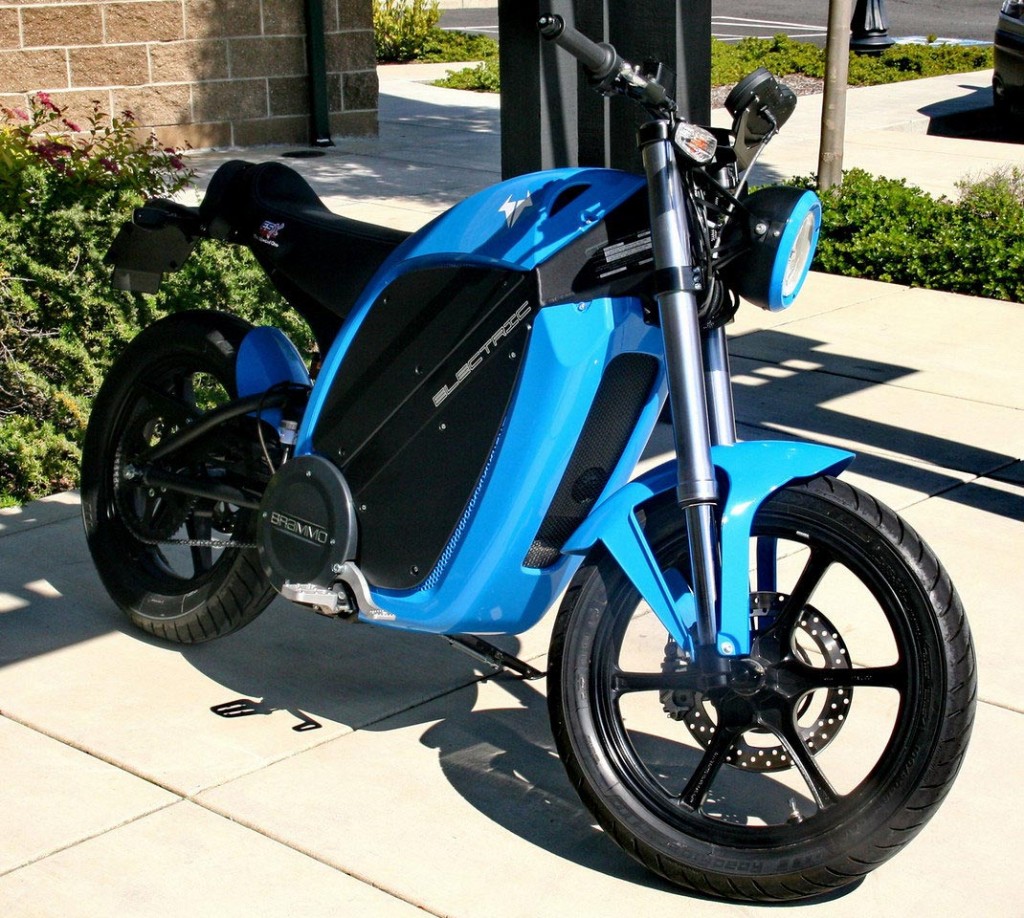 Weighing in at 324 pounds, the 2011 Brammo Enertia feels very much like the 20-pound lighter gasoline-powered Yamaha YBR 250. With a similar size and seating position to Yamaha’s small-engined commuter, the Enertia gives a relaxed, upright riding position perfect for seeing what lies ahead of the car in-front.

Pull away from an intersection and the Enertia has enough torque to get ahead of most gasoline cars, but we found the soft-start power delivery -- designed to prevent pulling wheelies at every stop light -- was a little overprotective for experienced bikers.

When it comes to stopping, the powerful front brake is strong enough to bring the rear tire off the ground when used violently by a lightweight rider, while the rear brake provided smooth, reliable pressure to stop without causing a skid.

The 2011 Brammo Enertia has good road manners at speed, helped in part by very lightweight steering and a good center of gravity.

We found it easy to maneuver through the traffic of down-town San Francisco, coping with most of San Francisco’s hills. Uneven roads were crossed easily, thanks to excellent suspension.

But slow down, and we discovered the extremely limited steering lock on the 2011 Brammo Enertia impeded last-minute lane changes and low-speed maneuvers.

Given the Brammo Enertia’s key market, we think its limited steering movement spoils what is otherwise a very competent electric motorcycle.

The 2011 Brammo Enertia is the cheapest electric motorcycle on the market today.  With a top speed of around 60 mph, and an range of around 40 miles on mixed roads/ 20 miles on fast roads, it should provide most commuters with a weeks' worth of travel. For longer-distance trips, a larger battery pack is available in the $8,995 Enertia Plus -- giving between 40 and 80 miles of travel depending on how it is ridden.

Combining an electric drivetrain, scooter chic and traditional motorcycle driving manners, it  would make an ideal first electric motorcycle for a city dweller looking for a way of getting around a motorcycle-friendly city quickly and cleanly.

However, seasoned motorcyclists may find its acceleration and handling characteristics a little too tame to trade in a gasoline motorcycle for. Instead, we think it would make an excellent second motorcycle, giving riders of larger motorcycles a cleaner, cheaper way to get to work in the mornings, saving faster and more powerful gasoline motorcycles for the weekend.