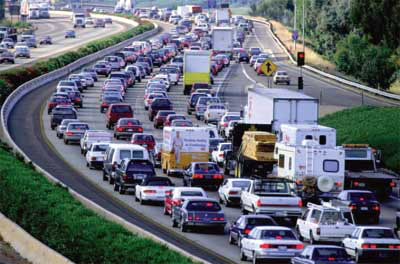 It's ironic that as the world becomes more interconnected, America is trying to become more independent.

Nowhere is that more obvious than in our energy policy, where we talk a lot about the dangers of depending on foreign oil and the importance of generating our own energy. A new bill moving through the California legislature offers a new way of creating that energy -- and it uses our cars to provide it.

The bill sets up a pilot program on California roads to study piezoelectric generation -- which in this case is a very fancy way of saying energy created from vibrations. The program would place sensors under California highways, which would capture vibrations created by automobiles and convert them to electricity. According to the bill's author, California Assemblyman Mike Gatto (D-Los Angeles), "A one-mile stretch of two-lane highway can generate enough power to power 500 homes for an entire year, or to power 120 electrical vehicles a day."

Gatto says that funds for projects like this have already been allotted as part of California's Alternative and Renewable Fuel and Vehicle Technology Program: "My bill takes existing money that was set aside years ago for creative projects just like this. It does not use any new tax dollars." The bill passed out of the Natural Resources Committee on a 6 to 1 vote last week, and it now heads to the Assembly Transportation Committee.

Of course, piezoelectric programs aren't anything new -- we've seen them installed at high-end hotels and fast food joints over the past few years. However, widespread deployment hasn't happened; Gatto's proposal could help determine whether such a roll-out is feasible or folly.

For a tad more info, here's a video clip from MSNBC: