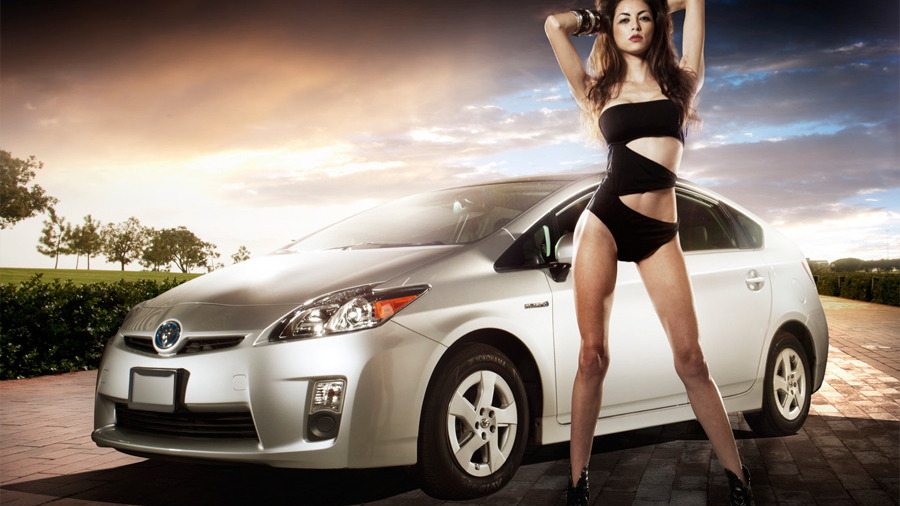 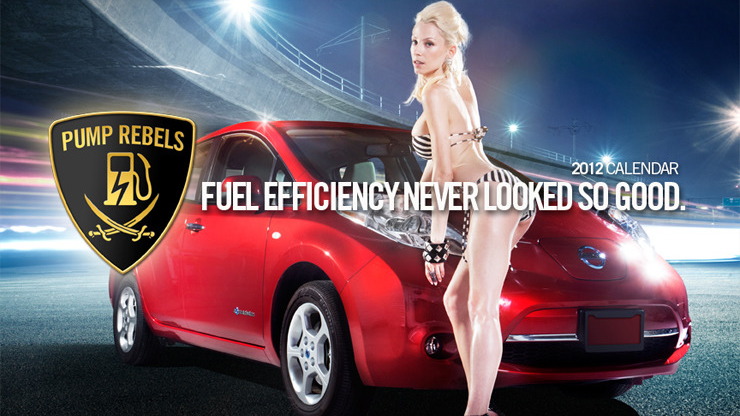 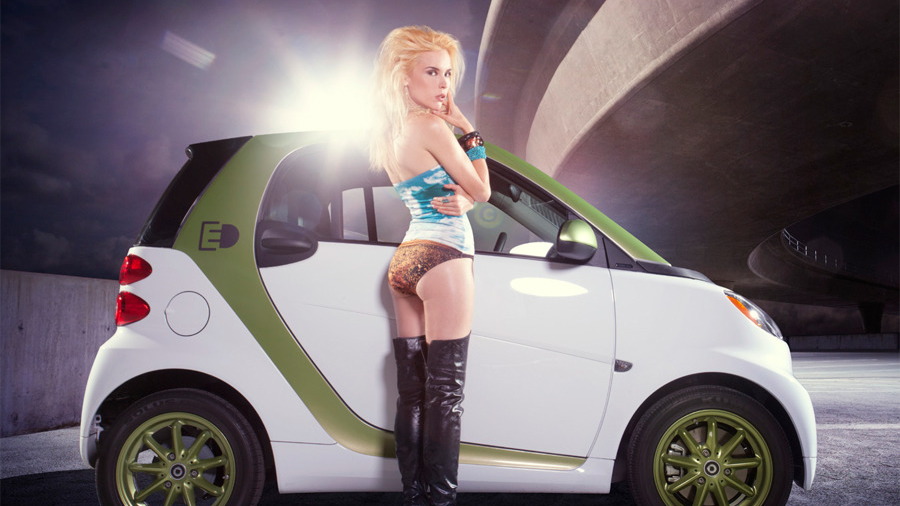 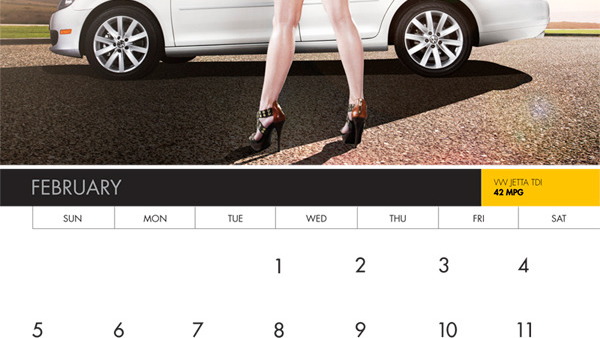 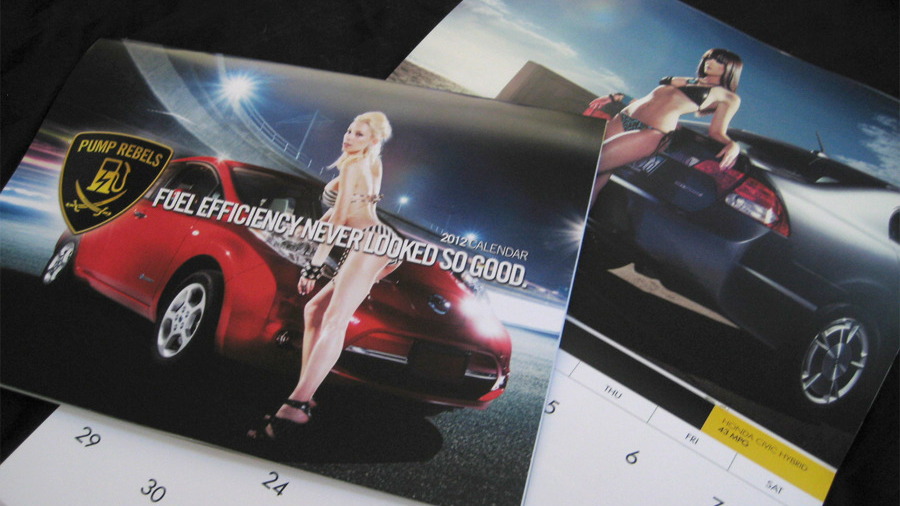 Have you ever bought a product solely because it was advertised by someone you find attractive? It's okay, you're among friends - you can tell us.

If you answered yes, then you'd better get saving for that energy-efficient vehicle, as a new yearly calendar called Pump Rebels (via the mynissanleaf forum) has draped a selection of scantily-clad ladies over twelve different fuel-efficient cars.

In their own words, Pump Rebels is about changing the image of fuel efficient cars... "Despite the cliché images of daisies, leaves, and fluffy clouds—fuel efficiency is bad-ass, and long overdue for an attitude update".

Can't argue with logic like that (we tried, but failed), so whether you prefer blonds or brunettes, lucious Leafs or sassy Smarts, there's a little something for all tastes.

One dollar from each $17.99 calendar is going towards the Blue Green Alliance, a non-profit organization dedicated to expanding the green economy, jobs, alternative energy and mass transit - so you'll even be doing your bit for the industry.

The 2012 calendar is available to order through the Pump Rebels website and you'll also find it on Amazon.

As for us, we've suddenly got a strange desire to order a 2012 Honda CR-Z. Funny, never really thought about one before...