The badge on the front may not matter as much to mobility-focused, early self-driving car adopters than how that brand shields them from hackers and other digital threats, a new survey suggests.

The report, which was released by the IBM Institute for Business Value, surveyed more than 11,500 consumers and 1,500 automotive executives to offer a glimpse on the future of the automotive business, including electrified and autonomous sectors that could revolutionize carmaking in the next decade.

Consumers from eight countries were canvased, including the U.S., India, and China. Most of those surveyed, 65%, reported living in cities or urban centers, compared to 35% who said they lived in rural areas.

IBM predicted that by 2030, up to 15% of new cars sold will be self-driving, although the study didn't identify if those cars would be Level 4 or 5 self-driving cars.

Nearly half of respondents, 48%, said the brand of autonomous vehicle wouldn't matter as much to them as cost and convenience. More than half of respondents, 57% in the cities and 46% in rural areas, said the vehicle brand would play a role in determining what they purchased if the automaker focused on data privacy and security, above initial cost. 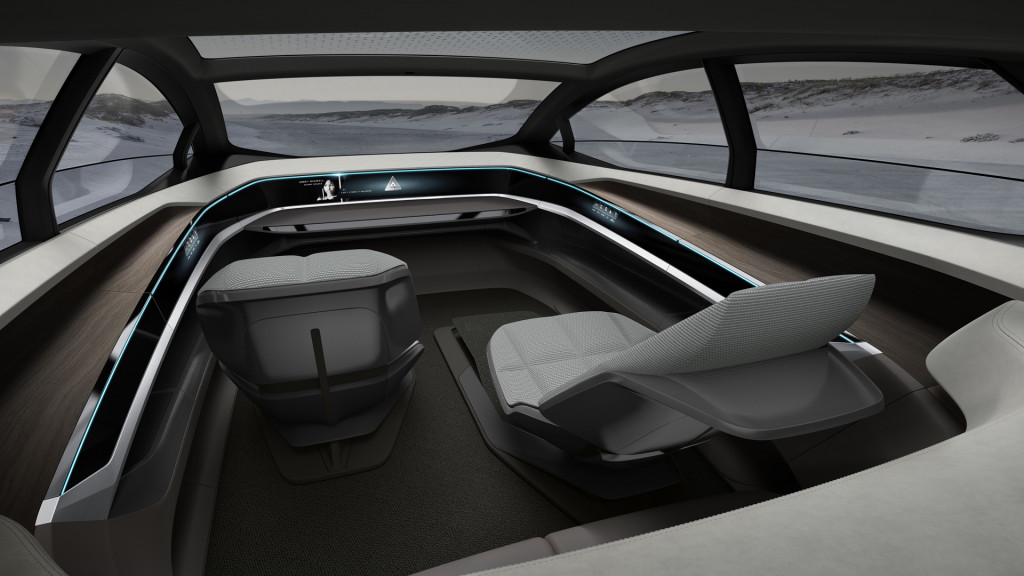 Consumers suggested that they would consider loyalty toward some brands if they could transfer personalized information between vehicles within the same brands. Automaker-sponsored programs, similar to airlines' frequent-flyer rewards, could help foster brand-loyalty too, according to nearly half of respondents.

On the other side, 68% of auto industry execs said they believe self-driving cars will help differentiate their brands from other automakers by 2030. About two out of three auto execs said that digital integration with connected devices will become important in fostering repeat buyers to each brand. The study suggested that on average, every person will own 15 connected devices by 2030.

Three out of five auto industry execs identified sustainability as a key influencer in the industry today, but only about two out of five agreed that it would be by 2030. Autonomous cars and electric cars typically go hand in hand for many automakers, who agree that future sustainable mobility largely will be electrified.

Other key findings from the survey:

- 55% of urban respondents and 40% of rural respondents said they would be interested in self-driving cars that automated some or all of the driving tasks by 2030.

- Well over half of respondents—60% of urban respondents and 53% of rural respondents—said they would be interested in receiving news, weather, and traffic updates in cars while they were traveling.

- More than half—59% in cities, 48% in rural areas—said they would like to be entertained on their drives via personal social media, music, and video.

- Four out of five auto execs say digital experiences in the cars will foster loyalty among brands, including learned preferences, natural-speech recognition, and integration with other devices.