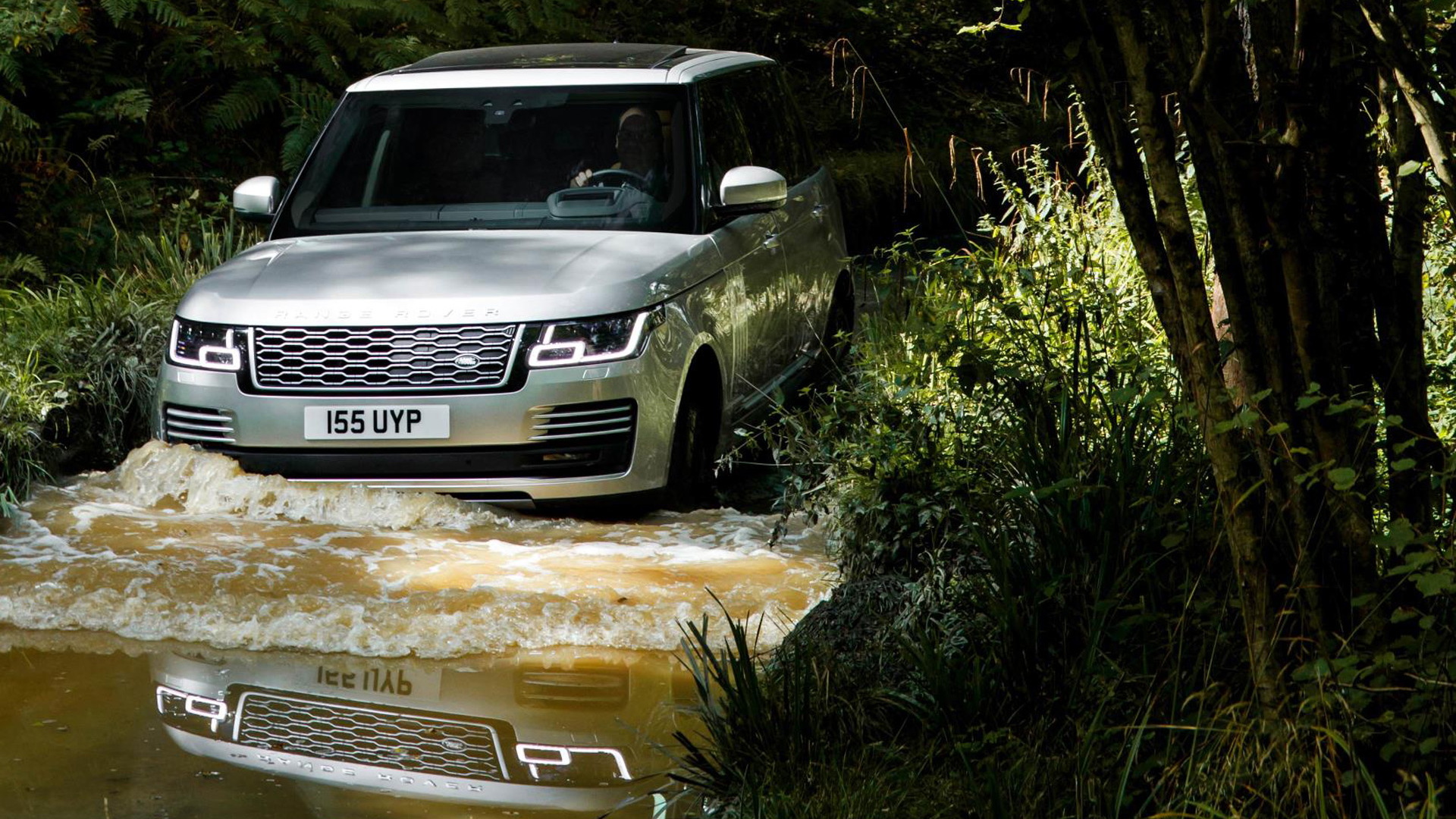 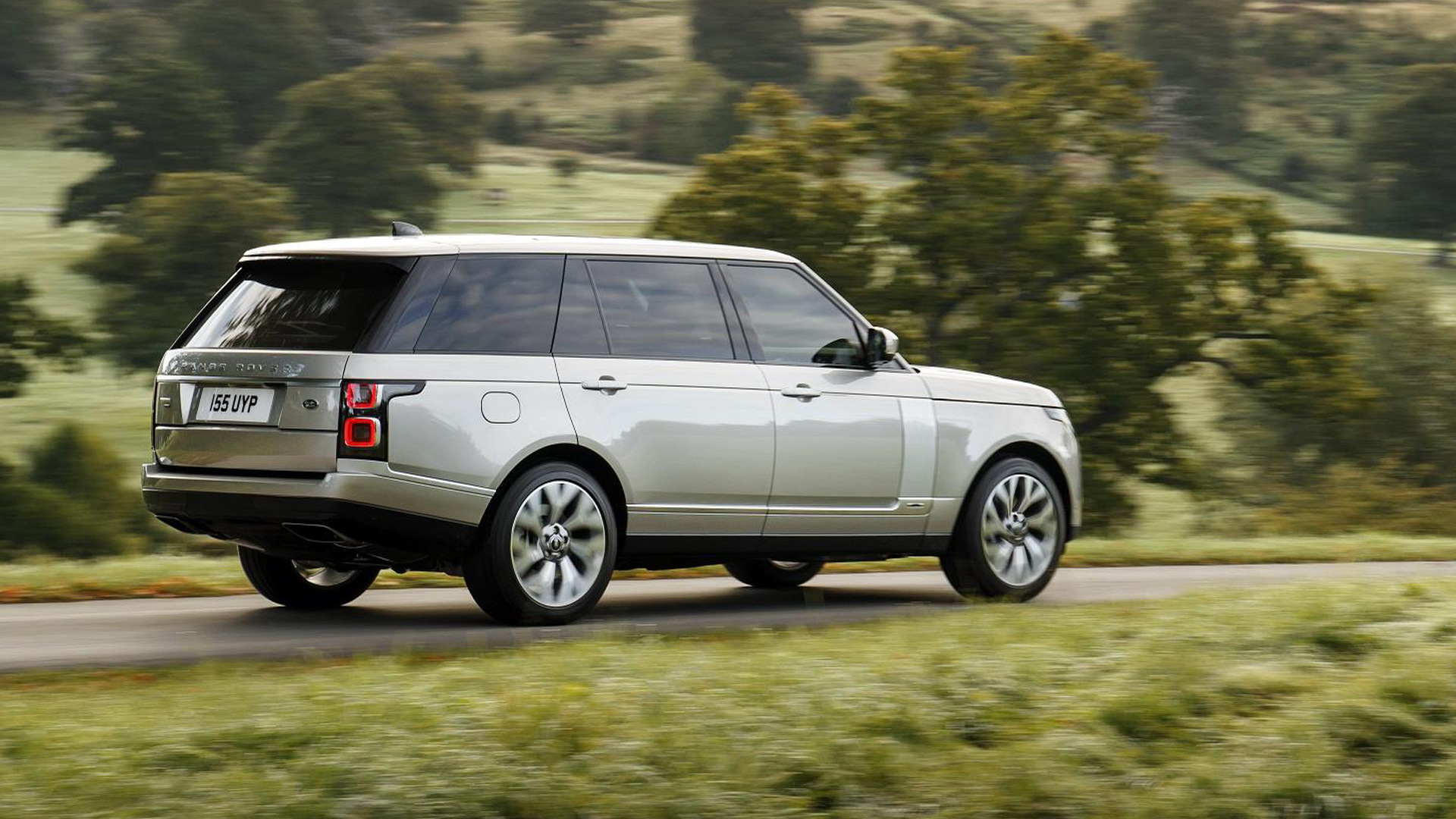 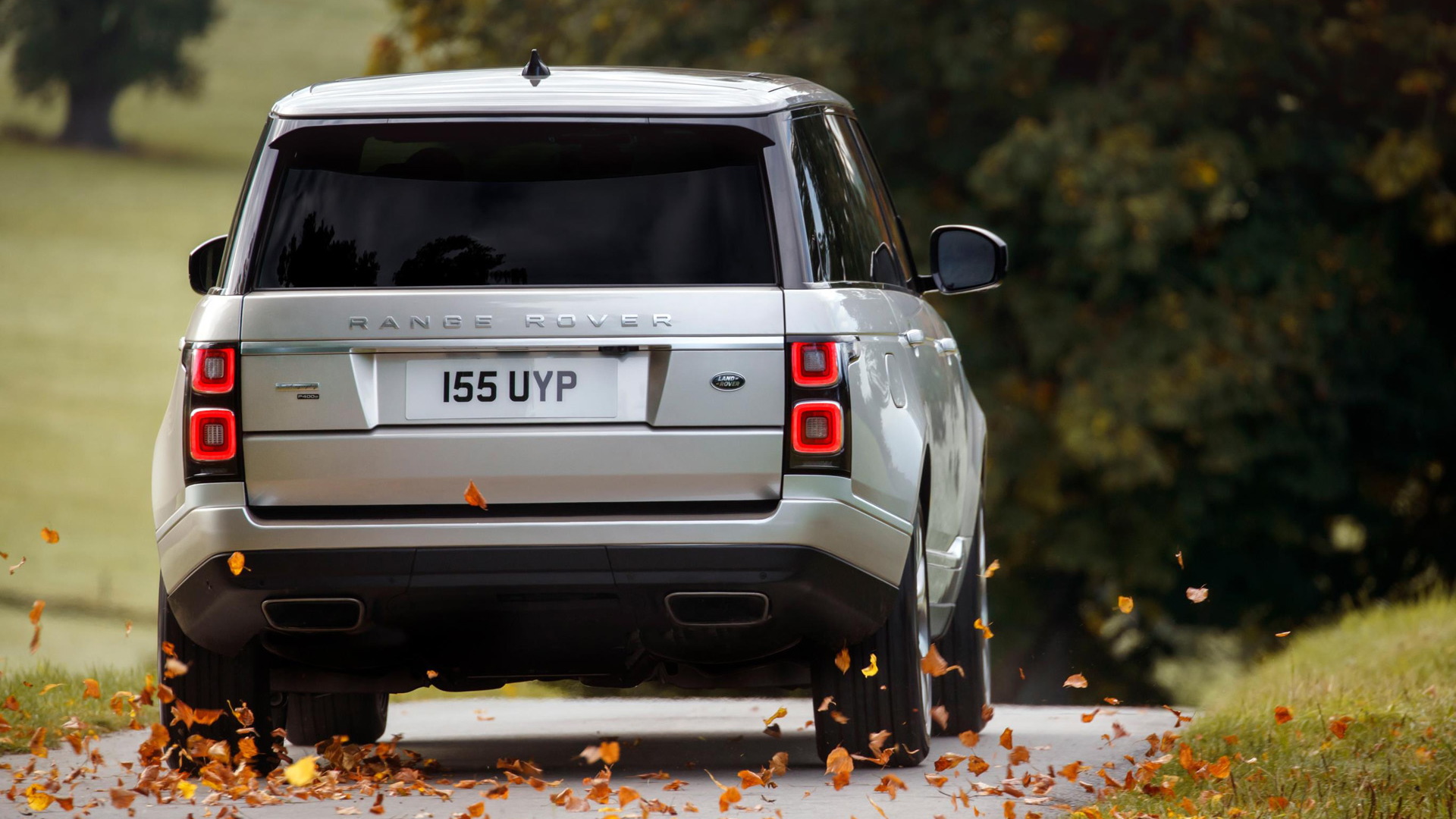 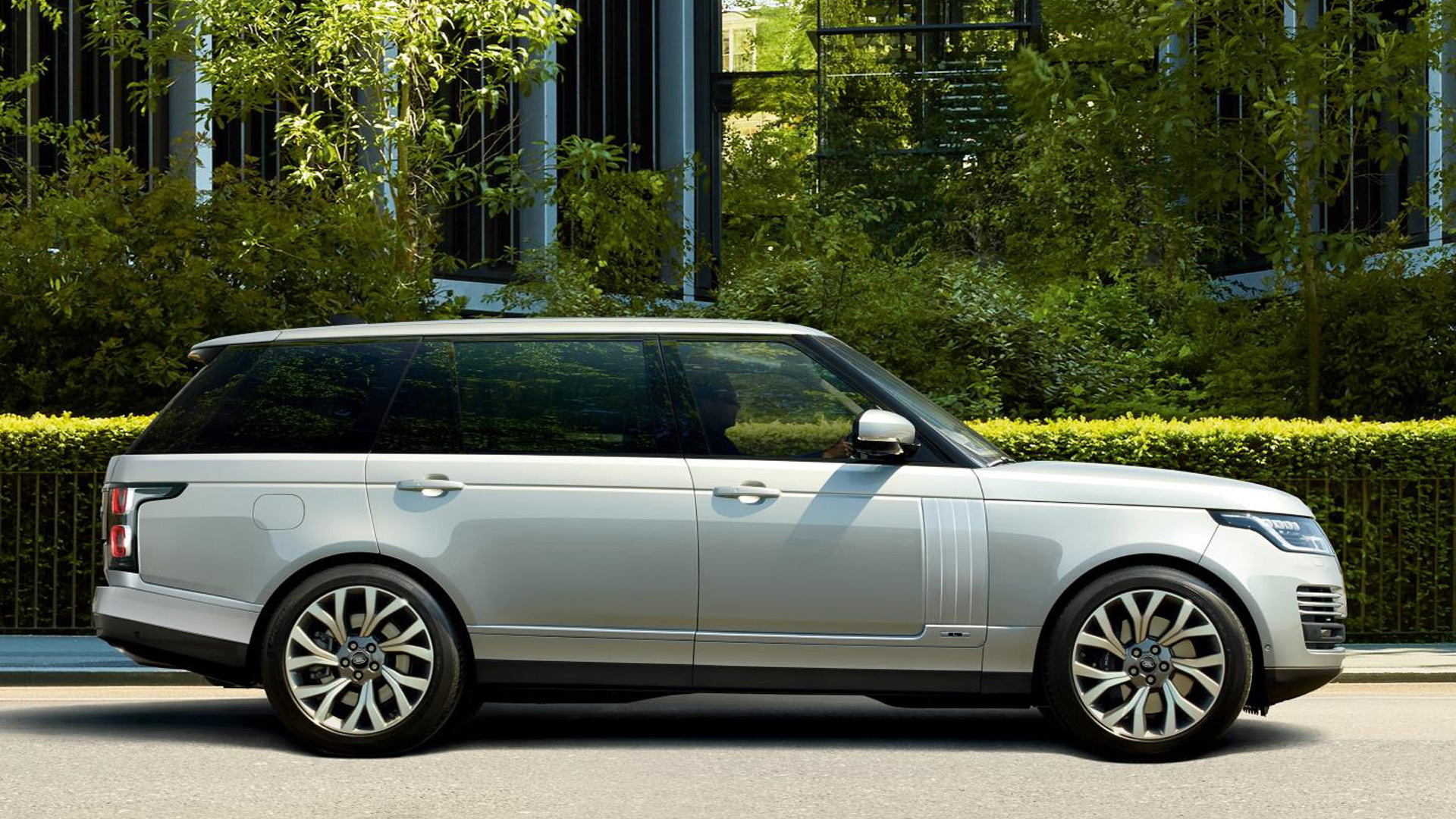 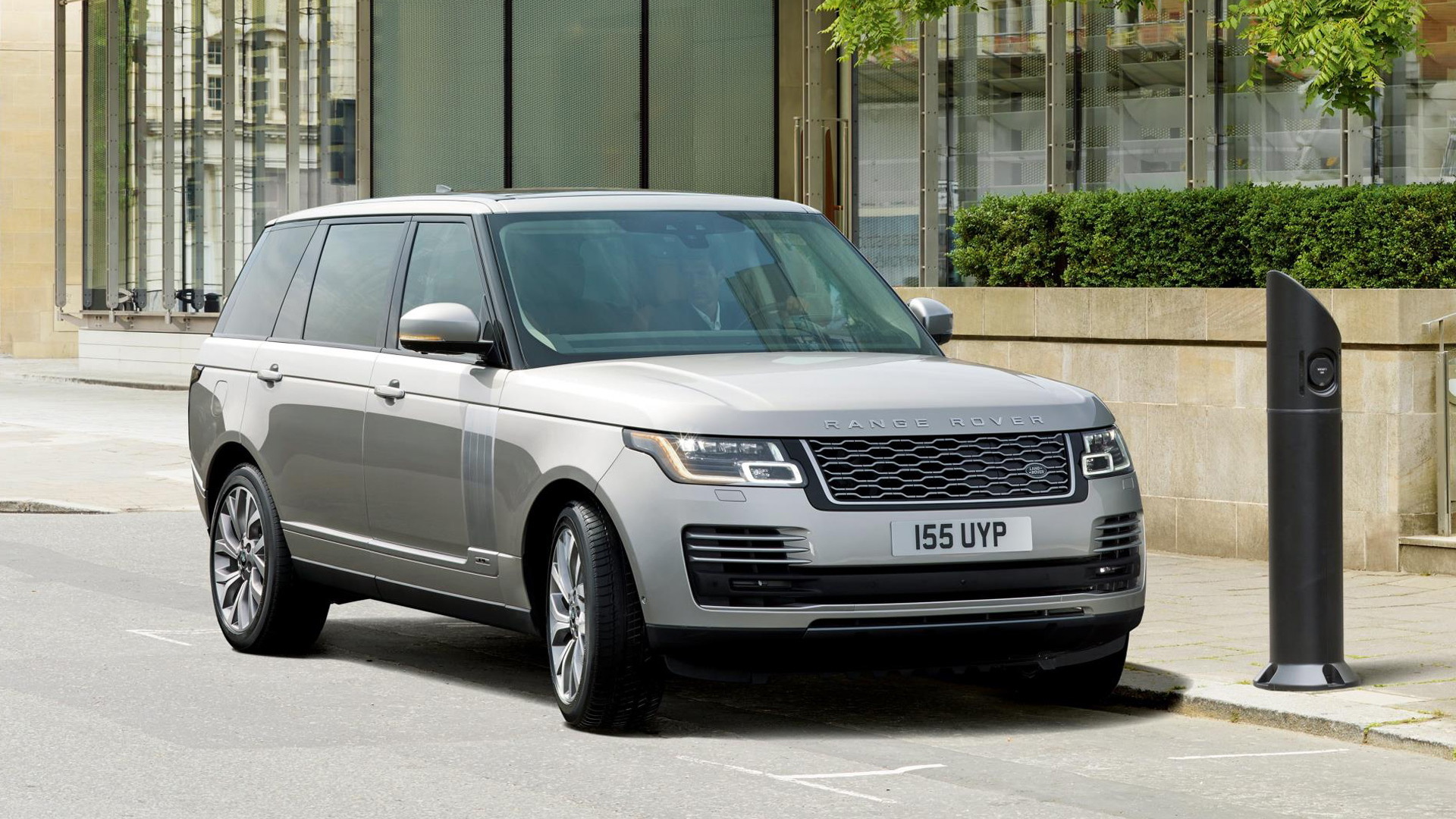 No doubt the hoi polloi are prepared for emissions-free vehicle zones, what with their bicycles and their little electric cars.

But what is the aristocracy to do when its high-end luxury SUVs are banned from city streets in central London?

With a claimed 31 miles of electric range from a 13.1-kilowatt-hour battery pack, the P400e can travel through and around congested urban centers without tailpipe emissions.

The prototype Range Rover P400e we drove in Los Angeles was a smooth, silent operator with the gentle but instant torque typical of electric propulsion.

Free of urban constraints, the P400e behaves much like a supercharged V-6-powered Range Rover—except for occasional silence and a fuel gauge that moves toward E more slowly. 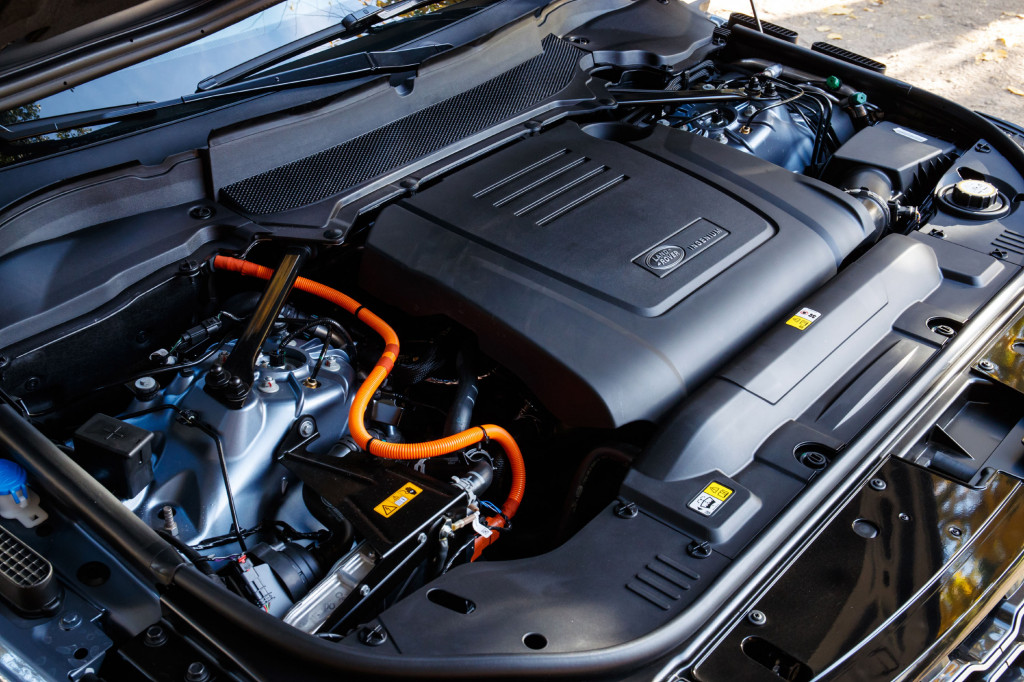 Drivers can specify when they want to use electric power, so the gentry can charge their vehicles overnight at their estates, default the P400e to run as a hybrid on the way to the High Street, then select EV mode as they enter those deuced emissions-free zones.

Here in the U.S., where zero-emissions zones don’t exist, the P400e’s advantages are centered more around lower fuel consumption, tax incentives, and the advanced technology of a plug-in vehicle.

It’s still too early for EPA ratings, but power output is impressive.

The P400e pairs a 2.0-liter turbo-4 with a 85-kilowatt (114-horsepower) motor and the lithium-ion battery pack, hidden under the cargo floor. Combined, engine and motor deliver 398 peak horsepower and 472 pound-feet of torque, sent to all four wheels via an 8-speed automatic transmission.

Range Rover's quoted 0-to-60-mph time of 6.4 seconds feels credible, and there’s power in reserve for passing. But with a curb weight nearing 3 tons with passengers onboard, this greenest of Range Rovers is hardly fleet of foot.

However, its air suspension belies its heft to provide the wafting ride characteristic of Range Rovers, along with remarkably sharp handling. 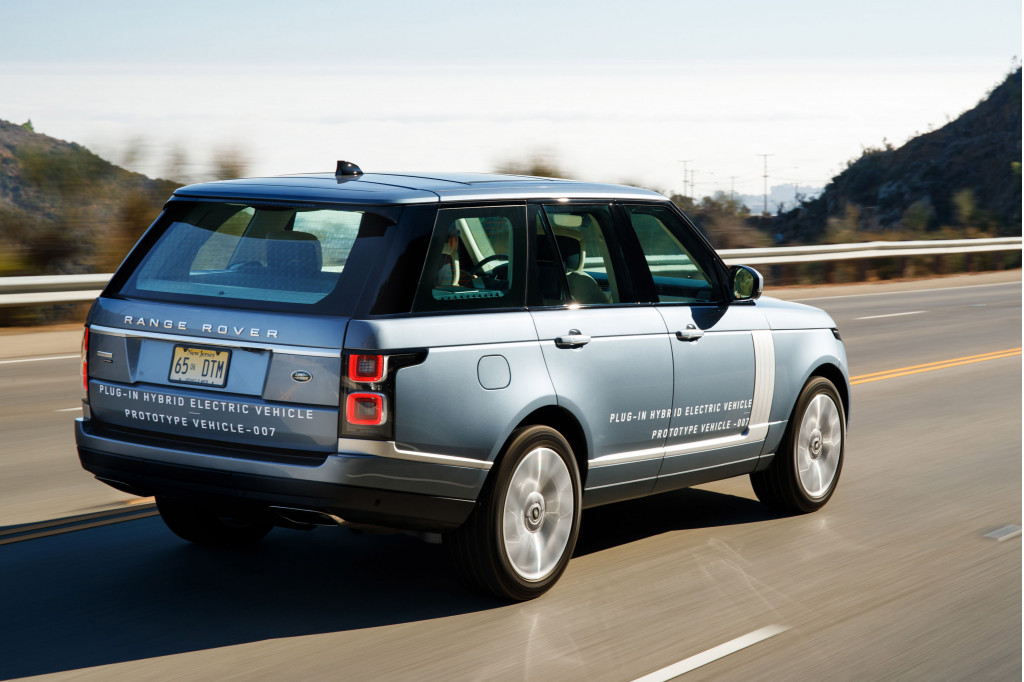 Only the regenerative brakes require some acclimation: They’re plenty strong, but suffer from a spongy feel and low-speed grabbiness.

Off-road, the electrified powertrain has its pros and cons. The P400e can operate on electric power alone in both high and low ranges, which makes for exceptionally quiet low-speed four-wheeling.

The throttle has been dialed back in off-road modes since the 472 pound-feet of torque would dig all four wheels into the ground almost instantly if not properly modulated.

Curiously, unlike other luxury brands, Land Rover includes only a standard household charger. A Level 2 charging cables is a optional extra, perhaps a reminder that the automaker may not expect owners to interact with public charging infrastructure much.

The extra range provided by electrification is a boon for four-wheeling. However, while Range Rover engineers admit the game-changer would be solar recharging, that’s still a long way off for meaningful amounts of energy.

At least in-town charging is a cinch. Elegantly integrated into the Range Rover P400e’s grille is a port for the 7.0-kw charger with LED status indicators. Charging times range from just under 3 hours with 240-volt Level 2 charging to 14 hours plugged into a standard 120-volt household outlet. 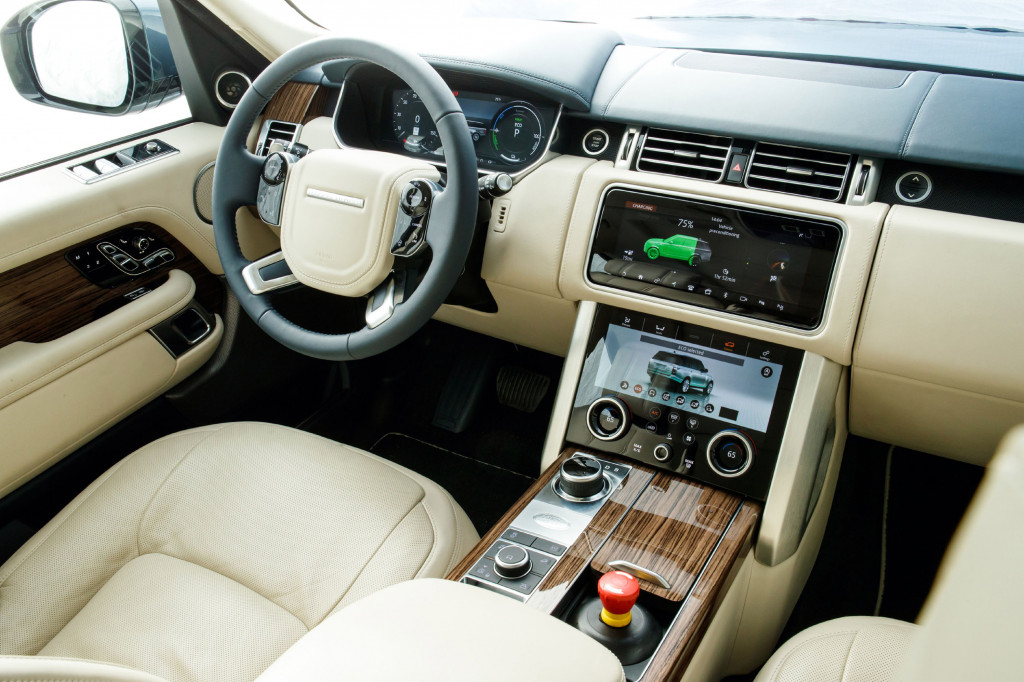 Other than its silent operation, the Range Rover P400e is identical to the recently updated Range Rover lineup.

A modest refresh eliminated most knobs and buttons inside the cabin and replaced them with a pair of 10.0-inch touchscreens.

Rear-seat passengers are now treated to a hint more room and the option of a lot more adjustability, plus individual heating and cooling options. There’s not a bad seat in the house.

Starting in May, the 2019 Range Rover P400e will be offered in the short-wheelbase HSE trim level starting at $95,150, or about $700 less than an equivalent turbodiesel version.