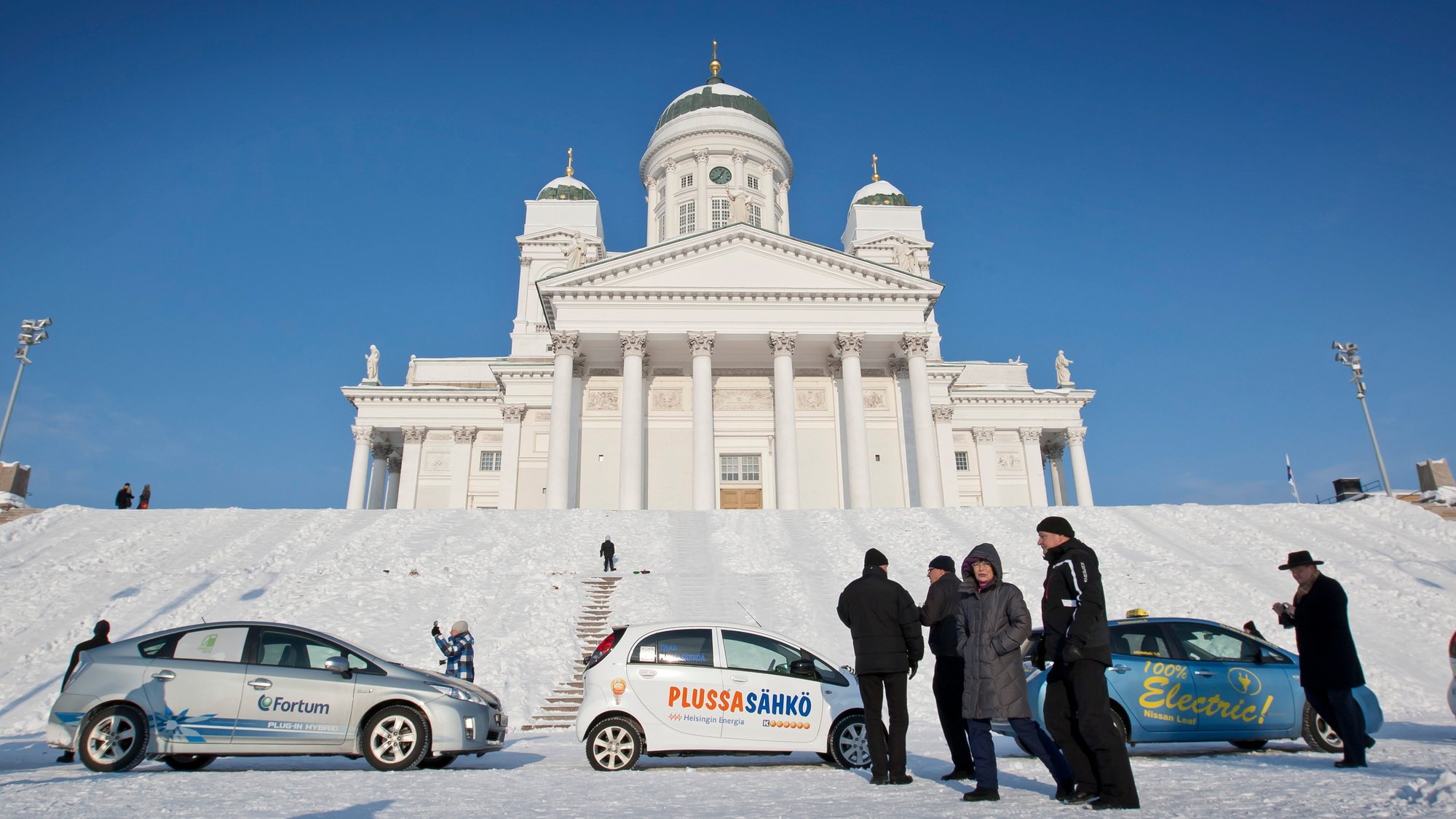 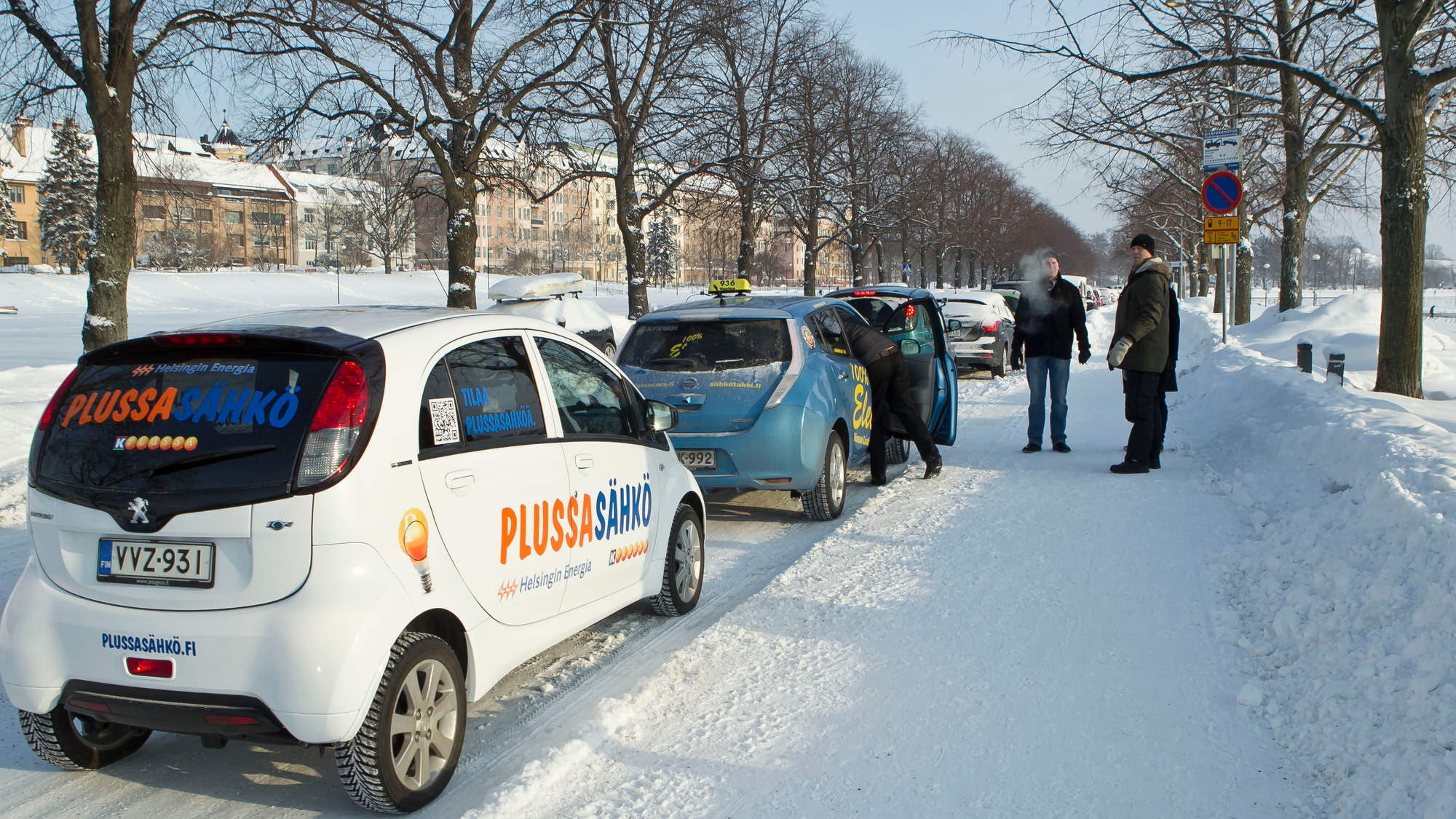 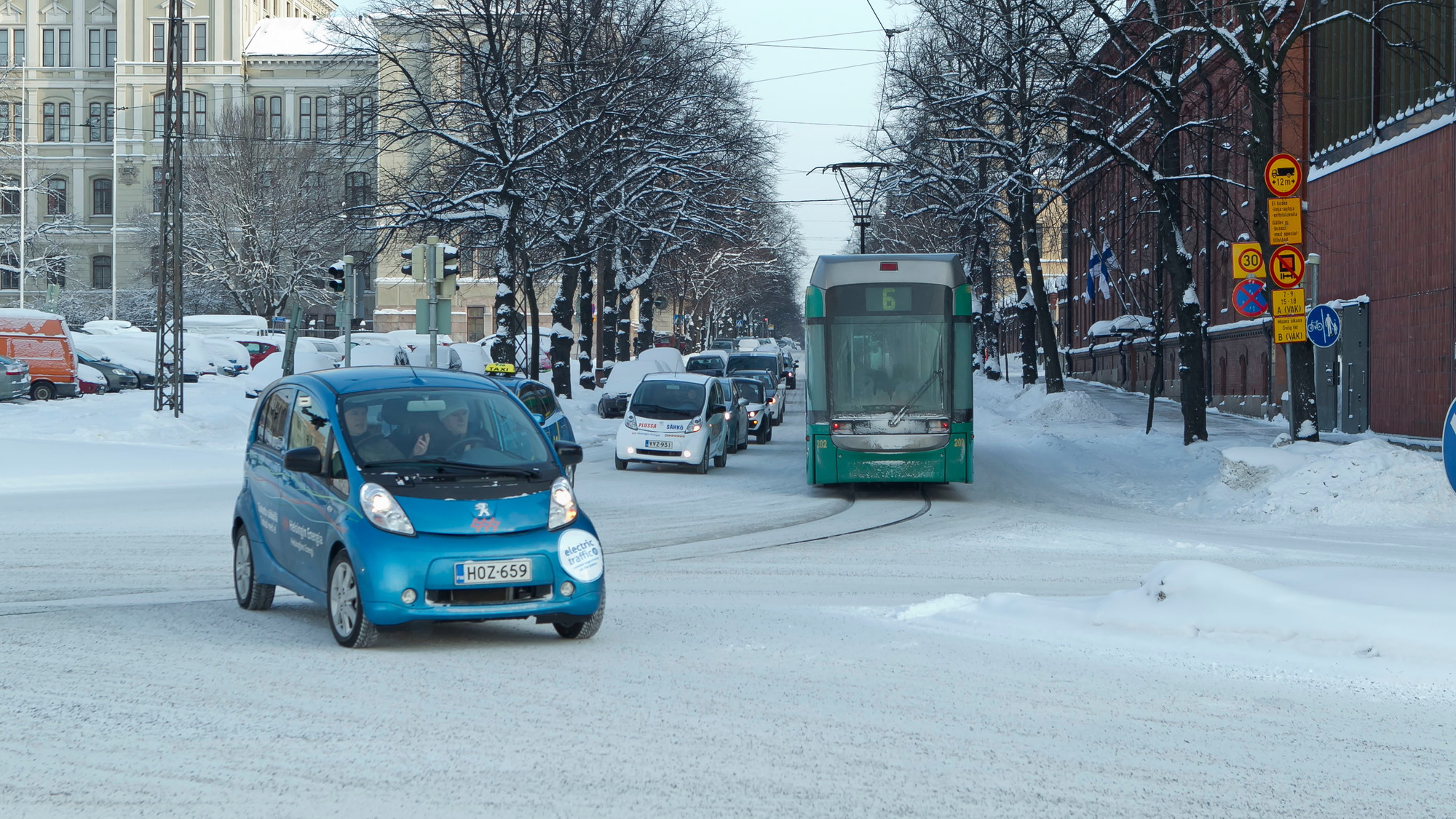 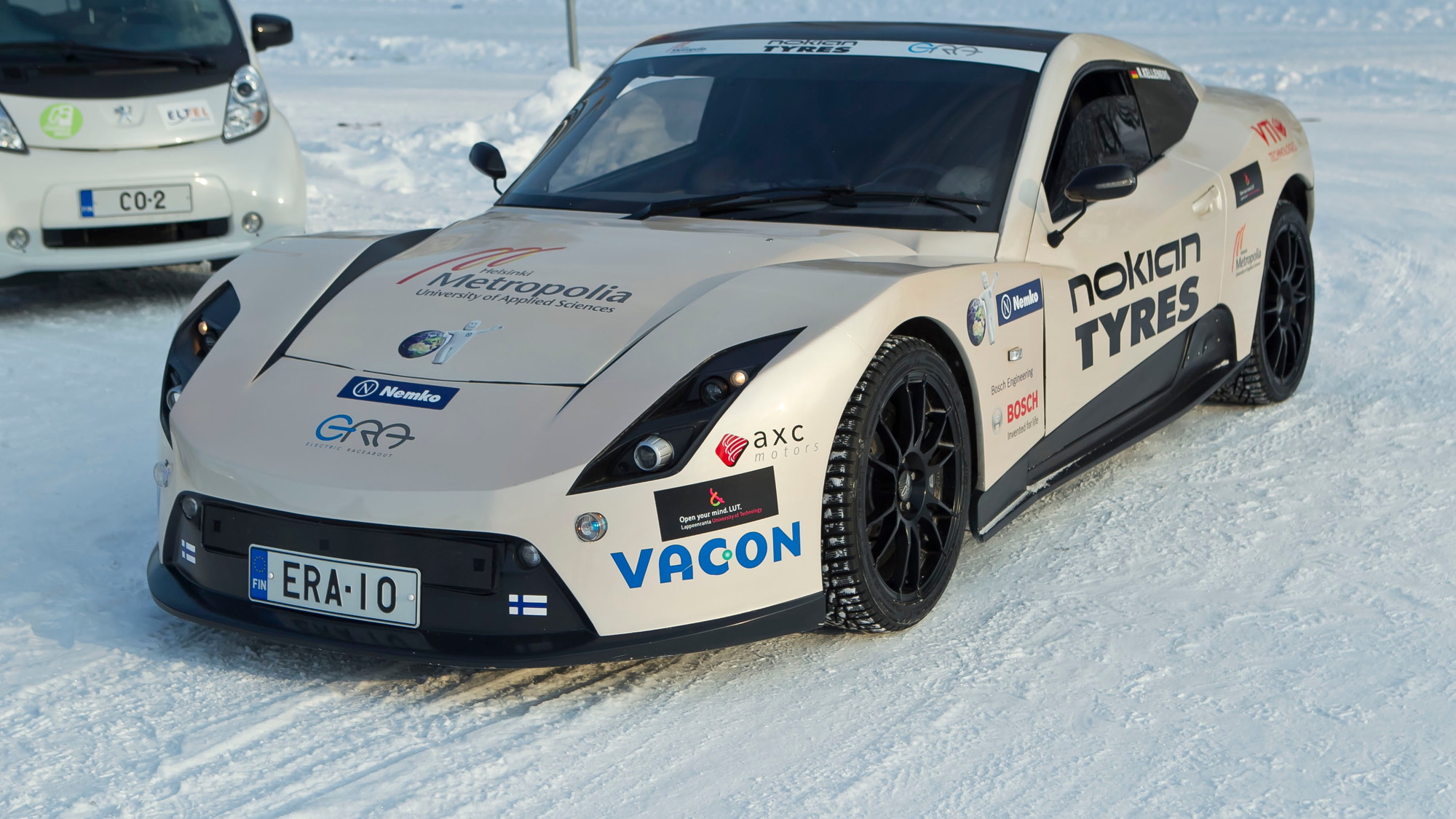 We've all heard stories about woefully low range from electric cars in icy climates, but just how suited are EVs to very cold conditions?

That's what a bunch of Finnish electric car owners decided to find out, led by Finland's Electric Traffic program.

Nine electric vehicles participated in a winter drive from Helsinki Olympic Stadium, to Senate Square in front of Helsinki cathedral.

In temperatures of minus 20 degrees celsius (-4 Fahrenheit), cars like the 2011 Nissan Leaf, three Peugeot iOns (the French company's re-badged Mitsubishi "i"), a Mercedes-Benz Vito E-CELL van and a Toyota Prius Plug-In, as well as a couple of home conversions, made the short 12 kilometer (7.5 mile) hop across the city. Also making the journey was a small, electric, kei-class van known as an Elcat, used by the Finnish postal service for many years.

7.5 miles isn't enough distance to test the cars' range capabilities of course, but it's a test on icy, snow-covered roads in low temperatures, demonstrating that electric cars are still perfectly usable when the mercury drops.

In fact, the cars were operating happily at temperatures that even internal combustion cars can occasionally struggle to start in, particularly diesel vehicles susceptible to frozen fuel, without auxiliary heating to keep the engine block and fuel tank warm.

Some electric cars are more suited to cold conditions than others. The 2011 Tesla Roadster Sport 2.5 we tested at the end of 2010 was happy in snowy conditions and capable of decent range too, with its thermally-managed battery pack.

We'll be doing a little more cold-weather testing soon too, so keep your eyes peeled.