That’s the question asked by a British ex-pat blogger Brian London, who recently took a Renault Fluence Z.E. to his local Israeli battery swap station to see, as he put it, “What is it like having a battery inserted where the sun doesn’t shine?”

While the battery swap stations aren’t due to officially open to the public until June, London was allowed to take one of Better Place’s test cars through the station to experience the battery swap process first hand.

Luckily for us, he took a camera with him too.

Likening the experience to driving through a fully automatic car wash, London said once the car was inside the battery swap station, it was manipulated on a set of rollers until it was located in exactly the right spot for the battery swap to take place. 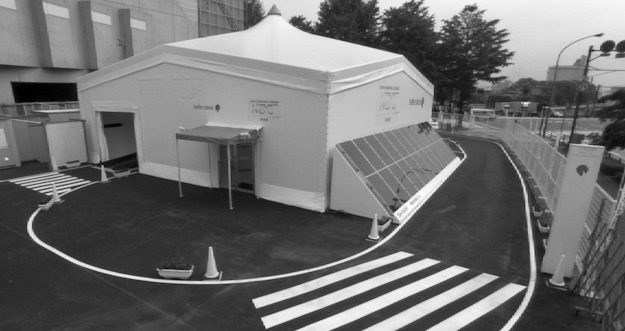 “Once you’re being pulled through the process you can feel the car being jostled a little to line it up and then it physically lifts a few centimeters,” wrote London. “Sensors make sure nobody opens a door and the whole process will stop if that happens.”

London notes that there is very little noise during the process, with only a little vibration as the battery pack is removed and a new one inserted, while an in-car display details exactly what’s happening to the car as its battery is swapped out.

In total, the battery swap process is reported as taking “exactly 5 minutes”, making it much quicker than any other full recharge method currently on offer.

But with the battery swap stations still in testing phase, Israeli Better Place customers will have to wait a little longer before they can test the system for themselves.

Should the U.S. use Better Place style battery swapping stations? Would you like to recharge your car that quickly, or do you charge away from home so infrequently that waiting for a 30 minute charge in cars like the 2012 Mitsubishi i and 2012 Nissan Leaf isn’t a big deal?

Let us know the he Comments below.