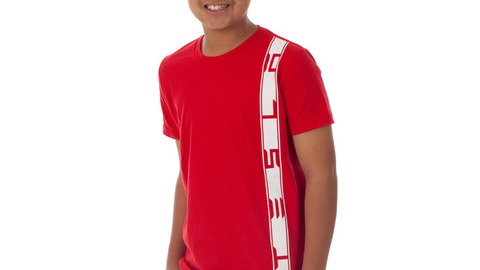 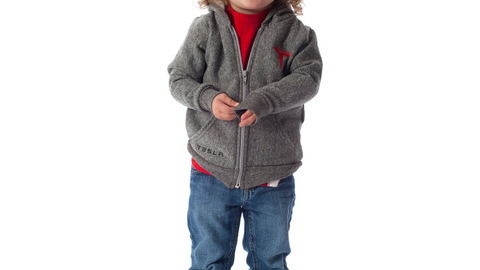 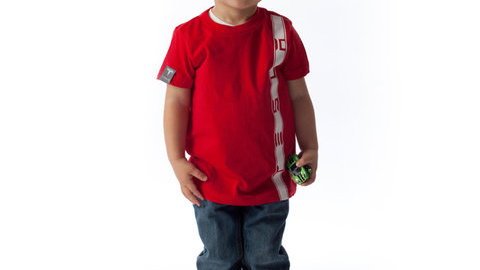 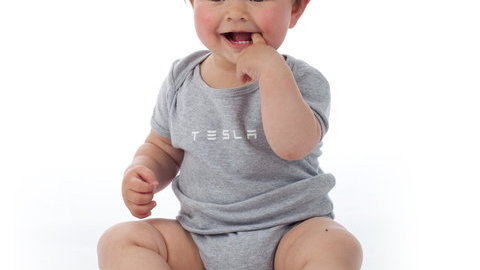 Here’s a question. Would you put your kids in branded clothes for a $109,000 sports car?

If you answered yes, then we think that’s the answer Silicon-Valley electric car firm Tesla Motors is hoping for after it has quietly launched a new line of clothing aimed specifically at those way too young to have a driver’s license, yet alone own a Tesla Roadster.

For the budding Elon Musks out there, Tesla’s latest line of apparel caters for babies through to toddlers and tweenies, with a selection of designer tops designed to go with daddy’s (or mommie’s) super-fast sports car.

Tesla isn’t the first automaker to go for the younger audience. Supercar legends Lamborghini and Ferrari have been sticking a logo on everything from baby bandanas through to Scuderia shoes, so much so that branded merchandise has almost become a rite of passage for every successful sports car.

We can’t help but wonder  if Tesla’s slightly more hip offerings are due to its Vice President of Design and Store Development, George Blankenship. For those not in the know, Blankenship helped develop the trend of cool at retail giants GAP and Apple. Hired by Tesla to help bring Tesla's brand to the masses, Blankenship must have had a part to play in its latest apparel offering.

The branded T-shirts and hoodies will certainly make any budding electron-head the envy of the school (or nursery) playground but at $22 each you're going to need a very deep pocket or a very clean child to put them in Tesla's white onesie.

For the older child howver, we can see Tesla's bright red striped logo shirt being a required wardrobe addition when going for a ride in their parent's Tesla this summer.

Should we put our kids in branded clothing for our favourite sportscars? Would you? Let us know in the Comments below.